From the Archives: Haley Bennett

A look back at our conversation with The Girl on the Train star about her first-ever role, Gregg Araki, and her then-aspirations. 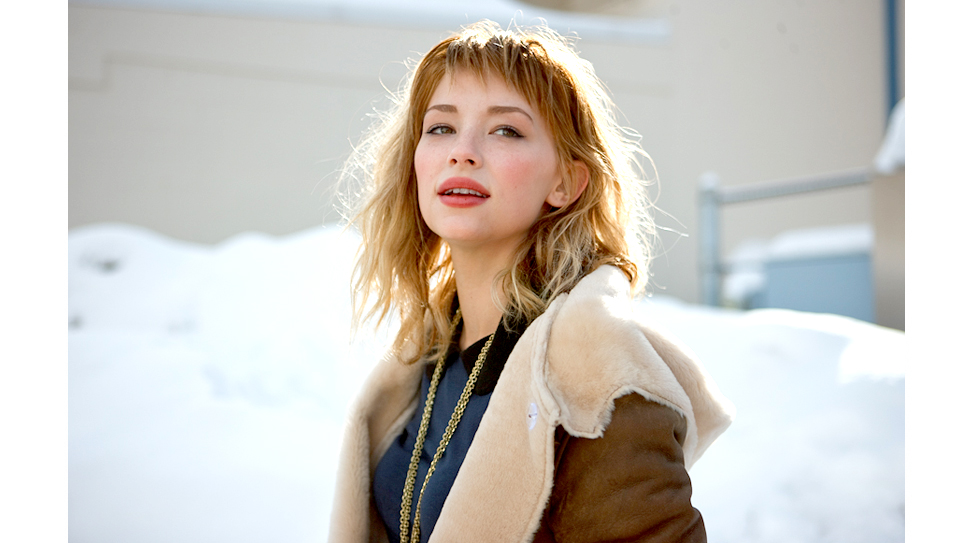 My goal is to take on interesting and unexpected roles. I would love to continue to work with filmmakers who have an amazing vision, so hopefully that will come to fruition.

HALEY BENNETT, KABOOM, MUSIC AND LYRICS, RULES DON'T APPLY, THANK YOU FOR YOUR SERVICE, THE GIRL ON THE TRAIN, THE MAGNIFICENT SEVEN, WEIGHTLESS

If you don’t yet know her name, Haley Bennett is bound to become a household name this year. There’s simply no stopping the fast-rising actress: a leading role in Thank You for Your Service opposite Miles Teller, Antoine Fuqua’s The Magnificent Seven, the much talked about The Girl on the Train, and Warren Beatty’s Rules Don’t Apply. Not to be outdone, we’ll see Bennett in Terrence Malick’s Weightless come 2017, alongside Michael Fassbender, Christian Bale, Natalie Portman, Ryan Gosling, Rooney Mara, Holly Hunter, Cate Blanchett, Val Kilmer, and Benicio Del Toro.

We’ll first see Bennett in The Girl on the Train. Based on Paula Hawkins’ bestselling novel, the thriller centers on 32-year-old alcoholic Rachel Watson (Emily Blunt), who spirals following the dissolution of her marriage and job loss. When she becomes fixated on a couple while riding the train each day—including Megan (Bennett) who goes missing—the police begins to suspect Rachel. Not only for her unreasonable obsessive tendencies and feelings of kinship with a couple she doesn’t know, Rachel suffers alcohol-induced blackouts, leaving her with no discernible alibi.

[Editor’s Note: The following interview was originally published on January 30, 2011.]

We’re certain you’ve witnessed Haley Bennett’s onscreen charm before. In fact, we would wager that you’re particularly au fait about her debut performance as fictional popstar Cora Corman in the 2007 Hugh Grant/Drew Barrymore-vehicle Music and Lyrics. If Bennett’s most recent outing in Gregg Araki’s Kaboom underlines her massive star potential, it’s one of several musical numbers in Music and Lyrics—Exhibit A—that demonstrates her willingness to go the distance.

A Naples, Florida native, the 22-year-old moved to Hollywood with her mom in 2005 to chase her acting and singing ambitions. In two short years, she landed the aforementioned debut role. Now you can catch her in Kaboom, premiering at the Sundance Film Festival. Bennett plays Stella, a sarcastic and whip-smart lesbian art student loosely based around Araki’s best friend from college.

You’re a busy lady! Every invite I’ve seen at Sundance has your name on it somewhere.

Sundance has been so amazing! It’s so special because I get to spend it with my amazing, eccentric, and beautiful cast. They’re like little stars. They’re like the brightest stars in the sky.

So was there a definitive moment in time when you thought, “I want to become an actress”?

Oh man… [Laughs] I really have no idea. There wasn’t a moment of epiphany or anything.

Music and Lyrics was your first film, if I’m not mistaken.

That was indeed my first film. That marked my official entry into the entertainment industry.

How did you land the role of Cora Corman? It’s a high profile part for a newcomer.

I got the part after like seven auditions. I definitely put in my dues for that one.

We have to talk about “Buddha’s Delight.” Your character is obviously a parody of the Britneys and Christinas of the world, but you pulled out some legit pop songs in that movie.

I’ve been enjoying the residuals! [Laughs] We just want more and more people to buy the songs.

When that movie came out, did people recognize you on the street as Cora?

Not really. It was such a specific character that nobody would ever recognize me from that film in real life. A lot of people don’t even believe that it was me! I’m just so very different from Cora, you know? Cora is this crazy, vapid popstar.

How did you get involved with Kaboom?

I read the screenplay like a year before they actually started the casting process, so it had been on my radar. When the casting started I was like, “I have to get in this!” I felt really passionate about it and knew it was going to be this really special project. I auditioned like the rest of them and, thankfully, I got the part. My manager actually has three clients in the movie: Roxane Mesquida, Thomas Dekker, and myself. She has a good handle on what our tastes are like. Thomas and I have such similar tastes, and Kaboom was right up our alley.

Gregg told me that he auditioned dozens and dozens of actors for all the parts in the movie and you in particular had this amazing movie star quality.

That’s very humbling to hear. We’re so fortunate to have this incredible cast. We have such great chemistry as well. Everyone brought their own special thing to the film. Gregg has great taste!

I understand that Stella was loosely based on one of Gregg’s close friends from college. What was your own personal take on that character?

This is definitely the most autobiographical film that Gregg says he’s ever made. The character was based on his best friend who was a lesbian—a lipstick lesbian, I’m assuming. She apparently had blue hair and I’m actually a little disappointed that I didn’t get to dye my hair blue for the movie.

Regardless, your hair looked pretty immaculate. Not a single hair follicle out of place.

[Laughs] I chopped like 12 inches off my hair because I had really long hair going in. It was sort of a revelation for me because I realized I look like shit with long hair. As for my take on my character, she’s just so fucking cool, man! I just wanted her to be this really cool chick, which is the complete opposite of who I am. Again, much like Cora, she’s such a character and I love playing characters. I had a lot of fun exploring her different nuances: she’s confident, she’s a fucking spitfire, she’s very comfortable with her sexuality, and she’s intelligent. What I love about all the characters in this film is that they’re ageless in a way. You don’t think about how old these characters are except that they’re fresh, youthful, and really free-spirited. You don’t see that a lot in teen movies where young characters come off as being very juvenile.

As much as the characters are hyper-stylized, the real exuberance is so much inside of them.

I could literally cry right now because I love this cast so much. People have been asking me, “What does it feel like to be part of the most beautiful cast?” and I don’t even really think about that because they’re supremely talented and the most amazing people I’ve ever met. I think that really radiates on the screen. I’ve been so lucky to be around these standout people.

How familiar were you with Gregg’s work prior to Kaboom?

I was a diehard fan.

So you knew what you were getting yourself into then.

Oh yeah, I totally knew. [Laughs] I’m not trying to be biased or anything since I’m in Kaboom, but I love all of Gregg’s films. This is his ninth year at Sundance, which is quite a feat. I was so lucky to have been asked to be a part of this little piece of deliciousness.

There are obviously scenes and elements to Kaboom that might read strangely on paper. Were there any instances on set when you were like, “Really? You really want me to do that?”

Yes, of course! But you have to have this immense trust in your director. It has this sort of David Lynch-ian, Twin Peaks kind of surreal fantasy spin to it. Real people don’t talk the way the characters do in the film, and yet, it all comes off fairly naturally. Some of the scenarios are so extreme and crazy. I remember being on set where Juno [Temple], Thomas and I would be like, “Nothing that we’re saying makes any sense!” [Laughs] None of us really knew how this was going to turn out, so I guess it’s understandable to be a little bit wary. There were definitely moments where you go, “We have to say what?!” But it did turn out somewhat honest considering what the material is like. It was somehow grounded, you know? It was definitely a challenge for us as actors to play these parts believably, not to mention treat scenarios as if they were believable.

What’s next on your agenda? Do you have your eyes set on any exciting screenplays?

I’m reading some stuff. I’m waiting for something really special to come along. I’m not interested in just doing anything. I want to get behind a project that I’ll be proud of. I would love to explore different characters and not just be pigeonholed into playing the same character over and over.

Although you don’t have a lot of films under your belt yet, I can definitely see that you’re making really interesting choices. I’m looking forward to seeing where you take your career.

Thank you! I actually just finished a pilot that’s really beautiful called Outlaw Country. I like to sing in films, too, because that’s my other passion. It was really cool to play a country singer. My goal is to take on interesting and unexpected roles. I would love to continue to work with filmmakers who have an amazing vision, so hopefully that will come to fruition.