The Art of Running

The cast and crew of Run on its self-awareness, fashioning a fake news world on film, and the life cycle of any given project. 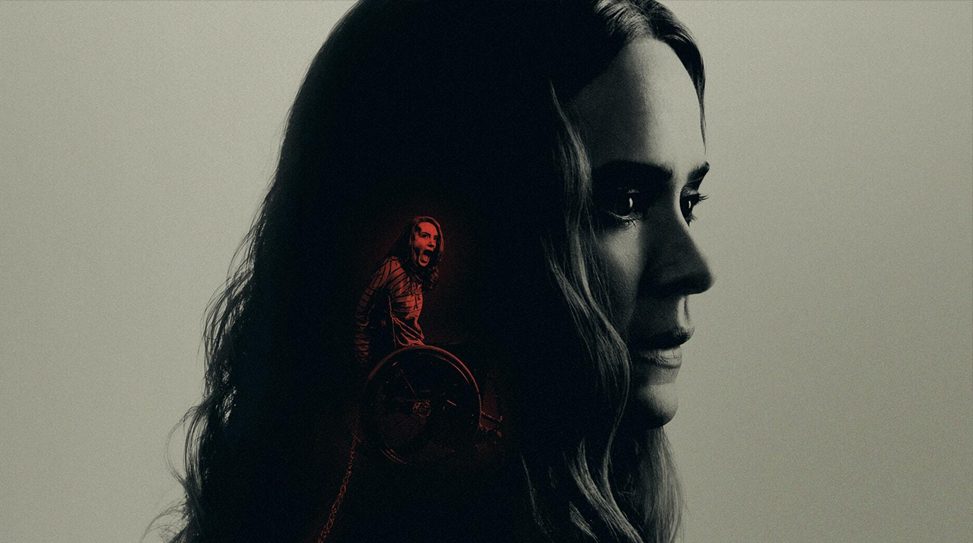 There can be a period of time when you watch a movie where the world magically makes it feel sort of prescient. We’re in one of those bubbles with Run—one of them, hopefully.

In 2018, Filmmaker Aneesh Chaganty stormed Park City with Searching, for which he picked up the coveted Alfred P. Sloan Feature Film Prize at the Sundance Film Festival. That film, a John Cho abduction thriller, played out almost entirely from the perspective of an omniscient computer screen. Hollywood took notice of its ingenuity, and now Chaganty—along with co-scripter Sev Ohanian—returns to the world of contained suspensers, this time breaking out from the confines of technology and into a rural home in Seattle, Washington. With Run, the duo have engineered a deranged cat-and-mouse game between a mother and daughter whose relationship rumbles atop a fault line of truth and lies. This is a film you don’t want to know too much about going in.

Putting the terror—and fun, where storytelling is concerned—back in Munchausen Syndrome, single mother Diane (Sarah Paulson) is the proxy to her 17-year-old daughter Chloe (Kiera Allen). Premature at birth, Chloe is a wheelchair user and her body is host to numerous medical maladies, and so she reluctantly relies on her mother for primary care. She appears content enough, all things considered, but the teen is understandably eager to leave the nest and begin life outside the home—solo. Every day’s postal delivery brings the promise of a college acceptance letter, but Diane always manages to get to the mail first, routinely delivering Chloe the bad news. Then a mysterious pill is introduced to Chloe’s cocktail of medications and her dawning suspicions of her caretaker continue to escalate before going full tilt. Diane won’t let Chloe get away without a fight.

Anthem caught up with Paulson, Allen, Chaganty, and Ohanian to discuss Run’s surprising self-awareness and the new ways the film might hit viewers in our time of COVID-19.

Run is now available to view on Hulu.

There are instances where the film is very self-aware, like when Diane and Chloe go to the movies. They’re clearly watching a horror movie. On the marquee is another movie called Fake News, which immediately situates Run in our current reality, perhaps politically, maybe not. Aneesh and Sev, you guys engineered these details. So Sarah and Kiera, do you think that colored your understanding of your characters’ world any differently?

Kiera Allen: Such an interesting question…

Sarah Paulson: That is a really interesting question. I’m gonna say no because what you’re saying never occurred to me, so it couldn’t have. But when you say it, I think, wow, I missed the boat on that. [laughs] What about you, Kiera?

Kiera Allen: I think for me, one of the things that was most important for my character’s experience was the fact that she’s been so cut off from the world and she doesn’t have access to things like that. I was constantly thinking about the things I know and the things I can do that she doesn’t have access to, you know? For Chloe, it means having just an hour on the computer every day and not really being able to go out to see friends. It kind of breaks my heart to hear you say that! [laughs] Because as disturbing as an idea like fake news is, that’s something we all share in as a culture. That’s something Chloe wouldn’t have access to. That’s something she’s been shut off from. There was actually an album that I listened to kind of on repeat while we were making this movie. It’s called American Boyfriend: Love Story by Kevin Abstract, and it’s so much about longing for a normal high school experience and longing to just be a part of the world.

Kiera Allen: This is true! These are true facts! A true story! So that’s something that I found deeply moving. I actually have a bit of a lump in my throat, weirdly, just thinking about that—just all of the things that she missed out on. Because of you, Sarah!

Is the marquee for Fake News a preview of a movie you’re planning to make one day?

Sev Ohanian: Oh my god! What’s crazy is, Aneesh and I were just texting about that two seconds ago, about whether or not we should mention that. It is!

Aneesh Chaganty: But I really just want to play off of the commentary element of it all and be like, yeah, that was our intention. [laughs] So I’m just gonna go off of that and we’ll leave it there.

If I have this correct, Run was filmed in Winnipeg at the tail end of 2018 so it was long before COVID was even a thing. But it still feels prescient if you consider how Diane and Chloe are living in isolation out there in the boonies of Seattle. Chloe has been homeschooled. Her college prospects are not looking great, albeit under very different circumstances. There’s also something that feels incredibly sparse about the population when they do go into the town. I wonder if the film hits you differently since having shot it some two years ago now.

Kiera Allen: For me, the movie is so connected with the experience. Making the film was such a life-changing experience for me that I wouldn’t say it radically shifted because of what’s happening now. But I absolutely do see the kind of resonance there. It’s a fitting movie for the moment in a lot of ways, and now people are going to be watching this from their homes. So to me, it doesn’t define the movie or the experience, but it is an interesting resonance. And if people are able to connect with the movie and the characters more because of that, because of what we’re all experiencing now, so much for the better!

Aneesh Chaganty: Kiera’s been killin’ it.

Aneesh Chaganty: There are some movies that when they come out feel extremely relevant, and then they’re not relevant anymore. There are other movies that come out that don’t feel relevant at all, and then suddenly they’re relevant. I think it’s just the life cycle of anything that lives. There can be a period of time when you watch a movie where the world magically makes it feel sort of prescient. We’re in one of those bubbles with Run—one of them, hopefully. For example, it’s about being trapped in our homes, and don’t we all feel that way trying to get a breath of fresh air?

Sarah Paulson: No! I don’t have anything… I was just thinking about laughing six months ago when we were texting—or maybe we were on the phone—about how if we get one more email: “Hope you’re well in this crazy world! These wild and unprecedented times!’ And now of course that’s just not funny, I guess, because it’s still happening. ‘Hope you’re well in these crazy times…” Sorry, I went down a rabbit hole of remembering how funny we thought that was.

Sev, how about you?

Sev Ohanian: Man, it is crazy. Obviously it’s a thriller and Chloe is trying to get free, but at its core, it’s about a girl who wants independence. She wants to be outside of control. She’s yearning for probably the same things a lot of us are yearning for, not only from when we were kids but now, too. It’s just funny ‘cause, in my mind, I’m just thinking about the implications of that and, are we trying to say that we should be breaking free? At the end of the day, what Kiera said is perfect. We made the movie with a certain mindset, aiming for one particular thing in a crazy, crazy shoot, and we’re just really proud of what it is. If people pull that meaning from it, even better!