Thomas Lilti: From MD to MVP

The physician-turned-filmmaker discusses his César Award-winning comedy-drama Hippocrates: Diary of a French Doctor. 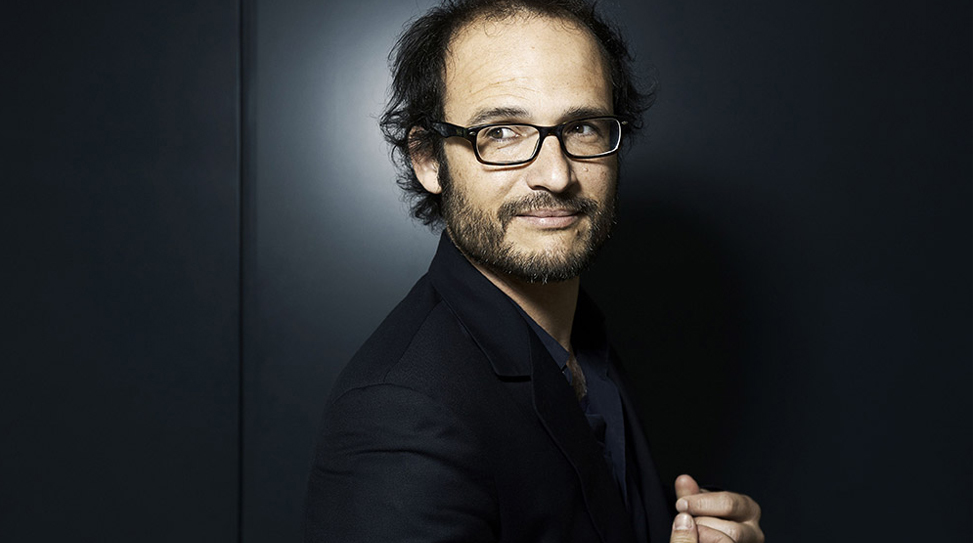 It goes without saying that being a doctor is a job like no other. It takes over your whole life and, in that sense, it is kind of a curse.

Thomas Lilti’s Hippocrates: Diary of a French Doctor takes its name from the ancient Greek physician whose eponymous oath has become the code by which all doctors should live by. There’s also a possible play on words—the French pronunciation of Hippocrate (the original title) is very close to “hypocrite”—as the film reveals a reality far different from “having a patient’s best interest at heart.” A trained doctor who still occasionally practices as a primary care physician alongside making films, Lilti has fully applied the “write what you know” ethos to his sophomore feature, which follows an intern doctor’s eventful initiation into a six-month hospital placement program.

For his first stint as an intern doctor in Paris, Benjamin (Vincent Lacoste) has the advantage of having his father, Barois (Jacques Gamblin), already working there in a senior position. But Benjamin’s education quickly takes a dark turn when he fails to administer an electrocardiogram and a patient dies on his watch, mostly due to his own incompetence. It’s an unthinkable error Barois is quick to cover up for his son, of course. None of the overworked nurses and doctors raise suspicion, that is, everyone except Abdel (Reda Kateb), a capable Algerian physician forced to work as an intern due to his immigrant status, and who understands the hospital for what it really is. Abdel quickly emerges as the moral compass moving forward, especially when his emphasis on patient comfort sends him on a collision course with the authorities, to his great personal peril.

Written by Lilti and three co-scribes, the script offers up a rather bleak top-to-bottom vision of the French public medical system, revealing a crumbling institution mired by budget cuts, shortage of supplies, and severe understaffing. And crucially, it’s the doctors themselves who seem to have lost all faith in their profession, scraping by begrudgingly on 48-hour shifts with extremely low pay. Even if the fellow practitioners seem to share a certain solidarity, the plot further thickens in the third act, which places Benjamin and Abdel in a situation that may end their careers for good.

Hippocrates: Diary of a French Doctor opens in select theaters on June 19.

How much of a say did your father have in you becoming a doctor?

My father is a doctor. I was to follow his footsteps, but he never forced me to become a doctor. I have two brothers who didn’t become doctors. My father always let me decide what I wanted to do with my life, but I think he’s very happy that I became a doctor.

On the film side of things, what did you grow up watching?

I grew up with Charlie Chaplin. Through his movies, I discovered how powerful it is to identify with a character like Charlot [The Tramp]. Then I opened myself up to other cinematic genres: French films, Asian films, Italian comedies, and crime stories.

Your film has been compared to The Class and Polisse, both movies that I think are outstanding. How do you receive that kind of comparison?

Yes, I fully accept these two references. I like these two films and they influenced my work.

You’re still in the medical field. What was the impetus behind collapsing your two very different professions like this?

Yes, I am still a doctor and Hippocrates: Diary of a French Doctor is my second film. I needed to share my experience as a young medical student because it was an important part of my youth. I also knew that my studies were a good source of inspiration to find dramatic material, and my experiences were powerful enough to make a movie out of.

How much of this is autobiographical? Was Benjamin modeled after yourself?

The movie is very autobiographical. Benjamin is my fictitious double and we have a lot in common. He’s a bit of a coward, though, and I like to think that I’m not. Nevertheless, the character of Abdel is also very close to a lot of the doctors I had the chance to meet in my young career, and I wanted to pay tribute to them in my own way.

Did your father see the movie? What was his reaction?

Yes, he saw it. He actually makes a cameo in the film. He liked it a lot. He never told me he was proud of the outcome, but I’m pretty sure he is.

In the film, Abdel says that being a doctor is kind of like a curse. Do you feel that way?

It’s a joke. It goes without saying that being a doctor is a job like no other. It takes over your whole life and, in that sense, it is kind of a curse.

How many of the characters were modeled after people you know personally in the medical field, and how did that influence your casting choices?

For some of the characters, I decided to cast real-life nurses. Juliette [Juliette Aoudia] is a real nurse that I have worked with. I believe this anchored the film in the realities of working in a hospital and was very helpful to the professional actors. It was a very rewarding experience. Reda Kateb really broke out with this film, especially at Cannes.

What was your overall approach to working with your actors on this film?

The pre-production work had a lot to do with Vincent Lacoste and Reda spending time together and bonding. Then I introduced them to real doctors and they spent time in the hospital. That way, they were able to discover what goes on behind-the-scenes. On set, my job with the actors was to constantly communicate back and forth with them so they could have a better understanding of the characters and the scenes.

There’s a really funny scene that has to do with the show House in the movie. Do you guys really watch shows about your own profession?

Yes, people in the medical world are huge fans of hospital shows! Personally, I was watching ER in the ’90s and liked it a lot. But I don’t really watch TV, except for sports—soccer and tennis. I like the American TV show The Wire and also the British show Sherlock. The last film I saw in the theater that I enjoyed a lot was The Killers by Robert Siodmak.

Can you recall anything you filmed that didn’t make it into the final cut?

I shot a dreamlike sequence where Benjamin is flying over the hospital. It didn’t make it to the editing room exactly because it belonged too much to the dream world.

What was it like to work with three co-writers? Was there any frustration?

I enjoy working with other people. It’s very rewarding and I don’t find it frustrating.

Can you tell me about this hospital you shot in? It’s where you once worked, as I understand it. What was it like being back there under different circumstances?

The hospital we shot in is the exact same place where I studied medicine. I loved going back there as a director. It was both intriguing and exciting. For the first time, I could combine my skills, both as a director and as a doctor.

What do you feel more passionate about these days? Can you make that sort of distinction?

I love both fields. I would love to continue mixing these two passions of mine, even if they are very different occupations. Even if filmmaking is taking up more of my time these days.

When do you think you do your best writing? Is there anything that works for you?

Most of the time, I write in a small house in Brittany by the sea. I feel good there. I lock myself up for a few weeks every year and write my screenplays.

I am currently working on a film about a country doctor.