Two brothers are emerging in the UK as the next big producers—and they’re not even old enough to drink. 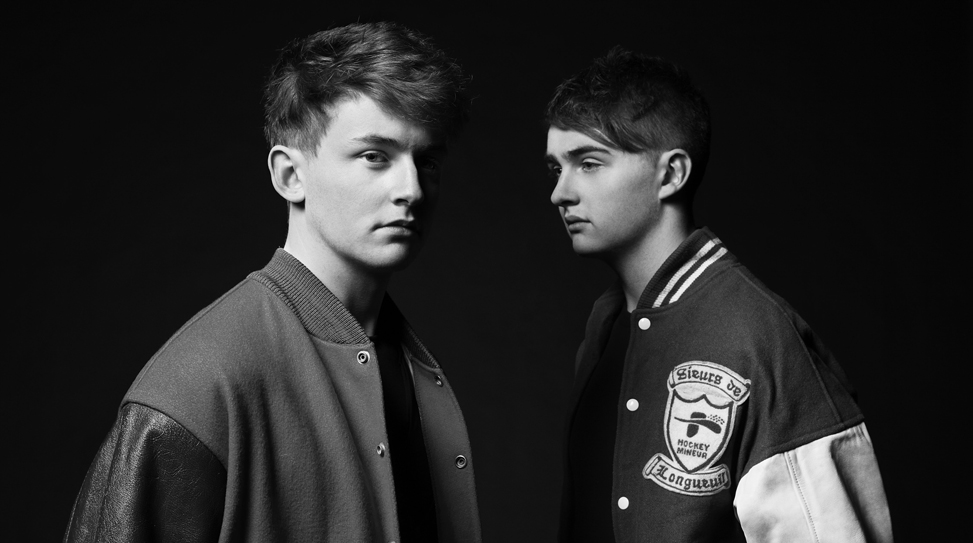 Disclosure is brothers Guy and Howard Lawrence, aged 20 and 17 respectively. They’ve already been playlisted by BBC Radio 1 and supported SBTRKT on his recent tour. Disclosure’s latest EP, The Face, is set to compound their growing reputation as UK’s most exciting new producers. Blending deep house bass lines, Dilla-esque snares and melodic two-step top lines, they showcase a sonic maturity well beyond their years. And despite its uptempo BPM, it’s a sound that the boys openly owe as much to ‘90s Hip Hop as they do Detroit House and UK Garage. The Face‘s opening track “Boiling” perfectly embodies that aspiration with fellow British wunderkind Sinead Harnett’s soulful vocals searing through the track’s buttery bassline.

DESCRIBE YOUR SOUND IN TWO SENTENCES: Vibes. Vibes. Most people try to give the genre a name and it sounds cheesy. Primarily, it’s electronic music. That’s how I’d describe it to my gran.

FAVORITE NIGHTSPOT IN THE CITY YOU CALL HOME: There was only one club in our town and it closed down due to a big debt. Now there’s literally nothing!

BEST SPOT FOR A LATE NIGHT SNACK IN THE CITY YOU CALL HOME: Reigate Kebab House is probably the only place open late at night so we’ll have to go with that. Not sure on the quality though!

HOTTEST POP STAR: Katy Perry. We saw her at a show last night and she looked hot.

CHOICE VICE: Ibiza. Done a couple of shows there and now we know why it’s called the Devil’s Isle.

TOUR NECESSITIES YOU NEVER TRAVEL WITHOUT: My brother. Without him there’d be no shows.

YOUR FLAT IS BURNING DOWN, WHAT ARE YOU GRABBING? My mum. Laptop. In that order.

WHO’S MORE CREATIVE, AN EARLY BIRD OR A NIGHT OWL? The night owl. Not great in the mornings, especially after a show!