The global superstar on Squid Game season two, his directorial debut, and his next leading role in Star Wars: The Acolyte. 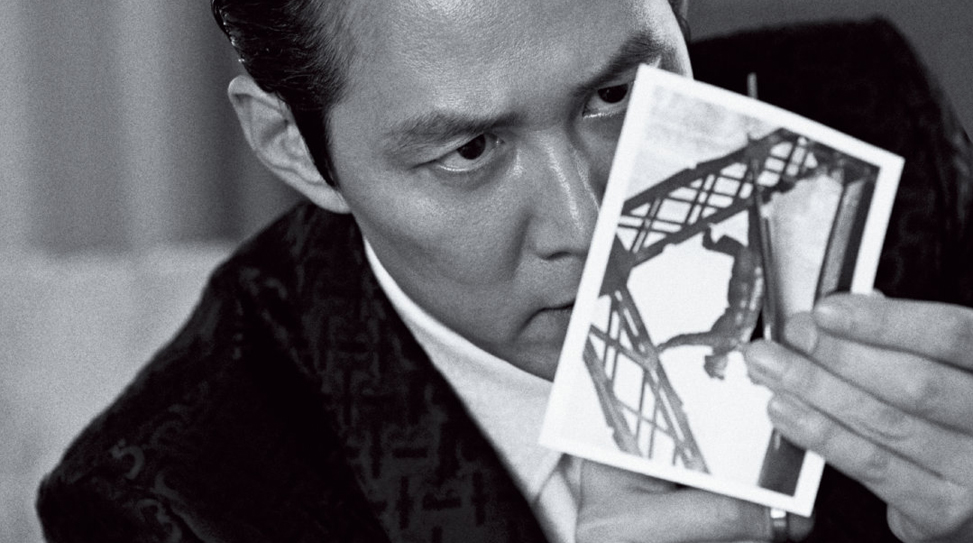 I don’t know how my days are going these days because I’m so busy preparing for my next projects. I’m hoping that my time of rest can come soon.

We’ve all seen it. There was a simple—if unspoken—rule at the center of Squid Game: You are on your own. The bastardized children’s games that pitted one despairing debtor against another, so that they might turn their untenable life circumstances around, compelled each contestant to think only of themselves. Where metaphors for late-stage capitalism and individualism are concerned, it was as bloody and unsparing as it gets. On the subject of life lessons, however, Squid Game also embodies what its lead star cherishes most about his craft, and that has to do with collaboration.

With three decades’ worth of acting credits to his name in South Korea—first as a 90s heartthrob—Lee remains one of the country’s most recognizable and bankable faces. And it is with his historic Best Actor Emmy win for the aforementioned survival drama this year that the newly minted global superstar makes his directorial debut with Hunt. It is a lavishly produced, labyrinthine, spy-game potboiler, which world premiered in the Midnight section at the 2022 Cannes Film Festival. At 50, Lee is scraping new career heights, and he’s moving beyond his borders to find them.

Set against a turbulent 80s South Korea under the rule of an authoritarian government, Hunt embraces both factual historical events and its own work of fiction, giving the actor-turned-director ample license to hatch all kinds of wild conspiracies. The film’s high-octane prologue sets up its key adversaries in two intelligence chiefs, Park Pyong-ho (Lee) and Kim Jung-do (Jung Woo-sung), who are tasked with sniffing out a North Korean mole in their ranks inside the Korean Central Intelligence Agency (KCIA) following an assassination attempt on the South Korean president. The two agents have their own scores to settle as well, naturally, given that the former was violently interrogated by the latter years prior, which left Park with permanent nerve damage. Before long, they are suspecting each other as double-crosses become triple-crosses. But at least they share a common goal: finding the mole. They will burn down the entire KCIA if they have to.

So what’s next for Lee? Leading roles on Star Wars: The Acolyte and Squid Game season two.

[Editor’s Note: This interview was conducted in both Korean and English with an interpreter.]

Firstly, I wanted to tell you that, as a Korean national, I’m extremely proud of what you’ve accomplished—not only with Squid Game but in your three decades of creativity. It’s just, now, you’ve moved the needle for representation on a global stage like we’ve never seen.

Thank you, thank you.

How do you possibly come to grips with a cultural phenomenon of this magnitude?

I certainly didn’t expect the great success of Squid Game. Similarly, I never would’ve imagined myself directing. On top of that, having Hunt get invited to many festivals around the world, and even getting theatrical releases in those places—I could never have imagined it happening to me.

Hunt is wildly ambitious in scope, especially for a directorial debut. Looking back, what were your biggest challenges? And was directing at all like what you had anticipated?

Initially, when I had my first discussions about whether I should direct this film with other directors and executives, many people actually told me that this project comes with many difficult elements. They said it would be very difficult to make it successful, and that I shouldn’t go for it. As for the script, I actually explored different themes in my revisions than what I had initially in the first draft because I realized there are themes that need to be told to the audience. That’s why I decided to work on the script myself. And based on these newly discovered themes, that’s when producers and investors and cast members came onboard for the ride. So what was initially an impossible project developed into something that, with everybody’s help, we could somehow manage—difficult scenes and other concepts in the film. Regarding what was difficult about directing, I would have to say every scene and every part of the film, really. [laughs]

Do you think directing gave you new insights into acting that you weren’t privy to before?

Well, I think I’m always learning new things as an actor with every new project that I come on board with. But for this one, I really realized the importance of the script. Because if the cast and the crew can know that the situation within the script could actually happen, the dialogue that arises from it is much more meaningful. It’s naturally coming out of the given situation. Then it’s so much easier for every cast and crew member to work with that script. So I think it really reminded me of the importance of the script. In Korea, when you’re working on a new film, all the crew and cast members have many conversations before jumping into production. So I’m just hoping that we can continue to have that time to work together before we work together on set.

On the subject of collaboration, Hunt reunites you with your longtime friend, Jung Woo-sung, 23 years after appearing in City of the Rising Sun together. That’s something special.

Yes. As many people know, we have been friends for a long time. We also run a production company together. As for Hunt, it’s a film that portrays a darker time in Korea from the 80s, and because we’re of the same age, all our memories and expressions of that time—all of those aligned. On top of that, we share in the hope that what we witnessed in the 80s won’t happen again today. So it was very easy to work together with him.

Squid Game clearly opened a lot of doors. But it’s like, where do you throw the anchor?

[laughs] After Squid Game, which a lot of people all over the world have seen, I think many people got to know me, the actor, Lee Jung-jae, for the first time. So many projects were offered to me from abroad. But I think what’s important is that I select the projects that I know I can do well in. So right now, I’m working on Star Wars. That’s where all my focus is headed towards. And right after Star Wars, we’ll have to jump right into season two of Squid Game and that’s where all my focus will go to next. So I have a lot to focus on in the future.

How do you manage sky-high expectations, and delivering on such high-profile projects?

Yes, there’s a lot of pressure. I think the only way to go through it is with a lot of practice. I don’t know how my days are going these days because I’m so busy preparing for my next projects. The thing with work is, when you’re busy, you tend to be really busy. But there’s also time when you can really rest. So all I’m doing right now is trying my best to do my work when I’m busy. When there’s time to rest, I can take that personal time to think about what projects I want to pursue next. I’m hoping that my time of rest can come soon.