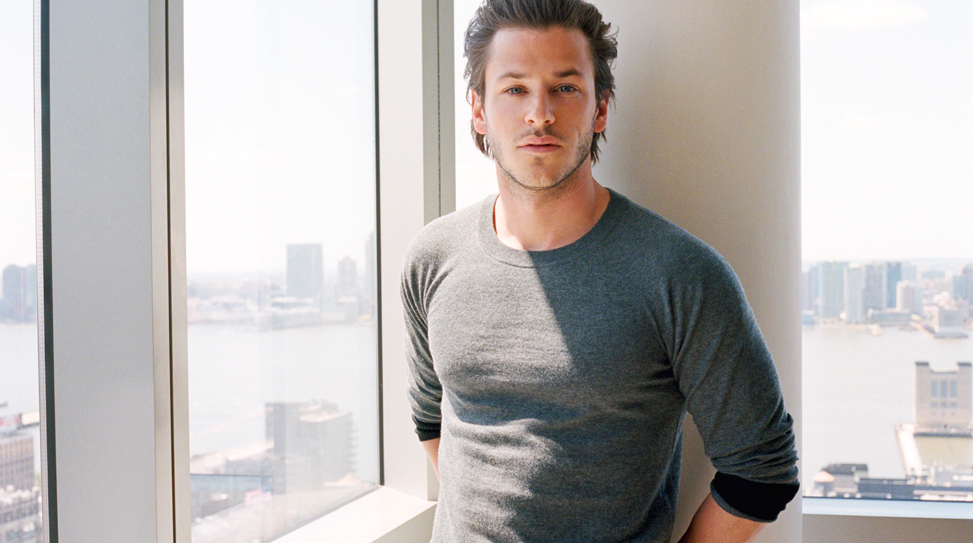 It's totally part of his life and his creation. His neuroses, delusions, and insecurities are what made him great.

Yves Saint Laurent used to say that he was the last of the great couturiers. He is also the only one who has been the subject of two biopics within the span of six months: Jalil Lespert’s Yves Saint Laurent and Bertrand Bonello’s Saint Laurent. Although Lespert’s film was officially sanctioned by the YSL empire and saw its theatrical release first in January, it came second in development. And unlike Yves Saint Laurent‘s mealy-mouthed account of Yves’ life, literally dressed up with some stunning original pieces ferreted out from the fashion house’s storerooms, Bonello’s film takes a far different approach from its “predecessor”: it’s sexier, expressionistic, and cinematic.

Saint Laurent begins with Yves (Gaspard Ulliel) at the zenith of his celebrity—and his most emotional and spiritual nadir—during his most productive decade from 1967, two years after the Mondrian dress staked him out as more than a Dior protégé, until 1976 with the unveiling of his Russian ballet collection. Appropriately enough, Bonello also focuses less on Yves’ partner Pierre Bergé (Jérémie Renier) as it becomes clear he handles the boring business side of things, and more on Yves’ frustrated sexual dalliance with Karl Lagerfeld model Jacques de Bauscher (Louis Garrel), and much more on the designer’s individual neuroses, insecurities and delusions.

Anthem met up with Saint Laurent’s titular star, up high overlooking New York City at the Trump SoHo to discuss, among other things, how much time truly changes everything.

You have quite the set up here, Gaspard! Look at this place.

Yeah, I’m moving up! [Laughs] What was the last hotel?

Honestly, I don’t remember. There was a sushi place on the ground floor.

So did you watch Saint Laurent for the first time at Cannes last year?

No, I was actually the only one in the crew to watch it prior to Cannes. Everyone else discovered the film there. I was kind of jealous because it’s probably the best way to see a film for the first time, in such an amazing theater. It’s special to have everyone together and get that standing ovation. I’ve seen the film around three times now and I still see it in a different way every time.

That’s what Bertrand [Bonello] and I talked about a lot. It was about avoiding the biopic clichés and traps. When I read the script for the first time, it felt like everything but a biopic. I would even say that it goes beyond a biopic. For me, it embraces what creative life is about and what art is about. I would describe it more as a journey or an odyssey into the mind of a tortured, creative artist. And I like the idea that Bertrand decided to focus on this precise decade. First of all, you can’t cover all of the man’s life, even though the film is already two and a half hours. [Laughs] If you try to cover everything, you end up saying nothing. It was also a wise choice to cover this specific decade because you get everything in those ten years in terms of what Yves experienced: his private life, the peak of his career, and the conception of his most important pieces.

Everyone knows, at the very least, that Yves Saint Laurent was an influential designer or it’s this pillar of a fashion house. It reaches far beyond fashion.

It’s the power of branding and that’s what the film is about. I love the scene where he’s looking at a bottle of nail polish. You don’t know what he’s thinking: “Is it the right color?” or “Is that what I’m becoming?” And you get all of that from just a nail polish in a supermarket. [Laughs]

What kind of preparation went into creating your own Yves?

It was quite a long process. When I think about it, I got lucky that we had so much time to prepare for this film. What happened is that we were racing with the other Yves Saint Laurent movie. At a certain point, Bertrand decided to let the other film just shoot first and leave enough time in-between so the films wouldn’t interfere with each other. With the delay, I got nearly a full year to prepare for the part, anticipate, and actually live with this character in my head, in my mind. The first thing was to obviously do a lot of research and try to learn as much as I can about the man and his work. But at some point, I felt buried under all those details and that’s when I decided to step back from reality to clear some space and fantasize about this man and invent my own Saint Laurent. This is the most important thing, even if it’s not so close to reality: It’s about incarnating this man in the most visceral way. The only way to do that was to go deep into my own self. It’s more appropriation and inspiration than pure imitation. It has to come from the inside.

Not to sound macabre, but did it alleviate some pressure knowing that Yves’ no longer around to watch it? He would for sure have opinions. How could he not?

I think it freed me from any added pressure. Maybe it is different when the man isn’t living anymore. I think it makes a lot of difference. Still, [Pierre] Bergé is here. At some point you look at the legitimacy of it. You have moral questions about showing some things about this man and his intimacy, but we’re not revealing anything that hasn’t already been said. Everything we show in the film you can find in his various biographies. I can’t know how he would have reacted to it if he was alive, but I have a sense that, maybe, the best way to show his genius is to uncover his darker side. It’s totally part of his life and his creation. This film is about how emotion and art are inextricably linked. His neuroses, delusions, and insecurities are what made him great.

Is it true that you were once in talks to make an entirely different film about Yves Saint Laurent with Gus Van Sant?

Yeah! But that was ten years ago, or maybe a little less. It was right after we did a project called Paris, je t’aime. He wanted to adapt this book by Alicia Drake called Beautiful People. He approached me and wanted me to potentially play a young Saint Laurent. That film never got financed so we didn’t go through proper rehearsals. He didn’t even have a script at the time. I have no idea what he would have really done with it, but I can feel that there are some similarities between Bertrand’s cinema and Gus’ cinema. I think Gus has a similar approach in having the abstraction on the inside, which is different from the other Saint Laurent film by Jalil Lespert.

I always thought it would be interesting to give two vastly different filmmakers the same exact script and the same cast to go off and make separate movies.

It’s funny because Gus did do that years ago, in a way. He remade a Hitchcock movie using the same exact shots as the original. It’s a pure, literal imitation of the original movie.

I totally forgot about that movie! Psycho with Vince Vaughn and Julianne Moore.

Yeah, yeah! It’s a crazy idea, but I like it. It’s a bit like what you just said, having a different take on exactly the same material.

And both of your parents work in fashion? They must’ve been thrilled that you were doing Saint Laurent.

Yeah, but it wasn’t so much about the fashion aspect. I think it’s more about the period because it was a big part of their lives and it means a lot to my parents. For example, my mother visited me once on set when we were doing this nightclub scene where we actually rebuilt a very famous Parisian club from the ’70s, very close to what it was back then. My mother would go to that club a lot and she was mesmerized when she saw the set. It was exactly as she remembered it.

Taking into account that there’s some explicit content in the film, what are the advantages and disadvantages to working with a co-star who’s also a close friend?

With Jérémie [Renier], I think it was more of an advantage because the movie starts at a point in Yves’ life where he had been with Pierre for many years. It helped to have that kind of private intimacy already because it shows on the screen, I think. So with Jérémie, we basically didn’t have much to do. We’re not lovers, obviously. [Laughs] But Jérémie and I had this connectedness. With Louis [Garrel], it was totally different because we barely knew each other before the shoot. In the end, it turned out to be as easy as with Jérémie. For all the scenes I shot with Louis, I only have fond memories. His grace is always evident. I can’t really explain why, but it just happened that way by chance. Louis is someone who’s very stimulating for an actor to play opposite. He tries to do something different in every take because he likes improvisation. It was all very refreshing.

The kiss scene with Louis was one of the few things not in the script. I remember Bertrand coming to us on that night of shooting: “I’m missing the kiss. I don’t know why I didn’t write it into the script because it’s obvious.” Louis and I barely knew each other! [Laughs] We looked at each other for a beat and agreed to give Bertrand one take only, and it was a magic moment for the film.

Wow. Everyone remembers that kiss, and it belongs there.

It does. It’s true that the kiss is one of the great moments in the film. It’s like the business scene that lasts for eight minutes where they’re talking about keeping the name of the brand, which was very precisely scripted. In the end, you just can’t talk about making a film in a rational way. What I liked about working with Bertrand was that you never feel that something is stiff. A movie is alive all the time, until the very end of the shoot. Things can always move and evolve. You can feel that in his mise-en-scène and direction. It’s also determined by the grace and the emotion that exist between actors. You feel very secure working with Bertrand.

Do you still want to direct? Is that ambition still alive?

I still have the envy, but now I think about it in a different way. I realized what it implies to actually direct a movie. You can’t just do a movie to do a movie. It’s a big responsibility. It means you have something to say or show the world. Thinking about it like that, I don’t really feel ready to make that move yet. But it’s definitely something I would love to end up doing one day.