The Brooklyn by the way of Cape Cod rock outfit plows forward with another Grammy nomination, pitted against industry giants. 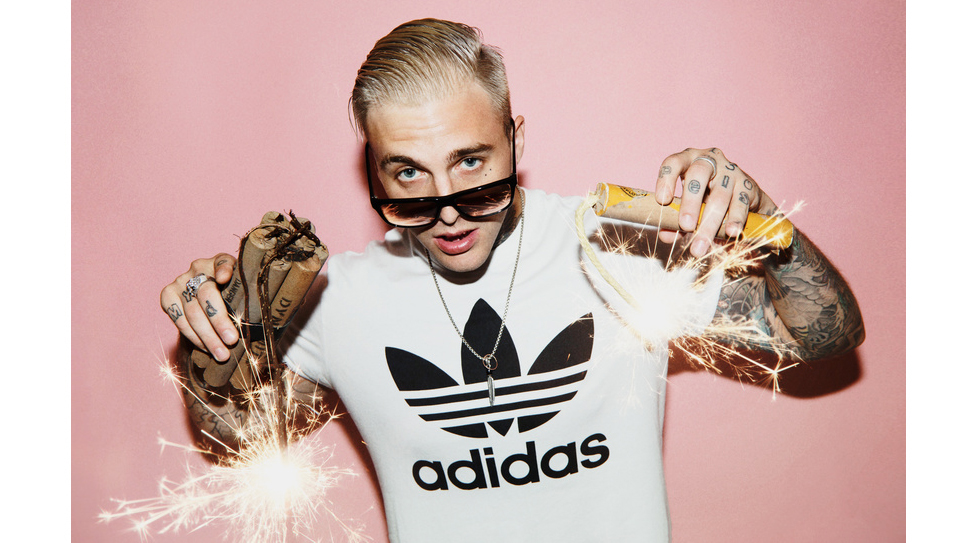 With The Boy Who Died Wolf, the guys deliver on the promise of their continued zero-fucks-given attitude first seen on Mister Asylum—appropriately, whether you like it or not.

In a revealing interview with NME at the tail end of 2015, Highly Suspect frontman Johnny Stevens parceled out memories of his turbulent upbringing. “My mom disappeared when I was aged one, so I was raised by my father—an alternative dude with hair down to his ass and multiple tattoos—around motorcycles and music in a different way. It was tough for a lot of years, surrounded by kids who had moms and dads and peanut butter sandwiches—and I’ve got a wrench in my hand.” So many years later, he’s triumphant with another Grammy nomination to his name.

When the Brooklyn-based rock outfit—originally from Cape Cod with twin brothers Ryan and Richard Meyer on drums and bass, respectively—played the Grammys earlier this year, viewers were left scratching their heads. Mostly, “Who are these guys?” Then, “How did this unknown band with a just-released debut album (Mister Asylum) score Best Rock Album and Song nominations, pitted against established names like Muse and Florence and the Machine?” While the trio no doubt felt like underdogs at the time, the blistering opening track “My Name Is Human” from their follow-up disc The Boy Who Died Wolf snagged another Best Rock Song nomination, now going to battle against David Bowie, Metallica, and Radiohead. Sophomore slump be damned.

With The Boy Who Died Wolf, the guys deliver on the promise of their continued zero-fucks-given attitude first seen on Mister Asylum—appropriately, whether you like it or not. For a band that call themselves Highly Suspect, their music is anything but. The calendar might say 2016, but their music has touchstones of the mainstream grunge of the ’90s and the members of Highly Suspect make no apologies for their embrace of the sex-drugs-and-rock-’n'-roll cliché. And they manage to maintain a distinctiveness that prevents them from sounding like a mere facsimile of others, contrarily existing in the strange littoral between being a genre band and something quite new.

“My Name Is Human” is a slow burn, soaked in Soundgarden-like menace. There’s Nirvana lurking inside “Little One”—a confessional of hurt that comes with loss. “Look Alive, Stay Alive” is anarchy as described by The Sex Pistols. “Serotonia” is about personal shortcomings, with a twenty-something dude talking about wanting to masturbate—biting lyrics aside, a guitar solo steals the show. “Wolf” details the tumultuous 18 months the band experienced going from complete unknowns to playing at Wembley Stadium—made abundantly clear on “Postres” with the refrain, “Life is incredible.” This is teeth. It’s the middle finger. To echo Stevens, it’s “Fun as shit.”

Highly Suspect’s The Boy Who Died Wolf is available now on iTunes via 300 Entertainment.