A Conversation with Matthias Schoenaerts and Michael Roskam

The star and director of the Academy Award-nominated feature Bullhead on Belgium’s hormone mafia, putting on 60 pounds of muscle and the dangers of executing a fixed idea. 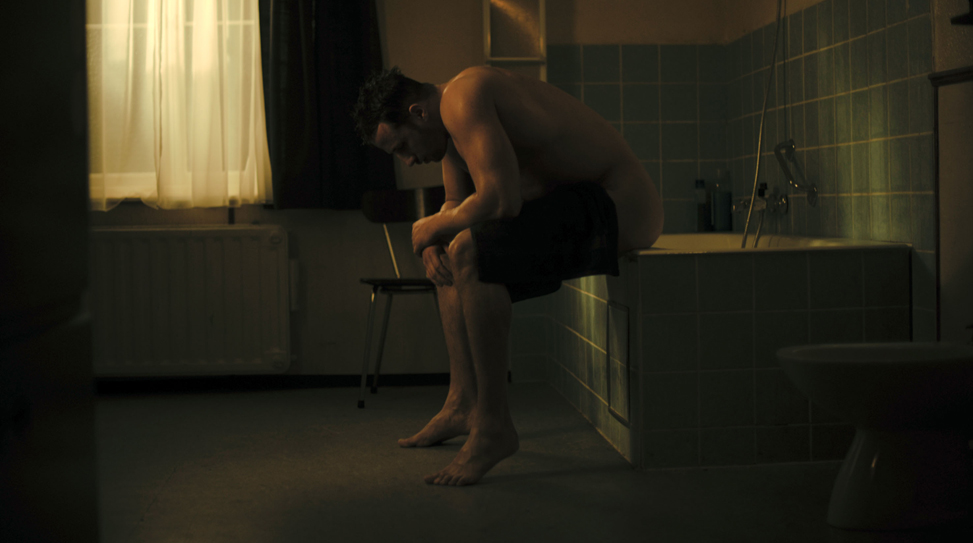 When the hormone mafia was exposed to the authorities and the public, we woke up realizing that some of our farmers were gangsters.

A virtuoso performance of Matthias Schoenaerts’ caliber doesn’t come around too often. The most recent example of an actor showcasing an epic-scale transformation of this magnitude was probably Tom Hardy in Nicolas Winding Refn’s Bronson, if not Michael Fassbender in Steve McQueen’s Hunger. In similar fashion, Schoenaerts gives it all up for the camera in Michael Roskam’s Academy Award-nominated film Bullhead. The Belgian actor put on 60 pounds of muscle to play Jacky Vanmarsenille, a damaged, hormone-pumping cattle farmer who’s caught up in shady dealings with a notorious mafioso meat trader. It’s when an investigating federal agent is assassinated and a woman from his traumatic past resurface that Jacky is forced to confront his demons and face the far-reaching consequences of his violent decisions. This is a must-see.

Roskam’s robust directing chops are no less impressive here, especially considering that this marks the director’s feature debut. His rise to fame on the international film circuit will no doubt be meteoric following all the commotion. As for Schoenaerts, he’s set to headline Jacques Audiard’s Rust and Bone—the acclaimed director’s follow-up to A Prophet—co-starring Marion Cottilard.

Is that cough syrup? Are you fighting off a cold?

Matthias Schoenaerts: We’re coming from a place where it’s -15 degrees.

MS: It really does feel like that. It’s summertime.

Congratulations on everything that’s happened. Bullhead is now up for an Academy Award, which is an incredible feat, especially for your debut feature as a director. You made four shorts prior to this. Are those very similar, thematically and/or tonally, to Bullhead?

Michael Roskam: I think all four of them are good samples or a preview of my voice as a filmmaker. It’s all about developing your voice. It’s about finding that voice through trial and error. It’s about getting in touch with your cinematic views and learning how to get the audience to feel something you want them to feel. You can’t do that by sitting on your couch and thinking about what kind of director you would like to be. You only learn by making movies. If you blend those four shorts, you come close to what Bullhead is.

MS: But none of those are as dark as Bullhead. They have the same themes like loyalty, friendship, destiny and revenge.

MS: I should say that. You shouldn’t have to say that about your own work.

MR: [Laughs] Bullhead is a little bit more intelligent than the other ones. Short films are always a little bit more anecdotal. Creating real metaphors with short films is difficult. I was never able to do that. I needed a feature film to feel complete in my storytelling. I love making shorts, but I have too much of an epic soul I think.

Are you particularly drawn towards dark subject matter or is that not important?

MR: I would be open to doing dark comedies. I wouldn’t mind that. We go through so many different emotions every day. Sometimes we’re happy and sometimes we’re sad. For me, the value of every emotion has to be cherished and taken care of. Some directors will take care of your happiness, and you’re desire for humor and comedy. Other directors will feed the opposite such as fear and other dark thoughts. Facing the darkness is just part of life. I personally feel more comfortable tackling dark matters. I don’t want to scare the audience, but I want to communicate this idea that the dark coexists with the light. Bullhead seems like it has a sad ending on paper, but I do believe now that—viewers’ reactions have confirmed this—there’s a glorifying element where you feel touched and emotional about what ultimately becomes of Jacky. Even in sadness and darkness, you can find something beautiful and real.

What was the germ of an idea that you started with?

MR: I definitely started with the themes I knew I wanted to convey. On the other hand, I wanted to make a film noir. I love gangster movies and wanted to make one myself. What you need is a good crime scene and a good tragedy. The hormone mafia really exists in Belgium. In the ‘90s, they killed a veterinary inspector—he was a good guy—and a lot of his colleagues were part of the scandal and the illegal trade of everything. His death was a result of that. When the hormone mafia was exposed to the authorities and the public, we woke up realizing that some of our farmers were gangsters. It’s a very exotic and original idea that you can’t invent, so I decided to use it. I could suddenly implement the themes I love in American movies to this very authentic and local story.

At what point did Matthias enter the picture?

MS: We met seven years before this. We had shot a short film together. We really enjoyed working together and Michael asked me if I might be interested in being in his first feature. I was completely blown away by the basic idea for the movie. From then on, we met on a regular basis and fantasized about the character. We didn’t immediately settle on it being film noir because we explored so many different possibilities within this universe with this character. We even thought that it could work as a black comedy. Ultimately, we realized that the existential tragedy of the main character was probably the most interesting thing to explore because it’s such a touching story. What I like about Michael is that he values the intimacy of an actor’s process. It’s not like we shared every little detail about this character because there’s always the danger that you’ll corner yourself into executing a fixed idea, convinced of the fact that that’s the right way to do it. That can suffocate and really kill creativity sometimes. That makes it not fun. Cinema should be treated like a living art form and we should be able to surprise each other on set to create genuine, unplanned moments. I have enormous confidence in Michael as a director and he has a lot of confidence in me. It’s a very generous exchange of creativity between us.

You gained 60 pounds of muscle for this role. Can you talk about undergoing this physical transformation?

MS: A year and a half before I started shooting, Michael called me and said there was money to finally do this. I had already been working out for many years, just to have a little starting point because I used to be a really skinny dude. When he gave me a start date, I decided that putting on the muscle was my main focus.

I didn’t recognize you at all at the screening last night. It was only later that I realized you were in My Queen Karo, which I saw at the Tribeca Film Festival two years ago.

MS: Yeah! [Laughs] It was crazy. I became really obsessive about working out when I decided to make it happen.

What were some of the unforeseen challenges that you encountered while making this movie?

MR: Some days were better than others, but you just try to prepare as much as you can before the shoot so you’re left with less margins of error. There were certain days during the shoot when I thought I would never put a scene in the final movie. But you never know for certain, so you just shoot it anyway. I think that’s one of the things that surprised me. Everyone’s working so hard to get something that you’re pretty sure you won’t use, so you just pretend like it’s important. [Laughs] The technical issues were never surprising because you have to expect that when you’re making a movie. That’s just part of the experience.

Did a lot of footage end up on the cutting room floor?

MR: When we assembled the first edit, it was 2 hours and 50 minutes long. We deleted 45 minutes of material. We shortened 20-minute scenes and condensed them to get at the core essence of those scenes. I learned a lot from that experience. My producer at the time and I had discussions during the shoot about this. She would say, ‘Your movie is going to be really long, you know that right? You’re not allowed to make a movie that’s 2 hours and 50 minutes.’ I told her I could get rid of 50 minutes and she’d say, ‘Then why are we shooting for these additional 50 minutes of footage?’ [Laughs] I said, “I don’t know which 50 minutes I will end up cutting!” She’d reply, ‘Why don’t you know?’ and I would answer, “Because I don’t know!” [Laughs] We only had 35 days to shoot, so we had to really prepare a lot. Everyone gave their 200% to this movie. It was such a pleasure working with the crew.

I don’t know much about the film industry in Belgium. How different or similar would you say it is compared to the American film industry, or anywhere else for that matter?

The most obvious difference is the fact that we’re a far smaller territory. If you make a movie in Belgium and 0.1% of the population goes to see your movie, you still won’t get your money back. In the same scenario in the States, you will get your money back because the cost of the movie ends up being almost the same as the amount you make. That’s why Belgian movies need support from the government for funding. Otherwise, only extreme, commercial films will get made. There would be no independent art house cinema in Belgium. It’s very similar to the film industries in Denmark and Holland—small territories are pretty much the same. At the same time, the level of professionalism and production level is being heightened exponentially in Belgium. The industry is always influenced by how many people they think are going to watch a certain product—that always influences the production process.