The actor on his never-ending journey with Starship Troopers, the possible reboot, and Robert Rodriguez’s Alita: Battle Angel. 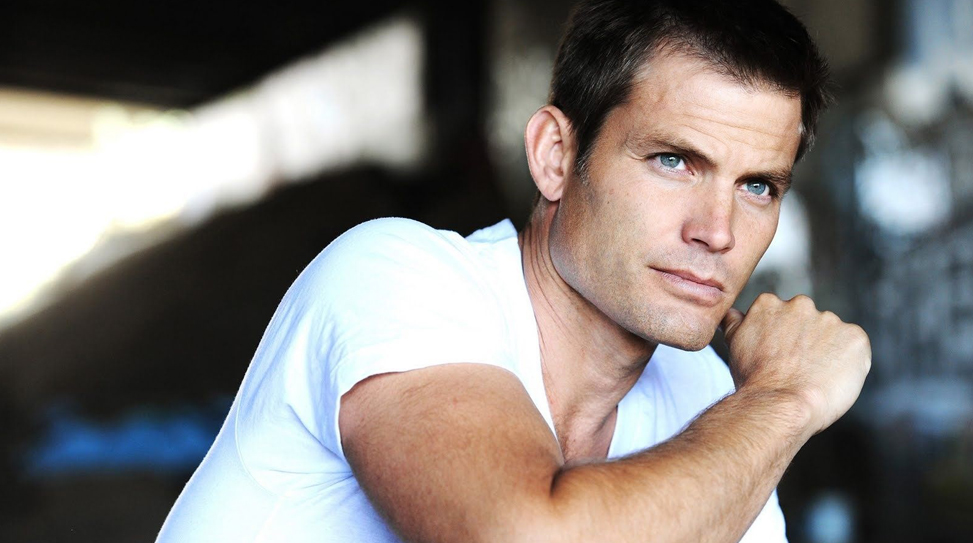 I hope they reboot Starship Troopers, even if it ended up being a TV series. I think that would be a lot of fun and I’d be up for it.

Two decades ago, Dutch provocateur Paul Verhoeven adapted Robert Heinlein’s sci-fi novel Starship Troopers for the big screen. Concerning a platoon of soldiers at war with alien bugs invading earth, the film was originally perceived as pro-fascist propaganda. It wasn’t until years later that people realized the satirical nature of the 1997 film was actually spouting a different kind of rhetoric encouraging viewers to decide for themselves if the cost of war is worth the casualties.

With its estimated $100 million dollar budget—or in Verhoeven’s own words, “the most expensive art movie ever made,” bless him—underperformed at the box office, grossing $55 million Stateside. But the film achieved cult status, spawning new fans and more fanfare, not to mention numerous sequels, including the animated fifth installment in the series, Starship Troopers: Traitor of Mars (2017), which saw Van Dien reunite with Dina Meyer, his co-star from the first film.

After getting his start at 19 with an airline commercial, Van Dien had many, many other projects since the original Starship Troopers: playing Tarzan, a supporting role in Tim Burton’s Sleepy Hollow (1999), a lot of made-for-TV movies, and Showdown in Manila, which is out this month. The actor has a full docket ahead, including Robert Rodriguez and James Cameron’s cyberpunk blockbuster Alita: Battle Angel, based on Yukito Kishiro’s manga, hitting screens this summer.

Yet, nobody ever seems to let up about those superbugs from outer space. There’s much to discuss.

I don’t even know where to begin, Casper. How did you spend your holidays with the family?

Well, my dad took a fall and broke his nose. We had to call the ambulance.

Jesus. Is he okay? You always have a story to tell.

[Laughs] They stitched him up at the hospital. He didn’t take pain medication or anything. He was cracking jokes! He’s 86 years old. I was really scared for all of us, but he took it in good stride like, “Moving on!” He’s tough as nails. So that was unfortunate, but it was my favorite Christmas ever. I had my daughters at home with me. I had my oldest. I had Grace, my second oldest, and Maya and Celeste, my two youngest, and then my mom and dad. We celebrated Christmas a week early because I had all of them there at the time. It was also my birthday so it was the most special thing.

Well, I’m glad. So you have this new movie heading to theaters called Showdown in Manila. You’re somebody who has probably done and seen pretty much everything imaginable in the industry. What’s driving your creative impulses these days?

Anytime you go into something, you just want to do your best job. Whatever films come your way that gets presented to you, you do your best. Mark Dacascos is one of my closest friends. When he came to me with the film, I was thrilled. Mark and Alexander Nevsky brought all of their friends so there were all these action heroes. I’d worked with some of them before and trained with them for a little while. I had worked with Cary-Hiroyuki Tagawa before. I used to take acting classes with Tia Carrere. Creatively, this was a lot of fun. We just got to play for Mark. They told me, “This character was written with you in mind, Casper,” and I was like, “What made you think of me?”

You’ve played Tarzan, you’ve had your own Indiana Jones moment, and you’ve worked with filmmakers like Tim Burton. Apart from the craft itself, are you collecting life experiences? For instance, is a project more exciting to you if they say, “We’re going to Manila”?

Well, I had shot in Manila before, years ago in 2000. I love traveling and exploring all over the world. Manila is fun to shoot in. Then there are the Manila Bay Islands and the Danarak Falls—just breathtaking places. So yes! It was something special to see it again after all those years.

I couldn’t quite place Mark, your director, until after looking at his filmography. He was The Chairman on Iron Chef America. I could not believe it. I can still hear that apple bite.

[Laughs] I’ve known him for 25 years so we’ve known each other for a long time, long before Iron Chef. We did Mortal Kombat: Legacy together. We saw each other at sci-fi events. I was a fan of his work. He also did The Crow: Stairway to Heaven series. They offered that to him and I thought that was right for him to do. When I first got to set on Showdown in Manila, we worked out together, and I was living with him and his wife and kids. He’s a good friend. I love him to death.

I know you come from a long military tradition in your family. Your grandfather was a Marine. Your father was a U.S. Navy Commander. You attended the Admiral Farragut Academy. At the time, were you headed in a different sort of trajectory?

It’s interesting because my grandfather was also a vaudeville actor. My mom and dad encouraged me when they saw me sing and dance after dinners. They were instrumental in many ways. They were always very supportive of me becoming my own man. For some reason, I just got bit by the acting bug. I wanted to come out to Los Angeles and give it a shot in Hollywood. My parents are probably my biggest fans. They still wear t-shirts from Starship Troopers. [Laughs] They’re really adorable. My parents have been married for 55 years and they’re just the cutest things in the world.

I checked out your Q&A at the Film Society Lincoln Center from the Paul Verhoeven retrospective. In that talk, you mentioned how people will, to this day, come up to you at the gas station and scream, “Ricooo!!” Octavia Spencer recently said that people come up to her at the grocery store and whisper, “Eat my shit,” her famous line from The Help. Is it tiring?

I’ve been yelled at for so long about Starship Troopers. [Laughs] It just happens. No matter where I go, people will come up to me and sometimes they just can’t help it. They’ll yell out a quote and then tell me, “I don’t know why I even yelled that. I don’t usually yell at people like that.” They just get so excited. I think it’s awesome that people get that excited about something and remember the movie like that. Now with the 20th anniversary of the movie, we also have the animated Starship Troopers: Traitor of Mars. I did voice work on that and it was a lot of fun to do. It’s just giving the original film a lot more attention again. It’s just fun! Everywhere I go, people still do recognize me from that. So far, it has never been an issue. It’s never bad. It has always been good.

I think I was 13 when I first saw Starship Troopers. It was a very adult movie for me.

Wow. So many people come up to tell me that they were 13 when they saw Starship Troopers and it was their first time seeing nudity in a film. I was sneaking out a lot when I was young to watch horror movies and just stuff that you probably shouldn’t watch at that age, like maybe Risky Business. All these things you probably shouldn’t watch that young—but we’re being kids!

I checked out a lot of your past interviews and something that really stuck out to me was how refreshingly honest you are in talking about the quality of all of your movies, and not just the ones that you’re super proud of. Was that always easy to do or did it come much later?

With Showdown in Manila, it was an easy decision. I’ve been working for 30 years now. When I do a movie, I’m either available or I’m not. If I don’t really like a particular project, I’m not a dishonest person. I can find ways to be polite about it. [Laughs] It was a lot of fun to go do it with Mark. We definitely become more honest as we get a bit older and wiser. I was maybe less certain when I was younger. Honesty is the best policy. I try to be as honest as I can, but I wasn’t always.

You have a lot of future films on your docket. There’s of course Alita: Battle Angel from Robert Rodriguez and James Cameron. Are you able to discuss that project?

I’m so excited about that one, but I’m sworn to secrecy. It was so cool to be on set with Robert Rodriguez, I can tell you that much. He sent me a picture from the film that’s for my eyes only. He’s just incredible. He talked about Starship Troopers the whole time we were on set. He said that he has a playlist of around 150 movies that he plays in the background with the sound really low when he’s editing or writing, just as a meditating tool. But there are specific films he has to watch when they come on: “I cannot tell you how many times I watched Starship Troopers.” I laughed. He’s really funny. He’s an incredible filmmaker and being on that is a huge thrill for me.

You have three directing credits to your name with Sleeping Beauty, Patient Killer, and The Last Bid. Is that something you want to continue exploring?

Do you know if the Starship Troopers reboot is still going forward?

[Laughs] This is something we talk about in every interview for the past 20 years. The reboot has been in production forever. I do think it would be great. If they don’t do it, I think it would be a shame. I hope they reboot it, even if it ended up being a Starship Troopers TV series. I think that would be a lot of fun and I’d be up for it. I think we could definitely do something cool with that.