Lo-Fang’s Armed To The Teeth

Matthew Hemerlein on his first instruments, his unexpected musical influences and that Chanel N°5 campaign. 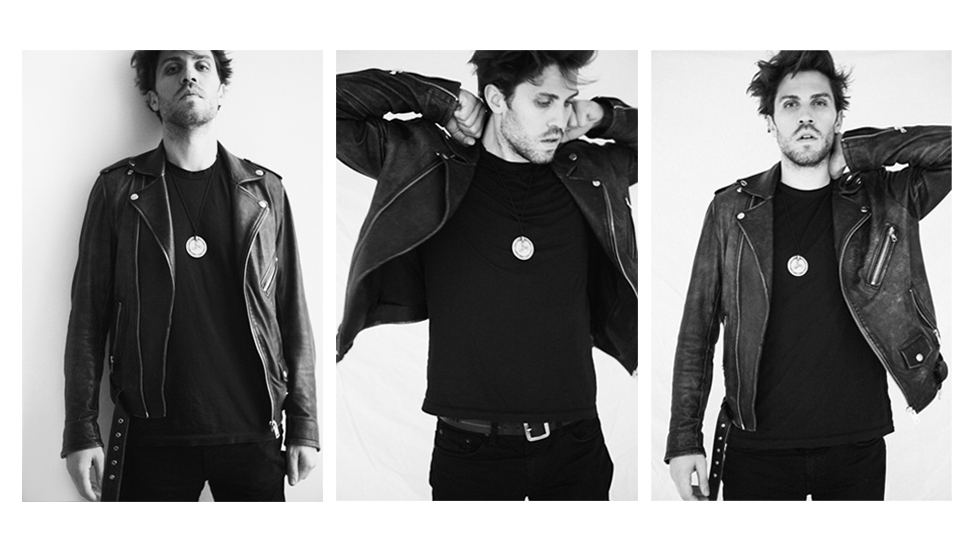 “I was forced into playing the violin. Your parents make you. They drive you to lessons and make you enter classical competitions,” reveals Matthew Hemerlein, better known as Lo-Fang. The lessons certainly worked. Lo-Fang is known for creating potent and entrancing music, a seamless blend of classical symphony and contemporary pop. But unlike Antony and the Johnsons, to whom Lo-Fang has been compared, Hemerlein never comes across as cold or detached. His intimate voice strikes enough of a balance with the chilly electronics to keep the core of his delivery at room temperature. Aside from being especially good and conspicuously talented, he’s one of very few artists positioned exactly right to be the next big thing. He’s currently causing a stir as the voice behind the Baz Lurhmann Chanel N°5 campaign and generated a lot of buzz supporting Lorde this year—she also named Lo-Fang’s single “#88” as one of her 10 favorite songs of 2013. In short, there are enough moments of genuine musical, lyrical, and vocal virtuosity to crack even the most hardened listener’s icy heart. This is one name to keep an eye on.

What’s your songwriting process like? You travel a lot and I know that’s an obvious source of inspiration for you.

Yeah, but everybody fucking travels. [Laughs] I have regrets saying that to my publicist. Obviously you move around and go around to different places. You write about things you experience. It just happened when I was moving around a bunch. I don’t want to be some ambassador for, like, “traveling creativity” or some bullshit like that. I think you just go places and have an experience with that place that informs your work. Now, for live shows, I’ll oftentimes improvise onstage. I’ll make new songs each night that speaks to what I was feeling in that place because you’re channeling something. I think it’s a subconscious thing.

What’s something you read online about yourself that you find ridiculous?

[Laughs] Oh shit. Oh no… Fuck. I don’t know. It’s not that I think is ridiculous. The nature of it is a simplified version of the real story. It’s like, you went to Cambodia or this some other place. It’s just what they think will sell records, right? A lot of the details get stripped away. I just work on music all the time. When I was working on this record I didn’t have a fixed location, so it just made sense to pop around.

You play a lot of instruments. What’s the first instrument you picked up?

What was it about violin that you wanted to put your hands on it first?

Why? Who made you?

Your parents make you. They drive you to lessons and make you enter classical competitions. You love it sometimes, but you also hate it most of the time. Then I wound up really liking music in general when I got older. I was figuring out the kind of music and different kinds of bands I liked, you know?

This sounds very Korean to me. The violin thing.

[Laughs] Yes. Not going into detail, but for sure. It’s a Korean parent mentality. For sure. You’re Korean, I’m assuming?

Yeah. That’s the only reason I brought that up. I’m not tricking you.

Okay, I just wanted to make sure. I don’t want to be quoted, like, “It was all very Korean.” Honest to god, there’s a lot of Asian families doing a similar thing growing up. Literally, you’re in classical competitions and in Suzuki camp over the summer.

I also think it’s funny that it’s always the violin.

So what were you listening to growing up that made you go, “Wow, I want to make something like that”?

You just get into stuff your friends are into. I’m old enough to where I was listening to the radio. The radio being a vital tool for disseminating music, right? I was also watching MTV. Beck’s “Loser” was pretty big. I remember really liking that song, along with the rest of stuff on that record. I was really into Wu-Tang Clan in middle school. Snoop Dogg. And B.I.G’s record. I remember that was pretty exciting when it was going on.

I feel like those influences don’t line up with the kind of music you make.

What would I find on your playlist that you don’t want me to see?

[Laughs] Oh god. My band was like making people listen to Taylor Swift’s new record, especially coming into New York City. It was the whole “Welcome to New York” thing. We basically listen to the shit out 1989. It’s a fun record.

How does something like this Chanel campaign come about? Do they come to you with an offer?

I don’t know how the fuck you’d go about convincing Chanel to put you in something. I’m sure other people could go to Chanel and say, “Let’s do something,” but I’m definitely not at that level. Baz [Lurhmann] and I met in December of last year and got along really well. He really loved my record and said he wanted to do something. It just ended up being this. He’s doing so many things constantly and music is such a big part of the visuals for him. He has his hands on the soundtracks and involves people that have great taste in music. I think he’s very pro-musician. He deeply loves music. It’s a real source of creativity for him. So he came to me and was really into what I was about and the record I made. So it ended up being this.

Your music is so cinematic. So Baz is into you. When does Chanel come in?

I just think it was the right timing. He did another Chanel N°5 thing 10 years ago. I think he just does one of these things every 10 years. [Laughs] But I’m glad that’s where this song ended up. Maybe covering that song isn’t the coolest move, but if it ends up in such a timeless place… Giselle [Bundchen] is the most amazing person in the world. Chanel has its history. Baz has his history as well. It was cool to have the song end up there. I think it’s one of those songs that could’ve easily have gotten lost in the shuffle. I don’t know who the audience would be for that other than some sort of, like, high-end but mainstream audience. Worst case scenario that song ends up on The Voice or something. [Laughs] Do you know what I’m saying? That would be the worst fucking case. Or nobody hears it.

I’m certain you’re constantly writing songs. Can you already see the kind of trajectory that you’re going in?

I think it’s always a progression. You can hear things in people’s work as they get better at what they do. I don’t know what the next thing I make will sound like necessarily. I have a general idea, but I’m not committed to any set of songs or anything like that. I have some recording ideas, techniques and a ton of material I can pull from or rework or rewrite. That’s a fun way for me to work. I like having a bunch of stuff and chase an idea until it feels like it has totally resolved itself.