The actor on his brand of humor, taking a stand against bigotry and sexism, and Heather Graham’s directorial debut Half Magic. 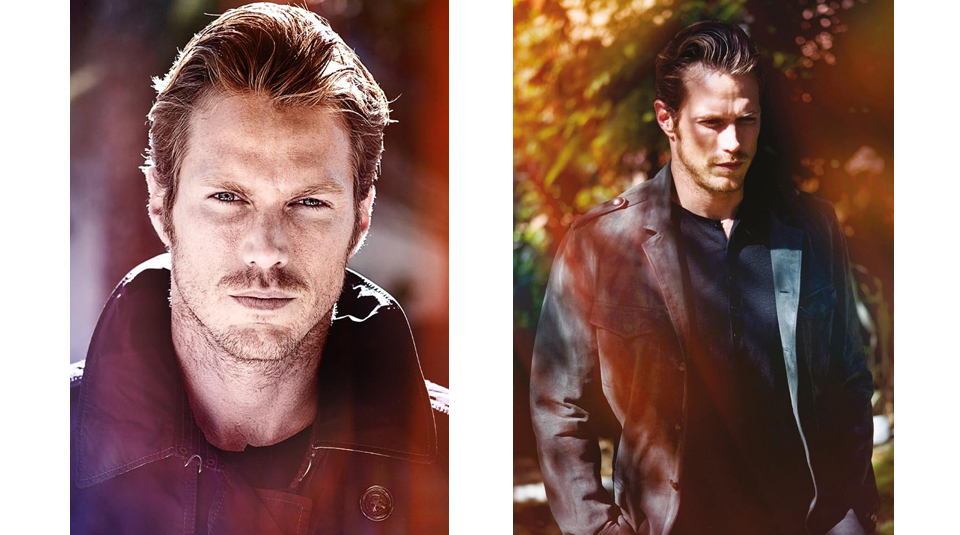 You ask me whether I’ve been sexually harassed and I think there’s sexual harassment going on all the time.

Heather Graham makes her screenwriting and directorial debut with Half Magic, a semi-autobiographical sex comedy starring herself, Angela Kinsey, and Stephanie Beatriz. Set against the backdrop of the movie business, the trio play three Angelenos who meet in a female empowerment group—“my pussy is strong!”—and make a pact to kick their godawful relationships to the curb and only have great sex with good men. It’s way better than it sounds.

In the film’s opening scene, Honey (Graham) is getting rammed by her mind-numbingly stupid boss (Chris D’Elia) at their entertainment office. “You dirty little slut,” he whispers. While this is uncomfortable to watch, Honey seems unperturbed. After all, this is the kind of behavior she has come to expect. Her boss continues to dole out abuses this way, threatening to “load the emotional gun” when Honey’s supportive male colleague quips that he should be taking notes for the imminent sexual harassment lawsuit. Given all that’s happening in Hollywood with the #MeToo movement, Half Magic is more relevant than ever. But what’s really surprising is how it unpacks unpleasant details in a romcom format: a lightheartedness without undermining the message.

On the fringe of Half Magic is Jason Lewis, who brings the great sex playing Kinsey’s goodhearted man. A strapping, younger love interest that recalls his iconic role as Smith opposite Kim Cattrall on Sex and the City, Mark could be future Smith: a restaurateur, widowed, and with two small kids.

So this movie is hysterical.

I thought it was fun as hell. It’s nice, too. It’s a nice story.

I didn’t think I’d like it from the trailer to be perfectly honest, but I was cracking up.

How did you get involved, and what did you and Heather Graham discuss going into it?

I auditioned for it! I’d worked with Heather before [on If There Be Thorns]. It was pretty simple. I think she liked me for the part, but she just wanted to see if I felt comfortable. We didn’t really talk that much about it because it was happening so fast. I literally jumped into it. The scene where I’m underneath [Angela Kinsey’s] dress and eating her out, that was my first moment on set.

[Laughs] I really dove right in.

You have great chemistry with Angela Kinsey in this. What was it like working with her?

She’s awesome. She’s just lovely as hell. She’s so cute and so enormous. The poor gal had to run around in her vulnerability between our two characters. She was really nervous about our sex scene. We had a couple of tequila shots before doing that. She brought her little bottle. [Laughs] “You need to slow down!” She wanted to keep going and I’m like, “I don’t think we should!”

The film is so incredibly timely, too. With the opening scene where Honey’s boss is having his way with her in his office and calling her a “slut” or whatever it was, you’re almost scared to laugh. But Heather’s really clearly telling us all, “No, we should all laugh at this.”

Absolutely! I mean, that’s the zeitgeist. But she didn’t know that the #MeToo movement would be going on right now while she was making it.

When did you guys shoot this?

It’s kind of prophetic, isn’t it?

Oh yeah, but come on. Bigotry and sexism aren’t new things. I think we as a people have gotten to a clear understanding of speaking on those issues. I like the messaging of the film. I like the title Half Magic. I like the idea that, sure, you have to be a little lucky sometimes, but then it also has to come from you. You have to make choices to live the life you want to live. If there’s something in your life that you don’t like, you need to stand up and do something about it. In regards to what’s going on now, it’s prevalent in the world. Listen—I think clichés and tropes are there because there’s some element of truth in it. Certainly, one of the things that I like that’s prevalent in all of the characters’ relationships is that they’re with these belittling human beings who do their best to make women feel small so they can maintain some power over permission, you know? Again, it comes back to the “half magic” part of it where, if you don’t want to be treated like that, you need to stand up and say you shouldn’t be treated like that. I think that stuff is super prevalent.

Have you experienced a lot of sexual harassment in and out of the workplace?

It’s so common. I’ve had drunk women come up and grab me. I mean, I’ve never been in some kind of situation where, with whatever’s going on, I couldn’t address it immediately. Sure, I’ve been passed by that man or by that woman. It’s about what you do. But I also respect when some people don’t have that same ability to either articulate or stand up for themselves. They shouldn’t have to be put in that position in the first place. It goes back to common decency. You shouldn’t treat people like that. You ask me whether I’ve been sexually harassed and I think there’s sexual harassment going on all the time. I just don’t think men—and I’m sure there are individual exceptions, but as a whole—experience what women go through. It’s different.

There are key similarities between Mark and Smith from Sex and the City. They’re both strapping younger guys who have the kind of sincerity to open up the more complicated, older women. But Mark feels more grown-up. He’s a self-made restauranteur with kids.

Yeah, he’s different. But I was definitely cast for supportive reasons in Half Magic. That’s fine, too. It’s not a film about me or my character. It’s about what he is to her so she can get a sense of some other type of treatment [from men]. We normalize our tyranny. She has normalized her tyranny up to that point [when she meets Mark]. She was looking for something very different.

There’s a bit in the movie where you’re compared to Thor. Does that ever happen in real life?

[Laughs] No, I think Chris Hemsworth took that over. Maybe one day I’ll get lucky and someone will compare me to Chris Hemsworth. I did think that was pretty fucking hilarious.

You spent some time on Charmed opposite Rose McGowan long ago. What was she like then?

Sort of different than what she’s presenting to me right now. You know—I watch Rose out there doing what she’s doing and I’m trying to pay attention as much as I can. I do think there comes a point where it becomes about attention and you’re shouting just to shout, with the approach that she takes and the radical language she uses. I don’t think you should trade one tyranny for another. To act and speak in these derogatory terms doesn’t necessarily move the conversation forward.

They ordered the Charmed reboot. What does it take to make a show like that work today?

Yeah, I don’t know. I have barely any thoughts about it. I did see a blurb about possibly having one of the characters be a lesbian. Why not, if the story’s there? I don’t have that much vested interest in Charmed, to be honest. It was a short little stint for me so I don’t know all the characters or storylines. But in today’s climate, or just in general, they write storylines in a more honest way than they used to on TV. They actually deal with people’s real issues regarding gender or whatever human circumstances they choose to talk about. One of my favorite shows that’s really good in terms of talking about diversity of characters is American Horror Story. I think it moves away from the notion that the world comes in limited packaging.

Half Magic is obviously Heather’s debut feature as writer and director. Do you have ambitions of your own behind the camera in that kind of capacity?

Yeah, actually! I’ve been working for a long time on writing something that I feel good enough about to put out into the world. I’m working on something right now that will go into development this year, but it’s one of those things… It’s too early and you don’t want to talk about it in detail.

What’s next for you on the acting side of things?

I’m not sure if we officially announced it, but we just got picked up for season two for the show that I’m on at ABC [Midnight, Texas]. My bosses being the corporations and all of that, there are a lot of checks and balances that have to get done first. So that’s going to be my next project. Hopefully, we’ll hear all about that pretty soon.

How much fun are you having on that show?

Oh my god. It’s so great. The first season was so fun. That’s another one where I adored the people I was working with. Our showrunner on that [Monica Owusu-Breen] was just such a lovely human being. Sometimes you don’t get that, but you do the work anyway. We had so much fun. I mean, look at the characters and the fantasy of it. Sometimes it’s 17 degrees at night when you’re shooting and you have no shirt on and it’s still fun… Or it’s fun afterwards. [Laughs] It’s nice to go into a healthy workspace, especially in acting. Well, not just acting, but sets are such intimate things. We’re a moving army. Everyone’s rolling in each other’s company for 16 or 17-hour days, for weeks on end. You’re stuck with each other so you better have a good sense of camaraderie.

Half Magic is specific in its comedy. What do you find funny on the day-to-day in real life?

That’s a very interesting question! I don’t know, I laugh all the time. I know what I don’t laugh at: I refuse to laugh at other people’s pain or try to be a mocking human being. I like witticism. I like somebody who’s really clever and puts out good ideas and brings them back. Too much red wine? That definitely makes me laugh. My favorite humor is witticism when people create and build on the conversation. Anyone can tear something up and down. I’m not into ragging humor.