The actress on hitting roadblocks in the industry, Between Us, and her future aspirations as a writer and director. 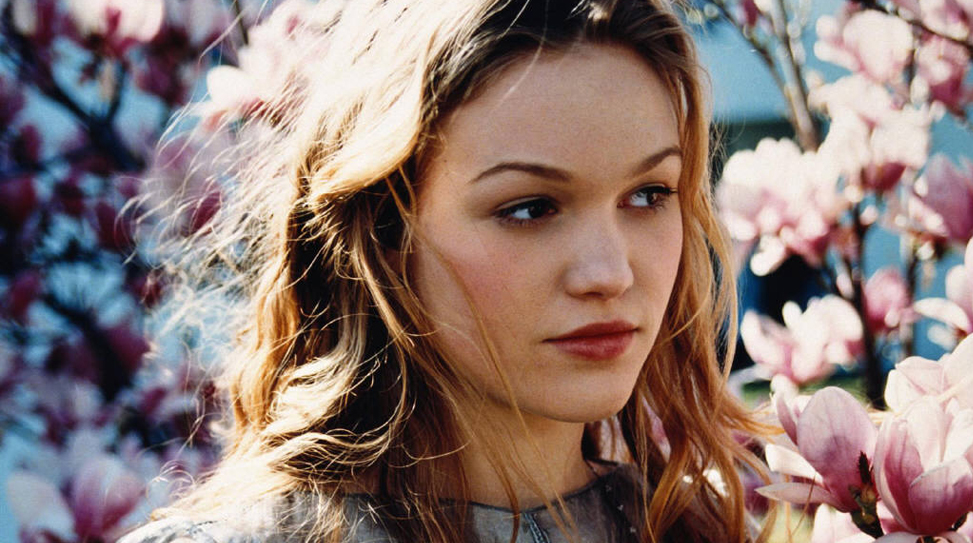 If you look at most acting careers, there are ebbs and flows—times of great expression and times of stagnation.

BETWEEN US, DEXTER, JULIA STILES, OUT OF THE DARK, PALOMNA

Maybe your high school dream was a bit different, but Julia Stiles was at the front of ours. I saw Save the Last Dance six times in the theater. And she’s smarter than you are, maybe. Who halts a successful acting career to attend Columbia University and, god forbid, learn or something? Stiles is a mixed bag and that’s what keeps her interesting. Let her do the talking.

Between Us gets its digital & DVD release on July 30.

I understand you’re currently in Columbia shooting Out of the Dark. Are you a big fan of horror?

I’m more a fan of suspenseful movies. Whatever term you use, I am more impressed with good psychological thrillers and the classic scary movies that used blood sparingly.

You’ve made great career choices since the beginning and it seems like you’re interested in a wide range of roles. How have you maintained this kind of trajectory in an industry where so many actors seem to hit roadblocks along the way?

I’ve definitely hit roadblocks, I think it’s unavoidable. If you look at most acting careers, there are ebbs and flows—times of great expression and times of stagnation. I don’t think actors have much control over that either, so I’ve learned to surrender a little. I think the key is to always stay creative, and be flexible with this changing industry.

You took some time off to attend Columbia University way back when, which was heavily publicized. It obviously wasn’t looking back, but at the time, was it a gamble?

I guess, but I don’t regret it for a second. I am so grateful for that experience, all four years. I am grateful even to have been able to afford it. It gave me perspective when I was starting to enter the world of “famous actor” and I refused to drop out because I didn’t want my attendance to just be some talking point in those interviews. You have to have a full life outside of acting, especially in order to be a good actor, so while a liberal arts education may not be obviously vocational, it informs my work all the time.

How did Between Us come to you? What kind of conversations did you share with Dan Mirvish in the beginning?

I was about to do a play on Broadway that fell through a few days before rehearsals, so I’m faced with six months opening up before me. All of a sudden, major plans changed. But the next day, my agent sent me Between Us and I absolutely loved the script. The universe works in funny ways.

Were you at all familiar with the play?

I hadn’t seen it, but I had heard about it and read it.

Not to digress too much, but you seem to be a big fan of the stage. What does it offer an actor that perhaps film and television doesn’t, and vice versa?

Theater is like going to the gym for actors. You hone a set of skills that will serve you when the pressure’s on. You can lose yourself in the story more easily too. I think it’s the closest we get to living out rock star fantasies.

In Between Us, there’s a constant tug and pull between the couple, and the couples, where they‘re joking around one moment and turn venomous the next. Was it ever difficult to find the emotional compass during those protracted scenes?

That’s something you learn to do more and more with every movie. You get acclimated to the disjointed nature of filming. If you were Grace, how do you think you would’ve handled the situation when Sharyl and Joel drop by the apartment unannounced, with an agenda? That’s hard to say, but I don’t think it would make for good drama. This film is very much an ensemble piece and almost completely driven by dialogue. What was the overall approach? Were there rehearsals and/or improvisation? We did get to rehearse, which is rare for a movie.

You found great success with a guest starring role on the fifth season of Dexter. Do you enjoy the schedule and time commitment that comes with TV? Do you have any desire to return to TV anytime soon?

I was so spoiled by Dexter. I loved what they wrote for me, and I loved getting to explore that character much more deeply than you often get to in a movie—simply because of time. There is some very good quality programming on TV, so I’m open to it. Like any medium, whether it’s film, theater or whatever, so much of it depends on the writing and the people involved.

Any plans to write and/or direct a feature film of your own down the line?

I was able to write and direct a webseries called PALOMA that’s available on YouTube via the WIGS channel. I loved every minute of it, so I want to write and direct more. I didn’t act in it, but I think it helped me immensely to see how much can be done in editing. It allowed me to be more open and playful later in my next acting job.