Already two decades in the business, the actor discusses his career trajectory, stunt work and Jeff Renfroe’s The Colony. 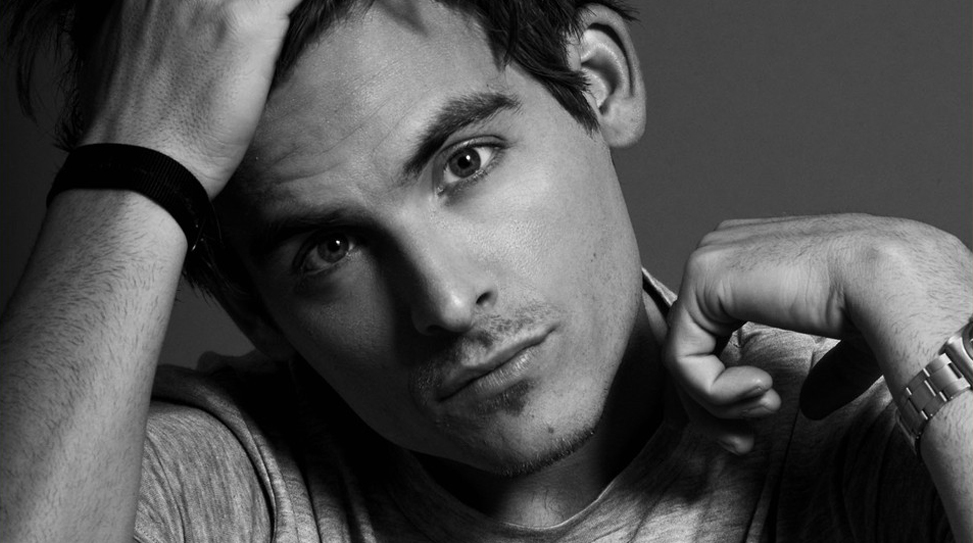 I don't think being thrown into a wall when the camera is set 20 feet away is something that's required of an actor.

Kevin Zegers has paid his dues. There was his prepubescent role in Air Bud, his pre-Gossip Girl touch-and-gos on shows like The X-Files and House, not to mention his abundant share of horror flicks. It wasn’t until Transamerica that he truly earned his acting stripes, going onto pick up the Chopard Trophy at the Cannes Film Festival, which recognizes two breakthrough performances each year. In the film, he plays a teenage hustler-turned-porn star who discovers that his dad is actually a transgender woman. The role was a career-defining one, yet having spent some time out of the spotlight while battling alcoholism—he’s several years sober now—it’s only recently that Zegers began to prioritize and deliver on all that early promise with a steady raft of film work.

In Zegers’ latest film, Jeff Renfroe’s The Colony, a new ice age has forced mankind underground, the earth’s population severely reduced to a finite amount of humans living together in small colonies. Briggs (Laurence Fishburne), a colony leader, enlists a volunteer in Sam (Zegers) to march into the wintery tundra and investigate a disturbance at a neighboring colony. As you might have guessed, the distress signal turns out to be a trap and the trappings of a classic B-movie follow suit—cannibals! In addition to The Colony, Zegers recently appeared in the first installment of The Mortal Instruments franchise, All the Wrong Reasons opposite the late Cory Monteith, and wrapped production on The Curse of Downers Grove, a literary adaptation by Bret Easton Ellis.

The Colony is now playing in select theaters.

Good morning, Kevin. Congratulations on The Mortal Instruments. It actually just came out in South Korea and I have yet to watch it, but they’re calling it Shadowhunters here.

[Laughs] Thanks, man. Go watch it!

It’s been awhile since you filmed The Colony and the film premiered in Canada this past April. Do you find yourself looking at the film any differently, reflecting on the entire experience a year or so later?

To be honest, as an actor, I’ve seen it once and that’s kind of as much as I ever see anything that I do. I really try not to overanalyze everything. When I saw it in Toronto, it was received really well and the fans were especially supportive of it and excited about it. So, the one time that I did see it, it got a really great reaction. That’s sort of the foundation of my understanding of how people responded to that film.

What was your first impression of the script and what kind of conversations did you have with Jeff [Renfroe] regarding the material?

I was shooting something else in Europe at the time when they sent me the script right after Christmas. You know, we talked about how we would shoot the film visually. I had this idea of playing Sam as less of a hero and more of an anti-hero. He doesn’t really walk around with the look of a guy who’s going to save the day. He sort of steps into it out of the blue. We had similar ideas about a lot of that stuff and stayed on the same page from the get-go.

It’s quite impressive what they were able to accomplish with a budget under $20 million for an epic-scale story like this. Did anything surprise you when you saw the final piece? I’m assuming there was at least some green screen involved.

Yeah, there was quite a bit of that. I sort of had the same questions when I signed on about how much of it we would actually be able to shoot and what we would actually be able to see. So, I was as surprised as anyone in terms of what they were able to get on the screen. Like you said, it cost something like $16 or $17 million dollars and it looks like a bigger movie. I was very impressed with what Jeff was able to accomplish.

Does it get any easier working with green screen, acting opposite something that’s not there?

Well, I think after you’ve done it a few times it’s something you get used to. It’s just something you learn how to do and deal with, and you just go with the flow. It’s certainly something I’ve done before The Colony. Since it wasn’t my first time, you can pretty much figure it out very quickly.

You shot inside the decommissioned NORAD (North American Aerospace Defense Command) base and I believe this was the first film allowed inside. It’s the opposite of a green screen where you’re in a real, physical environment.

It was intense to say the least. You take this 25-minute drive down into this base, which is a couple hundred feet under this mountain. The air is a bit thin down there. It’s a pretty daunting place. You only come up for lunch or at the end of a shooting day. The walls start to close in on you a little bit. But it helped a lot. It gave everything more weight, which I think is great.

It was nice to see that they were able to squeeze in some of your character’s backstory when you’re hunkered down in the helicopter, which isn’t always the case with genre movies especially. Does that help you, even if on a purely subconscious level?

I think any chance you get where you can dive a little deeper into a character is always helpful. Importantly, the audience becomes a little more invested in the characters and the world they inhabit. I think this is especially important when you’re dealing with situations that happen to be out of the ordinary. The reality of losing somebody, feeling lost and isolated—these are universal, tangible things that we can all grab onto and make that connection.

Do you enjoy performing your own stunts? And where do you draw the line?

I think once you have some experience under your belt, you know when something is necessary and safe. I don’t think being thrown into a wall when the camera is set 20 feet away is something that’s required of an actor. [Laughs] In those shots where you can clearly see your face banging into stuff, those are stuff to consider as long as you can do it safely. I’m always in favor of doing it myself if it’s set up in a way where it sells the shot because it always looks better. As long as you’re in physical shape and know how to take a hit or be thrown around, it’s actually a lot of fun.

Laurence Fishburne, Bill Paxton and you’ve all starred in your share of action movies. Did that make your job a little bit easier on set?

Well, I don’t think that’s exclusive to action movies. When you work with people who have a lot of acting experience in general, there’s a promise that everyone knows what they’re doing and there’s a support system in place. There’s no handholding or any of that kind of stuff that sometimes goes on. [Laughs] It’s a gift to work with people that are more experienced than you are, while still supporting you. Thankfully, I’ve managed to remain close with both Laurence and Bill. I actually catch up with them more often than I do with a lot of people I’ve worked with in the past.

You’ve been acting since you were just six years old. Do you have any bias when it comes to the kind of material you’re willing to take on these days?

I think some people overanalyze that a little bit. I don’t mean to sound cliché, but I try to do the best thing in front of me. I think people have this assumption that there’s a ton of planning involved. When things are going really well, you get offered better parts and get to work more with better people. With something like The Mortal Instruments, you can translate that into other higher profile, studio projects. Mainly, the thing I always look for is something that will challenge me as an actor and as a person. I just like to work. When someone offers me something great and I feel like I can do it, I’m on board.