The actress on industry matters, working with her husband on Faults, and Chris Messina’s directorial debut Alex of Venice. 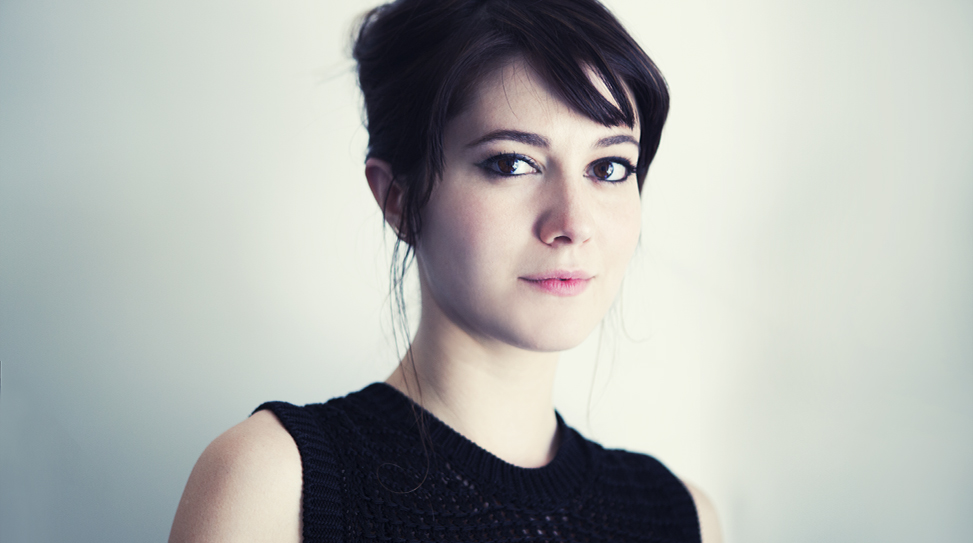 I’ve been with my husband for 11 years, so just imagining him leaving me was so devastating to me. Instantly, I could go there in my head.

There’s a powerful scene in James Ponsoldt’s Smashed (2012) where an alcoholic elementary school teacher abandons her lucidity in one particularly scary psychotic episode. Kate, played brilliantly by Mary Elizabeth Winstead in her Independent Spirit Award-nominated role, relapses while trying hard to get sober, in front of her still-alcoholic husband (Aaron Paul). Everything goes haywire. This was one of those truly rare moments in cinema where journalists—this was a press screening in New York—collectively leaned forward in their chairs as to say wow. A performer of stunning substance, Winstead seems to approach every role with this same level of honesty and sincerity as demonstrated in her latest turn as Alex in Chris Messina’s Alex of Venice.

In Alex of Venice, Winstead plays an environmental attorney who finds her workaholic regiment thrown into flux when her stay-at-home husband (Chris Messina) asks for a break. When his unexpected departure dawns as something more permanent, Alex finds herself caught balancing her family’s demands, aging father and ambitious career, which she now struggles to maintain. She’s then forced to reevaluate her life and discover what she was always too preoccupied to notice. Having starred in big-budget studio spectacles like A Good Day to Die Hard and The Thing prequel, Winstead seems most at home playing these three-dimensional characters in human stories like Smashed and Alex of Venice for which she collected some of her best notices in years.

How do you prepare yourself slipping into these very intense, emotionally complicated roles? Do you have a process now that works for you?

Smashed was a big turning point for me in terms of how I approach things. Even though I did a lot of research for Smashed, it kind of taught me that I don’t have to work as hard. I just try to bring as much of myself to it and I find that really rewarding. I found that through Smashed working with James because he basically told me, “You have to be you. You can’t create this character.” The research is less about how you create a character and more about figuring out how you relate to the character. How much of yourself can you bring to this role? You read the script a lot and figure out what moments hit you deeply, and focus on why those moments are hitting you so deeply.

So it’s definitely a more introspective thing where you see what’s on paper and build out from that as opposed to observing other people.

How did you get involved with Alex of Venice?

It’s a script I got through my agent like anything else. It wasn’t an offer… I immediately loved it. It was one of those things where I cried, like, five times when I first read it. I just felt really connected to the role and thought it was so beautifully written. I just had to play this part. I just felt like it was very specifically right for me. I knew I was a little bit young, so I auditioned a couple times. I tried to prove to them that I could be a mom and age up a little bit. [Laughs] We haven’t been married this long, but I’ve been with my husband for 11 years, so just imagining him leaving me was so devastating to me. Instantly, I could go there in my head.

Did it help that Chris [Messina] comes from acting himself when you’re under his direction?

I think it does because he understands what you need to get to where you need to go. For Chris, I don’t think it was so much about directing us, but giving us the freedom to go wherever we needed to go. In turn, that gave him what he needed. He would leave the camera running and shout different things at us to get different emotions out of us. He would shout things like, “Tell him you love him!” and that would change the mood completely. [Laughs] We would improv things that would turn into a completely different scene. At the end of the day, he got so much to work with in terms of different variations on scenes. We had scenes that started out funny that had everyone bawling. Sometimes there were serious scenes that turned into comedic ones. He had a lot of choices in the edit to keep the movie where he wanted it to go. As actors, we kind of knew that if he gave us the freedom we had everything we needed to work with.

Do you thrive much more in that kind of open, collaborative set as opposed to one where you have to hit specific lines and do exactly what’s written down on the page?

I think both can be really great as long as you love the material and the character that you’re playing. I’ve had both ways be great and both ways not be great. I think it really depends on who you’re working with and how you feel about the work you’re doing. I did this film with my husband who’s super specific and I’ve always known that going into it, you know? The thing with him was that I knew him so well. Even though it was very rigid and specific in terms of his style, it was easy in terms of knowing what he wants.

This is Faults, directed by your husband Riley Stearns. Did you develop the film together?

He created this himself. I was definitely involved from the beginning, starting from the first ten pages, so I was excited immediately from the beginning. I was like, “This is the movie. This is the movie that you’re going to find your filmmaking voice with.” I was so excited for him. I never imagined that we’d make it so quickly, so we got lucky. His producers read it and they wanted to make it six months later—it was insane. I couldn’t be prouder. It was so much fun to work with him. It was super rewarding.

What about when you do the blockbusters? Is there a very practical reason for wanting to do that and when you make those individual choices?

I’m very proud of the films that I’ve done up until now, but I had reached a point before Smashed where I had done so much thriller-action or horror movies. I needed to prove to myself that I could do something outside of that. I wanted to do something that was more challenging from an actor’s standpoint. Smashed was something I really fought for because I needed that as an actor. As soon as I did it, there was no turning back. I knew what I really loved to do. The experience is so special because it’s such a labor of love. When you get the right people involved, it’s like going to acting workshop to become a better actor. Movies like these are almost like school, you know? They prepare you for the bigger movies. You can go into the big movies with a more rounded view on acting and characters. In the bigger films you might not get those more fleshed out roles, but maybe you learn something that will make the characters more interesting. That’s my whole thing.

What was the culture like on the set of Alex of Venice? Were you also living together when you weren’t shooting?

We weren’t living there together, but we worked such long hours. You literally drive home, sleep, and wake up to drive to this. There’s no other life outside of being together. The camera was rolling pretty much all day. It really did feel like camp being these characters for 21 days. It was a very special experience because it’s so fast-paced and there’s no trailer to go hang out in.

What’s left to explore? You have such a colorful filmography.

I just want to play complex, relatable characters. I want to find really good material. When I look at female characters from the ’70s from Ellen Burstyn or something like that, that would be the perfect world I would want.