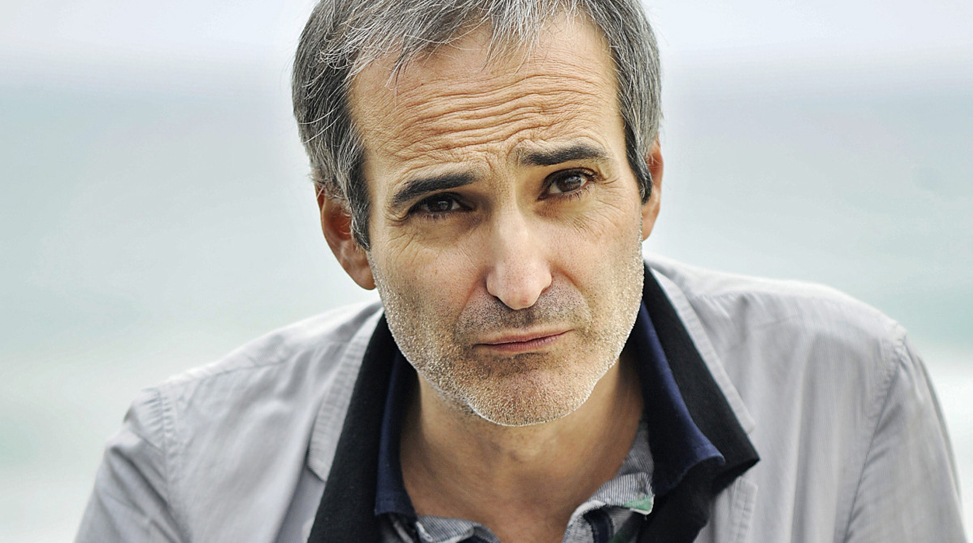 The thing is, I'm not interested in actors. I'm interested in individuals... I’m not choosing actors. I’m choosing friends I’ll be spending time with in the coming months.

In the defiantly unconventional and resolutely disorientating ghost story Personal Shopper, French auteur Olivier Assayas reteams with Kirsten Stewart after 2014’s Clouds of Sils Maria, once again investigating a beleaguered and solitary individual who’s living in the shadow of another person.

Stewart plays Maureen, a young American woman in Paris who’s biding her time as a personal shopper, going about the quotidian rituals of her job schlepping haute couture from one atelier to the next for Kyra (Nora von Waldstätten), a revolting celebutante whose one ironclad caveat is that her slave never try on the clothes. Maureen doesn’t always obey: In one explicit scene, she throws back shots of vodka and slips into Kyra’s brand new bondage outfit, made even more lubricious when she begins to masturbate in her employer’s bed. When Maureen’s not busy pleasing her boss—or pleasuring herself—she doubles as a medium, submerged in her obsessive quest to open up spirit portals and commune with her recently expired twin brother Lewis (Anders Danielsen Lie) to take the edge off her suffering and move on. If her freelance ghostbusting sounds strange, there’s plenty more on offer, like incoming text messages from a sinister correspondent—“I want you and I will have you”—that may or may not involve supernatural forces from the afterlife.

Premiering in competition at Cannes last year, Personal Shopper provoked a farmyard chorus of backbiting boos at its initial press screening, with Assayas going on to pick up the highly-coveted directing prize, in a tie with Graduation director Cristian Mungiu. That’s Cannes in a nutshell.

I took a look at the Personal Shopper press conference footage from Cannes last year. You didn’t leave any room for ambiguity in saying that the film’s ending is pretty clear in your mind. Were you surprised that so many viewers found the ending much more open-ended?

Well, I think that movies are questions rather than answers. I honestly do like that audiences can leave the theater guessing. I think it has to do with some kind of an afterlife that movies have, you know? To me, movies aren’t so much about giving immediate gratification to the audience. I think anything that’s worthwhile echoes. I like the notion of things echoing with the audience, when you question and include things that are very personal about one’s faith or belief in things that are invisible. I honestly think that’s one part of filmmaking that’s missing in a lot of movies.

The film is in many ways about Maureen coming to grips with death, isolation, and repressed sexuality. Did you want to reconcile something in yourself when you set out to make this film?

I suppose I did. A movie like this is pretty dependent on the mood or the situation you’re in when you make it. That’s what Maureen is about. It certainly has to do with my own questions and my own interrogations. I’m sure this movie was about exploring my relationship to the presence of invisible things in filmmaking, which I’m convinced exists. I’ve been convinced ever since I started making films that movies capture something beyond what is physically present in front of the lens. Movies capture vibes that you don’t entirely control. Maybe it’s a crazy idea, but still, it has been very important and informed my filmmaking since the very beginning. With Personal Shopper, I think I’m trying to explore it and question it and figure out if it makes sense or not.

Is it always your first inclination to want to do something that’s unmistakably unique?

When I start writing, I usually have my back against the wall. I don’t have any kind of career plan. There’s no master plan, really. I’m trying to move on and take one step forward from whatever I had been doing, and try to explore things that I have not explored. What it all boils down to is that I’m writing the one thing that I have the energy to write. It’s something strange enough, mysterious enough, and weird enough to give me the desire to put it down on paper and have a shot at it. In my own strange way, I suppose, I’m some kind of an experimentalist. And I don’t want to know if it will work or not. I need to be scared and not completely sure if I’m going to get away with it.

I’m a huge fan of Kristen Stewart. She has shown incredible range since Panic Room. Twilight launched her into the stratosphere, maybe at a price, but you single-handedly secured her a spot in arthouse. What is it that makes her endlessly fascinating?

Honestly—knowing Kristen, having worked with her twice now, and being friends with her—the more I know Kristen, the more I think she’s a completely exceptional actress, not to mention an exceptional human being. I feel extremely privileged to have been able to somehow document her transformation, you know? I feel that I’ve been the right person at the right time to be able to record on film the moment Kristen kind of became conscious of her talent and the reach of her talent. I hope I will work with her again because I think there are still things we can try together.

That’s a beautiful thing. I spoke to Anders [Danielsen Lie] at Cannes last year and he wasn’t entirely sure why you cast him in Personal Shopper. So, why did you want him to play Erwin?

[Laughs] Usually, there’s no solid answer to this kind of question. Here’s the thing: I wrote this part not knowing who I was writing it for. At the time, I had a very vague notion of who would be in the film and how I would be doing it. I remember having a discussion with Antoinette Boulat, my casting director, who I’ve been working with for twenty years so she’s more a friend than a casting director. We’re very close. We started discussing the character of Erwin and putting down names of actors, and so on and so forth. The next day, she sent me a text message with Anders’ name. It struck me in that moment that I had actually been writing this part for him, you know? Erwin is very close to what Anders did in Oslo, August 31st. It was as if Antoinette had read through me—as if she had entered my subconscious and clarified that this part had been written for Anders. Instantly, I said, “Yes, of course. Call him. I’m offering him the part. I want him and no one else.”

You’re clearly good at reading people and sussing out future collaborators. You’re sensitive to your needs. You don’t talk much on set, either. Your style of directing is almost telepathic.

The thing is, I’m not interested in actors. I’m interested in individuals. I’m interested in individuals who are, more or less, on the same wavelength as myself. That’s why I never do screen tests with actors or anything of the sort. I just need to meet them. After thirty seconds, I know if it’s someone I can function with or not. It’s very intuitive. To me, I’m not choosing actors. I’m choosing friends I’ll be spending time with in the coming months. In the same way it is with your friends, you don’t need to constantly explain things or reestablish things. That’s why your friends are your friends. So I think my approach to working with actors is much closer to what we call friendships.

How long does it take you to complete a screenplay, generally speaking?

It depends. I wrote Irma Vep in nine days. I wrote Personal Shopper in two months, at the most. With the screenplay right now, I’ve been working on it on and off for a year and I’m not through yet. So it depends on the project. Sometimes things come to you finished and you put it down on paper and that’s it. Other times, you have to feel your way into a subject and the characters.

Is the script you’re currently working on Based on a True Story for Roman Polanski?

Oh no, the Roman Polanski one was fast. The deal was that they wanted the script, like, the next day. I really worked fast on that one. We started working on it in early June and we had a finished screenplay by mid-July. We basically reshuffled it with Roman Polanski during August and started preparing the film. Now it’s done and finished and they’re in the editing room with it.

Are you in the habit of seeing every idea through, or do you have a lot in your periphery?

I like to try things. Ultimately, I don’t think I work with ideas—I work with characters. Once in a while, I start scribbling down stuff, but it’s not so much ideas and more characters. I realized that I’m serious about turning something into a film when the characters stay with me or I keep going back to them. Gradually, layer by layer, [the character] comes to life and I build the screenplay around that one character or possibly a few characters. That’s the best answer I can give you.

You went through a traumatic experience in 2014 when they suddenly pulled the plug on Idol’s Eye. What’s happening with that one? You’ve since called it your “ghost film.”

[Laughs] It’s more like a burden that I’ve been carrying around on my back. It’s super frustrating to not have done it. It literally fell apart a day before we were about to start shooting with the cast. I’ve been trying to revive it because I really believe in it. I think there’s potential for it to be a really good film. But it’s too expensive and we’ve been really struggling with that. So maybe it will be my next film or it won’t be my next film. It’s still certainly possible. It’s a very fragile project.

I know Robert De Niro was first attached to star and Sylvester Stallone, who obviously made quite a comeback, has since replaced him. Are you excited to have him on board?

It’s very exciting. I’ve always been a fan of Sylvester Stallone, ever since his early films and when I was a young film journalist. He was my first choice, really. That’s just how the industry functions, I suppose. When I wrote Idol’s Eye, I wanted Stallone and everybody told me, “You’re never going to get this financed. No one will want him for that part.” I thought that was crazy because he’s a great actor. At the time, they said I should offer it to Robert De Niro if I want to get the film made and, obviously, I’m a huge fan and I was happy to offer it to him and work with him. But now a year has passed and, all of a sudden, everybody is excited with Stallone because he was in Creed or something. So, it’s just weird. I just don’t get it, you know? I go with the flow, I suppose.