We dig deep with the Frankfurt-based musician, producer and DJ, Philip Lauer who offers up a balanced perspective on work, family life and the humble approach to making music. 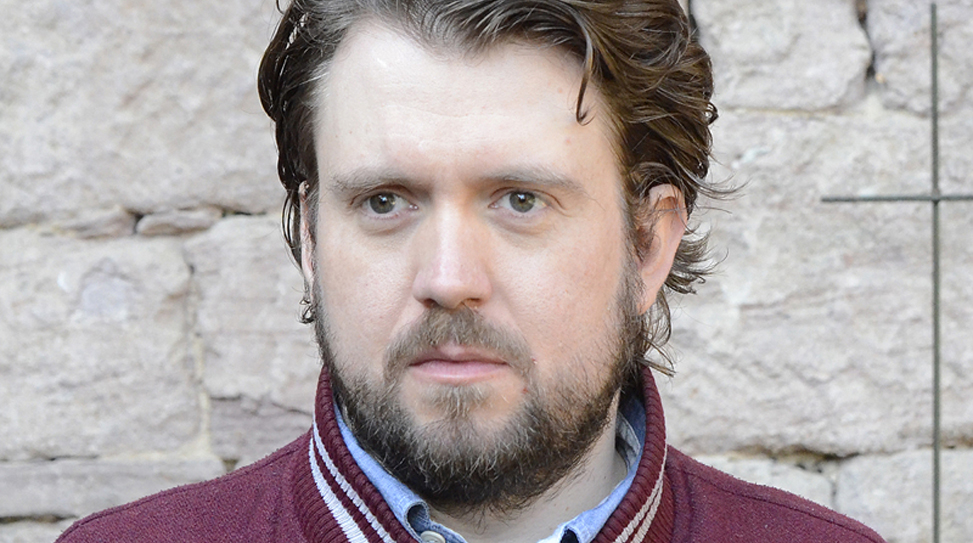 We weren't really part of a scene, more like exotic weirdos.

Frankfurt-based musician, producer and DJ, Philip Lauer offers up a balanced perspective on work, family life and the humble approach to making music after dropping his sophomore album last year. Since then, he’s been busy collaborating with producers like Fabrizio Mammarella on dance-floor anthems while preparing a T&P 12″ released this year on Tim Sweeney’s, Beats in Space label. Keep an ear out for his other projects as Lauer keeps stirring the pot.

Last year you released your second album called ‘Borndom’ on the great Permanent Vacation label. The album as whole as a very classic and timeless sound. Tell us about the editing process of picking the songs and in the order of which you orchestrated them. Is this all new material you’ve had for a while or were they all conceived since your last LP on Running Back?

Thanks for the nice words. I’ve been collecting ideas and sounds since the last LP and I put together what felt right in the end of 2014. I also recorded completely new tracks while finishing the LP. The only thing that (I hope) is evolving is my ability to properly record and produce stuff, as I always learn and acquire new gear. Besides that, I guess I’m stuck with a certain aesthetic. The positive way to say this would be: I have a characteristic sound; that’s what people say at least. The sequencing of the album (putting the tracks in order) was done by my colleague, Gerd and the mixing was done by Lopazz.

The songs have a very crossover and anthemic feel to them. Beyond the word-play title is there a narrative behind some of the songs in specific?

Thanks. I wouldn’t say so. The only concept behind those tracks is that I finished them in the same eight weeks with the same studio set-up and mindset. I think I was probably listening to a lot to a classic 80s pop radio stations in my car. I liked the idea of incredible, big and very professional studio productions of that period with a lot of craftsmanship involved—not that I would be able to recreate something like that. It’s more of the opposite but it might have been a bit of a catchpenny to go in this direction. The title was supposed to reflect that; there are no main themes behind the tracks somehow. I thought boredom as the motor of so many things—be it good or bad—could be a connotation. And of course stupid at the same time. Maybe honest too.

‘Alright’ featuring Ela is a beautiful song. Any future plans for this collaboration?

For sure. Ela is a friend and there are some things already in preparation. Top secret right now.

What are some current bands you find new, fresh and exciting?

That’s a tough question. I’m not really up to date with the indie pop rock scene; however, I do buy records but mostly dance related, DJ Lauer style. But I would say Peaking Lights and Golden Teacher would match the term “band.” I’m a huge fan of both!

When looking for inspiration to make new music, where or who do you run to?

Luckily I don’t have to run anywhere I think but wait…maybe I should. Is that a hint of yours ? Is it really that boring ? Hmmmm, wrong job after all.

You have a five year old son: How do find the balance between doing full-time music and being a dad?

I use the his kindergarten hours for studio work when his mother, my beloved bigboss, is off working and my whole family has my back when I’m away for the weekends. Also, full-time music is not going to make me get a heart attack or burn out.

How did you and Gerd [Janson] meet and why did you switch labels for the follow up album?

We met in 2006 in some club in Frankfurt and although we could have known better it all ended up in this Tuff City kiddo thing. I switched to PV cause I like the guys and out of mercy for Gerd who is running the label on his own.

Any plans on a global tour and visiting the US for some gigs?

I would love to visit the US for some gigs and there are offers here and there but the legal side of things is quite demanding.

Why did you stop running your killer label Brontosaurus?

Thank you. It was great experience but some things need to end before they start to really stink. It probably also had to do with Arto Mwambe not being the main thing for us (Chris and myself) anymore and believe it or not, bad sales too.

Any plans to continue making music with CB Funk as Arto Mwambe?

Never say never. No plans at the moment though.

You used to play in punk bands. What instrument did you play? Tell us about that time in your life and the punk scene you lived in growing up. Do you feel it very much coincided with early rave scene?

I played drums. We weren’t really part of a scene, more like exotic weirdos. I played in my last band until 2005. That’s when we had our last show so I was kind a parallel until then. The main theme of my youth in the 90s was probably skateboarding. I didn’t like the whole rave scene and techno music or clubs. I only found out later that it wasn’t that bad at all.

Can u tell us about your introduction to dance music?

I really like Daft Punk’s ‘Homework’ album, although it was a strange record for me to like at the time. I soon started to dig deeper into house music and got hooked. One track that left a strong impression was ARJ SNOEK’s ‘People Know’ on Ladomat. Not only because it is a top track also because of the producer being a young and seemingly normal guy like myself. That was all pretty fascinating to me.

Who and what were some of your biggest motivations when getting into electronic music production?

Read above. I also liked the fact that I could be the total boss in opposite of being in bands and having to obey.

Let’s a talk little bit about your studio for all the geeks out there. What are some of your favorite hardware synths that you find yourself using the most? How often do you use soft synths or plug-ins? What is your usual process in beat-making?

I don’t use software synthesizers, although there are really really good ones. My most used synth is probably the Oberheim Matrix 1000, with 1000 presets! I love presets. For beat making I usually use drum computers either triggering them with midi or using their sequencers. I use some freeware plug-ins for delays and reverb sometimes.

How did the connection with Live At Robert Johnson come about?

Well, for a few years I probably went there every night they were open and when we started the Brontosaurus label. Ata (RJ boss) asked us to be residents. Oliver, who is running the LARJ label was a friend before he started there and when they launched with the MIX CD series they asked us as Arto Mwambe to do one.

Lets talk about the DJ culture: Who are some of your current favorite DJs? Do you still find yourself going out to hear people play records?

I guess it’s boring but my favourite DJ still is Ata. I mostly hear other DJs when I’m playing somewhere. I don’t go out that often if I have a free weekend. Maybe I’m getting old.

What do you do for fun besides music?

Hanging out with family and friends. Reading books, cooking, eating, playing tennis once in a while. I started to watch movies too.

Any future plans or new projects in the works?

Lots of stuff. T&P (with Tim Sweeney), Talamanca System (with Mark Barrott and Gerd Janson), Hotel Lauer (with my brother Jacob). Also a Tuff CIty Kids LP is in the pipeline, probably for early 2016. Plus a lot of remix cream on top.