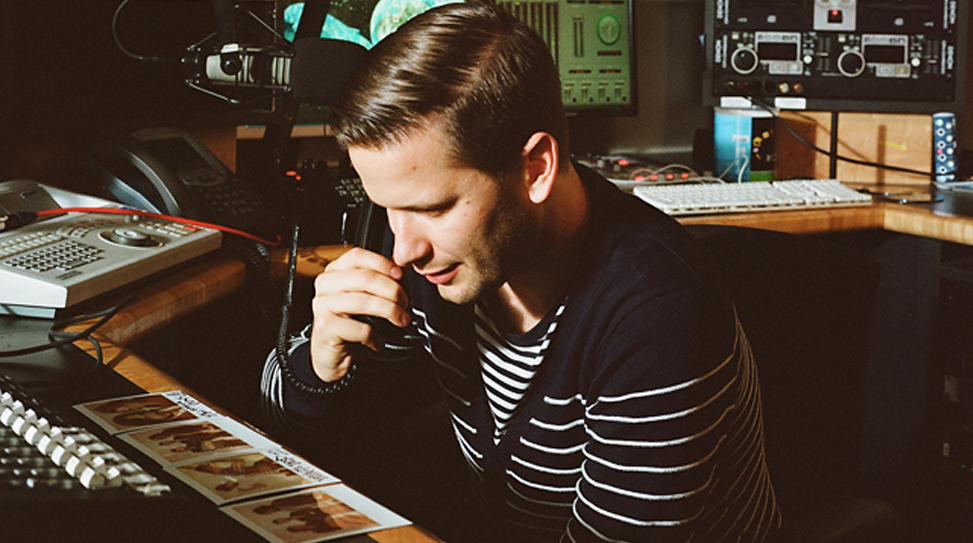 I started receiving calls from stalkers and other crazy people! The first time someone from Riker’s Island called it was a lot of fun. I just hope these people don’t actually kill me one day.

NASA has sent a whole host of things into orbit since their inception: men, dogs mice, monkeys but never a DJ (although apparently Neil Armstrong did have a crazy collection of vintage Northern Soul 45s). Save for those pesky eyeglasses, Tim Sweeney would be a fine choice. He got his unofficial request in years ago when he was just an NYU student with his radio show Beats in Space and the station barely reached all of the dorms. Now, thirteen years on, WNYU is on the almighty FM dial, the show is a required stop on any touring DJs time in New York and Sweeney keeps a busy touring schedule himself thanks to the show’s high profile and an association with the almighty DFA Records. We let him explain how he stays ‘grounded’.

Does it feel like you’ve been doing the show now for thirteen years?

I feel old! I know I’ll see white hairs soon. Especially because the radio station is in the basement of a freshman dormitory at NYU, so the kids keep looking younger each year while I keep getting older and more jaded.

So you’re the campus Wooderson! What were your career plans at NYU before the show became so successful?

Well, I was the Soundtrack Supervisor at Rockstar Games when I left NYU, so I think I would have stuck with that if the DJing hadn’t picked up. Soundtrack supervision is still something I’d like to do more of though! Especially for movies. But that seems like something you have to be in Los Angeles for.

You told me once that you wanted to work on your interviewing, but after the latest Harvey episode, I think you’re doing great! Does Harvey just bring it out of you??

Harvey’s a character! I don’t have to do much in terms of interviewing to get the stories and jokes out of him. It’s those quieter types that I need to figure out how to break their shells.

How did your association with DFA come about? If we can ask you to play favorites, what’s your favorite release on the label?

I met Tim Goldsworthy and James Murphy at Plant Bar in 2001 where I did the weekly warm-up set. I was a big fan of Tim’s work at Mo’ Wax, so I just went up and asked if they needed an intern at the studio. They said, “Sure, come in Monday” and the rest is history! I think my favorite thing is the DFA remix of Radio 4 “Dance To The Underground”. But that’s only because I play the saxophone on it. Nothing can top that sax solo! Plus it’s a great way to seduce the ladies.

Let’s talk beef. Does your friendly inter-DFA rivalry with Juan Maclean ever blur the line? What did you think of his now classic animated video?

There’s no blurry line. We hate each other. It’s a sea of fists whenever we meet. I’m into drama now with the radio show. I know it’s a huge ratings boost and I know I need to take things to the next level. So, getting in fights with the DJs on-air is my plan.

What about your biggest hater Victor from Washington Heights? Is that friendlier than it seems & he’s just a great actor?? Those VMs sound pretty threatening to me!

Victor is definitely real! I haven’t met the guy, and I don’t have any real desire to do so, but I have over 300 phone messages from him. He calls all the time! Except the last couple weeks he’s been mysteriously quiet. I don’t know what has happened. I hope he’s okay!

Did you ever imagine you could take it this far?

I just want to keep taking it further, to be honest. I know things can still get better and more interesting. More music, bands, DJs, interviews, parties, sex and drugs.

How has the profile of the show changed since WNYU went to FM?

I started receiving calls from stalkers and other crazy people! The first time someone from Riker’s Island called it was a lot of fun. I just hope these people don’t actually kill me one day. Some Clint Eastwood Play Misty For Me business. Except it’s always crazy guys with me. Not women.

What are some of your favorite moments from the show?

Nowadays it’s the weekly phone calls from Victor in Washington Heights; from threatening to kill me to wanting to make me a superstar, he’s been a big part of the show this past year.

Is there anyone you’ve always wanted to get but haven’t been able to yet?

Now that you’ve cut your hair, what’s the next biggest thing you share with Justin Bieber? Have you ever puked behind the decks because of too many nachos??

I drank too much milk one night before the radio show and puked on Juan Maclean during the interview. It was a mess.

Clearly, milk was a bad choice.

Tune in to Beats in Space on-line.