We catch up with the legendary DJ, primarily known as the production half of the now defunct Wighnomy Brothers, to chat about his solo career and new LP. 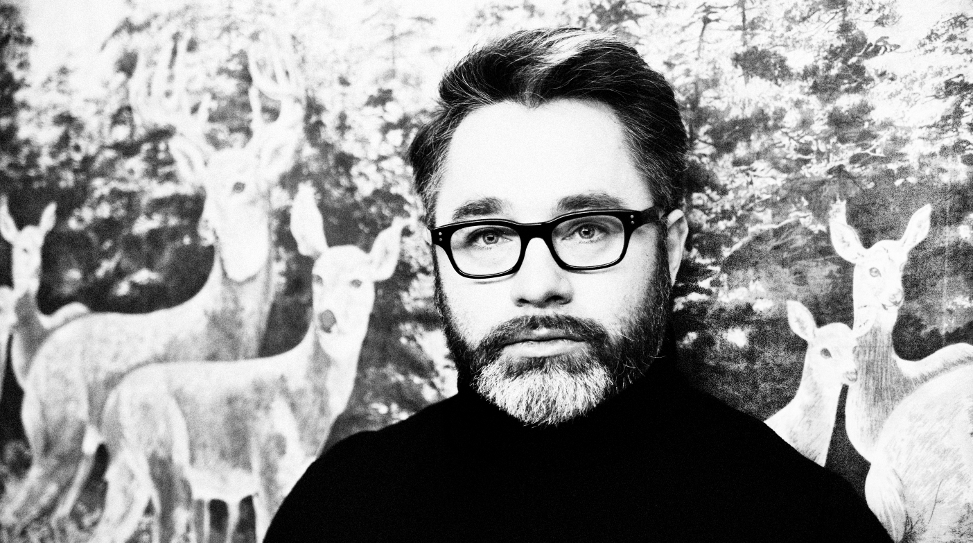 If you haven’t heard of Robag Wruhme already, that’s most likely because it was only until recently that he started attaching his own name to music releases; up until two years ago, the Jena-born man was primarily known as the production half of the Wighnomy Brothers (anything that has the Wighnomy Brothers stamp on it was, in fact, created solely by Wruhme). Shortly after dropping an incredible penultimate mix, Metawuffmischfelge (again, it is only Wruhme who can take credit for this release), the two called it quits―more than understandable, considering that they’d been at it for 17 years.

Now, Wruhme is pursuing a solo career he can confidently claim his own from the ground up, trading in the balls-to-the-wall, late-night warehouse party energy for which he was once renowned for a subtler, more organic aesthetic. While LP2 (Thora Vukk, out now on DJ Koze’s Pampa Records) is definitely a house album, it’s hard to view it as such: the delicately-constructed, sensual full-length, constructed heavily of field recordings and luscious strings, comes off as a beautiful sort of love ballad more than it does a club banger. We chatted with Wruhme about moving beyond his past, his new career, and the self-described “fantasy” of his spectacular new album.

You’ve been DJ’ing and producing for something like 20 years, so let’s start at the beginning. What brought you to the world of dance music?

I have loved music since I was a young child. My dad had five records and they were my first steps with music. Tomita, Vangelis, Jarre, White Snake, and Emil, a comedian from Switzerland. How has your career changed since dissolving the Wighnomy Brothers, the duo you were in with Sören Bodner for 17 years? Obviously, you’ve done solo stuff before, but now you’re not tied to anything or anyone else. The only thing that has changed is the DJ thing and at the beginning it was strange, but now I am really into my sets again.

Let’s talk about Thora Vukk. First of all, what does the title mean?

Fantasy! I always give my tracks as Robag fantasy names.

So tell me a bit more about the titles, then.

Okay, the LP is constructed in a really interesting way. You used a lot of field recordings and played several analog instruments, like a Rhodes piano. What compelled you to use such warm sounds and aesthetics in the construction of what is, basically, a techno record?

I had the idea for a couple years now. I always wanted to weave both together. It was very important to me if I would do an album that I would do it this way.

Also, there’s a cohesion to the arrangement of the tracks… these heavy, late-night, deep dance tracks subtly flow into “bridge” sections. Every other song is essentially an intermission of sorts. Is there some sort of narrative to the album? A message or a story?

The bridges were originally a 17-minute-long sound design collage, which I produced for a video/light project for Robert Seidel. He projected his animation on to the outside walls of the phyletic museum and I contributed the soundtrack for that. Originally I thought about putting the 17-minute track as a whole on the album, but I believe that would have brought too much of a dark mood. Stefan Kozalla (DJ Koze) then had the idea of chopping it into pieces and putting them between the tracks. I liked that idea a lot and this is how the bridges were born.

There are also these really incredible sort of “mixed-bag” songs like “Pnom Gobal,” which is a truly stunning, beautiful ballad of sorts. It sounds like a love song to me. “Tulpa Ovi” is sort of like that as well. Tell me about those more melancholic tunes… they’re so enchantingly heart-on-sleeve, I can’t help but think there’s a story behind them.

When I produce music I am cut off the rest of the world. Sometimes one day just passes right by me and I even forget to eat and to drink. What exactly goes on with me in that state, I can’t explain myself. Let’s say it this way: in those moments my most “inner [self]” is speaking. But I can’t make it out, who that inner person really is; that is something that is not even clear to me. I want my tracks to be seen like a coloring book, like I said earlier―everyone who listens to it should take her or his own colours and fill the void with colours herself/himself in the way she or he would prefer it to, that way it becomes hers or his own, something personal. Me as a person―I am completely out of the picture for this. I give something out to you, which you can use in your own way. If you think it’s a love song, then you probably thought about love while listening to it, and that’s how it’s supposed to be. I think that way it’s the best!

Where do you find inspiration to create music? And what stuff around today do you really enjoy, appreciate?

I don’t really make real music. It floats, it’s a process. But sometimes I can’t really pull it off. Right now I don’t feel anything for the album. It’s still to close to me. I need some distance and am overwhelmed by the unexpected positve feedback I am getting for it. So that’s also why I am longing for the day, when I take the album and listen to it again―it’s that moment then when I have the chance to find something in it myself.

Tell me a bit about your recording process. Are you a morning worker? A nighttime guy? An equipment and gear nerd?

For years now I’ve loved to work in the morning, but I can’t and won’t limit myself to only start working then. By this I mean I don’t want to work strict hours like 7 AM to 4 PM. When I get into the flow, I work from 7 AM to 11 PM! My ears and my mind will alert me when they need to rest.

How does your environment affect your musical output? That is, how does being a German, living in Germany, working in Germany dictate the way in which your work comes out? How does travelling change things? I’m a staunch believer in the notion that the place in which you are at any given moment directly affects the thing you are doing, whether it’s creating art, raising a kid, dating a woman, whatever…

I love to consume music in all of its facets. I wake up with music and go to bed with music. On that level, music is always influencing me a lot. When it comes to music I never just want to get something done, to get over with it. I don’t like to produce when I am travelling; I don’t like to do music when I’m on the run or in-between places. I always try to discover something that remains and I always want to create something that [has the potential to] remain. Our lifestyle is transient enough. So, basically, I work at home. Because I drift into a world in which I don’t have any contact to the real world, I hardly can imagine to produce music anywhere else than in my comfort zone. But images I get while travelling are highly inspirational. I like to go back in memory to awesome moments in the club when I produce.

How’d you hook up with Koze and his label, Pampa?

Stefan [Kozalla] and I have known each other for a very long time now. I like him a lot and I believe he likes me, a little bit, too. [Laughs] We exchange our projects a lot and give each other feedback. He listened to some tracks and waited patiently until I would go into that LP-making phase. He told me to use the flow, and I did.

End of August I will become lingerie model in Milan. Also I will work in my pastry shop and will finish the book I am writing by Spring next year. So I have a lot to do.