The name Roman Flugel has been synonymous with dance music since the 1990s. Here the eclectic producer shares some of what makes him tick from behind the consoles and beyond. 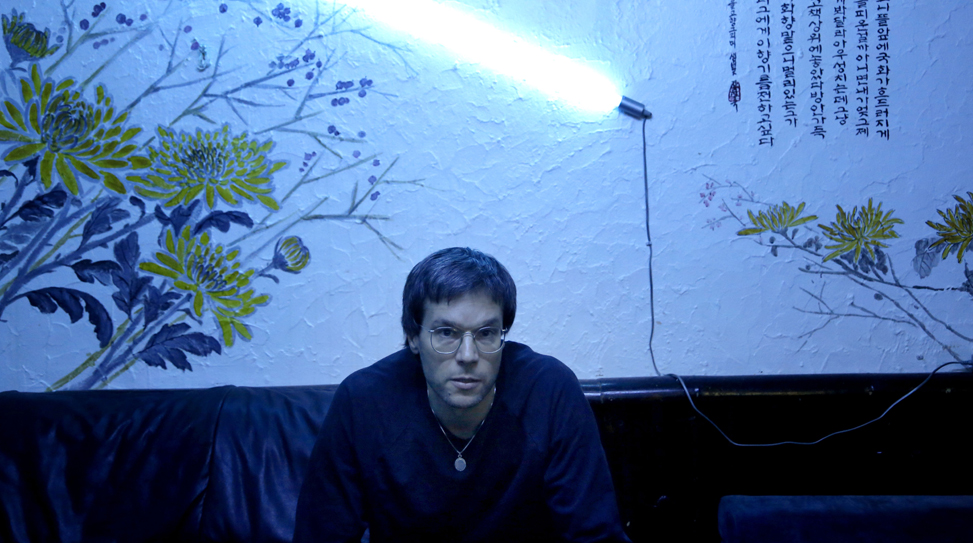 For my new album the great heritage of electronic dance music coming from Detroit or Chicago was less important than the artistic concepts of David Bowie, early Depeche Mode or Neu!

The name Roman Flugel has been synonymous with dance music since the 1990s and the eclectic producer shares some of what makes him tick from behind the consoles and beyond. Here expands on life after being a label owner, the creative process behind his latest album “Happiness is Happening,” validation for young contemporary Daniel Avery and how “different aliases can provide a certain freedom—sometimes.”

Your new album “Happiness is Happening” is one of our recent favorites. Beyond what the title is telling us, was there a general concept you were going for when creating it?

I guess what’s constant in my work is the urge to make myself sit comfortable between chairs. Which means I’m trying to avoid to do the ‘perfect’ techno, house, or whatever track since I don’t see myself in any kind of tradition. For my new album the great heritage of electronic dance music coming from Detroit or Chicago was less important than the artistic concepts of David Bowie, early Depeche Mode or Neu!

You’ve done quite a bit remixes in your day and just released a killer one for Daniel Avery. What are your thoughts on the remix side of the business? Do you enjoy doing them now more then before?

First of all I have to make connection with the original track. Then it’s time to squeeze it into my own little world, break it into bits and pieces and create something new. I’ve always been into remixing but only a small number of my own tracks have ever been remixed and I actually like that.

Who are some of your favorite emerging non-electronic based artists?

To be honest, I’m not an expert if it comes to emerging non-electronic artists. I still find myself listening to bands like Yo La Tengo, Windy And Carl or TV Personalities. A younger band I really enjoyed was Django Django.

Lets talk a little about your current experience in nightlife, not necessarily as a DJ/performer but more as a guest. Do you still enjoy going out to hear a DJ play? Who are some of your favorite DJs at the moment?

Unfortunately there are never enough free weekends left to just go out and enjoy nightlife as a guest because of my touring schedule. I miss that sometimes, especially the social part of it. Looking at younger DJ’s and producers I definitely would say that Daniel Avery is amongst my favorites. Along with a German guy named Benedikt Frey who’s doing some amazing productions and is also a unique selector.

What do you love most about living in Germany and do you see yourself moving anytime soon?

To live in the center of Europe and Germany has quite some benefits if you’re playing mostly on that continent. Frankfurt—the city where I live at the moment—has one of the biggest airports, which makes it very easy to get away and perform. In general life in Germany wasn’t to bad for the last sixty decades and being able to witness the Berlin wall coming down and taking part of the unification process of a country is a life-lasting experience. I’d love to spend some time abroad one day, but right now it still feels okay where I am.

Let’s wind it back a bit—Playhouse, Klang Elektronik & Ongaku were some of my favorite record labels and were home to a long list of great artists like Isolee, Farben, Maus & Stolle, M/S/O and a myriad of your early aliases. You’ve recently released many of the classic titles digitally. Do you see yourself putting out some new wax releases on any of these soon?

We had about 15 great years when Ata, Heiko, Jörn and me were running the labels together. But everything has to come to an end one day and our business concept simply wasn’t strong enough to deal with the downfall of vinyl sales, free downloads, and bankruptcy of certain distribution companies. The labels don’t exist any more as far as I know but Jörn and me decided to release our entire back catalogue step by step digital on our own imprint Alter Ego Recordings. All the artists got their rights back and some of them like Isolée for example re-released their classic Playhouse records again on another label. I’m not sure if anyone is planning to re-release vinyl again but it’s certainly possible.

It’s known that having aliases permits artists to change their production styles and delve into other musical realms without really affecting an existing fan base. From your classic works as Soylent Green, Acid Test, to Eight Miles High, will you continue to only release music as Roman Flugel for now on?

Different aliases can provide a certain freedom sometimes. Hiding behind a name can be an artistic principle and allows you to slip into another character. In my case I thought that things became a bit to complicate and I felt it was about time to merge everything I do into my real name. Artistically there should be no restrictions of your own and why not take your given name to present of who you really are?

You’ve had long standing collaborations with Jorn Elling Wuttke, do you have plans on working on music with anyone else or possibly releasing some new material with Alter Ego or Acid Jesus?

Not at the moment. But we will re-release an Acid Jesus track very soon on Efdemin’s label ‘Naif’ as a split EP with Gunnar Haslam on the flip side.

Let’s talk studio a bit for all the geeks out there. With the ever-emerging technology in music gear, do you find yourself trying out new hardware often? Anything new & exciting for you in particular?

Not that much to be honest. I’m still quite happy with my older versions of Logic and Ableton running on my computer. I’m not using Internet in my studio, which distracts me from downloading all the things that might be interesting. Besides the software I use a lot of outboard synths and drum machines which I have collected over the years.

What are your favorite new or old synths that you find yourself using the most?

I like to use digital and analogue sources at the same time. For example 80’s FM Synth’s like the Yamaha DX100 or the drum module TX802 along with an Korg MS20 or a Roland SH 101. I recently bought a Roland MKS 80 with along with the programmer and I enjoy working with this a lot.

You used to play drums. What is your “go to” when doing your beat programming?

It’s just a rhythmic feeling that is transferred into recording software. I usually try a few things here and there add some quantization and create different patterns. I also like to create my own sample banks with drum sounds from any kind of source.

On the average how long that is take for you to finish a track and do you typically work on multiple tracks at once?

That’s hard to say. It always depends how things ‘flow’ during the production. Sometimes I prefer to improvise while I’m recording and before I start to do edit’s to create a final track. Sometimes I’m working on different patterns to have a more song-like structure. In general I would say that a basic idea comes quick but it takes some time to have a satisfying final result. Especially mixing can be a painful experience.

Tell us about a typical day in the studio with you and the creative process. How long do you spend working in a day or work week?

If I’m DJing Friday and Saturday and come back Sunday evening I take Monday off to have some rest, especially for the ears. I’ll be back at my studio on Tuesday morning, starting around 11am. The creative process depends on what I’m working on. It will be a difference if it’s a remix or my own track for example. It also depends on which state of the production I’m in or if I’m creative at all…but I will at least try to do something. I usually don’t work at night since I consider myself an ‘early bird’ during the week.

What would say fuels your creative engine when starting new music?

Basically my urge to create. I’m trying to connect myself to something that’s probably working on a subconscious level. I guess it’s a form of energy that runs around in everybody. After all it’s still the most pleasant feeling I get from making music and even though it can be a long way to finish what you’ve started sometimes I still enjoy what I’m doing after all these years.

Other than music-related activities what are some of your favorite past times?
I enjoy good and healthy food, traveling, watching movies or TV series, going to exhibitions hang out with friends—nothing too special. And I’ve discovered Ashtanga Yoga a few years ago which set’s a nice counterpoint to the usual weekend madness.

Lastly, why did you cut your hair man?!
It was about time.

‘Happiness is Happening’ is out in September on Dial