The most laid back person alive on his fame-triggered crisis, getting a day named in his honor, and his fifth studio album Boo Boo. 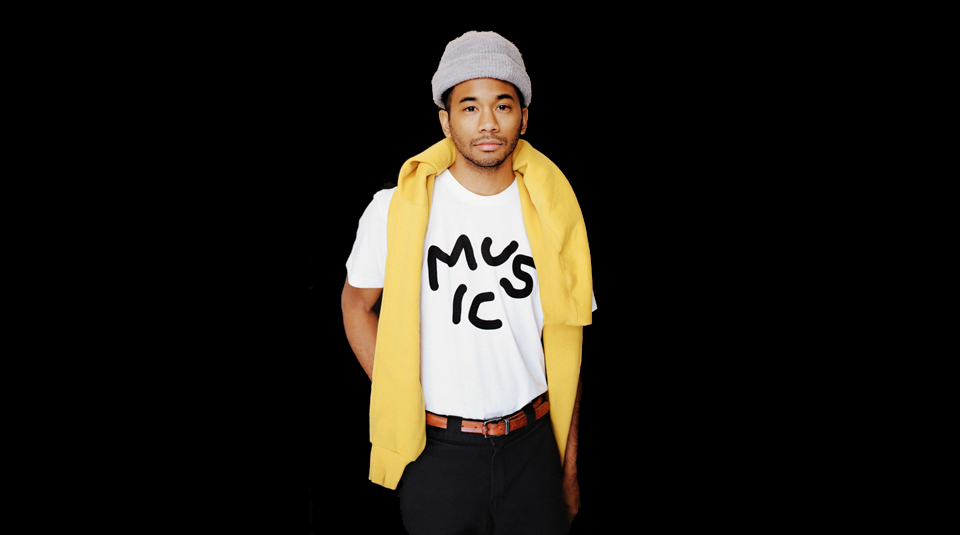 Getting bigger and getting more notoriety has its side effects.

BOO BOO, CAUSERS OF THIS, CHAZ BEAR, COMPANY RECORDS, GIRL LIKE YOU, LABYRINTH, LES SINS, PLUM, SIDES OF CHAZ, TORO Y MOI, WINDOWS, YOU AND I

When it comes to Toro y Moi’s Chaz Bear—he officially changed his name from Chaz Bundick—malleability is the project’s most endearing quality. Last year, he released a live concert album Live from Trona. It was performed in front of no one, in the middle of a desert. Earlier this year, Bear put out a progressive jazz album Star Stuff with twin-brother jazz duo the Mattson 2. Now the first-wave chillwaver returns to his roots with his fifth studio effort, Boo Boo, after 2015’s What For?

The catalyst for Boo Boo was the 30-year-old’s growing identity crisis. Bear had been struggling to settle into his new life as a public figure. This led him down a path to seek refuge in music with a sense of “space” in it, citing Travis Scott, Daft Punk, Frank Ocean, Oneohtrix Point Never, Kashif and Gigi Masin as influences for the 12 new tracks. Boo Boo is said to be the guy’s most personal work to date. If only because Bear remains such a doe-eyed innocent, this sounds entirely honest.

And about that identity crisis tethered to fame: Recently, the city of Berkeley, California announced a day in Bear’s honor. June 27 is now officially “Chaz Bundick Day.” While treading new territory, Bear is also circling back to the familiar Toro sound that fans first fell in love with on 2010’s Causers of This. Nowhere is this felt more than on the album’s two singles “Girl Like You” and “You and I”—bye psych-Chaz, hi chillwave-Chaz—complete with homespun, retro, DIY videos.

Boo Boo is out July 7 via Carpark Records.

I have to ask you about this first because I’m only human: June 27th is forever “Chaz Bundick Day” in the city of Berkeley now. Do you get a phone call? How did you find out?

Honestly, through email. [Laughs] When I got there and met the mayor, he was pretty much just telling me that he’d been a long-time fan and told me about all these shows he’s been to of mine. It was sort of surreal. It was cool. I went for maybe the first 15 minutes of the town hall meeting, got the confirmation, and then left. It hasn’t really sunken in yet because it’s a rare thing, even for musicians. It’s truly one of those things that you’re honored to be a part of. I almost appreciate this more than a Grammy, you know? To have something higher than that is pretty amazing.

I don’t want to make comparisons or anything, but this is better than getting a key to the city. There are only 360 of these to give out. It’s better than what Nicki Minaj got in Queens.

[Laughs] You saying that makes it even more crazy. I’m just like, “Okay, where can this go now?”

Boo Boo is spectacular. This has been true of your output since the early days: It’s amazing how wide the spectrum of your sound is. Which track found its place on the album first?

I think it was “Labyrinth”—or “Labyrinth” and “Windows.” Those were sort of the first two. When you listen to those, they’re definitely coming from two different worlds. One’s the more twee, indie, soft world and the other one has this R&B vibe. The whole time, I think that was the template: “I know I want to do these two songs and I just gotta find a place where they can meet.”

We obviously consume music differently than in the past, especially due to the advent of the Internet where we hit play on individual tracks. But there’s still something so special about an artist curating an album. There’s so much intent. Do you think all musicians hold out on this hope that people will still sit down and listen to their record from start to finish?

I think it’s definitely still a goal to make good albums, but the concept has definitely gotten watered down, you know? There used to be more thought put into finding real themes for a record. Definitely—the Internet music culture has made musicians focus more on singles. For me personally, I’ve always been into just focusing on albums, down to its essential parts. I try not to have too many of the same-sounding songs or too many of too different songs. Everyone’s different, but I personally like to notice these types of trends and kind of go against them.

It’s my understanding that this album was self-therapy for you in a way. I guess all albums are for artists, but quite specifically, you had an identity crisis? Can you talk about that?

You can hear in my music that I like to sort of soak in these situations that I find myself in and analyze my different reactions. I guess the whole personal crisis thing ties into the “getting famous” storyline. It was kind of hard for the past few years, trying to relate to people and just stay down-to-earth. Getting bigger and getting more notoriety has its side effects. It’s not healthy to just fall into this train of thought like, “I need to get bigger, I need more.” Honestly, I just had to make a lot of decisions for myself. I felt like I was drowning mentally, essentially. I was trying to keep afloat, looking at other people’s careers and seeing a lot of their pressures. You have to make a call. I decided to make this album by myself and not even tour it. It was just a cathartic process: “In that time off from touring, I’m just going to make a ton more music.” That’s all I really wanted to do.

Did you see this? There are people in the YouTube comments for “Girl Like You” changing up the screen resolution for the “best” watch. I think the majority ruled that 240p is ideal.

[Laughs] There’s always an art to something. I think finding what it is about the experience you enjoy most elevates it. It could be pop music with lo-fi visuals or hi-fi visuals with lo-fi music, or whatever. If you’re into the experience of whatever you think you’re seeing, generally, other people are going to be into it as well. There’s always going to be an audience. I feel like a lot of people are—going back to albums and whatnot—just making their own version of these marketing strategies. There’s no right or wrong in the way you curate an album, but I always think the reduction part of the process is key to curation, you know? It’s all about the essentials. Having a simple video—not this crazy, grand video with big shoots and sets—can be just as accepted, if not more.

I want to ask you this because you studied graphic design and you’re a very visual person as well. How much of your music do you see in literal visual terms? When you’re working on a new track in the studio, is there a visual equivalent to what you have in mind sonically?

Colors come to mind. As far as videos go, I’d say even the type of medium that it will be shot on comes to mind: film or digital, or something handheld or on a tripod. That stuff comes to mind because it can help get some ideas come across as far as vibes go. But I don’t really see imagery when I’m making music. I just hear the notes, really. I don’t really see much.

I’ve noticed that a lot of artists don’t like to, or like to admit to, listening to other artists when they’re working on an album because it might somehow influence them. You seem quite the opposite in just wanting to talk about the influences. You’re a great student of music.

I really feel like everyone has the potential in them to be an artist. Everyone’s creative process is different, but I’ve never really been one to hide secrets or anything like that. It’s just like taking different parts of whatever it is you enjoy in culture and repeating it, whether it’s a drum solo or an outfit. It’s funny to me. It doesn’t bother me and I’m so open about it because I don’t think what I’m doing is any different than what other musicians are doing, whether they’re famous or not.

I can totally see you sitting there listening to some soul record from the 70s or a house track from the 90s and just having these what I call Scooby-Doo moments, like, “What is that?” Do those moments really have a sizable impact on the creation of your own music?

Oh yeah. When I listen to music, especially now, my head has this weird tendency to want to find the next ironic phase. Right now, I feel like that ironic sort of imagery and culture has that post-Internet, oversaturation of branding type vibe. There are even trends like normcore where Goodwill fashion has become high fashion. [Laughs] It’s so strange. Balancing that kind of sense of irony with some actual feeling is kind of the main thing I’m fishing for. When I listen to music, from the past especially, I’m listening to how advanced their thinking was and how it can translate right now, you know? You hear a crazy synth line and you’re like, “I can’t believe that was from 1973…” That’s what I want to happen to my music when people listen to it 30 years from now.

It’s funny you say that because people say that about your music now. This online dude was like, “This track is 80s-synth Chaz,” to which someone replied, “Yeah, 2080s.”

The Company Pop showcase is coming up. You’re giving a debut performance under the psych-ambient moniker PLUM. You’re also DJing as Toro. What stage is your label in now?

Honestly, we’re sort of in the first stage right now. The showcase next week is going to be one of the first times we’ve really tried to push the label as a brand, so to speak, and get people to know about it. So far, we’ve done a few digital and vinyl releases. To do an actual event with some art direction involved, have all the bands in the same spot—it’s going to be fun. All I’m really trying to do is have some fun. I want to build a community. I definitely could’ve gone a bigger route with a promoter and bigger headliners and stuff, but this is an art project. It’s an experiment that I threw together myself. I just wanted to make an experience for people to come witness. The ambient performance isn’t going to be just a traditional show. I gave myself that outlet because it felt like something I really wanted to do. It was something I’ve been really looking forward to doing.