The ready-made French auteur on the complexities of domestic violence, his acting background, and his feature-length debut Custody. 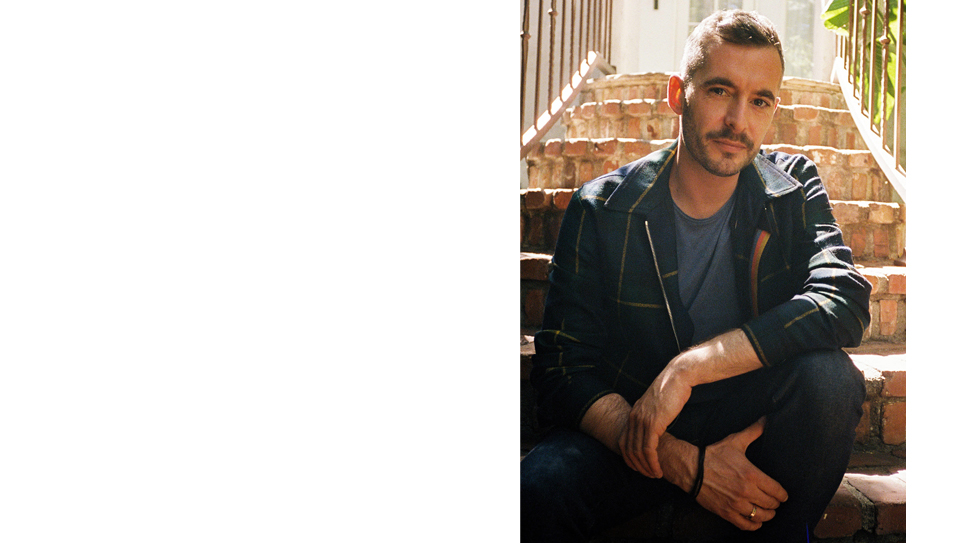 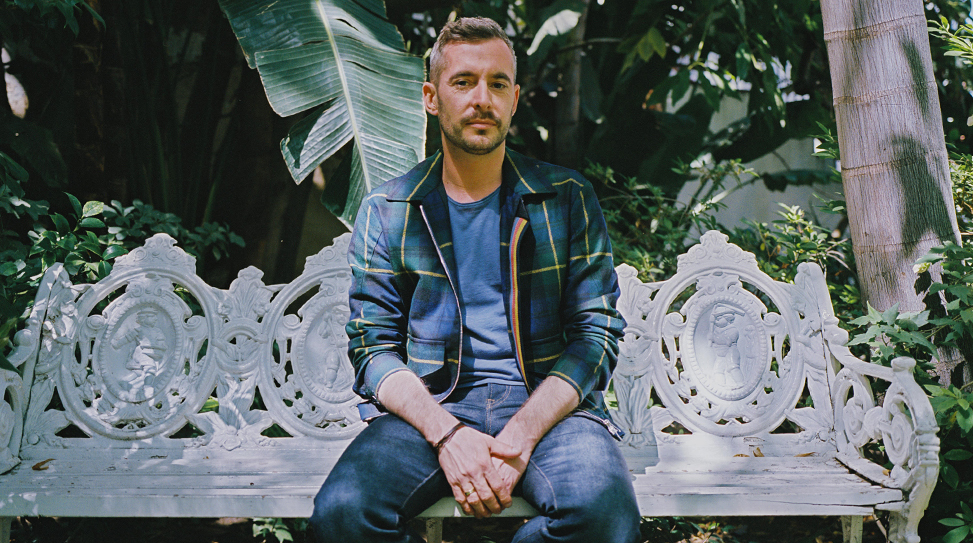 Every day in our society, men go to extremes, unable to tolerate that their wives will leave them. And today, women are still not protected.

In 2014, filmmaker Xavier Legrand received a Best Live Action Short Academy Award nomination for Just Before Losing Everything, about a woman fleeing her abusive husband.

Legrand’s nerve-shredding debut feature Custody is a companion to that short: the depiction of post-divorce domestic strife between Miriam (Léa Drucker) and Antoine (Denis Ménochet). 12-year-old Julien (newcomer Thomas Gioria) is the couple’s traumatized son—or pawn—who’s cruelly manipulated by Antoine in his attempt to restore the broken marriage. In the film’s opening moments, a presiding judge must determine whether to believe Miriam’s claims of domestic abuse or to give Antoine the benefit of the doubt, and by extension, award him shared custody of their son. When Julien’s own damning testimony is taken into consideration, Antoine counters that it’s the byproduct of Miriam’s brainwashing tactics: “I don’t know what she says to him.” Cut to some days later, the judge has rejected Miriam’s request, granting Antoine weekend visitation rights. As the film wears on, the suspense reaches a sobering crescendo as Antoine grows more monstrous—his potential for ungovernably volcanic fits dashing all hopes of averting near-irrevocable tragedy.

Custody bowed in competition at last year’s Venice Film Festival where it picked up two prizes: Best Director and Best Debut. Legrand is a ready-made auteur to keep our eyes on.

Custody opens in New York on June 29 and Los Angeles on July 13.

I learned that in France a woman dies at the hands of her live-in partner every two and a half days. It’s a startling statistic. You spent years researching domestic violence and it’s important to you to raise public awareness about it. Is this an autobiographical work as well?

No, Custody is not an autobiographical story. The story was built on the testimonies I gathered.

You’ve been touring the world with Custody, to places like Dublin, Venice, Glasgow, Toronto, and San Sebastián. Domestic violence exists everywhere and we’ve all experienced it or witnessed it to varying degrees. Have you noticed that there are nuances to your film that are interpreted differently in different cultures? For instance, crimes of passion aren’t recognized everywhere. Guns are complete foreign objects to civilians in a lot of countries. Of course, the subject of domestic violence may be a bigger taboo in one place over another…

There are necessarily different interpretations depending on the culture, but it seems important to me to qualify things. Of course, in some countries, domestic violence is a taboo and spectators’ reactions are affected. But I have the impression that the different reactions of the spectators are more related to their own education than to their culture. In all countries, the patriarchal family exists, and if an individual has been educated with these values and wants to keep them, then this individual interprets the family situation in which the characters in the film find themselves in a certain way. Some men and women think that Antoine was pushed to death by his wife, his son, and his parents. One man even reacted by saying: “Yes, Antoine goes too far, but Miriam left him anyway!” We then notice that there is still a long way to go to change mentalities.

What makes the film feel so authentic is that you steer the narrative in unexpected ways to ease the tension as much as you confront with a lot of intensity. You’re waiting for violence to erupt when Antoine follows Julien home to their new apartment, but Antoine ends up breaking down. You’re fearing for Julien during his visits with Antoine, but Julien’s grandparents are a sort of protective barrier in those particular situations. In creating the Antoine character, did you want to leave room for any sympathy?

Not sympathy, but humanity. It was important for me to show Antoine as a man and not as a monster. Because Antoine is a man. We have to accept that and face it. He is a man of today, and there are many. These men are in denial about their violence. Not knowing how to control himself, he controls others and manipulates them. His virile anguish at losing the woman he considers his own pushes him to the extreme. Many men in our society today are capable of this. Just look at the statistics. This is one of the definitions of the French title Jusqu’à La Garde. This expression can literally mean “until custody,” but also “until the extreme.” Every day in our society, men go to extremes, unable to tolerate that their wives will leave them. And today, women are still not protected. I repeat myself, but, we then notice there is still a long way to go to change mentalities.

It’s clear that you have a great appreciation for performance, both as a filmmaker and as an actor yourself. Do you direct in the way that you like to be directed yourself?

For me, cinema is a window on the world that allows us to see how others live, evolve, act, and choose in a world that is a kind of mirror to ours. That is why the performance of the actors is at the heart of my work. The construction of the script and my choices of direction converge to highlight the actors’ performances. I don’t have a particular method. My role as director is to adapt myself to each actor’s way of working. What interests me is taking care of every detail: the rhythm, the gestures, and the look. Long before the shooting, I talk about the characters’ psychological trajectories with the actors. But on the set, the word “psychology” is forbidden. For example, I tell the actor to drink his glass of water in several sips without stopping and looking at the bottom of his glass, rather than giving him a psychological indication like, “Your character saves time and gives himself courage because he will have to face and convince his opponent.”

It was interesting to hear from the Dardenne brothers that they often direct actors “until the point of exhaustion” so they would “no longer be acting.” You also sometimes hear about directors telling one actor one thing and another actor a different thing so they would be “tricked” into a situation on camera. Is directing truly different for everyone or are some methods fundamentally unethical in their approach?

Of course, everyone has their own way. I know I absolutely cannot use that kind of method: exhaustion, the trick, or stealing something from the actor that he wouldn’t give me. Being an actor myself, I know that if I feel in danger, I think more about my survival instinct than letting myself go into a situation. In Custody, the tension is constant. This tension was only possible because, between each shot, the shooting was relaxed and there was good-natured atmosphere.

Whenever we see young actors on screen who are as natural and commanding as Thomas Gioria is in Custody, people ask questions and I’m sure you considered a lot of different kids before finding him. Did working with Thomas make you think about your past acting experiences? What did you need in order to perform when you were that age?

When I met Thomas, I was immediately convinced that he was the actor who could play this character. He had that sensitivity, maturity, fragility, and courage that the character required. It was Youna De Peretti, the casting director, who found Thomas by doing traditional auditions. I’ve been performing since I was a teenager on stage. I started at the same age as Thomas, who is also taking drama classes. So I know that, at that age, the mind is very clear about reality and fiction. The only difficulty at this age is not hiding behind the shyness and the text, which can sometimes make the acting false. It was just necessary to make him understand that all the work of preparation before the shooting exists only to make him more solid in what he must play, but that he must not repeat exactly what happened during the rehearsals to welcome the present moment. We worked on the hypervigilance of his character, rather than on his fear, and on his different strategies to prevent his parents from meeting each other, rather than on his fragility and permanent anxiety.

Custody is an effort for which you’ve be called a “ready-made auteur.” You’re a very confident and gifted filmmaker. What did you find most challenging on this film?

In all and for all, the most difficult was writing. Writing about this subject, which is so delicate, so dangerous, and so painful required a strong point of view and something that avoids all clichés and all Manicheism. The most important thing for me was to take care of the place I gave to the spectator. Each page of the scenario, each line of dialogue, was questioned in this sense. For the production, the most difficult thing was to find the sets that had to match the story I wanted to tell, but also the way I wanted to film each scene. I wasn’t looking for the aesthetics of the decor, but rather, the configuration and symbols appropriate for the story.

You’ve cited The Shining, Kramer vs. Kramer, and The Night of the Hunter as influences on Custody. More generally speaking, I would love to know what movies and specific moments in cinema have really shaped you in your development as a cinephile.

This is a very difficult question and could occupy many pages of your article. I will gladly give you a very short list of films that have marked my life as a cinephile: An Affair to Remember by Leo McCarey, Teorema by Pier Paolo Pasolini, Miss Violence by Alexandros Avranas, JFK by Oliver Stone, mother! by Darren Aronofsky, Opening Night by John Cassavetes, Höstsonaten by Ingmar Bergman, Gerry by Gus Van Sant, Secrets and Lies by Mike Leigh, and the most important is The Piano Teacher by Michael Haneke.

Custody is the feature-length companion to your short film, but I understand that you had originally envisioned this project as a trilogy of short films. Was it always going to end where we see Custody end or is there more to this family’s tragedy that you want to explore?

My project changed during writing. Initially, I wanted to make three short films that tell the story of the separation of the couple through the context of domestic violence. The first episode was the flight, the second was about divorce with the issue of custody of children, and the last one about the consequences of the court’s decision. But my project has changed its face. The second and third episodes came together in one. This resulted in Custody, a feature film rather than two short films. My trilogy has been transformed into a short film and a feature film. I have completed my project and there will be no further action. I mean, that’s what I think right now.

You’re a very decorated filmmaker already. Notwithstanding that Oscar nomination for your short film, you’ve won top prizes at places like Toronto, San Sebastián, and Venice. There must be a lot of interest from future collaborators, investors, and studios. What have been some of the more interesting offers? Do people want to remake Custody?

It is true that I have only directed two films—-a short and a feature—that have been noticed at many festivals around the world and awarded several times. Indeed, these awards have generated many proposals, but I prefer to take my time and continue working as I have done until now, rather than succumb to the first tempting proposal. And today, there is no prospect of a remake.