Following a five-year absence, the Swedish pop/rock outfit returns to their “playful and melancholic” roots with Breakin’ Point. 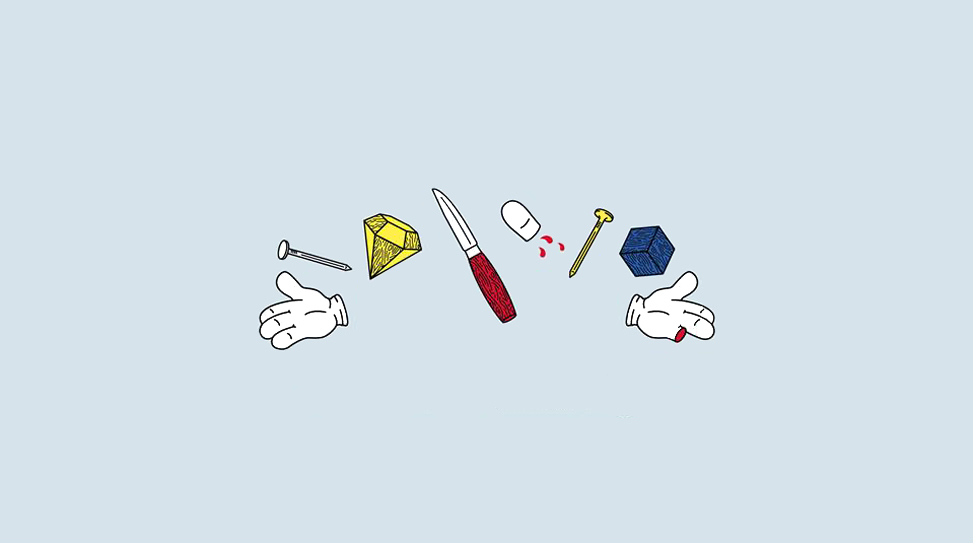 It’s been five silent years (mostly) from Peter Bjorn and John, and since their previous record Gimme Some. But it wasn’t a stagnant one for the Swedish trio: They built their own studio! They started their own imprint INGRID! They toiled to perfect a new sound, as they do! These childhood friends with actual surnames—Peter Morén, Björn Yttling, and John Eriksson—are back with Breakin’ Point, their seventh studio album. It appears Breakin’ Point hatched from the guys’ search for another “playful and melancholic” career high. We all know that whistle “Young Folks.”

“There are very few songs in our collection that are positive. I can’t think of one,” laughs Yttling. (The man’s correct.) “’Life is shit, but tonight is nice’—that’s what pop is, especially with the songs that we love. You wanna have some darkness to be able to see the light. That’s how we do it up here in Sweden!” (The man’s probably right about this, too.) The new album’s opening track “Dominos,” a piano-disco anthem, is literally about working for the Man, and its title track “Breakin’ Point” is about abandoning life’s small trivialities and embracing newfound fatherhood.

Being Swedish and all, PB&J didn’t have to travel far to find their collaborators, with the alternative music community naturally starting to hang out more in Stockholm. They first met producer Patrik Berger (Icona Pop, Robyn). The guys also had the likes of Paul Epworth (Florence and the Machine, Paul McCartney), Greg Kurstin (Sia, Adele), Emile Haynie (Lana Del Rey, FKA Twigs, Kanye West), Pontus Winnberg (Miike Snow), and Thom Manahan (Wild Nothing, Devendra Banhart) to help guide them on this new journey. The proof is in the pudding sandwich.

Peter Bjorn and John’s Breakin’ Point is out now, and their remaining tour dates after the jump!