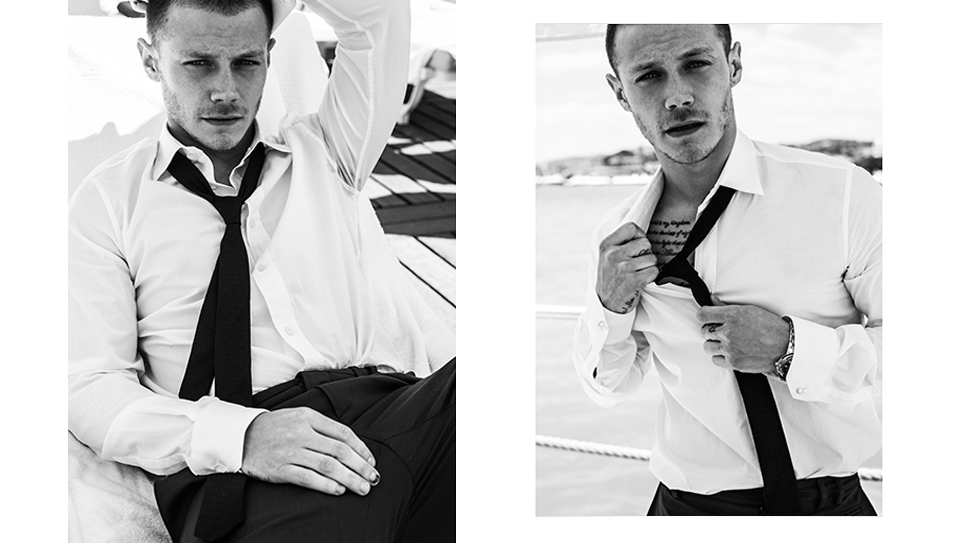 Perhaps a familiar tale for many struggling actors trying to make it big in Hollywood, Lombardi's is a harsh reality sure to get you running for the hills.

Sometimes it’s a look. Sometimes it’s complete chance. Other times it’s perseverance all by itself. For McCaul Lombardi, a fresh-faced actor from Baltimore, all three defining factors brought him to the Cannes Film Festival last month to world premiere Andrea Arnold’s Jury Prize-winning American Honey, in which he stars alongside fellow newcomer Sasha Lane and Shia LaBeouf.

In American Honey, Lombardi plays Corey, one in a group of misfits traveling across America selling magazine subscriptions and hustling people out of money. As you might expect, they get caught up in a whirlwind of law-bending antics, hard partying, and the exuberance of young love.

Perhaps a familiar tale for many struggling actors trying to make it big in Hollywood, Lombardi’s is a harsh reality sure to get you running for the hills. Following an injury that took him out of one day becoming a professional athlete, he moved out to Los Angeles to try his hands at acting. But struggling to find the right projects and secure representation—there was also a girl he had left behind—Lombardi eventually returned to Baltimore feeling defeated. As luck would have it, on one of his trips to New York City visiting his brother, a photographer scouted him on the street and a modeling contract swiftly followed. Dissatisfied with his new lifestyle, Lombardi moved back to California. At 21, he spent months living out of his car, and when he’d finally had enough of that, he wheeled it back to Baltimore again. This time, around 30 miles into his drive somewhere in Arizona, one of James Franco’s producers called. Long story short, he booked his first film. After that fortuitous opportunity, Lombardi was still without representation, working shifts at the Cheesecake Factory to stay afloat, and living out of his car again. It wasn’t until his appearance in a Lana Del Rey video—of all things—that he received an unsolicited email from a manager, which would finally give him the traction he had been looking for. Are we all sufficiently out of breath?

Next for Lombardi: Shirley Kim-Ryu’s Age of the Moon and Matthew Porterfield’s Sollers Point.

A24 will release American Honey in late-2016. Protagonist Pictures is handling international sales.