Stéphane “DJ Falcon” Quême shot a handful of photos at the label’s Paris offices while we caught up with the company’s head honcho, Gildas Loaëc. 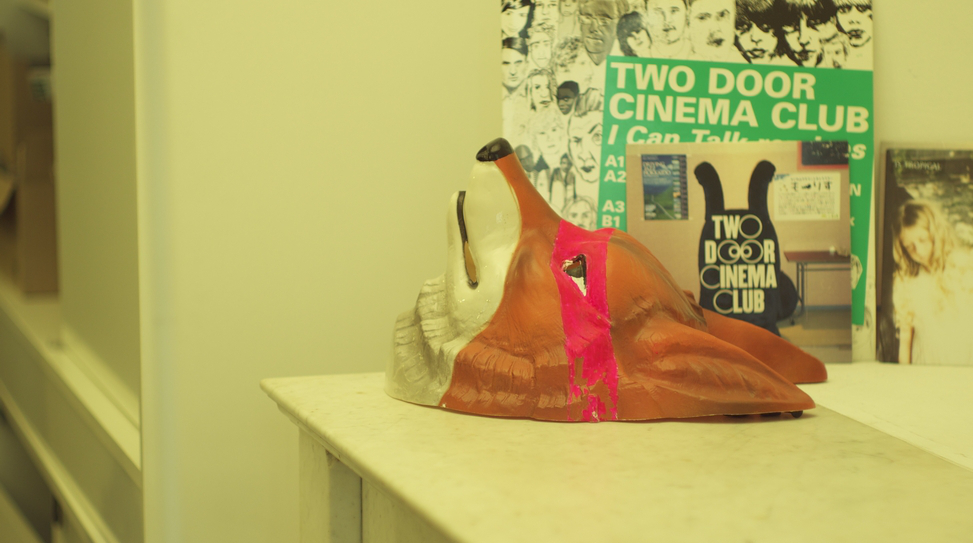 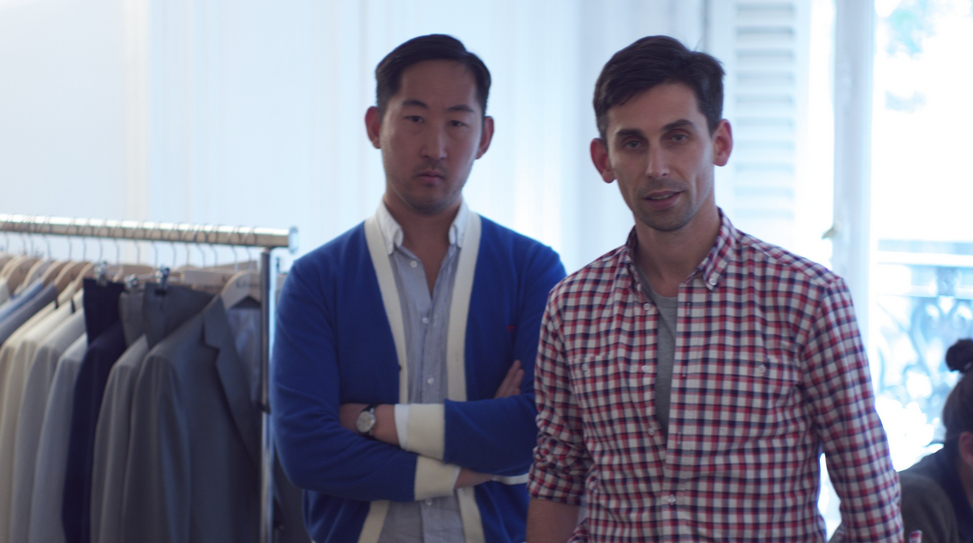 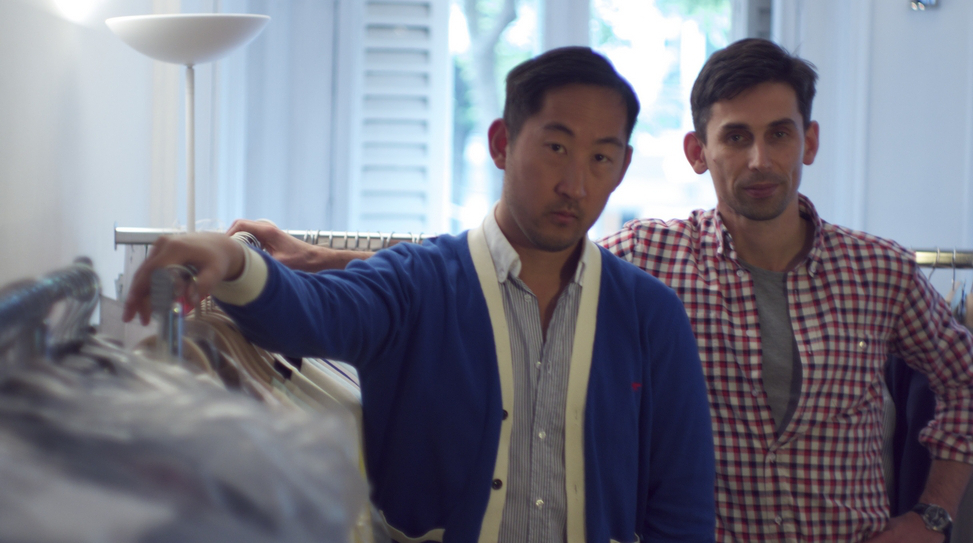 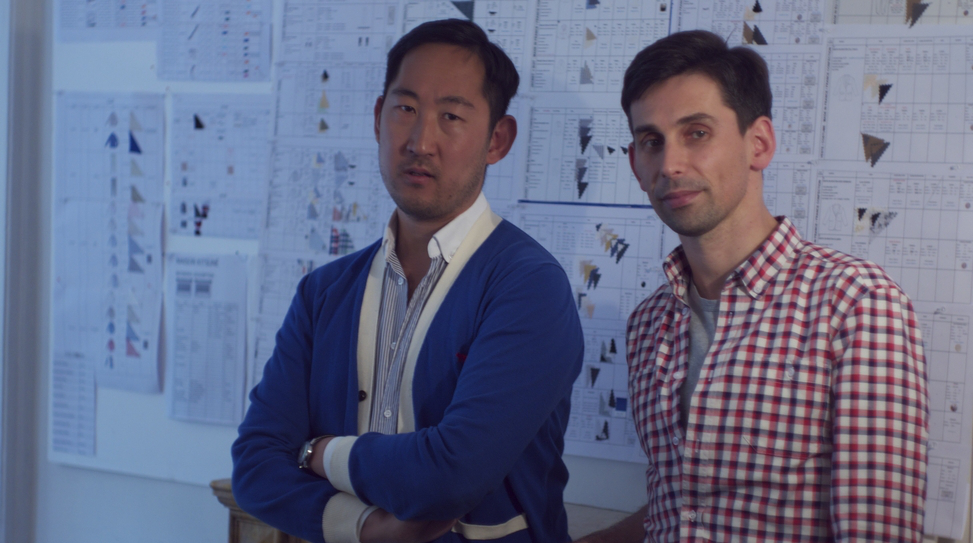 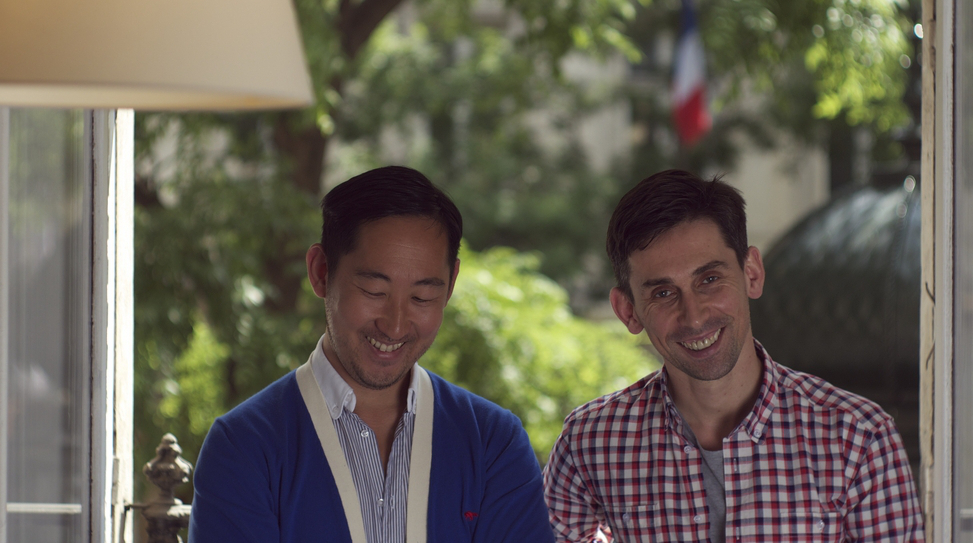 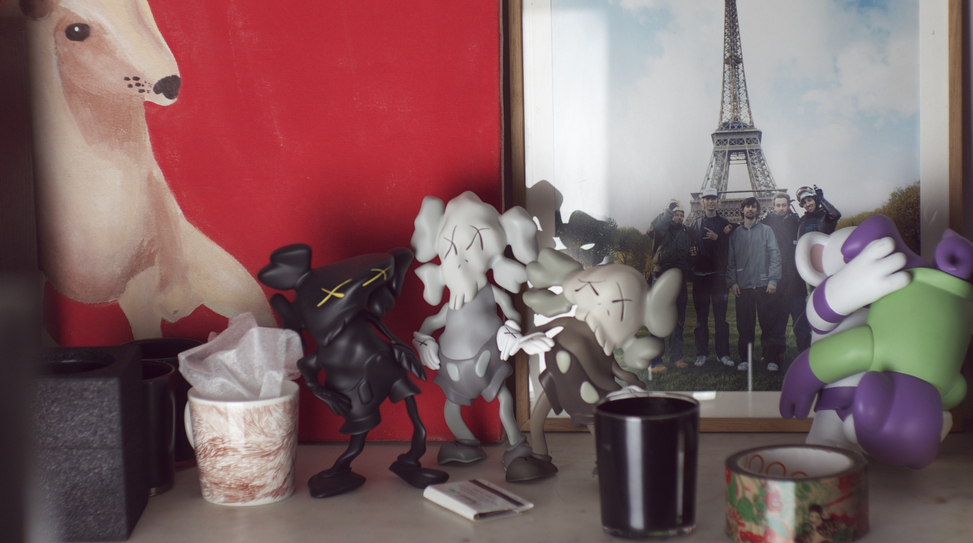 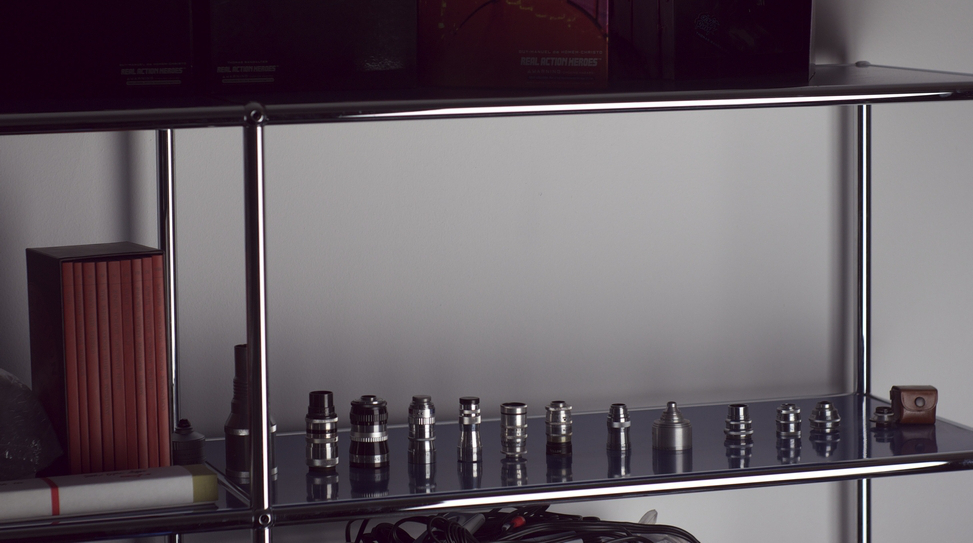 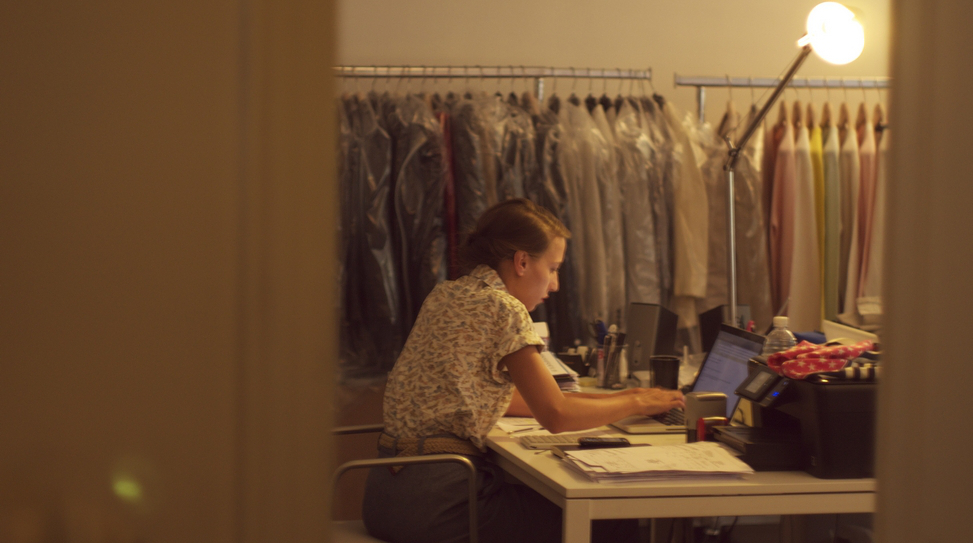 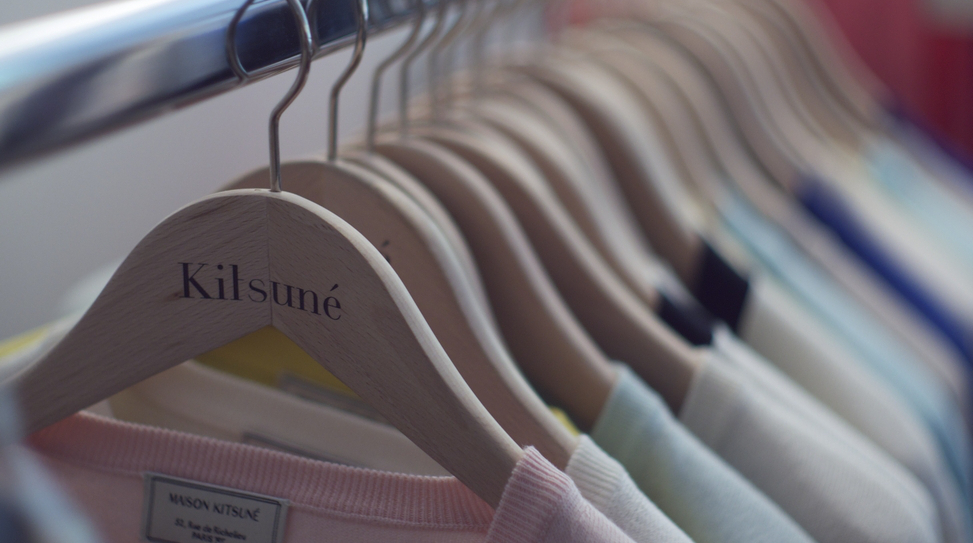 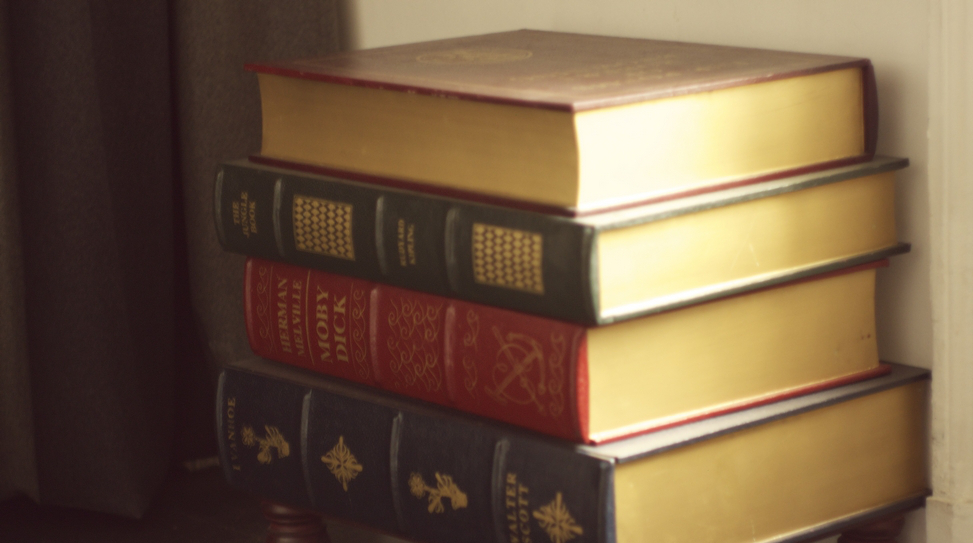 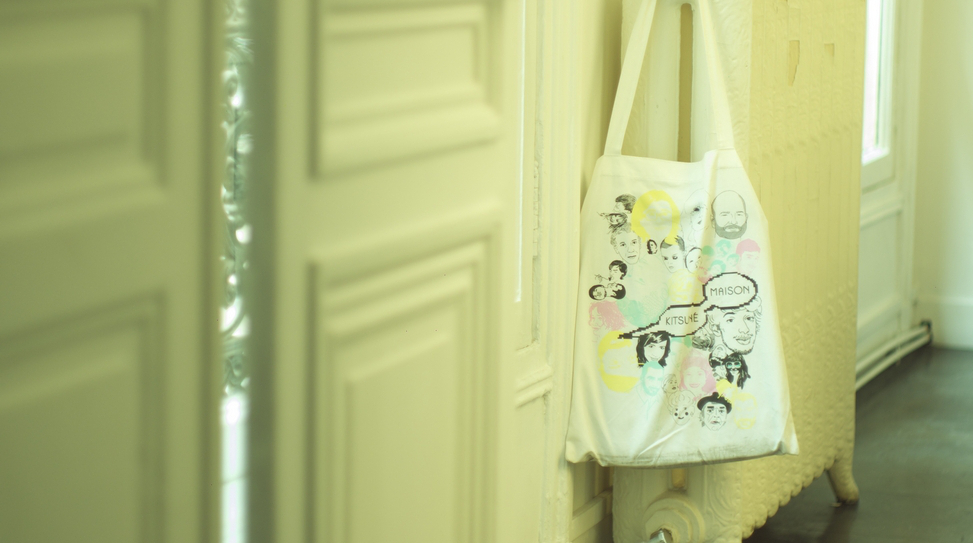 It’s been quite a while since we’ve talked about the Kitsuné guys, so when we got wind of Stéphane “Falcon” Quême (as in DJ Falcon, as in half of the group behind the French house hit “Together”) heading to their Paris office last week, we asked if we could procure some studio visit pictures from the guy who just so happens to be a talented photographer as well as producer and DJ! Click over to this post’s gallery to see what he came up with and read on for a catch-up interview we did with Gildas Loaëc, who, alongside Masaya Kuroki, founded Kitsuné almost 10 years ago!

Tell me a little about these photos. Who took them and why was he at the office?

Stéphane Quême took the pictures. He is also known as DJ Falcon. He’s been touring a lot and is part
of the original Daft Punk team. He did some singles together with Thomas Bangalter. (Together was actually the name of their band project on Roulé music back in the day… )

Stéphane is a closed friend and on top of that he is a really talented photographer, so each time he is around we make him work! I call this creative opportunism.

What’s going on at Kitsuné now? What new and forthcoming releases are you most excited for?

With the music label, at the moment, we are working on Is Tropical’s first album. The video for our first single, “The Greeks,” just came out. It was done by the incredible, fantastic French team of directors, Megaforce. Check it out right here.

We signed also our first French band called Housse De Racket―the album is produced by Zdar who did last Phoenix album. It is a wonderful record, and the band is a must-see live. We absolutely had to sign them.

Also in the pipeline is Heartsrevolution’s full-length. We just put out a fantastic mixtape. Leyla can
be a riot grrrl queen! And, of course, the Two Door Cinema Club album is still doing so great.

Are you travelling anytime soon? For what?

I’m going back on the road almost every weekend to DJ. For example, this past weekend I was in Copenhagen and Rome. Next week, I’m heading to Zurich, Lausanne, Switzerland, and then Tokyo, Osaka, Nagoya, etc.―and it’s going to be like that for next few months! We have just relaunched our Kitsuné Club Night, so, yeah, definitely hitting the road once again. In the meantime, Masaya will be visiting factories for the clothing line.

Kitsuné has been around for quite a while now. How would you describe the company today?

Kitsuné is still being built, I think. On the music side, we are signing more and more bands and going to release more and more full-lengths. On the clothing side, Maison Kitsuné (the new name for the fashion label), we’ve got a really great men’s line we are happy with. We’ve put a large emphasis on an attention to details, the factories we use, the fabrics we select, the cuts we incorporate. Everything is manufactured in either France or Italy. We are small so we want our customers to enjoy the best experience possible. We aim to have a really quality line for everyday wear… simple but chic.

The next step is to propose a women’s line that’s as good as what we have with the men’s. We are working on it, slowly but surely.

What motivates you to keep at it? What do you find most stimulating about owning and operating your own label?

Being independent is definitely the main thing. We love the idea of being entrepreneurs developing a company. This means no days off, but, for us, this makes sense. It’s totally worth it―we’re growing in a really positive manner.

What are some of the challenges you’re facing? What’re the hardest parts of your work?

As we are small and independent, obviously the cash flow is the main issue. On the creative side, we always have to pay attention to every single detail. We’d like to still be around in 10 years or more… and the only way to achieve this is to continue to aim towards what’s the “right thing” for us and always be careful when making decisions, moves.

How did the fashion label begin? What roles do you play within that side of the company?

The fashion label started at the same time as the music label, but as neither Masaya nor I had experience or family in the field, we had to learn everything from scratch. So it took a bit more time than anticipated to present our first collection. We had to find a good factory that trusted a small company doing small production runs, which isn’t that easy! Also, we were very ambitious: we wanted to propose a line with a high level of quality, so it was even more difficult to find good manufacturers, good fabrics, and so on. Lots of scouting!

Masaya handles the design of the Maison Kitsuné line and runs the design and production studio.

How does the fashion arm interact with the music one?

We still share the same office, but outside of that, they don’t interact much.

Maybe some Kitsuné artists sometimes wear Kitsuné clothes, but there are no endorsment deals. The most significant interaction is in the video we create every season with which to present the new Maison Kitsuné line and also a new music compilation. Here is the latest teaser made by the fashion video director Loic Prigent. As you might notice, the track in the clip is by Housse de Racket.

Okay, so looking at these photos, what the stuff on the shelf? I like the KAWS figurines… what’s their story? And who’re the people in the framed picture?

KAWS is a good friend. He sent me those for Christmas. Super nice, aren’t they? And the picture… that’s of the Daft Punk guys―Thomas and Guy Man―Cedric Hervet, the “third” member, Pedro Winter, and me. We called ourselves the Daft Team. I worked for 13 years with Daft Punk. Those were the best times… I learned everything with them.

What’re the objects beneath the Daft Punk records?

Lenses that Thomas Bangalter bought on eBay. I still have them, but now they’re only used as decoration in my office. They look cool. One day he will come to pick them back up.

What’s going on in the room with all the clothes?

That’s the Maison Kitsuné design studio, which is run by Masaya.

Ah that’s a bedside table for books. I like the cool book shape. I found it at an antiques boutique. It might be good to decorate the Kitsuné store with one day. We’ve got wo Kitsuné stores already in Paris at the same address―52 rue Richelieu on either side of Passage Beaujolais. They’re very nice. We are working on opening one Maison Kitsuné flaship store in Tokyo in January, 2012 and one other in New York in March, 2012.

The fox mask is really cute―what’s its story?

Yes, very cute. It is a gift from Leyla from the New York band Heartsrevolution. She always has on pink makeup just how the fox is wearing it. “Kitsuné” means “fox” in Japanese… so this kitsuné is becoming Heartsrevolution!