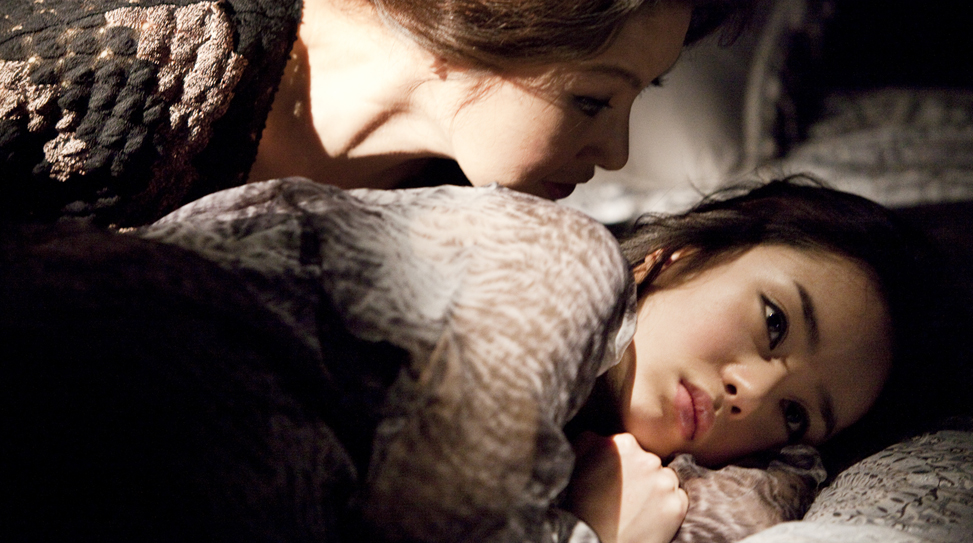 These kinds of questions have a societal and historical reasoning behind them. Honestly, things haven’t improved much at all.

It’s no secret that the unfettered yet entirely accessible films cropping up in South Korea have continued to capture the fervent attention of international press corps and some of cinema’s greatest luminaries such as Quentin Tarantino and Martin Scorsese. If you can recall, three common staples of South Korean cinema were on display in a highly discerning and compact Cannes Film Festival line-up in 2010: the staid melodrama (Lee Chang-dong’s Poetry received the Best Screenplay honor), the genre-bender (Hong Sang-soo’s Hahaha picked up the top prize in the Un Certain Regard sidebar) and the exploitative thriller (Im Sang-soo’s The Housemaid competed for the Palme d’Or alongside Poetry). The Housemaid was perhaps the most exportable of the bunch considering its high concept narrative and unique cultural perspective, not to mention its heightened visual aesthetic.

Im’s The Housemaid is a remake of Kim Ki-young’s 1960 classic of the same name. Kim’s original, a highly revered landmark film, brought a new modernity to South Korean cinema with its uncompromising depiction of betrayal, cruelty and sexual obsession that blankets an unknowing household following the arrival of a new housemaid. In Im’s revamped update, a wealthy family tasks an agreeable young maid to look after their daughter and her impossibly spoiled pregnant mother, while overseeing the upkeep of their palatial mansion. Working tirelessly around the clock and showing not one wicked bone in her body, the maid seems excessively naive and innocent. But when the new hire starts giving into the father’s sexual advances, all hell breaks loose.

This is a rare interview with Im that we’re publishing for the very first time.

You were just in Toronto to screen The Housemaid. How did that go over?

The people in Toronto were very kind and hospitable to me. The reviews that came out were generally very positive, I think. When the film came out in South Korea, there were a lot of people who really disliked it. I sort of understand why, I guess.

Why do you think that is?

On the surface, The Housemaid is a suspenseful thriller, but at its core, it has much more to do with social issues that are deeply rooted in Korean society. When foreigners watch it, I think they can accept things a little more readily because they’re removed from these strange social issues that are very specific to Korea. When Korean people watch it, it’s like they’re suddenly confronted with questions that they don’t want to answer. The film points at them and it makes them uncomfortable. Maybe that’s why films like The Housemaid or Mother [Bong Joon-ho’s international hit from 2009] are more marketable overseas.

Can you recall the first time you watched the original? What was your impression of it?

I hadn’t seen the original prior to making the new one. Some of the crewmembers thought it would be wise for me to go back and watch it, so I did. I understand why people find the original so iconic and important, but I’m not exactly a fan. When the original came out, there were maybe three very important and well-known directors working in South Korea: Kim Ki-young [director of the original The Housemaid], Yu Hyun-mok and Shin Sang-ok. Of those three, I like Yu Hyun-mok the most and Kim Ki-young the least.

I wasn’t expecting you to say that at all. Why did you want remake the film?

The project was already in motion by the time I came onboard. The film’s producer had already bought the rights to the original and had approached other directors, which didn’t work out in the end. Although I’m not a big fan of Kim Ki-young’s films, I was interested in coming up with a new take on The Housemaid.

Was the prospect of remaking such a landmark film at all daunting? Did you set out to meet the expectations of the fans of the original?

While it’s true that the original is quite legendary, I wasn’t very concerned about that. I’m not the type of person to stress over things like that. [Laughs]

I noticed that rather significant changes had been made to bring the story into a contemporary landscape. Was that a challenge?

Most importantly, South Korea is a place where the wealthy have been monopolizing on a lot of power in society—even more so than elected officials—so I wanted to highlight that. In recent years, the wealthy have really become the dominating force. The film doesn’t try to raise the question as to whether this is right or wrong, but rather to accept it because it’s already true. The remake is very much about showing how the wealthy think and how they operate. I think these are important things to consider, not just for me, but the entire country. In a way, the film is an anthropological study.

Also, the maid is this conniving, villainous character in the original whereas in your film, she’s sweet and kind-hearted—until she’s pushed to the limit.

For the original film, introducing this dangerous housemaid into the house plays into the conventions of genre films and it’s a familiar set-up. It’s also probable that something like that could happen in that day and age where a girl from the countryside comes to assist a middle class family with devious intentions. I don’t think we can apply that too much to this day and age.

Your film opens with a a very striking scene where a young woman jumps to her death. How did you envision that tying into the rest of the story?

With that random suicide, I just wanted to show that there are normal people coexisting in the world outside of this wealthy family’s opulent mansion. I wanted to show what kind of world the maid comes from as well since we see her working at a restaurant near the crime scene. It’s a very dramatic way to open a film and the first suicide mirrors the maid’s own suicide at the end.

You studied sociology in college, which is also true of one of your contemporaries Bong Joon-ho. Did that serve you well in your filmmaking career?

Before I decided to major in sociology, I already knew that I wanted to eventually become a filmmaker. Even though sociology was my major, I wasn’t fully devoted to it at the time. I think studying sociology helped in the way that I’m able to analyze characters and their life history in any given film. Everyone has their own struggles. Everyone is placed within the backdrop of societal and historical significance. A critic once told me that I study sociology through my films and I’ve always loved that comment.

Were your parents supportive of your decision to make films?

My parents are obviously of an older generation, but they weren’t what you would call traditional Korean parents. My father was very independent-minded and atypical for a Korean father. As a director, I consider myself an outsider among people my age.

Do you think Korean parents are more open-minded when it comes to their children choosing their own paths in life nowadays?

Where is this interview going to end up? [Laughs] We’re both Korean, so I’m sure this pops into our heads once in a while or at least thought about it a lot. These kinds of questions have a societal and historical reasoning behind them. Honestly, things haven’t improved much at all. In Korea, it’s important that you maintain a very stable life, above everything else. Naturally, parents push their children to become doctors or lawyers. There is very little leeway.