The hotly-tipped Welsh outfit on their nerdiest equipment fetish, best recent purchase, and two bands to complete their supergroup. 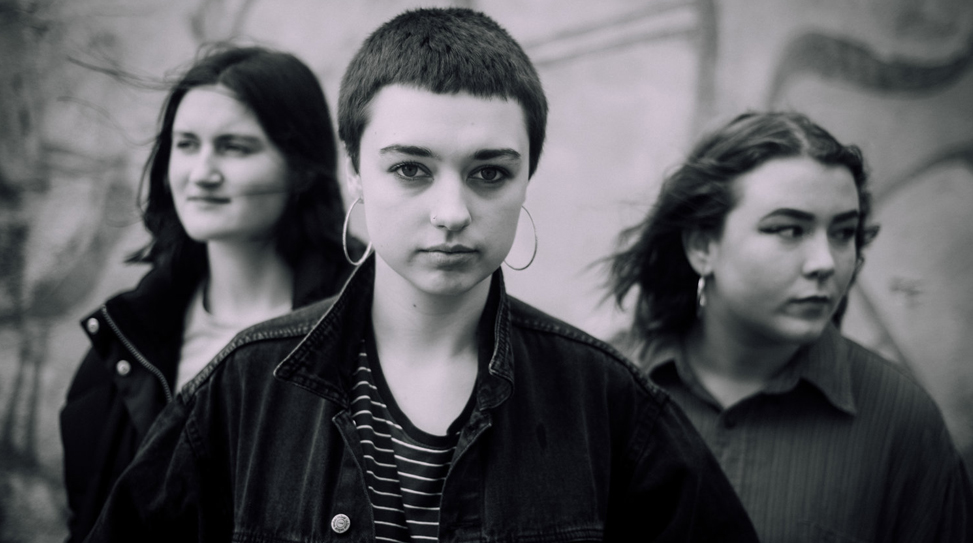 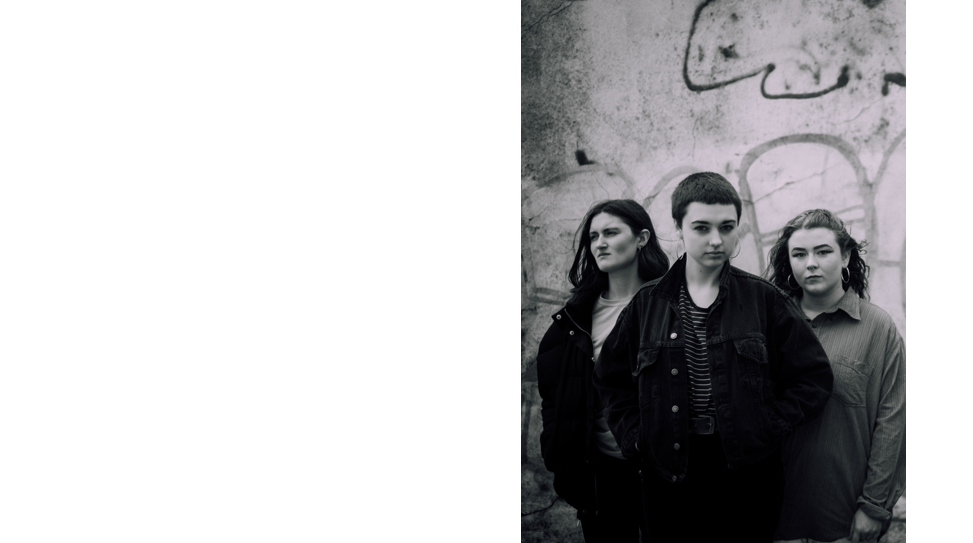 One of our mothers asked what ‘reaction’ was in English and we thought it would work.

Adwaith came to our attention this week via their new double A-side singles “Fel I Fod” and “Newid.” The still-infant Carmarthen outfit was championed in the past year by the BBC’s own Huw Stephens. In 2017, the trio—Hollie Singer, Gwenlilian Anthony, and Heledd Owen—hit the BBC Introducing stage at Latitude Festival, billed as “the most exciting band to emerge from Wales in decades.” They also received a significant grant from the BBC Horizons program.

If you’re wondering, Adwaith’s moniker means “reaction” in Welsh. “There’s no deep meaning behind it. One of our mothers asked what ‘reaction’ was in English and we thought it would work,” laughs Singer. “We were really lazy about it to be hones!” adds Anthony. We sure as shit had no idea what they were singing about, but our reaction was positive. The trio’s spectrum of winsome-but-caustic indiepop to shuffling, lightly dubbed-out post-punk transcends the language wall.

Now on to Adwaith’s vitals…

”Fel I Fod” and “Newid” are out today via Libertino Records.

DESCRIBE YOUR SOUND IN TWO SENTENCES: Our sound is post-punk and experimental. We like to keep people on their toes.

FAVORITE NIGHTSPOT IN THE CITY YOU CALL HOME: The Parrot.

TWO OTHER BANDS TO COMPLETE YOUR SUPERGROUP: Gorillaz and Super Furry Animals.

LAST THREE MOVIES YOU’VE SEEN: Mary and Max, Get Out, and Prisoners.

NECESSITIES YOU NEVER TRAVEL WITHOUT: A toothbrush.

FAVORITE PIECE OF LYRIC OTHER THAN YOUR OWN: “Mae’n anodd codi pan mae’r diwrnod yn wag.” (“It’s hard to wake up when the day is empty.”)

YOUR HOME IS BURNING DOWN, WHAT ARE YOU GRABBING? A worthy notebook.