A new heir to the dream-pop throne, Lorely Rodriguez scrapes the height of loveliness on her debut EP, Systems. 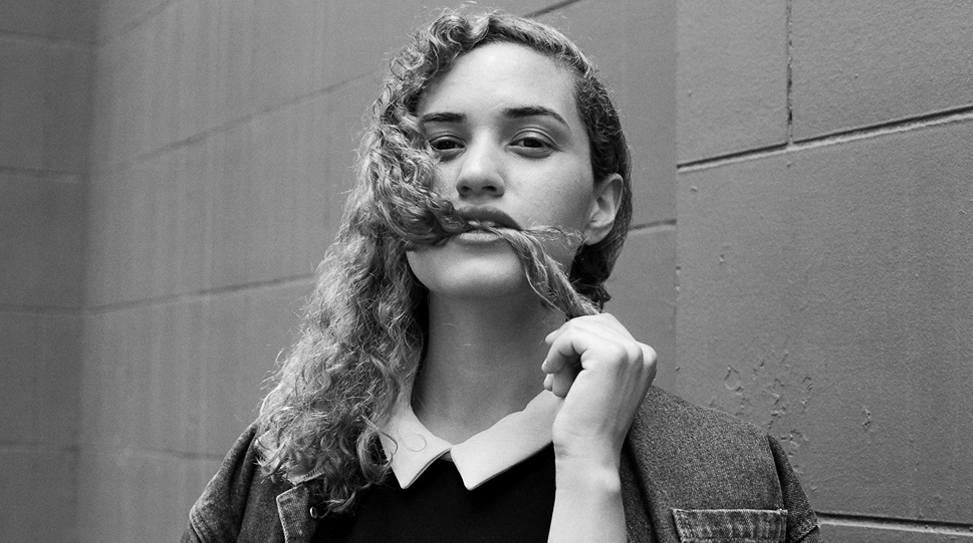 Lorely Rodriguez is a Brooklyn-based, Los Angeles transplant who performs under the moniker Empress of. At first sight, the songwriter and producer is all big eyes and wayward curls, a 20-something version of the little redheaded orphan of fiction. She seems so wholesome, as though cartoon bluebirds would happily perch on her shoulder. And yet here she is, ready and able to give a go at a round of marry, fuck, kill–or handhold–in our latest edition of Vital Stats.

Drawn heavily from the over-the-rainbow sonics of Disney soundtracks, Empress of’s debut EP is a sublime affair that’s sewn together by Rodriguez’s beguiling sigh of a voice and the core sound of dreamy electronica. A paired down set of four tracks in both English and her native language of Spanish, Systems is a hazy whirl that swishes you around before washing you away.

DESCRIBE YOUR SOUND IN TWO SENTENCES: Uncomfortably comfortable pop. A work in progress.

FAVORITE NIGHTSPOT IN THE CITY YOU CALL HOME: Mr. Kiwi Deli. It’s where I hear all the new top 40 songs blasting from their radio. It’s also where I get my carrot-apple-kale juice after a long night of playing a show. Instant cold/hang over cure.

FAVORITE NOW DEFUNCT LABEL: I don’t even know what labels exist in the first place! One of the first websites I went on as a kid was Britneyspears.com and I remember seeing her on Jive records. I looked it up and I guess it’s not around anymore, but every band on the radio in the early 2000s was signed to it. NSYNC, Backstreet Boys, R Kelly!

NIGHTMARE AUDIENCE: Clown zombies who jump on stage and try to eat me and my band.

BEST RECENT PURCHASE: A new computer to make more music with. I made my Systems EP on a broken laptop and couldn’t see 3/4 of the screen!

EMPTY THE CONTENTS OF YOUR POCKET: At this very moment: 35 cents, the keys to my apartment and a James Blake concert ticket.

TOUR NECESSITIES: A hairbrush and lots of music to listen to on the long drives.

BEST PIECE OF LYRIC OTHER THAN YOUR OWN:

-“Tears in the Typing Pool” by Broadcast