Rush Midnight’s frontman on synths, his preference when it comes to tequila, and the desire to create The People’s Court theme. 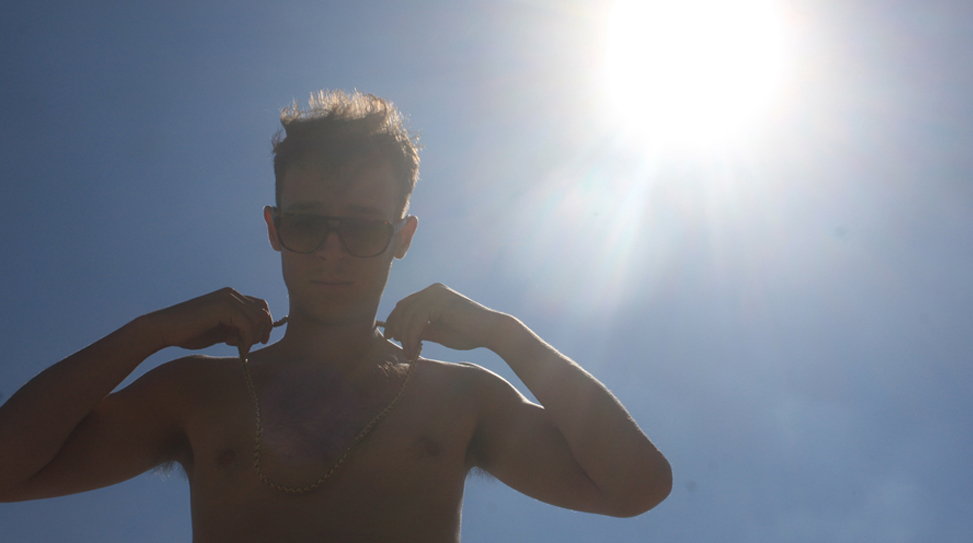 We’ve grown quite fond of Rush Midnight and the man behind the moniker, Russ Manning, since our lengthy interview some 7 months ago. His solo journey following a departure from Twin Shadow–it’s the last time we rehash this dinosaur story–has been reaffirming to say the least. Manning has released new material (e.g., below) and played a bunch of shows. He’s currently hard at work fine-tuning his full-length debut LP. Here are his vital stats.

FAVORITE NEIGHBORHOOD HAUNT: Prospect Park. It was once considered dangerous late at night. Nowadays, not much crime happens there, but it’s a great hideout.

TWO OTHER BANDS THAT WOULD COMPLETE THE FORMATION OF YOUR SUPERGROUP: Nu Shooz and Inner City; both slick ’80s/early ’90s dance groups that are huge inspirations for me.

FAVORITE NOW DEFUNCT LABEL: Island Def Jam. Are they still around? They released my favorite pop gems of the ’90s.

NERDIEST EQUIPMENT FETISH: I love scouring eBay or Craigslist for synths, but only own three (Yamaha DX7, Sequential Circuits 6 Trak, Yamaha DX100) at the moment. Until I finish this LP, I want to keep the palette as small as possible.

EMPTY YOUR POCKETS: My headphones (Klipsch in-ears), my contact container with fluid in it (in case I don’t come home), and the norm (keys, wallet, phone).

ONE BRAND YOU WOULDN’T MIND SELLING A SONG TO: I’d love to write the theme to The People’s Court or maybe Law & Order: SVU.

LAST THREE MOVIES YOU’VE SEEN: Spring Breakers, Holy Motors, Men in Black 3 (I was really high for this one…)

YOUR PAD IS BURNING DOWN, WHAT ARE YOU GRABBING? My microphone, a couple of my favorite vintage jackets, and my good bass.

SOMETHING MOST PEOPLE DON’T KNOW ABOUT YOU: I have awful eyesight. My glasses, which I only wear at home, are strong enough that I can use them to start a fire on a sunny day.

FAVORITE PIECE OF LYRIC OTHER THAN YOUR OWN:

“They tell me you nice and I’m like ‘wait’
Go get me a knife, you’re looking like steak”