The up-and-comer on his actor parents, working with first-time director Gia Coppola, and finding his way in Hollywood. 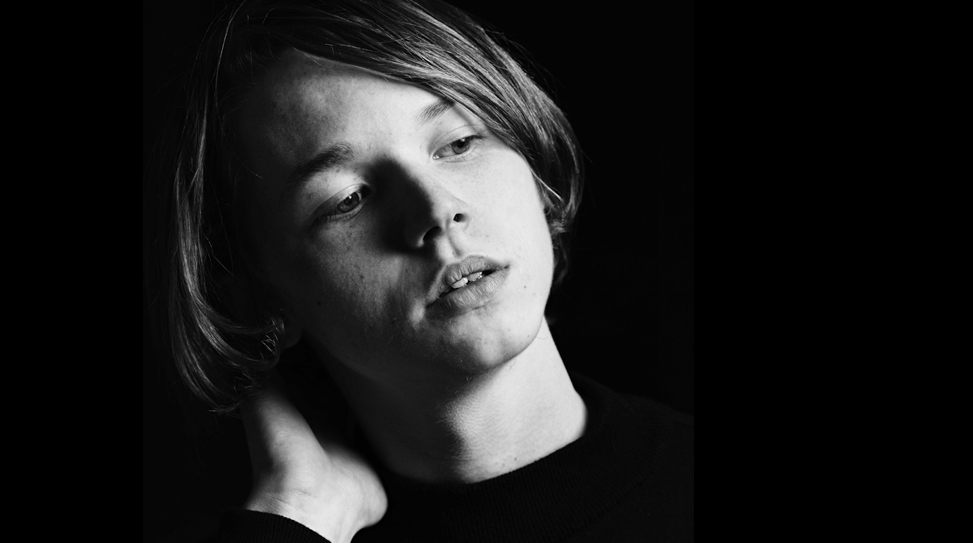 My mom was always into those black-and-white, old Hollywood movies—the Humphrey Bogart and Paul Newman movies.

Right away, it’s difficult to shy away from the fact that Jack Kilmer is young and new to this whole press thing. Sitting down for a chat at the Conrad Hotel in New York City, the polite 18-year-old projects the kind of fragility where you worry that staring at him too intently might actually break him. And Jack, much like his famous parents Val Kilmer and Joanne Whalley, holds your attention. As Gia Coppola, also from an exciting lineage of her own and the first-time director of Palo Alto, will so accurately tell you, “He always struck me as a real kid. He felt way more interesting to me than an established actor. Plus, he’s such a beautiful kid. You just want to watch him.”

Based on several linked stories by James Franco, Palo Alto is a teenage movie for the ages. Shy, sensitive April (Emma Roberts) is the class virgin—a popular soccer player and frequent babysitter for her single-dad coach, Mr. B (Franco). Teddy (Kilmer) is an introspective artist whose best friend and sidekick Fred (Nat Wolff) is an unpredictable live wire with few filters or boundaries. While April negotiates a dangerous affair with Mr. B, and Teddy performs community service for a DUI—secretly carrying a torch for April, who may or may not share his affection—Fred seduces Emily (Zoe Levin), a promiscuous loner who seeks validation through sexual encounters.

How would you describe your first reading of Palo Alto? It went to these places that I didn’t entirely anticipate.

Initially, I focused on the social relationship between Fred and Teddy, then April and Teddy. I’ve had friends like Teddy and known girls like April, so it was about connecting that way.

And how did you first get to know Gia?

I guess she had written this version of the script and asked me to hang out. She would run the lines and ask me to say it in the way I would say it. She would ask, “Is this accurate? Does this fall in line with kids today?” She decided to put me on tape and that was the audition tape.

I often ask actors if their children know what they do for a living. I seldom have the opportunity to ask the “child” when they knew their parents are famous. Can you recall that moment?

Well, my parents met on a movie set called Willow. It was this crazy, sci-fi action movie. I remember watching that movie as a 9 or 10 year old at a friend’s house on TV. Seeing them ride a horse together, wielding these swords… That gave me an idea of what they were doing.

Your dad is hilarious in this movie. Am I safe to assume that he came on after your own commitment?

The role of April’s dad was still open. April’s mom is played by Gia’s real mom.

Is this really your first movie?

This is really my first feature. I’m filming something right now, but it’s in its early stages.

How does the experience on that movie, no matter how early, sort of compare to what you did on Palo Alto? This seems like a very unique process that you might not be afforded again.

Yeah, it feels so much different. Everyone got so close on Palo Alto, even the way everyone ate lunch. This new job I’m doing now is definitely a different environment. I had such a history with Gia, but it was cool to play something completely different. Gia knew me so completely as a person. She has a style of directing that’s very much her. The guy I’m working with now has his own style, so it’s interesting to see how that affects my performance.

You were into music and art prior to acting, so I wonder how this transition happened. Is this something you thought about possibly pursuing?

I had definitely thought about it before, but I didn’t realize how connected it was to everything else I was into. Now that I’ve acted, I look at the world slightly differently. I now feel more enthusiastic about being social and everything. It is such a social thing and very artistic.

It’s just a different canvas that you’re working with here.

So acting is your gig now? You’re in it for the long haul?

If I can keep working with great directors and people who inspire me. I’ll try hard to find that.

You already have great teachers in your parents who are actors, but I wonder if you have a lot of discussions about acting. What kind of wisdom have they imparted on you?

They basically told me very basic things like “breathe” and be really honest. Take risks. Have fun. We have a similar sense of humor and we think similar things are cool, so I think our influences are similar. We imagine roles in similar ways, not that we would ever audition for the same part…

That would be interesting. “Dad! What are you doing here?”

[Laughs] It’s just cool to have parents who have such incredible taste in movies.

Well, what are your own influences? What are those movies and filmmakers you looked up to growing up?

My mom was always into those black-and-white, old Hollywood movies—the Humphrey Bogart and Paul Newman movies. I think Harry Dean [Stanton] is awesome. Who else do I like? I like all kinds of movies. I just watched American Beauty for the first time. I saw Happiness, which was really cool. I saw Paris, Taxas for the first time too.

Are you more into going through the archives as opposed to going to the theaters?

I’ve definitely been about going through the archives recently. I also think it’s important to know what’s happening right now. I’m into House of Cards too and I think it’s exciting to explore TV.

Is there anything that surprised you on the film? You were certainly raised in this world, but I wonder if anything came as a surprise with the occupation.

I was surprised that it can be really fun. You can experience these amazing things.