Anthem caught up with Quentin Dupieux to discuss The Texas Chainsaw Massacre, the ups and downs of making commercials, and the origins of his wicked sense of humor. 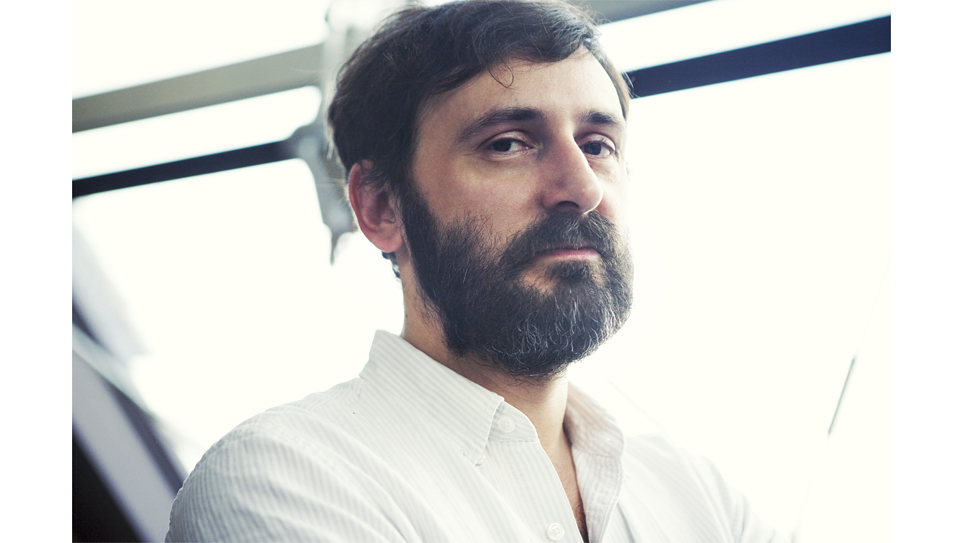 It's very simple. I just want to make my own stuff my own way. You're given that choice as a filmmaker.

Hollywood is notorious for taking original ideas, putting them on a Xerox machine and hitting the copy button, repeatedly. Recycling the same drivel over and over is something the film industry excels at—caped crusaders, poorly conceived Anne Hathaway romcoms and horror franchises that just won’t die—so it takes a real trailblazer to go against the grain, and deliver something wholly unique and different. It’s filmmakers like Quentin Dupieux, perhaps more widely recognized by his DJ moniker “Mr. Oizo,” that we need to bandy about and protect in contemporary cinema.

Following his impressive outing with Rubber in 2010, Dupieux is back on top with Wrong at Sundance this year. It’s a funny, unclassifiable film that tells the story of Dolph (Jack Plotnick) whose dog, Paul, has been kidnapped by a mysterious righter of wrongs. It’s during Dolph’s quest to find Paul that he changes the lives of others like a nympho pizza delivery girl, an opportunistic gardener and a clueless pet detective. Dupieux remains a wacky, yet finely-calibrated, voice in film. Whether Wrong will become a cult classic remains to be seen, but we say most definitely.

Are you enjoying yourself at Sundance?

So far, it’s really exciting. I’m having a lot of fun. The first screening of Wrong was terrible for me because it was out of focus and the sound was terrible. But it was just hard for me, the audience didn’t really pick up on it. Honestly, I’m having a lot of fun and everybody has been very nice. Obviously, it’s quite exciting to show the movie here. I wrote it, shot it, edited it and composed it with a friend. So it’s a great pleasure to now show it to a large audience at the festival.

This is your follow-up to Rubber, which received a lot of attention when it came out. Did the idea for Wrong come to you soon after that one?

I was supposed to make a different movie after Rubber, a project called Reality. But I’ve been writing the script for Wrong even before Rubber came out. I don’t really know why we’re not working on Reality. We’re just waiting for that one to get off the ground. I didn’t want to wait around for that, so I just decided to shoot this one. I developed Wrong very quickly so we could shoot it right away. Don’t ask me why because I don’t know why it happened this way. [laughs] I like to make things without really thinking about it too much.

The concept of “no reason” in Rubber is still very prominent in Wrong. You don’t conform to people’s expectations and like to give the middle finger to the conventions of cinema. Is that part of your philosophy as a filmmaker?

It’s very simple. I just want to make my own stuff my own way. You’re given that choice as a filmmaker. It’s a different way of going about things. If you conform to the rules of cinema and the science of scripts, you have to be better than everyone else out there. There are a lot of people making movies under the same guidelines. Basically, I don’t want to know anything about how to “properly” write a script. I just write as I feel without knowing the “rules.” I work more like a kid. I don’t want to be a professional. That’s the point. I don’t want to work with screenwriters to perfect a script. I’m not interested in working with the best cinematographers out there to get some crazy visuals. I’m also lazy, so I hate work. [laughs] Usually when I write scripts, if something seems like magic to me, I’ll decide to keep it. I don’t need any other reason. That’s my philosophy.

I started making short films when I was 12. I was playing with video cameras and trying to reproduce scenes from random movies. When I was around 18, I started making short films with my own stories. You can make movies without knowing anything about movies. For example, I’m my own director of photography and I know nothing about being one. I just do it and I’m happy if it looks good to me. I know nothing about lighting, I just do it based on my feelings. It’s a choice.

What kinds of movies did you grow up watching?

Like every teenager, I watched a lot of horror movies. I had a little taste of everything like A Nightmare on Elm Street, The Texas Chainsaw Massacre, Halloween… I was watching these kinds of movies three times a week.

There’s a slightly morbid and disturbing quality about your films, but they’re never gruesome or too violent. You don’t make horror movies.

Well, let’s talk about The Texas Chainsaw Massacre. To me, that movie is a masterpiece because it doesn’t feel like a movie. That’s why the remakes are bad. They’re framed and edited like movies, and the sound is artificial. The original is very simple and pure in a way.

The original has a raw grittiness to it that the remakes can’t, or aren’t, interested in replicating for a modern audience.

You can feel that a person made it. You can feel the presence of someone who was excited to make it. That’s why the movie looks real and rough around the edges. It also has an amateur quality in the way it’s shot and edited. It feels like the director was trying to make something. You can see the weakness of it and I love that. There are too many movies out there that are trying to be perfect. I’m in love with The Texas Chainsaw Massacre and I’ve been rewatching it for a long time. It’s not just because of the horror aspect. When I discovered the special dvd collector’s edition, you see the crew having so much fun behind-the-scenes. They’re so happy while shooting this horror movie. I’m pretty sure that a lot of movies are appalling to shoot and that’s what I’m trying to stay away from. Shooting a movie has to be a fun human experience. It’s like being a creative child. We tend to grow up and lose this sense. When you begin your adult life, you forget about the creativity you once had. I’m trying to stay close to a child’s creativity.

That’s how I feel as a spectator when I watch one of your movies. It’s so obvious that you were having so much fun making it. I’d imagine that you would just stop if it stopped being fun.

That’s why I stopped making commercials. I did a bunch of Levi’s commercials with a little puppet around 12 years ago and they let me do whatever I wanted, and that was pure fun. It was one of the best times of my life. We had the money to do it, we had more money than we did on this movie. [laughs] And I was free to do what I wanted. It made me believe that it’s fun to make commercials. So I tried again and it has been a nightmare since. I discovered the other side of making commercials where you have to deal with 12 people’s opinions all the time. The political side of it is terrible and boring. Making commercials started to feel like a serious job and the stuff I shot during that period was terrible. I realized I can’t work like that. I’m super focused when I shoot a movie and I don’t joke around on set, but I have a lot of fun because I get to film a dream.

What are your feelings on directors that work in commercials purely for the money so they can put those earnings back into their passion projects?

I replaced commercials by being a DJ to make money and I enjoy doing it. It’s almost the same thing. When I made Wrong, I didn’t really get paid. You can certainly try stuff in commercials. You can make a really bad commercial without having people know about it. Most people don’t know which director shot which commercial. It’s still a good field to train in, but the danger comes when you start loving the money too much. If you’re successful in commercials and start wanting to go higher and higher, you might make ten commercials a year and get fucked because you’re creativity will die. There are people shooting a 20-second commercial in four days and that happens a lot. On a Mercedes commercial, I had two days to get five shots! That’s crazy, you know? It cost a lot of money to get nothing. You could do the same thing with 10% of the budget, but in this world, you have to spend a lot of money to make it look serious and official. You can form some really bad habits about how to go about shooting things on commercials.

Where do you get your wicked sense of humor? It’s seems effortless and I can’t think of anyone who might be able to replicate it in cinema.

Does he laugh when he watches your films?

Probably, yeah. I think he’s more proud because I’m making movies. When he was younger, he tried to write some stuff and aimed to do what I’m doing now.