The purveyors of good taste behind New York-based menswear label, Baron Wells, have the winning answers for your discerning closet. 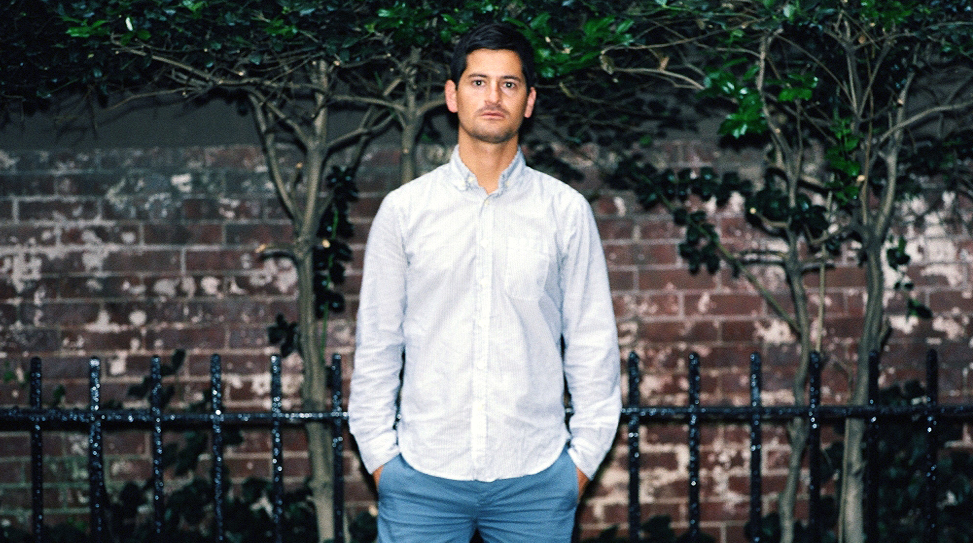 People have called us “surf,” but we’re not “surf.” A lot of people throw around “lifestyle” as well... It’s an influence on the design and informs the lifestyle in some ways, but the same goes for photography, art and botany. All these things come into play.

Do you have a taste for peacock-like attention-grabbing unsubstantial menswear? If so, avert your eyes. When it comes to the understated threads on offer at New York-based menswear label, Baron Wells, strokes of ingenuity and enduring traditions intertwine like a double helix. Take, for instance, their tailor fit contrast pocket (shaped to fit your iPhone!) button-up shirts made from 100% Japanese cotton. Feed this and so much more into the hopper and you’re left with immaculate collections that force open the wallets of quality-obsessed men—unisex sizing is also available—who like familiar staples with a touch of well-played modern twists.

The brains behind Baron Wells are childhood friends Dominick Volini and Mads Madsen, who ditched their respective careers in marketing and financing to launch their own brand. Powered by good taste—always a lucky spoke in fortune’s wheel—this meeting of the minds has proved a winning synergy for the still-infant label since early 2010. Today, Baron Wells can be found at the ne plus ultra boutiques globally, and online. And the future looks even brighter, and busier, for the duo.

Anthem sat down with Volini to discuss Baron Wells’ humble beginnings and what we can expect from the label in the future.

What does “Baron Wells” mean?

We threw around a million different names and there were a lot of options that stood on their own as a single word. We were working with a lawyer friend and he checked our options to see if they were already taken or too close to something else. “Baron Wells” just came about very naturally and it sounded great. It kind of sounds like a person, but it doesn’t necessarily need to. It’s androgynous.

How did you come up with your logo, the very simple yellow rectangle?

Our approach to branding and marketing is very understated. The fashion industry, and even the sports industry, is very logo-driven. We didn’t necessarily want the logo to scream anything. When you see our shirts hanging in a factory or a retail location, you just see these yellow marks everywhere. I think it’s very tastefully done. It’s very simple and unfussy, and that’s what we wanted to achieve. We trademarked and own that yellow rectangle now, which is kind of cool.

Baron Wells launched last year. How did you guys find your footing so fast?

We actually started with a brand called COTO four years ago, and we launched with cufflinks and neckties. We changed our name to Baron Wells in early 2010. We really started with nothing and it was difficult in the beginning. The economy tanked and we were trying to figure out how we should move forward. But people were very supportive of us and kept buying our products. When we managed to get our hands on more resources to take our vision a step further, we were able to get into more retail locations, and it started to snowball and became this larger entity.

What drew you to cufflinks and neckties?

I came across a Web site—this was a long time ago—that had all these crazy buttons that were sustainable. I brought these buttons to my buddy, Greg Buntain, and asked him to help me turn them into cufflinks. He went to the diamond district to pick up sterling silver and chains, and put them together. I guess that was sort of the start of it. I don’t exactly know why it was cufflinks… I guess we didn’t really find anything else that fit our attitude. Neckties are something very classic and we dressed up a lot, so it made sense in a way. I own stuff from Hermès and Paul Smith, which are great and beautiful, but those brands never really spoke to me directly. I wanted to set out to do something different.

Baron Wells has been called a “surf” brand on many occasions. Do you think this is accurate?

People have called us “surf,” but we’re not “surf.” A lot of people throw around “lifestyle” as well. We don’t necessarily want to pigeonhole ourselves into being something too specific. We always want to evolve. We have board shorts and I’ve handmade wooden surfboards that were sold at Saturdays, but we’re not a surf brand. It’s an influence on the design and informs the lifestyle in some ways, but the same goes for photography, art and botany. All these things come into play.

What are some important things that you want to have come across when describing your brand?

One of the most important things that I want to communicate is that we take pride in our fabrics and methods of production. The majority of our fabrics are from Japan. The mills that we work with do amazing textile work and everything is handmade in New York City. The neckties, belts and such are made in Italy. It’s really important to us that we put out products that last and are made very well.

Is it safe to assume that you and Mads [Madsen] have very similar tastes when it comes to fashion?

Not really. [Laughs] It’s funny because we do see eye-to-eye on some things, but there are other things where we just diverge.

What is the collaborative process like? How do you divide up your duties?

When we go into a design season, I’ll have the main ideas in place and decide how to approach it. Mads will come in during the latter part of that process and present his ideas. But moving forward, he does want to have a bigger part in the designing process. It’s just that we’re such a small entity—it was just the two of us up until about six months ago—and we really had to divide and conquer. There were a lot of things to take care of on the backend of things and, unfortunately, he couldn’t focus on the designs as much as he wanted to. When it comes to our photo shoots, it’s a much more collaborative process. We’re aiming to do a photo shoot every month or even make it a bi-monthly thing. It’s just another outlet for our creativity where we can style our friends, musicians and the people we surround ourselves with.

Chaz [Bundick] of Toro y Moi modeled for your recent Spring/Summer collection. How did that come about?

Rob Kulisek, our photographer friend, approached Chaz at one of his shows and asked him if he might be interested in doing a photo shoot, and he agreed to do it. The next day, Chaz came to the West Village and just hung around the house while we took some photos—this was actually for Spring/Summer ’10. I think I was traveling at the time, so I wasn’t around for that particular shoot. Long story short, the styling wasn’t up to my expectations and we didn’t really put those photos out there, even though some of them were really beautiful. This season, we saw that Chaz was coming back to into town and asked him again, and he was really stoked to do it. We organically and very naturally shot some photos of him at the ACE Hotel. Some of the other band members also rocked our stuff. We’re big fans of his music and I think our audiences are very similar, so the collaboration made sense.

He also wore some of your stuff on tour.

Yeah, and I recently read an interview with Chaz where he gave us a nice shout out, which is really good for us. At my old job, I would give away tons of products, but you wouldn’t necessarily see a return—photos of the products out in public. And since we’re such a small brand, it’s not like we have a lot of products to give out to people anyway. So, developing these kinds of relationships with people who are stoked about our brand and appreciate it is meaningful to us.

Although Baron Wells is mostly marketed toward men, women have been known to wear your stuff as well. What percentage of your customers are women?

I’d say about 15%. We haven’t made a huge push to say that we’re unisex even though our editorial shoots featuring women have done well. In terms of sales, we haven’t reached out to women’s boutiques saying, “Here. Stock this.” A couple of women’s boutiques out in San Francisco have approached us. They stock some of the smaller sizes for women.

Do you have any plans to launch an exclusively feminine collection?

We’ve definitely talked about it. But when we do end up doing it, it needs to be done well. Right now, we don’t quite have the kind of capital, resources and manpower that is required to pull it off. We want to wait until we arrive at a point where, when we do launch it, it’s something special and not something we do just to do it.

What has been one of your proudest moments so far in building this brand?

When Monocle named us one of the top ten brands to watch, it was a very good nod for us. We’ve been very reactive to press, but we’re going to start being more proactive. With Monocle, they just called us up and said, “We want to name you one of our top ten brands.” It was totally out of the blue and it was nice to get that kind of recognition without expecting it. I’ll go to a party and run into some MTV executive and he’ll be like, “I have your shirts and neckties.” It’s great because it confirms that we’re actually getting to the right people. Its just stuff like that.

Where do you see Baron Wells in five, ten years?

We definitely want to open up retail locations. Five to ten years from now, I just want to make sure that we still adhere to the principles that we started the company with, which is about building organic partnerships, and creating products that people appreciate and will wear for the rest of their lives. I can’t wait for the day when my grandson comes home wearing a Baron Wells shirt that he picked up at a vintage store, in a perfect beat up condition—that would be a good moment.