Following a fallout with Warner Music Group, UK songstress Victoria Hesketh takes matters into her own hands with Nocturnes. 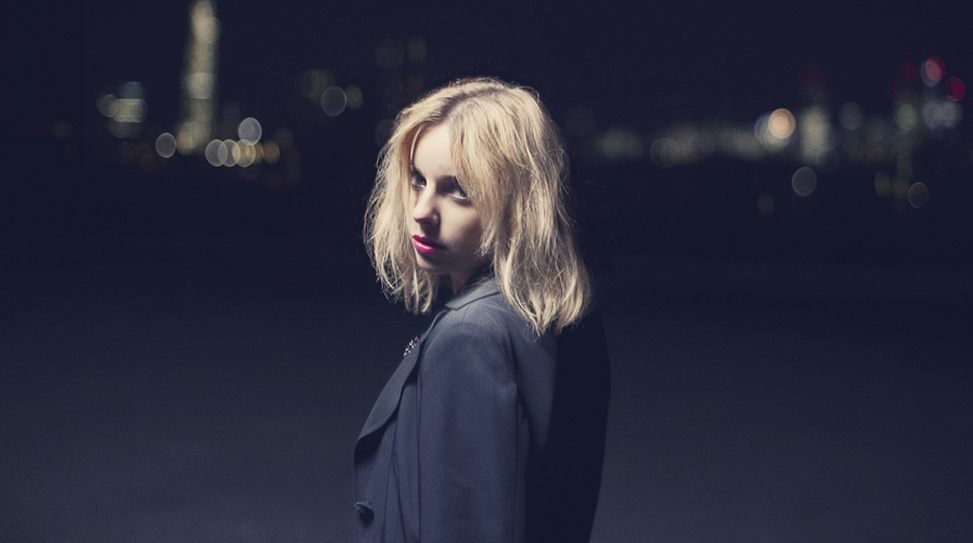 I went from writing songs in my mum's garage to touring all over the world with sold out gigs and doing live television shows—crazy stuff that I'd only really dared to dream about.

Little Boots’ meteoric rise to fame has been universally lauded, but the details surrounding her journey going from an unknown singer-songwriter to becoming an international pop songstress is perhaps lesser known to the rest of us, not to mention riddled with some unpleasant details. Behind the adorable moniker is Victoria Hesketh, 28, who was self-admittedly naive in the industry when Hands, her debut album, was released under the guidance of Warner Music Group. Things began to rear its ugly head towards the end of that partnership and they eventually severed ties. Hesketh’s sophomore effort, Nocturnes, tells a different kind of sonic story under the tactful eye of a new guiding force—Little Boots herself. We’re about to witness the Second Coming of Little Boots and, if Hesketh’s new tracks are anything to go by, the shoe still fits if not better than before.

Nocturnes is set for release on May 6th (May 7th for North America). Preorder the album now directly from littlebootsmusic.co.uk, where you can also receive a free download of “Motorway”.

How was your time in New York City last week?

Let’s talk about your new album. How would you describe Nocturnes in relation to your previous material?

I’ve grown up a lot and I think you can see that. I saw the kind of road I was going down with Hands. I’ve gained a lot of confidence since then. The old record was very catchy and mainstream. There was a lot of pressure on me at the time and I felt very rushed at the tail end of it especially. This time around, I was able to test things out a lot more and take my time with it, which is really important. I was able to get what I really wanted and make sure everything was of good quality. It still ties in with the older material in that it’s very melodic and unarguably pop with lots of synth and electronics. I think if you’re a fan of the first album, you’ll like this album as well.

So it was at least partly a reaction to how the first album came together. The industry machine had a hand in making your first album and for this, you brought on people like Tim Goldsworthy at DFA and Andy Butler of Hercules & the Love Affair.

Definitely. They make the kind of music that I listen to and love. These are collaborators who are more representative of who I am as a person. I think one of the bigger themes that I wanted to work with on the new record was to make it less personal and emotional, lyrically speaking. I wanted it to be more universal. I had this whole nighttime pattern of thinking from DJing a lot and traveling the world while on tour. I had become this night owl. As much as I wanted it to be shiny and exciting, I also wanted it to have a seedy, dark undertone. I guess there was a certain atmosphere that I wanted to capture, but it wasn’t conceptual or anything like that.

Your most recent singles, “Motorway” and “Broken Record”, are certainly tinged with a certain darkness even though they’re still very much pop. You can sense that immediately.

I’m glad that came through because I’m sort of obsessed with that as a person. I love pop songs that are neither happy, sad, shiny or dark, but a combination of those things where there’s something else under the surface. I think that’s the best kind of pop music and I’ve always tried to do that with my own stuff. On the first record, even though there are big pop moments, there are still things that are lyrically and sonically unsettling.

You’ve accumulated so much success and with just one record to your name up until this point. What does it feel like looking back?

It’s pretty weird as you might expect. I went from writing songs in my mum’s garage to touring all over the world with sold out gigs and doing live television shows—crazy stuff that I’d only really dared to dream about. How could anyone think that something like this would actually happen? I mean, it’s crazy! [Laughs] The things that I’m most proud of are the things that I’ve been able to achieve and I’m grateful for the opportunities that I’ve had. But there were times where I felt a little bit out of control and it’s a strange thing to come down from, really. There are a lot of ups and downs in this business, and you just need to get used to that I suppose.

Having set the bar pretty high with Hands, did you experience some jitters putting together the sophomore record?

I put a lot of pressure on myself and it was important that I made a record that I’m proud of. It was strange with the first record because this hype kicked in at the beginning, especially in the UK. That amounted to a lot of pressure from other people. This time around, the pressure came more from myself internally. It’s always strange putting my stuff out there and I don’t think that will ever change. Thankfully, the excitement outweighs the nerves.

What was it like setting up your own label, On Repeat? Was that a steep learning curve?

It’s something that I’d been thinking about doing for awhile because I went through such an ordeal with my last label. In the end, it just wasn’t working for the either one of us. It just caused me a lot more problems than gave me solutions. I thought about going to another label, but I had seen things fall to pieces around me, and ultimately, I had gained a lot more confidence and knew exactly what I wanted creatively. In this day and age, people leave their labels left and right. As long as you know what you’re doing and set forth in your vision with a good team around you, I think you can achieve what you set out to accomplish. You look at someone like Robyn who did this, really, before anyone else did it. It’s inspiring to see independent and interesting pop artists start their own labels and reap the success from that. If she can do it, hopefully I can do it as well.

Completely. I mean, as much as I can. I was just in a meeting to figure out how to change the colors of the text on the website, you know? [Laughs] I’m super, super involved. A lot of it has to do with finding the right people to work with. I obviously can’t make the artworks by myself, but I know what I want. I know what’s going to work with the music I’m putting out there. It’s this huge thing and extremely important to pay attention to these days. I’m really happy with all of the new imagery that’s accompanying the new album. I think it goes perfectly with the music.

I’m particularly fond of your collaboration with David Wilson on the “Remedy” video, which was conceptual. It was interesting to see you then go work with someone like Jake Nava, who’s known for his Beyoncé videos.

[Laughs] Well, David is a good friend of mine. I don’t think I heard from Jake since then. But you’re right, they’re really different. A lot of that had to do with the hype machine and the label going, “Let’s go make this video with Jake Nava. We have to go and do this.” I was quite naive at the time and didn’t quite understand to be perfectly honest. I’d never done a video like that before. I didn’t get the whole process whereas now, I’m involved from the conceptual stage to choosing the director, making it clear how I want to look and having everything sorted from top to bottom.

You must be quite the hometown hero whenever you go back to Blackpool.

Blackpool is kind of hard to describe. In America, I tell people it’s a tie between someplace like Coney Island and Las Vegas.

You’re all, “Hmm… That sounds really nice, doesn’t it?” [Laughs] The people in Northern England are very down to earth and no nonsense. They say what they think and I find that refreshing, especially when I spend so much time in London. It’s like moving to places like Los Angeles or New York—you can get very wound-up about everything. They’re honest people.

You’ve always been open about your love of pop and pop musicians. What were some of your favorite songs growing up and what are you listening to nowadays?

I guess when I discovered The Beatles in my early teens, that was a huge deal. They wrote amazing songs, but also, they had amazing artistry. When I stumbled on people like Kate Bush and Elton John, I saw that you could make great pop songs and still remain interesting, crazy artists and fight for what you want. Those people were important to me because they balanced great songwriting with personality and artistry. Even people who you maybe wouldn’t associate me with like the Beegees, I love. I’m a huge ABBA fan. I think it’s about being a great pop songwriter and putting an interesting spin on it so it’s not straightforward like what we’re so used to hearing on the radio. At the minute I’m listening to a lot of dance music like UK house and a lot of old disco. I think Jessie Ware is a wicked artist and I’m a big fan of her.

Good luck with the new album and the tour. I know your birthday is just days before the album release, so have fun all around!