In the pastoral landscapes of Apichatpong Weerasethakul’s Uncle Boonmee Who Can Recall His Past Lives, all forms of life are inextricably intertwined. The film concerns itself with complacent animals and mythical creatures as much as it does the affairs of human beings. The coexistence of such variant protagonists as an aging princess, a monkey/man hybrid, […] 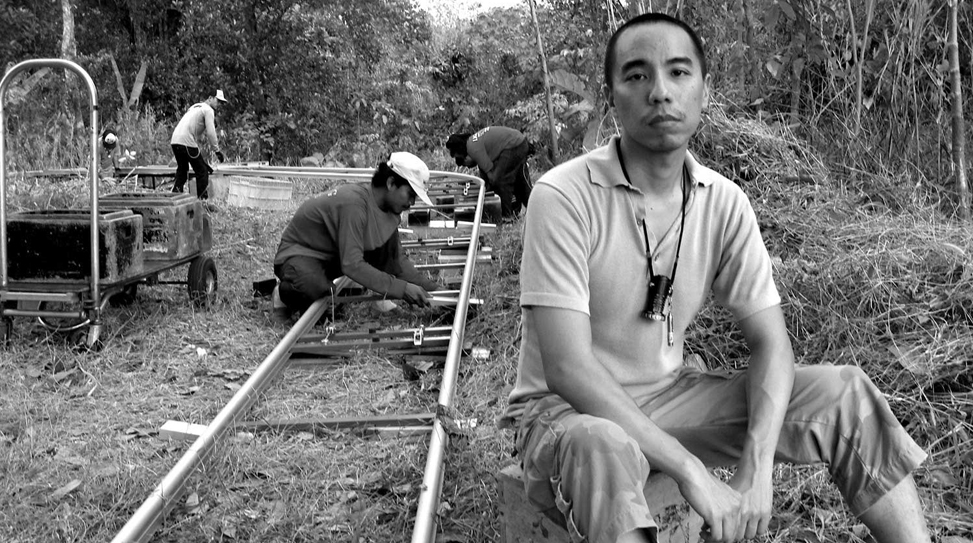 APICHATPONG WEERASETHAKUL, FILM, Q&A, THAILAND, UNCLE BOONMEE WHO CAN RECALL HIS PAST LIVES

In the pastoral landscapes of Apichatpong Weerasethakul’s Uncle Boonmee Who Can Recall His Past Lives, all forms of life are inextricably intertwined. The film concerns itself with complacent animals and mythical creatures as much as it does the affairs of human beings. The coexistence of such variant protagonists as an aging princess, a monkey/man hybrid, and a talking catfish is emblematic of the absolute convergence of the everyday and the openly fantastical, which is indicative of a film firmly tethered to the principles of Buddhism (primarily that of reincarnation) and the boundless transformative properties of a wandering soul in the afterlife.

Inspired by A Man Who Can Recall His Past Lives, a book written by a late author by the name of Boonmee, the film centers on a title character who witnesses his past lives—both in the form of humans and animals—during the final stage of his life.

Shot on location in the northeast region of Thailand, Uncle Boonmee is minimalistic and almost monastic in its simplicity, unfolding as it does, in a non-linear fashion with a discursive structure that dissipates conventional narrative tension. The camera contemplates every place it visits by the way of long, observational takes that recall the kind of filmic devices characteristically found in “slow cinema.” The sophistication and exactitude with which these oft-forgotten cinematic gestures are employed is a rare sight and Weerasethakul’s latest effort proves a bold experiment that goes far beyond the festival circuit obligatory viewing.

The Palme d’Or-winning Uncle Boonmee Who Can Recall His Past Lives is now playing at Film Forum in New York City for an exclusive two-week engagement.

The backdrops in this film are incredibly lush and breathtaking. How did you find these amazing locations?

The location scouting process was quite time-consuming. I had to scout most of the locations myself because I found it difficult explaining what I wanted to other people. [Laughs] My art director and I drove around for a month or so to find all the locations.

It definitely paid off. Are these landscapes reflective of the places that you grew up in?

What were some of your favorite comic books?

They were mostly Thai. I read a lot of ghost stories. These comic books were very cheaply mad; they were like throwaways.

There are a lot ghostly figures in the film as well. Do you believe in ghosts?

I believe in the possibility of ghosts. I know that’s a really bad answer. [Laughs] I wouldn’t rule it out because I’m interested in the power of our minds, but I can’t really say either way until I experience it for myself.

Aside from comic books, I understand that this film also pays homage to the cinema of your youth. In your own words, the films that are “dying or dead already.” What are you referring to specifically?

I’m referring to the innocence and the naiveté of films that aren’t really around anymore. Nowadays, I find that films are so complex in terms of their narrative structure and rhythm. The kinds of films that I loved so much in the past are now mostly gone.

Uncle Boonmee doesn’t have much to speak of in terms of narrative content, but, at its core, the film dwells on the idea of reincarnation, which is central to the structure of Buddhist beliefs. Do you think this might alienate viewers who maybe aren’t familiar with the film’s intended spiritual destination?

In a way, yes. I think in terms of the beliefs. People from Thailand and Asia in general don’t seem to ask a lot of questions like, “What does this all mean?” I think they’re more open to making their own interpretations. This is also true in the West. In the West, I think people are concerned with the film’s overall structure and form more than anything else.

There are many visually striking characters in the film, but I think my favorite is the monkey/man hybrid. What was your inspiration behind that particular design?

Again, I was inspired by comic books. When you look at that character, it’s obvious that it’s a person in a monkey suit. But, at the same time, I wanted the costume to have a certain level of sophistication to it. I wanted the design to fall somewhere between a cheap costume and a very detailed one to go along with the film’s underlying tone of uncertainty. The tone that makes you wonder, “Is this serious or a joke? Is this supposed to be funny or sad?” I wanted the monkey costume to reflect this sort of awkwardness.

How come you never explicitly tell viewers which of these characters are meant to represent Uncle Boonmee’s past lives in the film?

We did explain it thoroughly in the screenplay, but during the shoot, I decided to keep it more open and let the viewers make their own interpretations. The animals, in that sense, take on a more significant role. You’re left wondering whether Uncle Boonmee could have been an ox or perhaps a fish in his past lives.

Viewers seem really drawn to the scene where a catfish mates with a princess because, at the very least, it’s the most controversial. You’ve mentioned before that the story is meant to show the relationship between man and animal, while at the same time, destroying the line dividing them. That particular scene seems to perfectly encapsulate this idea.

Yeah. Apart from making a tribute to the TV dramas that I grew up with, which features hybrid animals such as the monkey ghost, the idea of mixing man and animal is an intriguing one to me.

It was interesting to hear that the film is made up of several reels with each one representing a different kind of cinema. What are they?

There are no clear-cut boundaries, so it’s a rough outline. The first reel is very indicative of the kind of films I tend to make. It’s contemplative with the use of long takes. The second reel if reflective of the old TV dramas where they shoot inside a studio with 16mm film. There are a lot of close-ups and reaction shots that feature a classical style of acting. The third reel takes place on a farm during the day and it’s shot like a documentary. The fourth reel with the talking fish and the princess is like a royal costume drama. There’s a noticeable shift in color and sound design there. In the last reel where they go into the jungle, the camera finally starts to move with the use of handheld. It was shot “day for night” and we’re returning to the nature tales.

I’m afraid I’m not too familiar with Thai cinema. Is there a lot of censorship in Thailand when it comes to filmmaking?

You can’t do anything that might disrupt the country’s stability. Mainly, you’re not allowed to touch institutions like religion, sex, and the monarchy. You can’t talk about politics. That’s why most Thai films are of the fantasy, comedy, and martial arts genres—anything that lies outside of our everyday lives. Over the years, filmmakers have learned to automatically shut out taboos in cinema and they don’t even think about the issue of censorship as a result.

Are there contemporary filmmakers in Thailand who make a point of challenging the system or at least try to push the boundaries a bit more?

With the advent of consumer video cameras, there are more possibilities to do that now. There was a recent film about a transgender mom that was banned in Thailand and that sparked a lot of debates. I think it’s a healthy situation when filmmakers come out with challenging materials like that.

How have things changed for you as a filmmaker since winning the Palme d’Or? Would you ever consider working in the studio system in Hollywood?

Well, I certainly travel a lot more now. I’ve never traveled so much in my life! [Laughs] Of course, I would love to work in the studio system, but I have no idea what Hollywood is. Hollywood is quite diverse. You have everyone from David Lynch to Gus Van Sant. When people usually talk about Hollywood, they think of blockbusters, when, in fact, there are a lot of hidden corners that you need to consider. There are a lot of people out there in Hollywood who really love and appreciate cinema.

You’re obviously busy with the Primitive project and promoting Uncle Boonmee, but are you also planning your next film?

I’m definitely thinking about it and accumulating ideas. I think it’s going to take place on the Mekong River, which runs through Tibet, China, Laos, Thailand, Vietnam, and Cambodia. It will be an environmental movie.