We sit down with Girls, hot off the release of the stellar followup to their debut LP (Album), Father, Son, Holy Ghost. 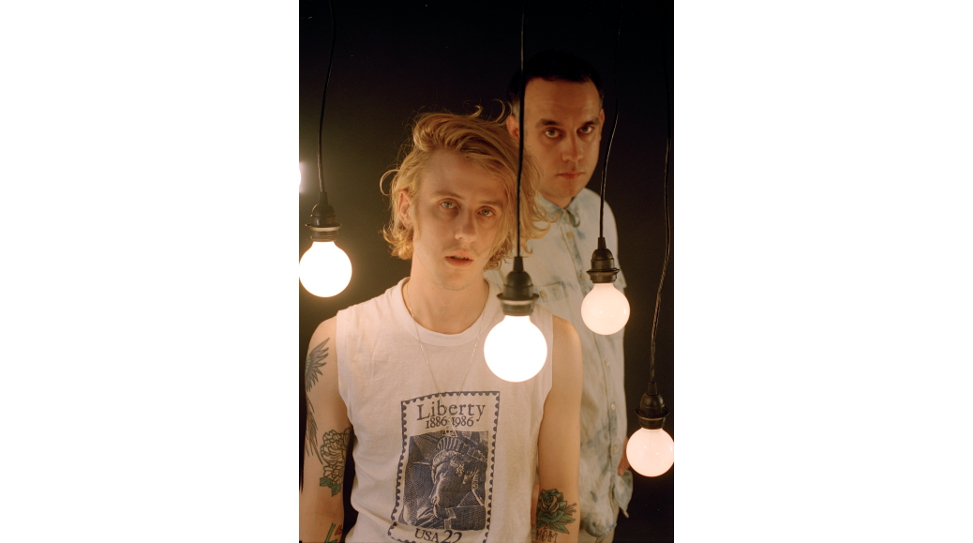 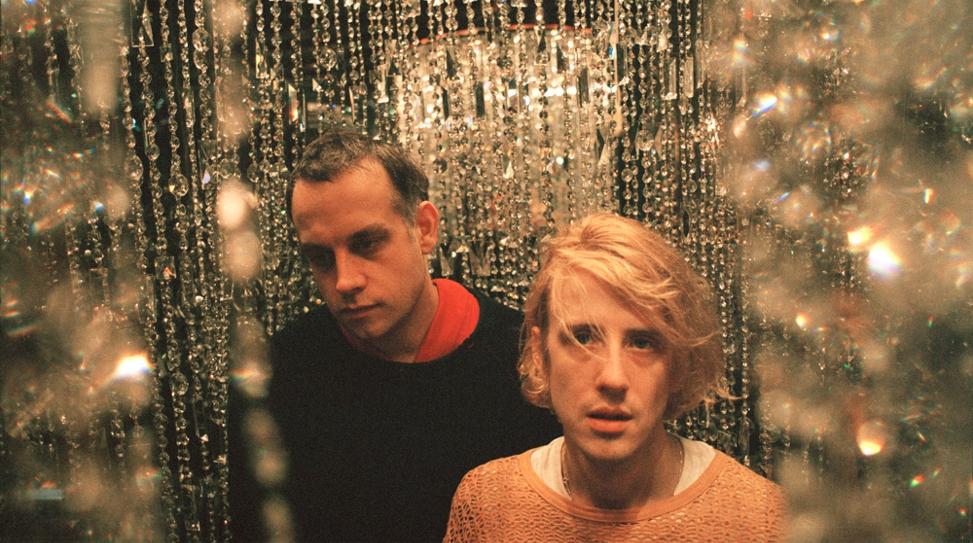 I think it’d be so cool to just go down to Nashville, hire a studio and a producer, lay down a country album, and then go home. Take a shower. And then maybe think about doing a trip-hop album.

Christopher Owens has been around. His past includes stints in places as varied as Slovenia and Texas, and, most famously, he was once a member of the religious cult Children of God — an element of his childhood that affects him still. More recently, he’s been the central figure in the band Girls, whose 2009 debut Album—with its earnest love songs and retro-tinged surf-guitar melodies — helped propel him into indie stardom. (His boyish charm and Kurt Cobain looks certainly haven’t hurt him either.) His second album, Father, Son, Holy Ghost, carries that winning formula further, and it, by extension, looks to be carrying Owens’ career further.

But for now, the critically acclaimed songwriter is still himself. When Anthem caught up with Owens on the phone recently, he was on a city bus headed for the mall, where he sometimes hangs out. Fortunately, he still found time to discuss with us his unusual history, Kurt Cobain’s fatal mistakes, and the possibility of following upFather, Son, Holy Ghost with a trip-hop album.

I’ve been pretty sick, actually. I’ve just been in bed for, like, three days. It’s pretty cool, actually. You just lie there by yourself. It gets kind of dark. Today I’m feeling pretty great, though, so I started walking to Golden Gate Park, but my friend texted me, “Want to hang out at the mall?” So I said “Yes!” I’m very excited. It’s my first day out in a while, because I’ve been sick for a while, and now I’m headed to the mall.

What exactly are you guys going to do at the mall?

I think we’re just going to hang out. He’s a really good friend of mine from Amarillo, where I used to live for a long time. He was basically like a teenage runaway hardcore kid who came to live in my house, which was kind of like the place for people to live that didn’t have anywhere to live. I had one of those kinds of houses. But he’s since moved to San Francisco, so I hired him as the driver for our tours. And he’s now parlayed that into like a job. He works around the year, driving around really cool bands, like Yuck and stuff. So I don’t get to see him as much anymore, since he’s always on tour.

Maybe you should do a cross-country mall tour next. “Girls at Malls.”

I’d love to, actually. “Girls at the Malls.”

So it seems like you’re still talking about your unusual background a lot. Is it something you’re ready to leave behind or does it still affect your day-to-day?

It’s really weird. It’s really, really, really weird. Every time I put it behind myself, it comes back up. Literally this morning I was watching a movie that’s been a favorite of mine since childhood, and I went through this long… I don’t know how to describe it, but I started thinking about my youth and what’s been happening to me now and what I’ve been doing for the past ten years. It’s really heavy, complicated stuff. Every time I think I’ve got it all figured out, it just comes back. I think it’s going to be a life-long scar, to be honest.

What movie was it?

It’s called Brother Sun, Sister Moon. It’s a really great one by Franco Zeffirelli, who did Romeo and Juliet and all that. And Donovan does all the music for the movie. The soundtrack is this album he wrote specifically for the script, and it’s just beautiful. I bought the album Donovan actually made. Zeffirelli had bought the publishing rights to it, so he just took Donovan’s vocals from it and put all this weird, Italian music behind it. It’s just beautiful. Donovan’s album is just done with guitars and stuff, but it’s still pretty cool too. But Franco Zeffirelli, he’s kind of an idol. Brother Sun, Sister Moon was just shown to me throughout my childhood, because it’s about St. Francis and everything. It’s a heavy movie with heavy ideas. It’s embarrassing, the level I was affected this morning. I found myself thinking about what a beautiful thing we had: all of us living together, the ideals. We had this thing called “fellowships” where we’d all sing songs together, and that’s where you’re supposed to rejoice and praise God. It’s such an amazing sound, and it’s something I just today remembered—I’ve been blocking it out for maybe the past decade. But you know, it really was something special. It’s sad, because at some point as a teenager, I realized a lot of the dark things behind what was going on. It wasn’t a genuine, pure thing. But as an ideal—it’s hard to grow up being presented with a Utopian ideal and then realize all at once that it’s a lot of lies.

Has anybody from the cult contacted you since Girls has took off?

Yeah! It’s amazing, especially on the European tours. Most my teenage years were in Europe. All sorts of people would come to my shows. My first girlfriend, too—that was pretty heavy. We hadn’t been in contact in a while. When you turn 16, you’re given a choice of whether or not want to stay. So I left, because my older sister said she’d let me live with her. It was a big decision, because my girlfriend was still 15, but she told me to go for it and that when she turned 16 in a year, she’d come. And we wrote for a long time, but then she just stopped. It was a big deal for me for a while. This was in 1997. Then last year, she comes to a show in Sweden. It’s insane. But it’s very cool. It’s nice to see them.

You’ve mentioned before how you mostly learned about pop music by watching movies when you were growing up. Are you still into movies, like new releases, or do you only stick to the older ones?

I take in a lot of pop culture—I’m a real sucker for it. I think it comes from years and years of not having it. It’s just fun, you know? I’ll go to anything from the Twilight movies to the new Batman. I love it all. I even read those crappy magazines and everything. It doesn’t really take up a lot of space, but it’s still fun little thing to do.

People always seem to be interpreting you through other musicians—Kurt Cobain, Elvis Costello, Buddy Holly, and the like. Who do you yourself identify with as an artist?

It’s funny, because I can take a lot of people and find ways to idolize them or want to be like them. And, yeah, I’ve done it with Kurt Cobain and Holly and stuff, but just recently I was very excited to listen to some Biggie Smalls lyrics. One of them was “Bought ya a a first-class ticket to Lucifer, real name Christopher.” And his life story, like his love of his mother and the struggles with their relationship, and him having a rough life but just buckling down and focusing on music—I can relate to that. And it’s funny, I don’t even like to think Kurt Cobain for myself. I’ve read the guy’s diary—I’ve been obsessed with him before—and, like, he should’ve quit the band. He should’ve gotten away from Courtney. He should’ve done certain things. I like to thing that I’d be strong enough to help myself, but I don’t know.

Someone I don’t relate to but I’ve been really into is Tyler, the Creator from Odd Future. His album was really good. He’s really dealing with his feelings. I was so excited when I bought it, I really wanted to meet him. I went to one of his shows, but he was really busy, and I’m not like friends with him or anything, but he’s a guy that I really like.

It seems like you listen to a lot of hip-hop.

Yeah. I’ve also been listening to a lot of stuff I already have. I’m anticipating the Beach House stuff, because I’m a huge fan of Victoria Legrand. She’s like a treasure. She’s working on new material right now and actually texted me a few times about how heavy the writing experience has been. We have a strictly text-message relationship, but she’s someone that I look up to a lot, so the fact that she even texts me, and the fact the we’ve connected and become friends, it all means a lot to me.

Do you think all these other sounds, be it rap or dream-pop, have been influencing your work?

Yeah, well, there are a lot of things I want to try. I think it’d be so cool to just go down to Nashville, hiring a studio and a producer, lay down a country album, and then go home. Take a shower. And then maybe think about doing a trip-hop album. I just want to work more, I want to get everything down. I’m writing at a very fast pace, and we’re very behind as far as recording goes.

Well, we’re all looking forward to the Girls trip-hop album, that’s for sure.

[laughs] But don’t you think that’d be cool? I got really into trip-hop recently, like Portishead and Massive Attack and Tricky and Sneaker Pimps. It’s a total nostalgia thing. But it’d be so cool to have like the trip-hop-style drumbeat, and then play, like, surf guitar real slow over it.

There’s your ticket into the mainstream.

Yeah. Then next I’ll be playing with the Gorillaz. And you’ll be able to buy my albums at the mall.