We chat with director Keith Schofield, a quintessential voice of the “YouTube generation.” 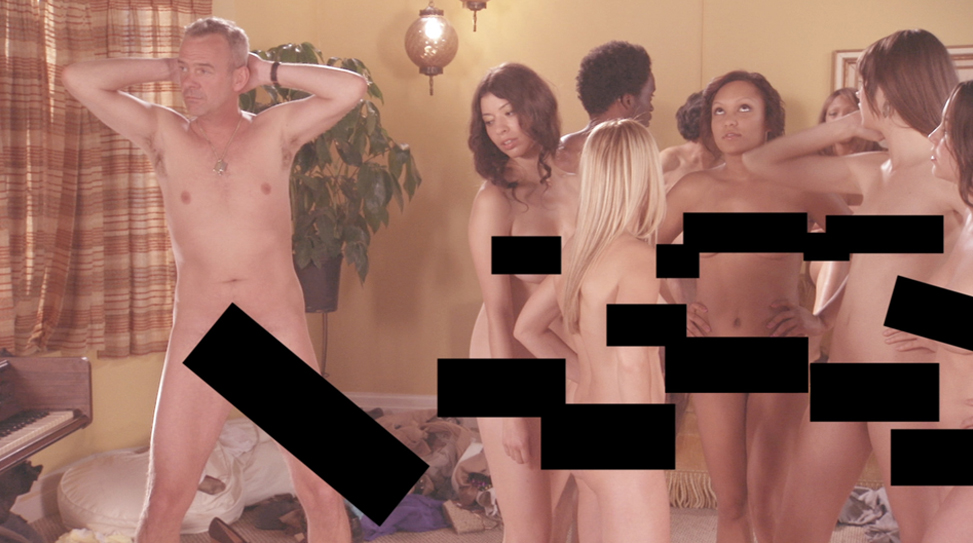 Creative ideas supersede technical achievements on the road to viral stardom in the current climate of music videos. Finding continued success with The Brighton Port Authority’s “Toe Jam” video, Keith Schofield emerges as the hot ticket in an industry crippled by falling budgets and a saturation of jaded directors who howl at the changing marketplace. Armed with inexhaustible enthusiasm for all things pop culture, Schofield pumps out viral sensations that regale viewers with a joyous vitality—his recent campaign for Diesel has already raked up over six million hits on Break.com. With more exciting projects in the pipeline, a certain level of worship may not be too far away for this purveyor of ingenuity and geeky coolness.

What inspires your creativity?

I spend a lot of time online. I used to just wander aimlessly, but now I visit specific sites like Digg, reddit, MetaFilter, and Boing Boing. I also frequent a site called FFFFOUND! where users can post links to random photos. If you go through enough of that stuff, you will eventually come across an article or a photo that inspires you. For instance, Wintergreen’s “When I Wake Up” video is based on an urban legend that I came across online where millions of unsold copies of Atari’s E.T. videogame were buried in a landfill somewhere. I’m constantly looking for ideas and wondering whether I could turn this or that into a concept for a video. I sometimes worry that I get too much into the pop culture stuff though. Some people are afraid of it due to copyright issues, which is totally understandable.

Were videogames a big part of your childhood?

I don’t own a videogame console because I would just play it too much and never get anything done. I grew up with Nintendo and always liked the culture around it. Our generation is nostalgic about videogames whereas our parents were nostalgic about their sleds, bicycles, and action figures. There’s something funny about the cherished memories of our childhood being Nintendo.

Videogames generally serve as a good jumping off point for videos because you already have an audience for them online. I did a video for DJ Format a while ago, which was a take on Dance Dance Revolution. It got really popular during that whole pre-YouTube era.

You are clearly thriving in our “YouTube generation.” To what do you attribute your success?

There are so many bands out there that would benefit from making a gimmicky and fun video. I think every band should focus their energy on creating viral hits on Youtube so they can get it seen by as many people as possible—unless you’re U2, in which case you don’t really need it. You need to pander to those people who have never heard of your band because fans will watch the videos no matter what. I always try to convince labels to push for more accessible videos, but it’s not easy. A lot of bands don’t want to be upstaged by visual effects tricks and are afraid to do things that are comedic in nature. But there are bands out there like Fatboy Slim who are known for their gimmicky videos like “Weapon of Choice.” We went with a big concept with The Brighton Port Authority as well.

Who has final say in getting a treatment approved—the commissioner, the label, or the artist?

The commissioner sometimes weeds out treatments that they dislike. I will work with an artist and ask them about a treatment that I had submitted for a past single and they tell me they never saw it. It’s all part of the process, but I like to think that the artists see my ideas. The worst cases are when you submit something and a band decides to go with their manager’s brother to shoot the video. So bands usually have the final say in the matter. There was one instance involving an emo punk band that annoyed me to no end. The commissioner, the label, and the manager all loved the treatment. The band liked it too, but didn’t want to do it because it was too weird or something. They went off and made the most generic video in the world when they could have done something fun and unique. I couldn’t help but think back to the days when labels used to push around artists telling them what to do and what to wear. But whatever, I’m not bitter…

Do you ever recycle ideas that were written in your past treatments?

I hate to admit it, but sometimes I have an idea that I pitched three years ago that I end up using on another song that comes along. I don’t think there is anything wrong with doing that, but bands don’t necessarily like to hear it. There is a treatment that I wrote featuring a band playing a bunch of humans as if they were musical instruments. Six months after I pitched that idea, two or three other artists made videos in that same vein by sheer coincidence. So if I ever went back to that concept, people would accuse me of ripping off those other videos.

How important is it for you to like the artists and the songs that you work with?

I would say it’s very important. It’s definitely more about the song. Sometimes you get a cool artist, but it’s not one of their best songs. There are also times when you get an artist you’ve never heard of or maybe have preconceived notions about and you end up loving the song that you are given. I get most of my tracks from the UK and they’re for the most part pretty good. Your generic rock band over there sounds like The Strokes or Oasis. The U.S. is the opposite, where your generic rock band sounds like Nickelback. I like artists like CSS a lot. I admire their spirit. If you get a track from them, you definitely pursue it.

Are there any artists out there who you would like to collaborate with in the future?

I would love to make the quintessential Ghostface Killah video centering on violent life with a very cinematic storyline. Just think how awesome it would be to shoot that literally. There are lots of things you can do with rap that you can’t do with rock because it’s so much about the performer. His average songs are so much more interesting than most of the stuff that I get sent to write on. But there is a part of me that says this collaboration would never happen because the label will always want some generic director to shoot a club video. There is such a divide between rock and rap music.

What do you think are some of the valuable skills that music video directors need to possess in order to survive in the industry today?

One of the most important things is to get a computer system and all the software you can like: Final Cut Pro, After Effects, Combustion, and Maya. I think knowing these programs helped me a lot as a director because you learn what you need to get in terms of shots and how to pull things off more efficiently. Post-production has always been one of my stronger suits. On the Supergrass video, I was able to do the effects myself because I had the know-how and the necessary tools to pull it off.

It’s mostly about saving money. If the budget is $10,000 and you end up doing the post-production work yourself, that will leave you with more money to spend on production design. If there is very little money for post-production and you don’t have the necessary skills, you will end up relying on friends who are talented editors and visual effects artists.

The music video and commercial industries operate very differently, yet you have been able to cross both realms successfully. How did you do it?

Going from music videos to commercials is pretty difficult from what I know. I think it’s an even harder leap to make if you focus on making performance videos that are really serious and tonal because that’s a hard sell for agencies. An easier sell would be to work with funny and quirky ideas. I was sort of lucky in that I pursued those kinds of videos from the beginning, which allowed me to make a nice transition into commercials. Most commercials are humorous—maybe 80% of them are. Agencies look for directors who are good at making something funny. Most of them don’t seem to care about your 35mm film or telecine work. I give a lot of credit to Caviar because they were able to pitch an American music video director and book me my first commercial in Belgium—I was impressed. Once you get that first commercial, the second one is easier to book.

I would say we went through about seven hours of footage a day for five days. We had five or six people working on it at any given moment, including some interns. There were twenty DVDs that were each a couple hours long and then we got another stack of porn in after that. It was a bizarre experience—your mind gets so fried after a while. The funny thing is that this campaign is totally meant to look stupid and random. It’s hard to look back and think just how much time was spent on making the silliest video you can think of. It would go so much faster if I were to do it again because we didn’t really know what kind of shots we were looking for at the time. There was a lot of trial and error involved. After a certain point, we started looking for shots that were relatively static and brightly lit because porn sometimes tend to get dark and moody. Also, there are only so many penetration shots that you can do without it becoming repetitive. The same goes for blowjobs—she is either going to be eating a hotdog, a Popsicle, or a banana.

What can we expect from you in the near and distant future?

I just wrapped on a Virgin Mobile commercial. We shot it in Uruguay because it’s apparently the place to save money now. I think it turned out pretty good. I’m now heading to Brussels to work on a PSA that encourages kids to get into sports. We’re doing big, overhead choreography with that one. But other than that, I’m just working on more treatments. These things just come in, you write on it, send it out, and within a week or so you know whether you were awarded the job or not. I would love to do a feature at some point as well. It’s a tough world. I have an agent and get sent out on meetings all the time—it’s just endless.