The Academy Award-nominated actress discusses Haruki Murakami’s Norwegian Wood, its long-awaited film adaptation and why she will never take ‘no’ for an answer. 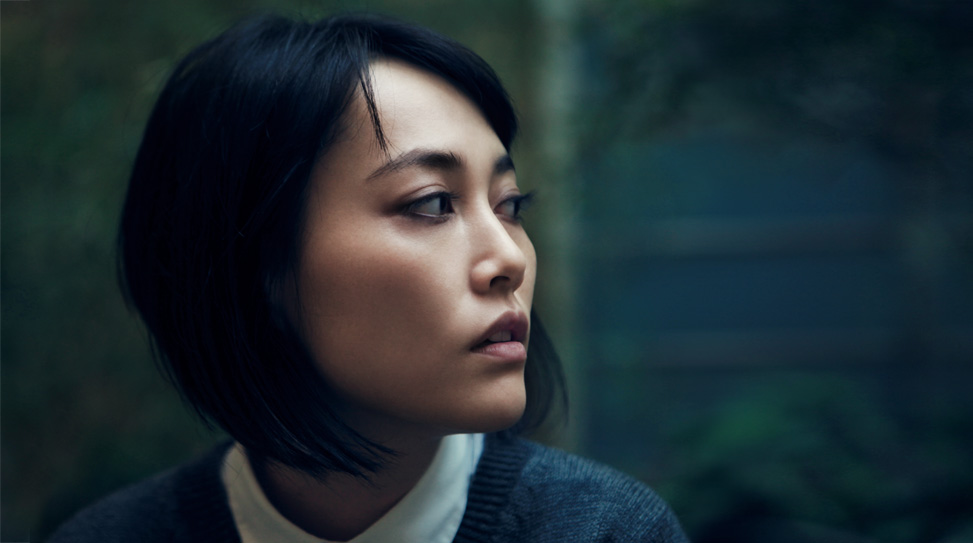 Is Rinko Kikuchi in cahoots with the devil himself? For the unfamiliar, Alejandro González Iñárritu plucked the 30-year-old actress from obscurity to play a deaf-mute in his 2006 megahit Babel. With that sublime performance, Kikuchi became the first Japanese actress to be nominated for an Academy Award following a 50-year dry spell and one of just five actresses in Oscar history to be nominated for a role that didn’t call for a single line of dialogue. She has since remained a hot export on the international film circuit—in 2013, she will take on her first leading role in Guillermo del Toro’s sci-fi blockbuster Pacific Rim—and even went onto become the face of Chanel in 2007. Her next project is no less impressive.

Filmmakers often plumb beloved novels to translate intriguing stories about women to the big screen and Tran Ahn Hung’s Norwegian Wood is no exception. An adaptation of Haruki Murakami’s internationally acclaimed bestseller of the same name, Norwegian Wood is a moving story of loss and sexuality set in late 1960s Tokyo during a time of global instability. The protagonists are Toru (Kenichi Matsuyama) and his beautiful yet emotionally unstable companion Naoko (Kikuchi). What binds them is inexpressible pain brought on by their mutual friend’s suicide years back. It’s this shared memory that threatens to smother and paralyze them forever.

Norwegian Wood privileges austere and gorgeous images over speech as part of the film’s rejection of the literary template of most adaptations. In Mark Lee Ping Bin’s poetic cinematography—it almost steals the film—nature is used as a symbol of Taru and Naoko’s innermost and often unarticulated feelings. And of course, none of this would work without the subtle skill of Kikuchi herself, who seems to have mastered the art of communicating a great deal while appearing to do very little, as previously substantiated in Babel and Rian Johnson’s The Brothers Bloom in which her character is known to speak only three words of English.

The following conversation took place at Japan Society in New York City. This marks Kikuchi’s first-ever interview without the aid of her translator.

Norwegian Wood opens this Friday in New York at the IFC Center.

How did you get involved with Norwegian Wood?

I read in the newspaper that they were adapting the novel into a movie and it was a big deal because Haruki [Murakami] never gave anyone permission to do that before. When I realized that Tran [Ahn Hung] was set to direct, I called the producer saying how much I wanted to play one of the characters in the movie. I really wanted to play Naoko, but Tran didn’t think I was right for it. He had seen Babel and the character I played in that gave him the wrong impression. Also, when I was pursuing this role, I was 28 years old and Naoko is 17 or 18. That age gap was another concern for Tran. I asked them to give me the part over and over again, and they finally gave it to me.

What was it about your character in Babel, specifically, that made Tran think you might not be right to play Naoko?

I think my character in Babel was a little too tough whereas Naoko is fragile and sensitive. She’s transparent and floats through life like she has no existence. I think he thought I was a bit too aggressive in my Babel performance. But I’m an actress and I can do whatever a director asks me to play. I’m a really stubborn person. I never give up on something that I really want.

Norwegian Wood is a hugely iconic novel all over the world. What was your first impression upon reading it?

It made me realize the kind of stories I personally want to read about. When I read this book, I felt really close to it. It felt like the words were written for me.

Did your early impressions of Naoko change after making this film?

A lot. When I first read the book, I was the same age as Naoko. I didn’t really understand why I loved that character so much, but ten years later after playing her in the movie, I realized that all Naoko wanted was to keep beautiful memories. I love that. There’s an end to everything, including love and happiness, and she knew that. She’s such a poetic character. She always feels so hopeless about her future.

Haruki’s novel has been translated into over 30 different languages. Why is this novel so universal in your mind?

It’s about how love always comes to an end. We can only hope that we’ll get really close to someone, but it won’t last forever. That’s what you think about when you meet someone for the first time. We have this beautiful thing one day, but we can lose it all in one day too. It sounds really sad, but it’s also beautiful. The book doesn’t sugarcoat the truth and everyone can relate to it.

What drew you to acting in the first place? What does it satisfy in your life?

I learn so much from the characters that I play. It’s like getting more and more life experience by becoming someone else. I grow with each character that I play. I love human thought and I’m interested in knowing why this person does this and why that person chooses to go through that.

How do you navigate your career these days? Was there ever an overarching goal?

I think it’s all about timing. It’s about falling in love with a director—not romantically—because you need to have a lot of respect for each other. I don’t like the idea of being typecast. Since I’ve now been in Naoko’s shoes, I’ll never accept a role that’s too similar to that in the future. It’s about taking on different characters, textures and atmospheres. If I think something will be really hard for me, I’m immediately attracted to it. If I think something might be really easy to pull off, I don’t want to go near it. If I begin to think that I can’t take a certain role because it seems too scary, that’s the role I should take.

Was Babel a scary proposition for you? That was a pretty ballsy performance.

I really wanted that part. I was really stubborn about it. Alejandro [González Iñárritu] was another director who told me that I wasn’t right for the part I wanted. He wanted to cast a real deaf-mute and I obviously wasn’t right for it in his mind. I auditioned for him several times and he finally gave me the part after a lot of persistence. The whole idea is to never give up on what you want. That’s the rule. I can only trust that what I’m doing is right.

When you’re given no lines to speak in a movie, is that a fun exercise for an actor?

It’s a really fun process because I’m able to use my hands and face to say so much about what I’m feeling without saying anything. It’s a great exercise for actors. When I have to talk in English, it’s still hard for me.

Following all the hype around Babel and your Oscar nomination, what kind of roles has Hollywood been offering?

Most American directors and producers don’t have a realistic image of the Japanese woman. That’s why I never get typecast. They want me to play the superhero or something like that. Now I’m working on Pacific Rim with Guillermo del Toro directing. I’m so happy to be working with him. It’s my first lead role in a sci-fi movie. I feel like I should do everything. I want to comedies and fantasies—everything. You should take everything.

Where do you see yourself in five to ten years time?

I can only hope that I’m doing the same thing I’m doing now. I want to continue working and get really good parts in movies. I can’t predict what will happen. I just try to focus on what’s happening at the present moment.