Q&A with the Concretes

We at Anthem have always been tremendous fans of Swedish pop, which, as most of you are well aware of, means being necessarily obsessed with the Concretes, a band that's been around for about 15 years now. Despite their lengthy tenure as a group, the sextet (previously a septet until vocalist Victoria Bergman left to […] 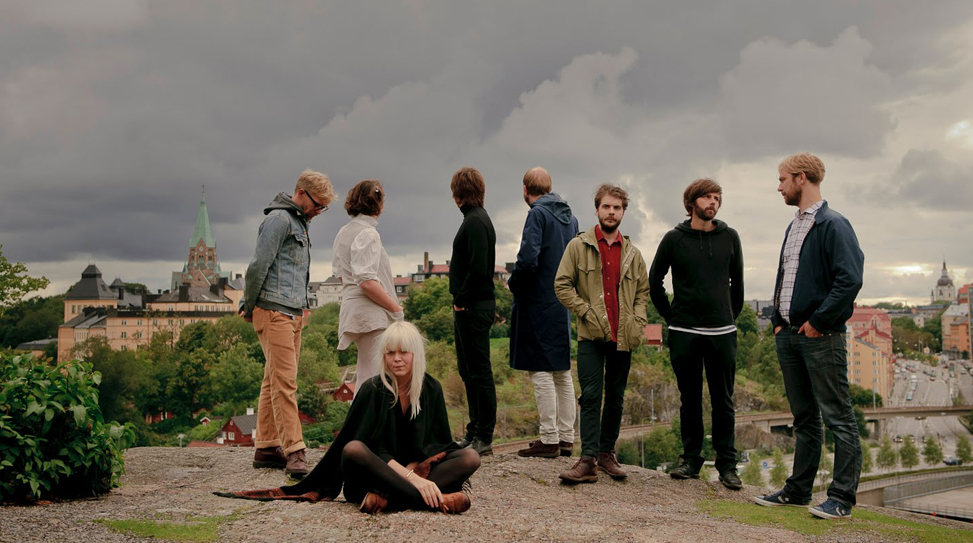 We at Anthem have always been tremendous fans of Swedish pop, which, as most of you are well aware of, means being necessarily obsessed with the Concretes, a band that's been around for about 15 years now. Despite their lengthy tenure as a group, the sextet (previously a septet until vocalist Victoria Bergman left to pursue her solo work as Taken By Trees) has only dropped three full-lengths as a collection of early recordings. Obviously, they're perfectionists.

We sat down with current lead singer Lisa Milberg to discuss the newest LP, WYWH, a beautiful disco-injection work of pop perfection. Check out their N. American tour dates if you're interested in seeing them perform live!

WYWH feels like a pretty dark and ominous throughout. What sort of mindset were you all in when writing, recording, and producing these songs? How's life?

I think between everyone in the band life is going in all possible directions at any given time. There's always someone going through something and someone else resting under a cloudless sky. You are right in that WYWH has a darkness or a sadness to it but I'd like to think of it as quite a hopeful darkness.

What would you say is the biggest thing that's changed for the band since the last record was released?

I think we finally had time to set. I've learnt from Masterchef that meat has to set after you've cooked it, before you can serve it. I think with WYWH both the band and the album had time to set properly.

While WYWH isn't a disco record in the flamboyant fashion of the 70s, it definitely does have a lot of the genre in its DNA. The bass hooks, the drum fills, etc. What stoked you to record something with dance roots?

I feel it's a really nice dimension to add to things. The stories and the melodies usually come first for me but this time around I wrote all of my parts around an imaginary 4 on the floor. And we made more room than usual for the drums and the bass on the album, making them the literal heart of all the songs.

It feels good to know all the songs have got blood pumping through them properly. If the album had cheeks they'd be nice and blushed.

I really like the cover art. What's the story behind it?

It's an old Swedish painting that we stumbled upon by accident. Which is weird because jut weeks earlier we shot a little trailer film from the very spot the painting looks out from and also it's very close to where we recorded the album so it felt like a nice way to tie it all together. WYWH owes very much to Stockholm, to the long summer nights, the water, the light and then lack of it.

As a band, you've been around for something like 15 years, which is a pretty long span of time! Is it difficult to keep motivated? To stay tight?

Oh yes, very. As with most relationships it's much easier to throw in the towel and start something new when the initial excitement is gone. It is very much like an old marriage, which is at times the most romantic thing you can have and at other times just plain boring and frustrating. It feels like we found our spark again with WYWH.

Relatedly, what has changed about the Swedish music scene since your beginnings? It seems as though groups have continued to get more and more international acclaim and attention. Why? Has anything else noticeably happened?

It is probably true that more and more Swedish bands are gaining international recognition. I think once Abba put us on the map it's slowly paved the way for Swedish bands. And it's just been a slow process since. Also I think Swedish music sounds better than ever now. I think we've stopped looking so much at what the rest of the world are doing and we're digging where we stand instead, focusing on Sweden's own musical heritage. Swedish bands have never sounded more Swedish I guess.

Do you have any future plans presently?

Just a lot of shows lined up for 2011. North America, Mexico, Europe… hopefully we'll find some time to start looking at new songs as well. Three years between albums is too long.

What's something you'd really like to accomplish as a band? Something new and different you've never been able to execute.

We'd love to do a soundtrack for a film. We've had our songs in films of course but we wanna do the whole score with a specific story in mind, that'd be exciting.

Generally, we always try and change and evolve with each new album so that's always an interesting process. You wanna do new things but not for the sake of the new in itself. Anything theoretic is bad I think. It needs to start in the heart.

What do all of you do on your own? Side projects? Special hobbies?

Basically just a lot of music in different shapes. Most of us are in at least one other band, in most cases more than that. At the moment I've started planning a festival in Sweden for next summer and that is taking up a lot of time. You should come!

Other than that, we're all big on food and we love to travel so our main goal is always to try and get invited to play as many new, exotic countries as possible and get taken to as many lunches as possible…