We Own the Night: The Edison

Kick back and knock back some nostalgia-infused libations at this downtown Los Angeles hotspot. 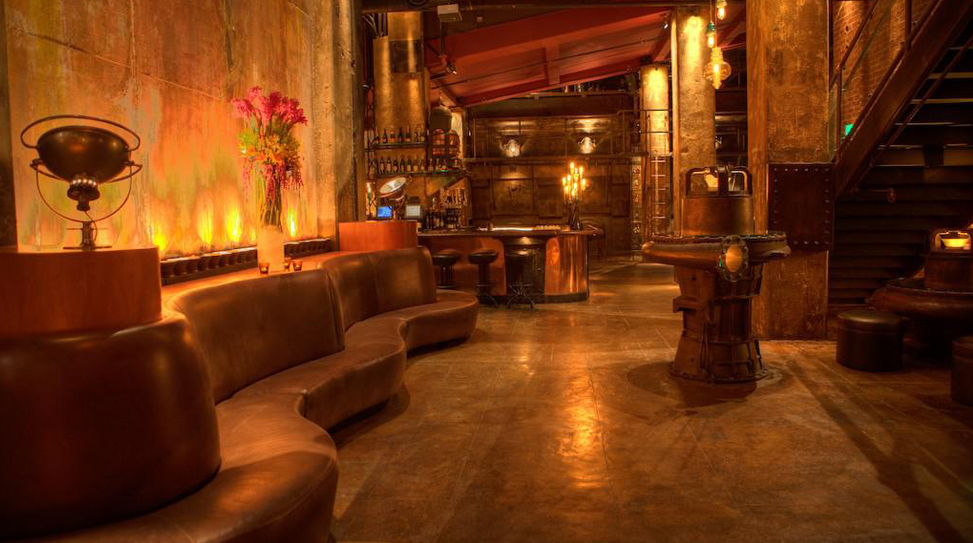 ANDREW MEIERAN, LOS ANGELES, THE EDISON, WE OWN THE NIGHT

The Edison isn’t so much a replica of the Roaring Twenties as it is a re-imagining of a bygone era forever etched in history for its social, artistic and cultural upheaval. The bar and lounge encapsulates an Old World style and a refined sense of romance that once dominated the vibrant metropolis of downtown Los Angeles. By the same token, it serves as a reminder that Angelenos live in a city of dreams and during a time of great reinvention—downtown LA’s urban renaissance over the past decade is a breathing example of this. Sheltered below street level in the historic Higgins Building, The Edison’s expansive post-industrial space boasts architectural remnants from its prior incarnation as a power plant. Massive power generators, Noveau-style ironwork and exposed brick walls enrich the subterranean setting with an air of theatrics. Proprietor Andrew Meieran has hand-selected Art Deco-inspired club chairs, amber-hued lighting fixtures, and Modernist glass top tables to set against the mighty backdrops to dramatic effect.

It is here that a team of seasoned mixologists engineer a comprehensive drink menu that slips seamlessly under the bar’s resurgent framework. The said menu is firmly upholstered by a long list of malt Scotch whiskies, over a dozen variety of Absinthe and libations that are armored with revivalist handles like Brass Furnace, The Mistress and Secretariat—named after the greatest horse to run The Derby. Play close attention and you’ll unearth even more surprises. Every Thursday, The Edison baits penny-pinching bargoers with their recession proof 1910 martini that will set you back just 35 cents. But whatever it is you end up drinking on a given night here, don’t approach the barkeep for a Jägerbomb—you’re simply in the wrong place at the wrong time.