From graphic design to record producing, Trevor Jackson is a modern-day Renaissance Man. 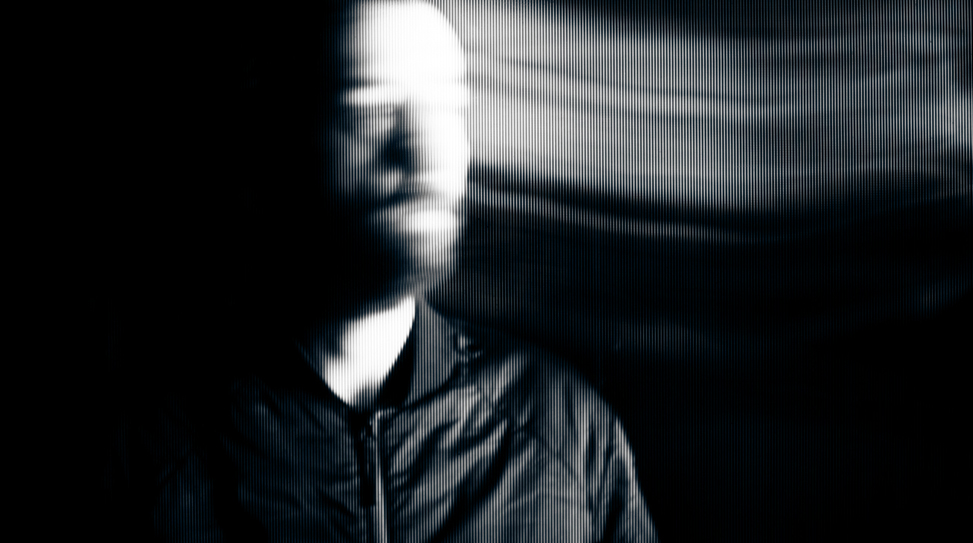 It's a bit ironic now that I probably make loads artwork for younger people but I like to think that I'm as in touch if not more in touch with the underground than a lot of people that are less than half my age.

Trevor Jackson is a man of many faces. None of which are an Australian technical diver or a young black actor from the Syfy channel’s “Eureka”. No, this Trevor Jackson is a man with has a long and storied history in the underground dance scene beginning in the 1980s. This Trevor Jackson has designed covers for The Stereo MCs, Todd Terry and The Rapture. This Trevor Jackson ran the excellent record label Output Recordings for ten years. This Trevor Jackson has done countless remixes as Underdog. This Trevor Jackson DJs, has directed films, designed advertising campaigns for major corporations, designed “a few seasons worth of collections” for an Italian clothing company, and done virtually everything but write this interview and star in this summer’s The Avengers (although he was this close to voicing Loki’s pet beagle till the role was written out). The man chats to us over the phone from his home in the UK to talk about his excellent new industrial, post-punk and coldwave compilation Metal Dance and how his eyeballs have thanked him for going analog.

First of all, congratulations on Metal Dance, it’s a terrific collection.

Ah, you don’t have to say that. Do you really like it??

Yes! I like it a lot. I’m a fan of your work from the graphic stuff to the Output days all the way through to this.

OK, well feel free to ask me anything you want.

Alright then, what do you see as commonalities between your graphic work and your music?

(silence) I don’t know, that’s actually a really hard question. You just really hit me with that first one.

(laughs) You did say “ask me anything!” Why don’t I tell you what I think they are then.

Oh yeah, I know what you’re gonna say. Yeah, I have very very strong morals and ethos when it comes to sound and to vision. That’s my life it’s not just my job. All outputs of my creativity are not just a nine to five job to me; it’s what I live for. It’s what makes me happiest in my life and I don’t just do things willy-nilly. I care a lot about what I do and as I mature and get older the rules and the reasons behind why I do things become increasingly important. That make sense?

Total sense. I think that’s something that comes across in your work as well.

The important thing for me is that I don’t do this shit for fucking lifestyle, you know? These things I do I’ve always done for passion and through a journey of discovery. It’s got nothing to do with fashion or lifestyle or being trendy, whereas now over half the people that get involved with all of these things – it’s all about lifestyle. And that’s just something I don’t adhere to whatsoever. I think I’m slowly getting to a point now where I feel as happy with my music as I do with my design work.

I liked the story you related in the video about how you got started doing design work years ago by just going up to an older record executive and telling him that music is made by young people and should be designed by them as well.

It’s a bit ironic now that I probably make loads artwork for younger people but I like to think that I’m as in touch if not more in touch with the underground than a lot of people that are less than half my age.

Is there someone you’ve always wanted to design for that you haven’t gotten a chance to yet?

(pause) I really wanted to design a cover for The Human League and it nearly happened for their last album but it didn’t.

I’m a big fan of Soulwax. Other than the Magic Eye-ish typeface that you developed for their “Any Minute Now” release, were there other similarly experimental designs for other artists that just didn’t fly?

I’ve been very fortunate. I normally work with artists that I have some sort of relationship with or they get me involved because they want something exciting or somewhat different or that’s what I’d like to think anyway.

As a designer what did you think of their video mix project Radio Soulwax?

What did you think about it?

I love them. Personally I think it deserves a DVD release as it’s not something you really want to watch sitting in front of a computer. Actually you don’t really want to sit at all; they’re basically incredibly intricate club visuals.

It’s sad because I think there was so much love and passion and effort that when into it but whether it will be appreciated enough, I don’t know because I think it was too much. How many are there, twenty four?

Yeah it’s twenty four one hour mixes. It’s essentially a full day film festival for tweakers. For guys that don’t take drugs they really are certainly friend to the druggie.

I mean I understand why they did it, but it’s just sad to me how much went into it that maybe it won’t be as appreciated as it could be if it were a bit simpler.

Let’s talk about Output for a minute. It said on the website that the label was “started with positivity and enthusiasm but ended with negativity and bitterness.” Is that an accurate depiction of the way it all went down?

(pause) Yeah, I’m not a businessman. I’ve talked about it hundreds of times and I’m bored of talking about it now, but basically the bigger a label becomes the more hard work it becomes. It’s a snowball you just can’t stop. No one teaches you how to run a record label. I made so many mistakes due to naiveté and it just ended up being a nightmare for myself and everyone involved. So yeah, it was negative at the end.

Well I can tell you that it had a huge impact on me growing up in terms of music discovery and was a place that I discovered lots of great bands through. You just finished campaigns for Lexus and Canon. Did you find that big corporations like that were open to your style?

The Lexus project I did was a crazy concept. I’ve been doing experiments with sound and light within cars so I’ve created this…kind of auto orchestra where different cars represent notes and I can play sounds and lights with different cars and I did an installation in LA where they closed Sunset Boulevard. It was interesting. Working for corporate companies, depending on the company, can be incredibly frustrating, shall we say. It pays very well but they don’t always understand your aesthetic. And for Lexus I created something very visceral and, I have to say, quite intelligent, and I think that they wanted something quite popcorn and quite dumb and I wasn’t really prepared to do that so it was quite a struggle.

Why did you think the time for Metal Dance was right now?

There’s quite a few reasons, but mainly I’ve been quiet for awhile, concentrating on other things and maybe I just underestimate my abilities sometimes, but I found a cassette at my parents’ house with seventy five percent of those tracks on it. I still play a lot of those tracks in my set with contemporary music and I kinda thought I should do a compilation, but then I thought it was too obvious. Then I thought I don’t wanna do a compilation with Cabaret Voltaire and Nitzer Ebb and all these bands that everyone knows but then I realized that not everyone knows this stuff. I’m in my early forties now and teens and kids in their early twenties have probably never heard these bands before.

So how did you hear about that?

A little coldwave birdie told me.

(pause) Let’s just say that the main reason I do things myself is because I trust myself and I know what I’m doing and unfortunately sometimes you put things into the hands of other people and they don’t always do what you want to do. But everything’s fine now.

Any new remixes lined up?

I just did a remix for The Gossip of their new single; they’re friends of mine. Douglas McCarthy from Nitzer Ebb has a new solo project which is really interesting and I’m doing a mix for him and that’s kind of it for right now. Releasing too much stuff can be bad. I’d rather make a few strong statements than loads of weaker ones. I see that as being old music and then start making new music which will be this all analog stuff and that will come out somehow. I haven’t had an original track come out in quite some time.

What’s on tap for you next? Staging a ballet?

When it was cold and freezing in London I locked myself in my basement and finished pretty much ten years worth of music. I went through over a hundred tracks, but it’s old music. Some of it is Playgroup demos and even stuff that’s ten to twelve years old, but I listen to it now and it still sounds relevant so I kinda wanna get that out there.

Well, in the past six months I’ve totally changed my studio to, pretty much, a completely analog studio. I’m not really into using my computer anymore to make music. I use it for boring things like doing emails and paying bills – tiresome stuff. I sold all the gear I had and bought just a few pieces of analog gear that are beautiful to look at and beautiful to play and I just spend hours and hours and hours just sitting there playing with knobs and twiddling things and smiling, whereas before I’d sit there hunched over my computer frowning and really pissed off with my eyes bleeding from looking at a screen for too long and now making music is fun again. It really is a completely different experience.