While most designers/stylists are concerned with making bands look good, an elite few go above and beyond to cultivate lasting iconographies. Christian Joy certainly belongs in the latter category. Joy is a rogue costume designer whose oft outlandish and gender-bending garbs are instrumental in bringing Karen O’s electrifying on-stage persona to life. By the same […] 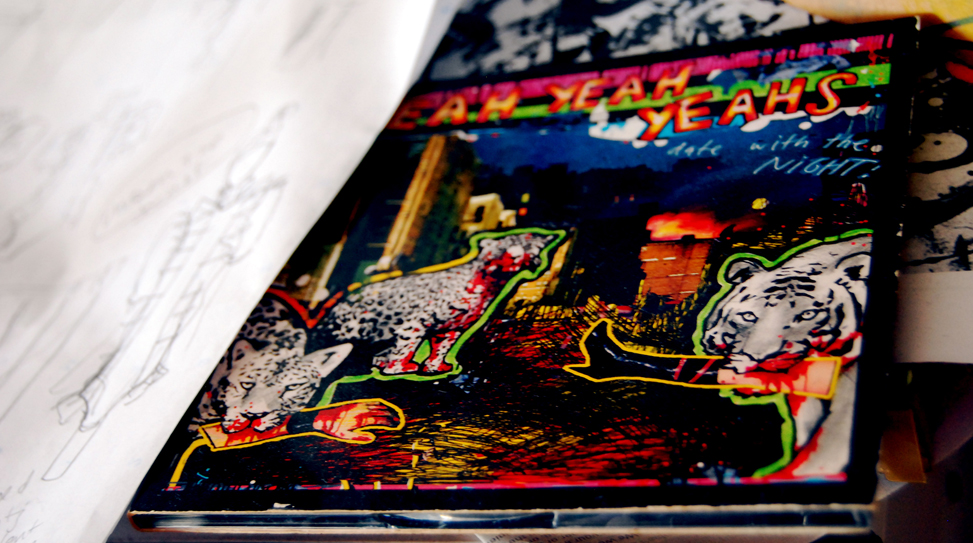 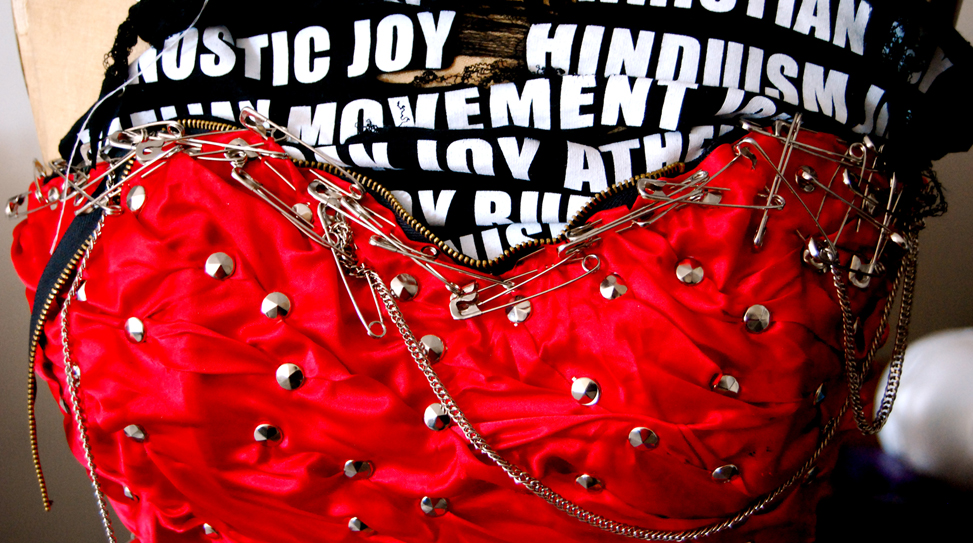 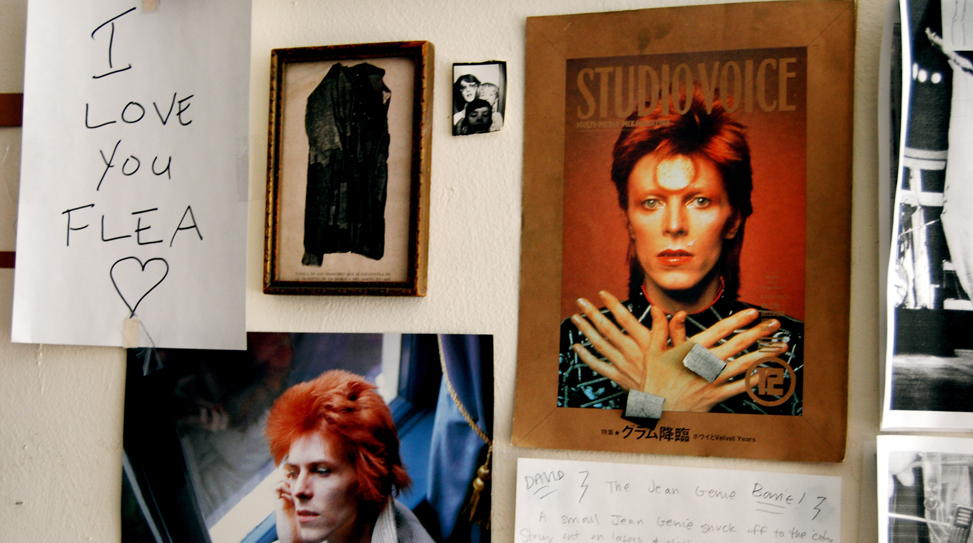 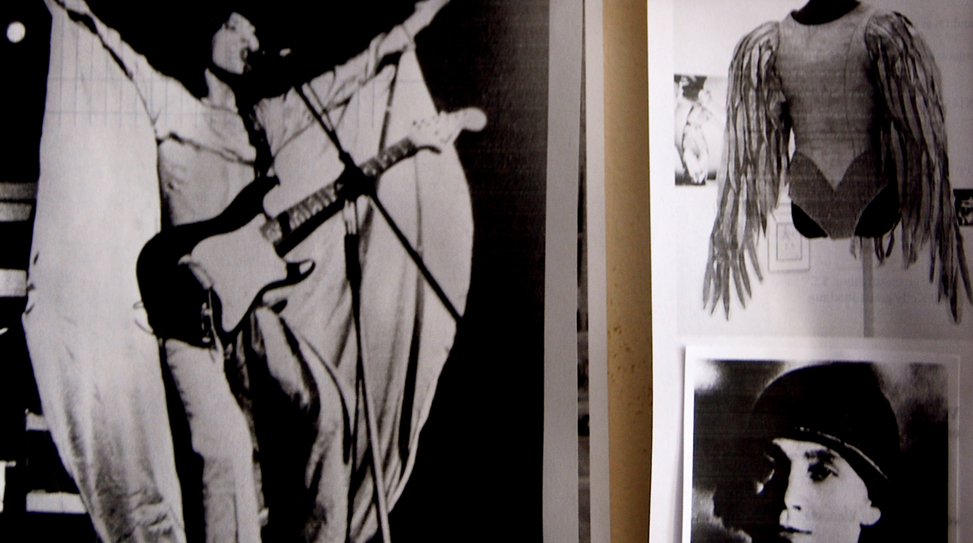 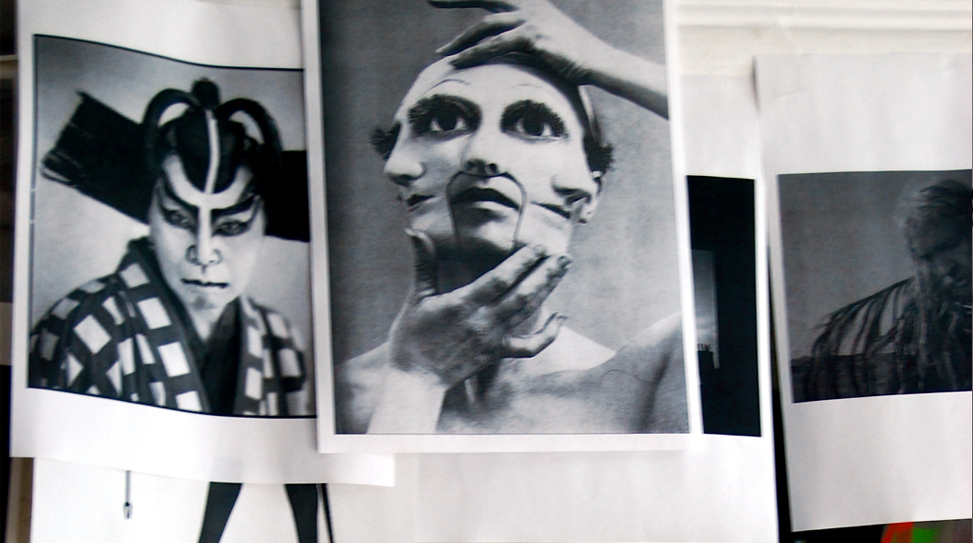 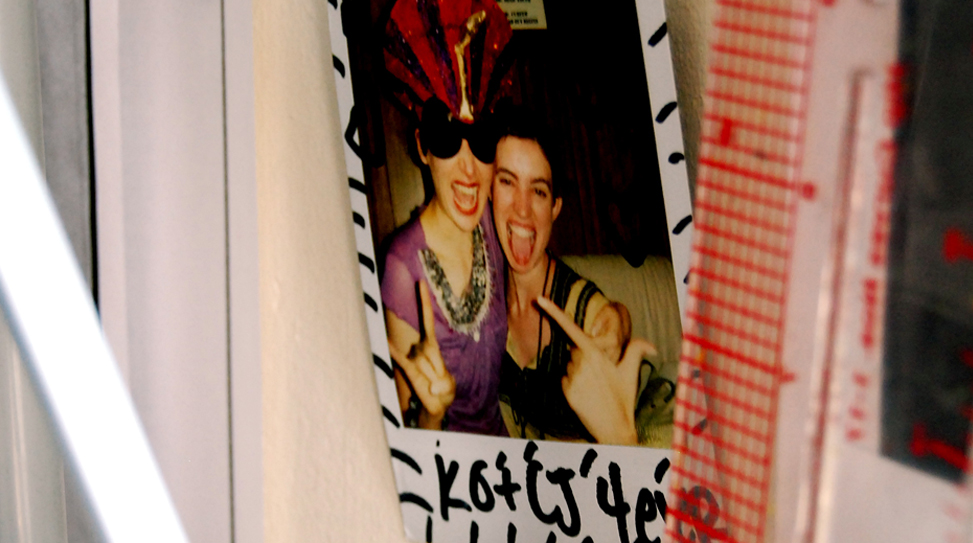 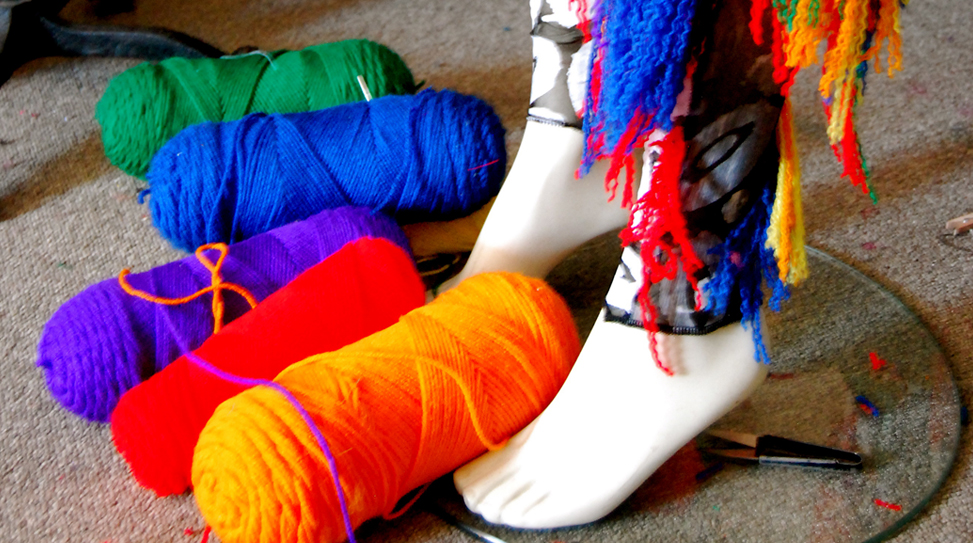 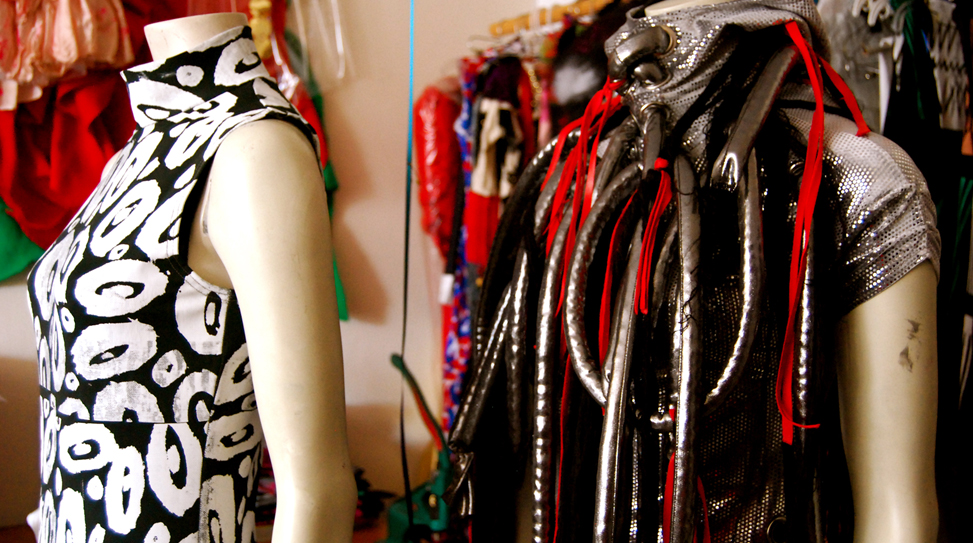 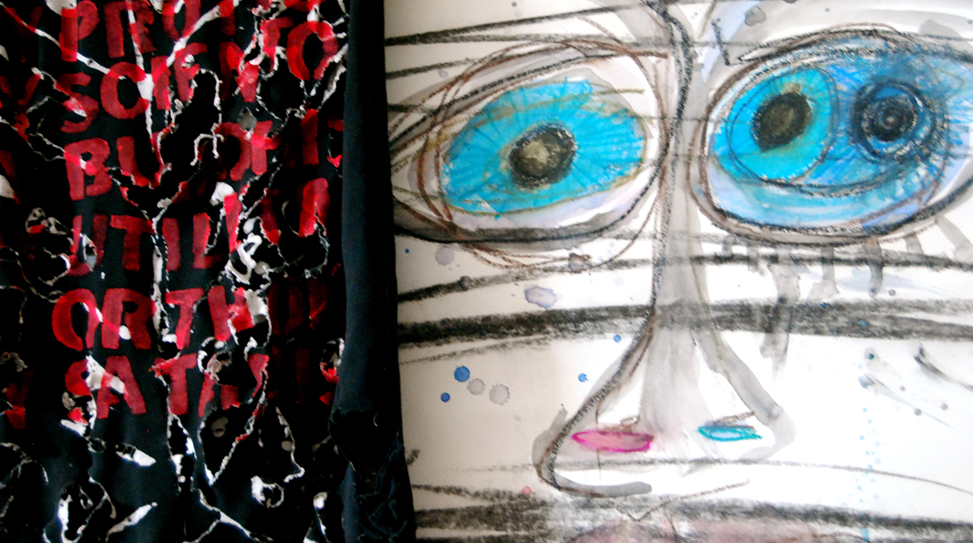 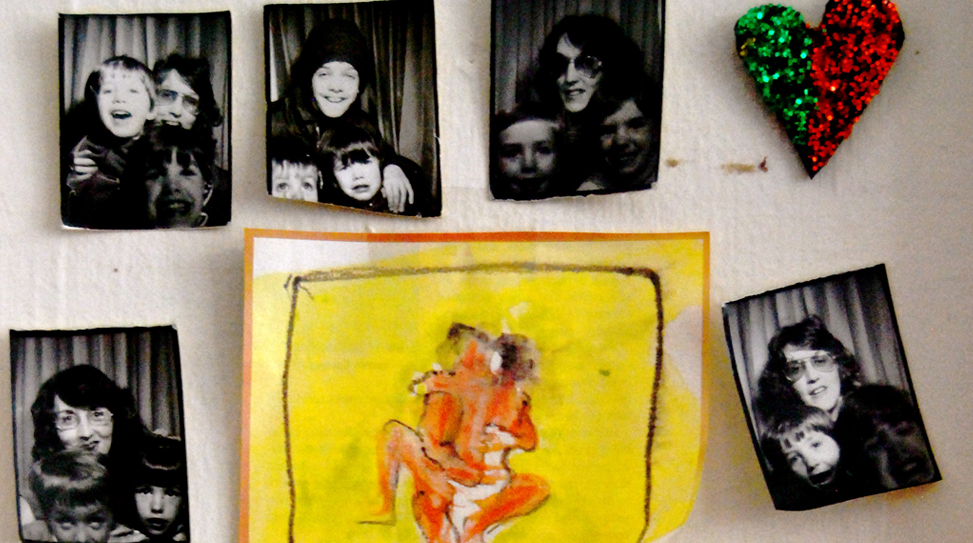 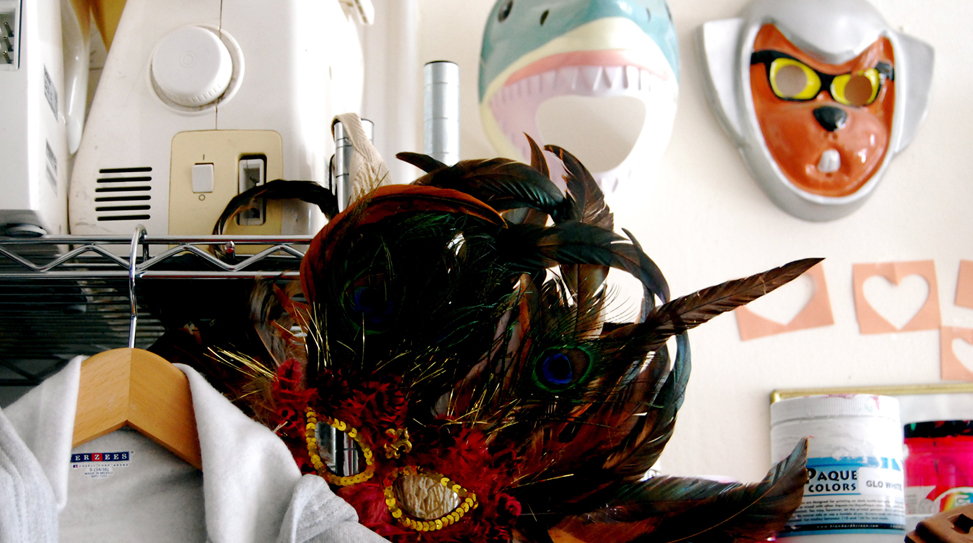 While most designers/stylists are concerned with making bands look good, an elite few go above and beyond to cultivate lasting iconographies. Christian Joy certainly belongs in the latter category. Joy is a rogue costume designer whose oft outlandish and gender-bending garbs are instrumental in bringing Karen O’s electrifying on-stage persona to life. By the same token, KO’s obsession with playing dress-up in aggressive getups—which some might see as totally impractical—helps separate her from other musicians. Together, the dynamic duo continues to keep creativity alive both on and off the stage.

Joy shares with Anthem the deets on her ongoing collaborations with the Yeah Yeah Yeahs’ frontwoman.

Are you working mostly as a stylist, a fashion designer, or a costume designer these days? Do you find yourself drawn more toward one over the others?

Yes, I really love costume design. I thought maybe I should do fashion design because it seemed like the obvious next step, but I didn’t really enjoy it. I kept feeling like, “I know I can make much cooler stuff than this. Why am I wasting my time?” I also didn’t enjoy the process, which included production. I guess if I didn’t have to worry about doing everything myself I might want to try fashion design again, but I kind of doubt it. As far as styling goes, I used to do it for the Yeah Yeah Yeahs’ shoots, but it got to be too much work between trying to create Karen’s costumes and then trying to style the shoots. I have to say hats off to designers and stylists; it’s really hard work.

Can you describe the circumstances that lead up to you working with Karen?

I used to work for designer Daryl K at her 6th St. store in the East Village. Karen used to come in all the time and we became friends. This is all before I was designing and Karen was in the Yeah Yeah Yeahs. I only really knew Karen through the store and had never hung out with her outside of it. She used to come in regularly about once a month, but there was a point where I hadn’t seen her in a while. I remember thinking, “What happened to that weird girl?” I really missed her.

Initially, I meant to make costumes for a film Karen was doing. At the time, she was a film major at NYU. The film never came to fruition, but one day, I had some prom dresses that I had made at the store and Karen came in and saw them and asked if I’d make one for her for the Yeah Yeah Yeahs. I kind of thought they were going to suck, but then saw them and I was totally blown away. I remember thinking to myself that this was the thing I had been waiting for. It was that thing that I somehow knew was going to happen in my life and suddenly there it was right in front of me.

What is the collaborative process like between you two? How much of the concept comes from Karen and how much say do you have as the designer?

Karen is really great. She leaves me entirely alone concerning the concepts. At the beginning of records, we usually have a lot of going back and forth talking about ideas, but ultimately, I feel like it always comes down to me being left alone to create. Fortunately, she’s very trusting. I think the collaboration comes when she gets up on stage and brings the costumes to life. Before she performs in them, the costumes are without history. When she performs in them, she puts them together in her own way and the costumes become memorable because of the moment—I love that idea.

I remember reading about a piece of artwork that Yoko Ono created in the 60s that she ended up changing in the 80s. That concept astounded me because I think it’s very difficult for an artist to change something that they might already have a deep attachment to. Also, the idea of the piece having new relevance through change was a concept that I found very profound. Although Karen is on stage pouring beer all over herself, I don’t care in the end because she’s adding to the relevance of the costume. I’d rather look at a piece that’s been torn to bits with history than something in pristine condition.

Most of the outfits that you create are multifaceted with matching headpieces, shoes, capes, and other odds and ends—it seems pretty laborious. How long does it usually take for you to create a single outfit?

Well, for a while I had a lot of interns, so I was able to delegate certain pieces to them and they would really crank them out. I guess it usually takes a few weeks.

Do these costumes come together with specific events, venues, and shows in mind? Do you find that they tend to get more extravagant with the more high profile gigs?

Definitely. I tend to try to make the festival costumes much more extravagant and I always try to do something extra special for New York.

How many pieces are you looking to create for the Yeah Yeah Yeahs’ upcoming tour?

I’ll probably only create two new ones. It’s a small tour in the UK. They’re also playing All Tomorrow’s Parties’ 10th Anniversary Festival, so I’d like that costume to be totally insane. I’m assuming that she’ll probably mix and match with the old costumes.

Where do you pull your inspirations for the costumes?

I always think about all of David Bowie’s personas. For me, he’s the ultimate rock star. He’s androgynous and alien-like. I want Karen to look like she might not be from this planet. I feel like people are able to relate to you in a different way and also, it gives the performer a shell to protect their true personality. I also really love to look at tribal and cultural costumes. I love the colors, symbolism, boldness, and ingenuity behind them. Plus, it’s always really amazing to read about what kinds of rituals the costumes were used for.

Karen seems pretty fearless looking at the back catalogue of your collaborations. Does it usually come down to “How far can we push it?” sort of approach?

I guess in a way. I think we both have a really good sense of humor and we try to express it in the look and how she performs. It gives a lightness to the performance and to the costume. I think we both try to be as imaginative as possible.

Have there been ideas for costumes that were ultimately rejected for whatever reason? Do you ever run into logistical problems where you end up nixing certain concepts?

I have to think about how she moves about on stage and what’s comfortable for her. I remember her telling me about this really awesome costume Björk wore that was made from umbrellas. I was like, “Yes, well, that’s amazing, but you’d fall on it and kill yourself.” So, for the most part, she has to be able to move easily and no sharp objects.

How are the costumes you’re creating now different from your previous collections? Is it different?

I think they’re more developed. I think I feel more comfortable in the basic design processes like patternmaking. I’ve been able to think more about the other parts of the process as a result. I’ve been able to do more research and buy tools that help in the embellishment process. I guess I feel more like, “Well, this is what I do. I should totally go for it and have everything that I need at my disposal.” I think it’s just about getting older. You’re not as afraid as you may have been in the beginning. Also, I think it’s like any job you’ve done for a while—you become more astute at it because you’re used to the thinking process that’s involved and using your mind in a particular way.

There’s something to be said about the role that stylists and costume designers play in crafting a band’s identity, especially a band like the Yeah Yeah Yeahs where there is so much thought poured into the singer’s visual presentation. For instance, when the “Heads Will Roll” video came out, viewers were really focused on Karen’s outfit more than anything else. What’s your take on this?

Hmm. I’m not sure how to answer this one. I guess it’s true that stylists and costume designers play a huge role, but I think sometimes it outshines the music. There are a few artists I’m thinking about right now who I really have no idea what their music sounds like, but I can tell you what they’re wearing. That doesn’t really work for me. I think you need the whole package. Otherwise, no matter how good you look, you’ll disappear. I always think about David Bowie, Elton John, and Freddy Mercury—amazing performers, great music, and awesome costumes—they’re totally iconic. Karen is totally iconic in that way as well. I think that the costume or styling should enhance the performer. A lot of performers look lost in what they’re wearing. I think maybe people were so attuned to her costume [in that video] because it fit the moment well.

Do you think you could ever push an idea so far as to make Karen say, “I can’t wear this”?

Yes. I have. But I think it was more about the outfit being slightly absurd and she was feeling more nervous than usual about the show that they were playing. It was totally understandable. It must be difficult going out in front of a huge audience and really putting it all on the line and be so bold. People love to talk shit. That’s why everyone is so boring on the red carpet. I can understand if there is one costume she refuses to wear; I know I’m going to end up seeing it on her one day anyway.