We swung by Lindstrøm’s Oslo studio to check in with the man and peep his setup in anticipation of his excellent new LP (the first of two for 2012), Six Cups of Rebel. 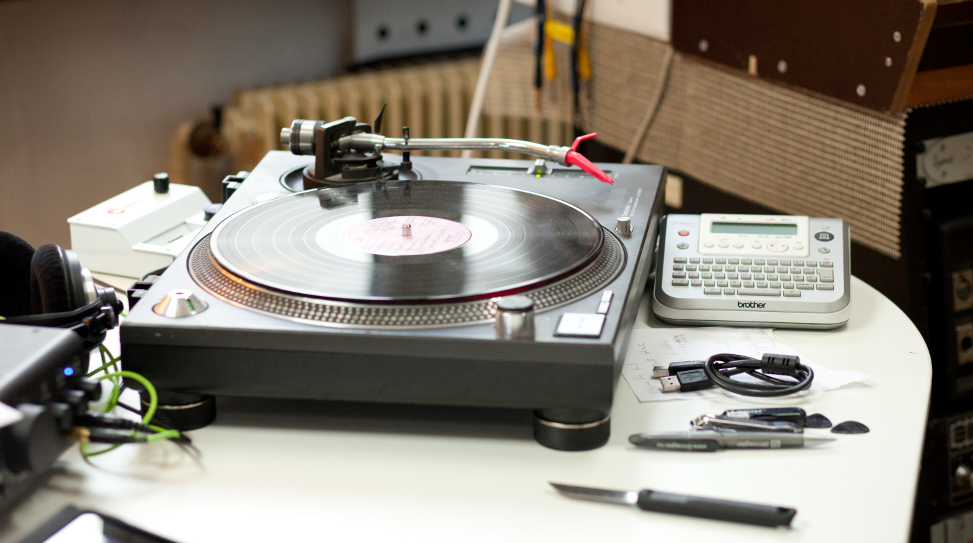 Lindstrøm in the studio 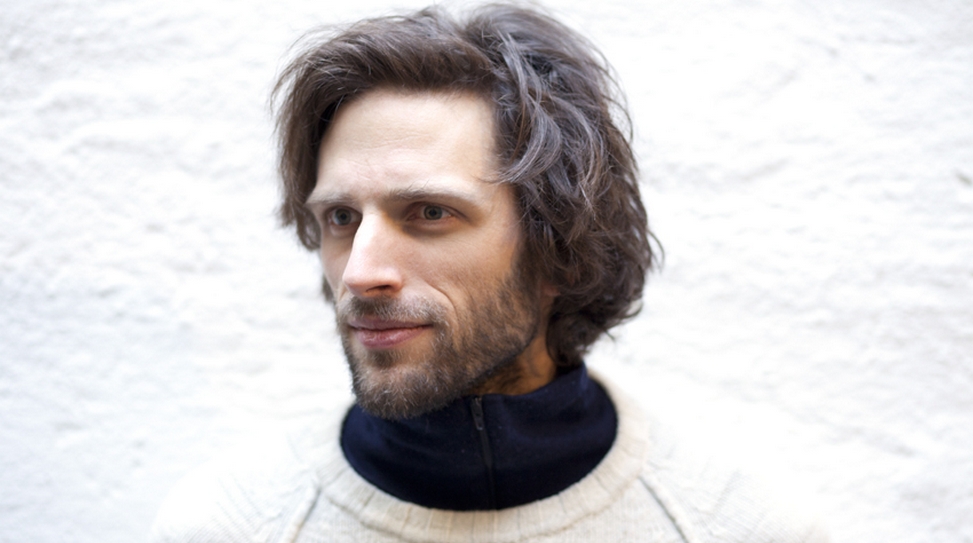 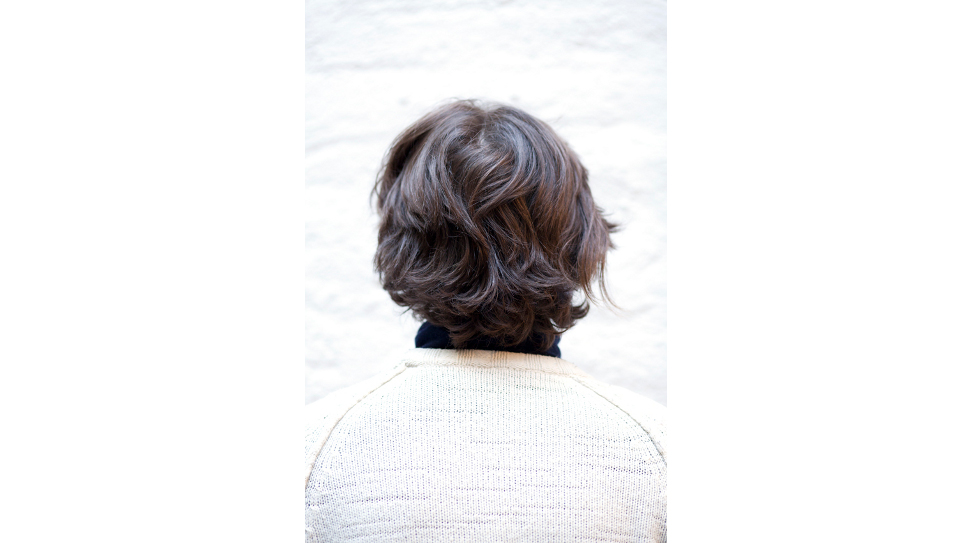 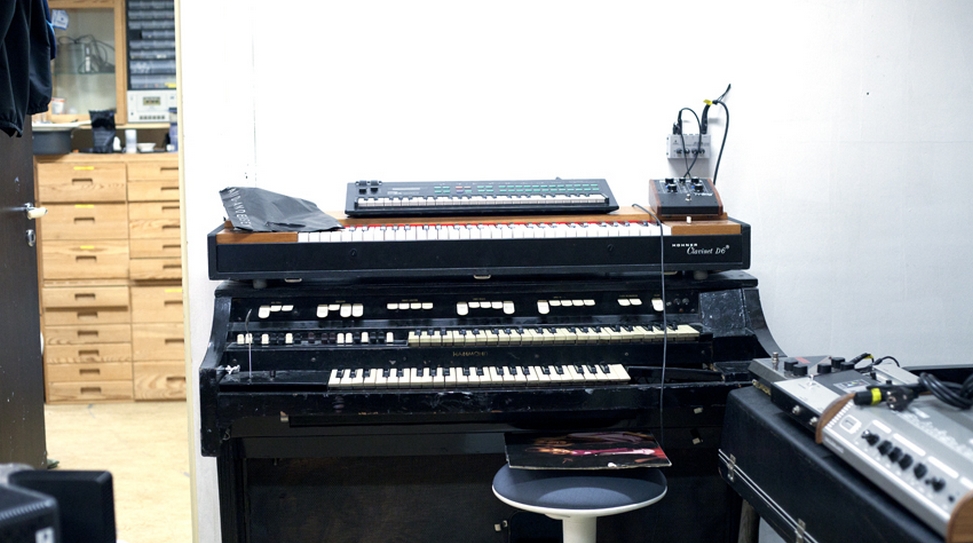 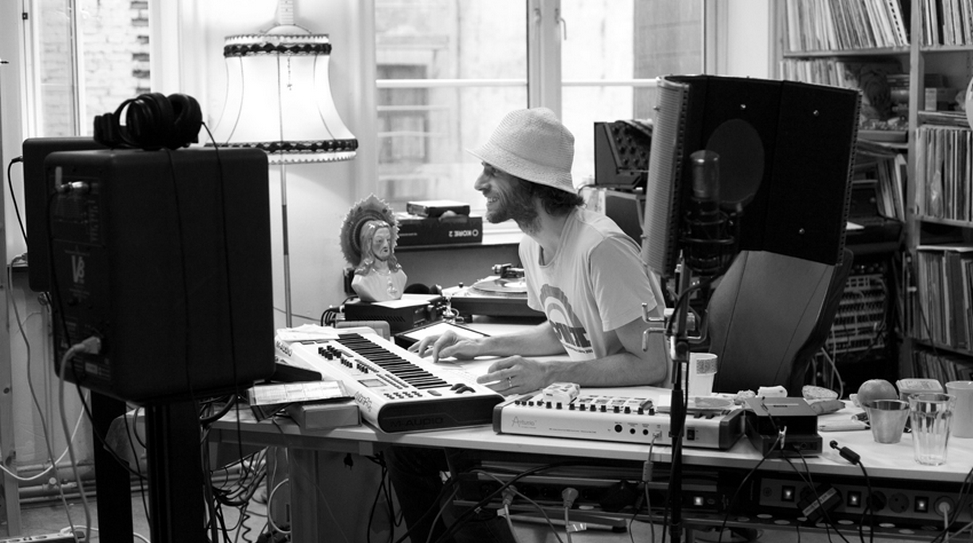 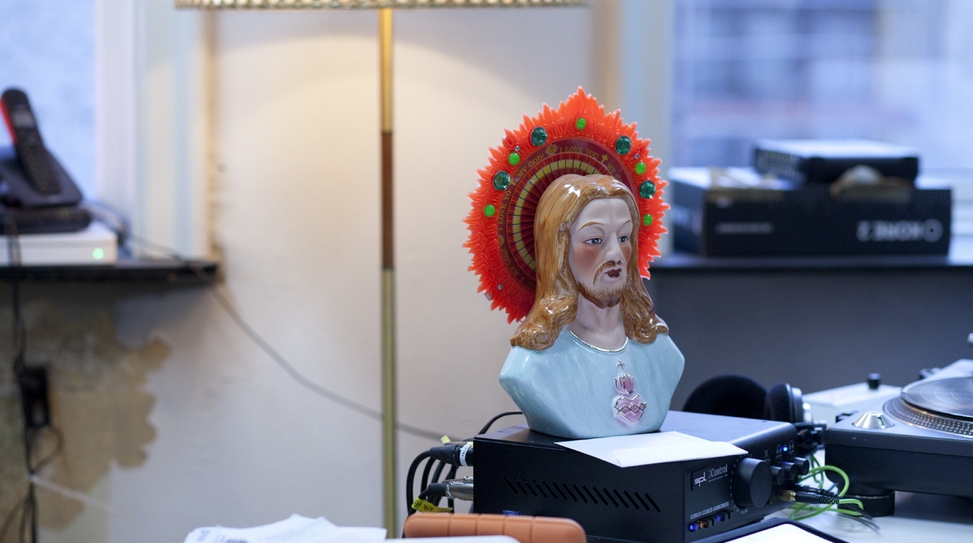 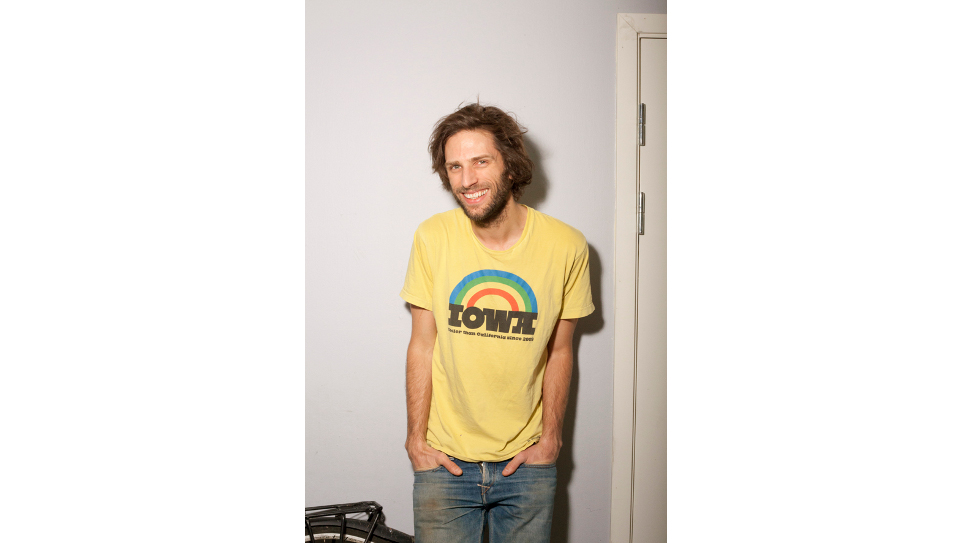 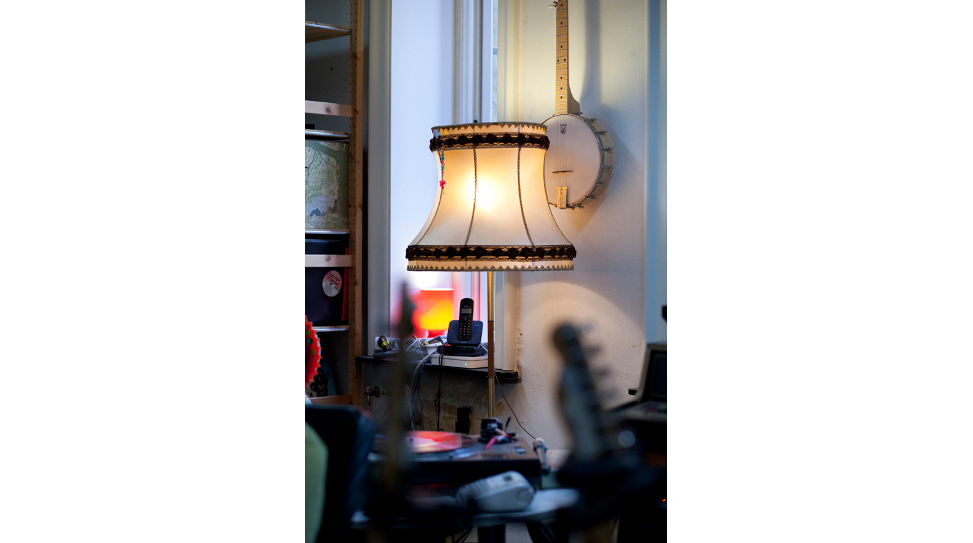 Over the course of his decade-plus-long career, Has-Peter Lindstrøm has not only evolved as a producer, moving from the Balearic house side of things into a more pop-oriented and avant garde arena, but has also managed to remain incredibly prolific. (Case in point: this year alone he’s dropping two full-lengths with, we’re sure, a few singles sprinkled about, too.)

Six Cups of Rebel is out tomorrow on Smalltown Supersound and to get everyone extra excited for the LP, we asked Lindstrøm to show us around his formidable home studio, the laboratory where all his spacey confections are crafted.

Flip through the photos above and read on for his commentary on what, exactly, you’re looking at in five of them.

3―What are these three keyboards? When did you get them? How often do you use them?

The small one on top is the Yamaha DX-100, famously used by Roger Troutman (Zapp) with his talk box … or did he use a Minimoog? Anyway, it´s a nice little FM thing that I just can’t seem to sell. [Laughs] Next one, in the middle, is the Hohner D6 clavinet, one of my all-time-favorite instruments. I got this one really cheap from a guy here in Norway―it’s one of my things that, in fact, is in very good shape. It even came with the original legs and a mint-condition plexiglass music-stand ! The big, black monster is a Hammond organ … I believe it’s an M-100, but I don´t really care―it doesn’t really sound very good, but, because of that, I love it! Especially those two reverb buttons on the right―they’re clearly malfunctioning. When I press both buttons at the same time, the whole organ starts to self-oscillate! And that’s probably the coolest thing with this piece of history. Funnily enough, I use the organ much more than any of the other two things. Actually, I tend to use the organ on a lot of what I’m working on, probably because of that self-oscillation defect. [Laughs]

4―What’s the keyboard in front of you? What are you working on here?

That’s just a regular MIDI keyboard. Nothing special, really.  It’s a white Axiom Pro 61.  It’s got some pretty good keys, and the kind of pitchbend/modulation wheels I prefer. Also, it’s got aftertouch, which is very important for me… I use this one for VST synths when working in Logic, my sequencer of choice.

5―What’s the story with this bizarre Jesus statue?

Well, a few years ago, my studio was filled to the brim with analog vintage synthesizers, drum machines, etc….  as well as flashing lights, neon junk from cheap stores in the neighborhood, and so on. But, one day, after realizing that I spent more time making sure that everything was working properly and maintaining all the old stuff, I just decided that I was going to throw out all the old stuff and get myself a new Mac and a simple MIDI keyboard again, just like as I used to work when I started making music in 2003 … anyway, the Jesus lamp is one of the few bits and pieces from my “old” studio that I decided to keep in my new studio. I don’t mind that my studio looks like an ordinary office space, but, nevertheless, it’s nice with a few items that doesn’t really fit in …

As far as i remember, I got it backstage at the Pitchfork festival three years ago or something. There was this table full of really cool T-shirts and I was allowed to pick as many as I wanted. But, out of fear of being too greedy, I just picked the Iowa one; I really like yellow tees and I like rainbows. Anyway, when I showed it to my friends later the same day, they were asking me why I really really got an Iowa tee. I don´t know why―I’ve never been to Iowa, but it sounds like a really cool place to me. [Laughs]

7―Where’d the banjo come from!? And that awesome lamp?

I bought the banjo first time I was invited to play in New York, seven years ago, I guess. Together with Prins Thomas and Brennan Green, we went to Sam Ash or something. I never really managed to sit down and actually play this thing as it’s supposed to be played. But it’s cool.