The festival’s “it girl” on her hip-hop influences, Latino stereotypes in Hollywood and her breakthrough performance as Filly Brown. 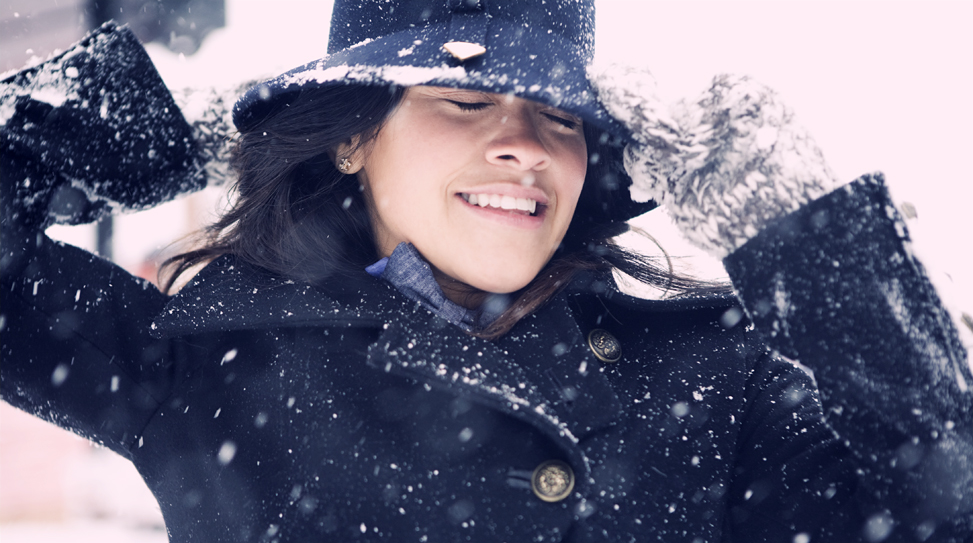 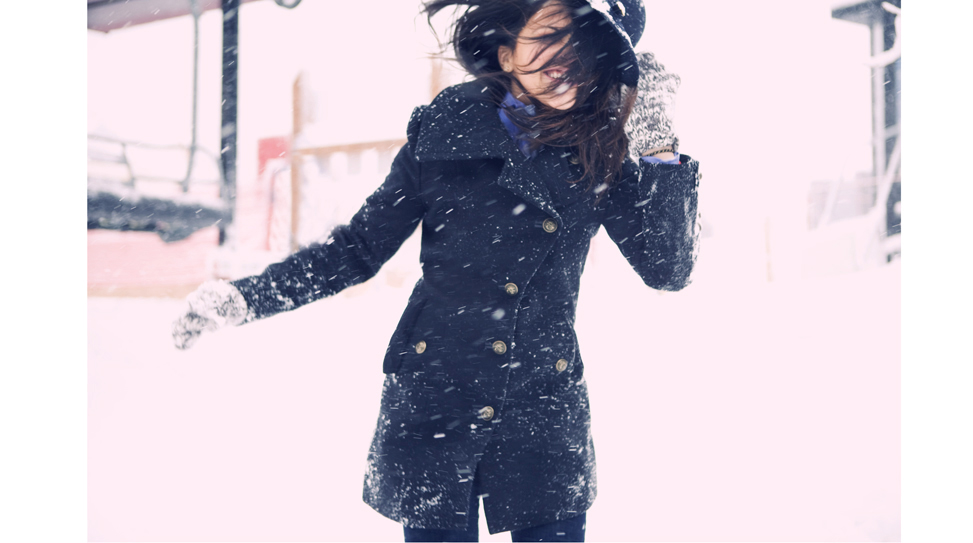 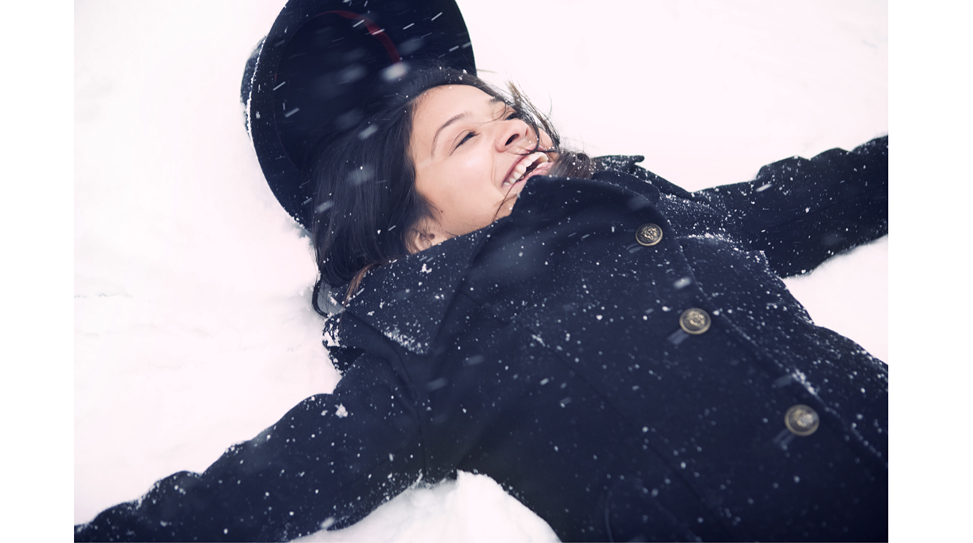 A virtual unknown, Sundance Film Festival’s latest “it girl” Gina Rodriguez gives a head turning, bare-knuckled performance in Michael Youssef Delara and Michael D. Olmos’ Filly Brown, which is part of this year’s U.S. Dramatic competition. It’s the story of Maria Jose “Majo” Tonorio, a.k.a. Filly Brown, a young Los Angeles hip-hop artist who spits from the heart. When a sleazy record producer offers her a crack at rap stardom, she faces some tough choices. For one, with an incarcerated mother, a record contract could be the ticket out for Filly’s struggling family. But taking the deal could also mean selling out her talent, not to mention the true friends who helped her to the cusp of success. Rodriguez is a fast-rising actress currently facing a challenge similar to that of then-unknown Michelle Rodriguez (no relation), whose knockout debut in Karyn Kusama’s Girlfight—the Grand Jury Prize winner in 2000—successfully launched her acting career.

Anthem pulled the festival’s hot ticket aside to discuss her history and future during Sundance. But mostly to play in the snow on Main Street…

You’ve been getting so much buzz for this film, even before Sundance started. How did that happen?

I have no idea how that came about. Everybody must be on crack. [laughs] I feel super blessed because you work so hard at your craft. I studied acting at NYU and I’ve wanted this moment for so long, even though I’ve had many wonderful moments up until now. But this is what it culminates to! You want your film at Sundance. For me, it’s two firsts. It’s one thing to have a lead role in a feature, but to have your film at Sundance—baller! On top of that, for people to say that your movie is dope and the LA Times running an article on me, it’s wild. I don’t need to get recognition for what I’m wearing or what I look like. I want people to look at my art and say, ‘Yo, you’re a baller actress.’ Filly Brown is a hardcore rapper, but people go back and look at my previous work and it’s like, ‘Wait, she can do everything.’

I have range! It’s not just about being this hardcore thug girl from the hood. I’m an educated, classically trained actress who can handle comedy and drama. I’m capable of working with someone like Quentin Tarantino and Woody Allen, and I want to do that. I want to be the lead in Christopher Nolan’s next film, you know? I can work it. [laughs] This feels amazing. It’s a blessing and I thank God every day for putting me on the path that I’ve been on. It’s unreal.

I spoke to someone on Sundance’s selection committee leading up to the festival to get some early impressions on new talent. You topped that list.

Oh my god, Kee! That just tickled my fancy. That means so much to me.

What does it mean to be a Latina actress in the film industry these days?

When I was growing up, I always wanted to be a performer. I was captivated by cinema and television, but I remember thinking, “These people don’t look like me.” I never saw anyone who didn’t weigh 100 pounds or didn’t have blue eyes. I didn’t see myself onscreen. I just thought, “I guess we didn’t exist back then.” While watching stuff like Casablanca, Gone with the Wind and The Sound of Music, I would ask my mom, “We didn’t exist then. When did Puerto Ricans come into play?” She was like, ‘What are you talking about, baby? We’ve always been around.’ And when I did start seeing our faces out there, it was always the pregnant teen, the hooker, the drunk girlfriend and the featured extra. I would love to be able to count the number of Latino actors with more than two hands. It doesn’t matter what the color of our skin is.

That’s a huge motivational force for you then. It’s about breaking stereotypes.

Yes! To be able to hit that platform where my voice is able to reach as many people as possible and putting a positive voice out there for Latinos. For young girls, I want them to know that they don’t have to starve themselves. You can look like a normal girl because it’s beautiful. You’ll be so beautiful on the inside that it’ll leak out onto the outside and people won’t be able to stop you. To be confident, motivated, strong, inspired and wanting to do good. My boyfriend and I are abstinent and that’s a very big part of our lives. There’s just more to life than, ‘Bang bang bang. Skeet skeet skeet.’ That’s something I want to project to the youth. It has been such a long journey fighting stereotypes. I’m not going to play the third chola to the left. I’m not doing it! If I have to pass on a day rate of $795, I’ll just have to miss out on that. I’ve been eating ramen noodles for the past 20 years of my life, so why not keep going? It has been very difficult, but I’ve gotten to a point where I’m seeing the doors open and I’m seeing the industry change. Now I just need to push it even harder. I have to break through that last screen door that Hollywood is afraid to break through.

What attracted you to the role of Filly Brown?

She’s vastly different than myself. She’s the matriarch in her family with a chip on her shoulder. As much as I’ve been like, “Yay! Go Latinos!” in this interview, I love to laugh and joke around. Comedy is my thing. [laughs] So the fact that Filly is so hard, cold, secretive and different from me was the attraction. And I’ve never rapped before! I’ve always been a big admirer of hip-hop—A Tribe Called Quest, Mos Def and Talib Kweli—and the people who made this movement to be a voice. It was very important for me to stay true to that. And knowing how competitive hip-hop is, I had to bring it. My father always told me, ‘You jump and God will be you’re parachute,’ and he certainly has been.

I was really shocked to learn that you didn’t have any musical background when you signed on for this film because so much of the performance rides on the music. How intimidating was it when you stepped into the recording studio for the first time?

They gave me a song four days after I booked the movie. They didn’t transcribe the lyrics for me. I think their idea was for me to get a sense of it and go meet the studio reps, but I listened to that song for like 8 hours and I transcribed the whole thing. I was in my room going, “Get it, get it. I got this, I got this.” [laughs] So I was prepared when I went into the recording studio. I’m all about preparation. I felt very confident when I walked in there that I could deliver the goods. When met with failures, it’s enough to know that you did your best and gave your all. Everything will fall in line. I just jumped right into it in the studio and I guess I have some flow in me! [laughs] I’ve been doing it for about a year now after we finished the movie in January. I’ve been in the studio with my amazing music producers, Khool-Aid and E-Dub, who have been so supportive. They harness this safe haven for me to find my own voice. I want to stay true to who I am in my music and send out a positive message. I loved Will Smith back in the day when he wouldn’t cuss or talk about anything nasty. I’m hoping that, when I make this transition into music a little more than I have, I’ll be able to have that kind of voice. But don’t get me wrong, I love Rihanna. All day every day, shake it out, shake it out! [laughs]

So you definitely plan on pursuing a career in music in tandem with film.

There’s so much pride in the Latino rap community. It has been a decade of them trying to break into the mainstream. Latino hip-hop is a very specific genre. How many Latino hip-hop artists are out there other than Pitbull? Daddy Yankee, when he was around, but that was more like raggaeton. It was very important for me to uphold the respect of that community and what they blessed me to do. I worked with Medicine Girl, Carolyn Rodriguez, Slow Pain, Chino Brown, Chingo Bling and Baby Bash. They’re amazing Latino hip-hop artists who’ve been doing it for 10 to 20 years. If I’m representing them, I have to come correct. I have to respect them, give over to that and know that I don’t know everything. I’m a very strong woman, but there are times when you have to step back and realize that this isn’t your field.

Honor what has been done.

Absolutely. You just try to do the best you can and be a pivotal voice in that community. It’s all about keeping the respect and knowing that they’re being represented correctly. That was a big challenge.

There were two directors on Filly Brown. Did that complicate things for you as an actress?

I thought having two directors might complicate things a little bit. How do they work together? Do they share the same vision? At first, each of the directors would come up to me and say something different. But, for the record, I just want to say that they’re both brilliant. Michael and Yussef will literally turn your movie into gold. They will turn your acting into gold. They gave me such an extensive backstory for my character. I’m going to work with Michael again almost right after this. We’re working on a biopic about a boxer. My father’s a referee for boxing, so I grew up boxing. It’s a father-daughter story, so it’s really close to my heart. I also got offered a role in Yussef’s next film called Snapped and I just accepted that. I’m so happy to be working with both of them again.

Where would you like to take your career from here on out?

Acting definitely takes precedence over music because that’s what I went to school for. But who knows what happens in life? I definitely want to pursue music. I’m working with Silent Giant, the music producers from Filly Brown. There are agencies interested in signing me for music. I would love to do soundtracks. I definitely want to do some voice-overs. If any big producers are reading this, I know you’re making Despicable Me 2 and Rio 2. [laughs]. I want to collaborate with the directors and actors that I love.

Another thing about this buzz surrounding you at the festival is that it’s not solely centered on your acting chops. With this breakthrough, there’s potential that we’ll be hearing you on the radio very soon.

We just had a Youtube video hit today. I did a little feature on another girl’s song. They contacted me after hearing a few of my songs and asked me to feature on her single that’s just coming out. It’s really fun! It’s a party song. It would be nice to keep collaborating with different artists. And yeah, you’re going to be hearing me on the radio! [laughs] Positivity, right? It’s going to happen. When it happens, you call me up and tell me you heard it.