The acclaimed director on his latest film, Red Lights, the meteoric rise of Elizabeth Olsen and his philosophy as a filmmaker. 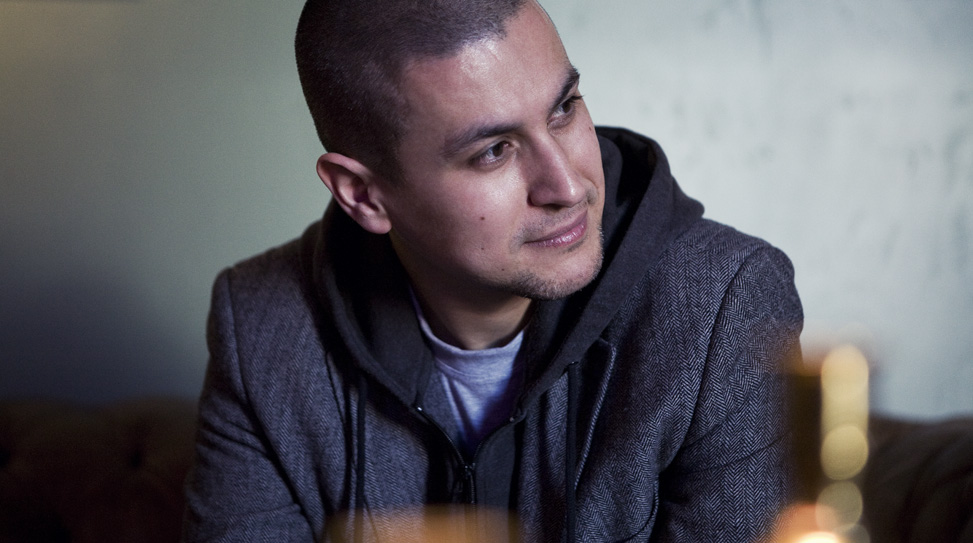 Our brain isn’t a tool that we can trust in order to pursue reality because it’s an imperfect tool. It lies to all of us.

In Rodrigo Cortés’ follow-up to his 2010 Sundance hit Buried, two investigators of paranormal hoaxes, the veteran Dr. Margaret Matheson (Sigourney Weaver) and her young assistant Tom Buckley (Cillian Murphy), study the most varied metaphysical phenomena with the aim of proving their fraudulent origins. Simon Silver (Robert DeNiro), a legendary blind psychic, reappears after an enigmatic absence of 30 years to become the greatest international challenge to both orthodox science and professional skeptics. Tom starts to develop an intense obsession with Silver, whose magnetism becomes stronger with each new manifestation of inexplicable events. As Tom gets closer to Silver, tension mounts, and his worldview is threatened beyond the boundaries of reality.

Red Lights, which debuted in Sundance’s Premieres section, has been acquired by Millennium Entertainment.

Buried was a huge Sundance success story when it premiered at the festival in 2010. How does that experience measure up to the one you’re having now with Red Lights?

It’s different in so many ways because I appeared out of nowhere with Buried. People didn’t have any expectations with that, which is a very healthy way to make an introduction. [laughs] Now they know me and I have to live up to the expectations with Red Lights. I just have to deal with that fact. When you find a certain level of success, there will always be pressure involved. In a way, it’s nice to be in that kind of situation since it means you’re growing in your field. On the other hand, when you watch a film years later on DVD, it’s all about the movie itself and not about the person seeing it for the first time at a festival like Sundance.

I’m from Spain. I never studied cinema at all, which you’ve probably noticed.

[laughs] I wanted to make movies since I can remember. I started out making short films like most filmmakers. I asked for loans and got some money from friends to get my start. After I won some awards, I was able to pay everything back. I made my first film called The Contestant and it went over well in Spain, but you probably don’t know about it since it didn’t get released anywhere else. When I was writing Red Lights and trying to get that off the ground, I was given the possibility of working on a project that had literally never been done before. It was easier to put Red Lights together than Buried. It was easier to get the cast. Actually, I prefer to say it was faster than easier.

What are your thoughts on film school vs. training yourself?

I don’t think there’s a right answer for that. I think surrounding yourself with other people who have the same interests as you is really useful whether they’re teachers or filmmakers. At the end of the day, you’re always self-taught. You shouldn’t simply accept certain “rules,” you should explore and understand them in a deep, profound way on your own terms. You have to understand why certain things work and other things don’t. What do you have to do to get a certain effect? You can only get at those kinds of things if it’s an inner process. You have to pull things from your personal life in order for it to be genuine.

What inspires you? Let’s talk about your influences.

It’s hard to describe. My favorite genre as an audience member is good films. They could be a horror movie, philosophical or a documentary. It’s never about the “what,” it’s about the “how.” I guess I’m interested in taking certain risks in my approach as a director. If something doesn’t sound totally logical or safe, I’m attracted to that. If something seems safe, there’s a good chance that I won’t like it. I like being provoked and scared. For example, when I did Buried, there was a feeling that it would be impossible to pull off. That was attractive to me. I had a 99% chance at failing at it. As a director and an audience member, I want to see how things apply in the real world, the secret mechanisms that inform your decisions. Red Lights is about our mechanisms of perception. Our brain isn’t a tool that we can trust in order to pursue reality because it’s an imperfect tool. It lies to all of us.

How did you assemble this amazing cast?

I got really lucky. I still wonder how I got these people because I certainly don’t deserve them. All directors have a wish list like when you write to Santa Claus. You know you’re going to ask for an electric train and get socks. [laughs] This time, I got the electric train. I guess they really responded to the script. My big obsession was getting the best available actor for every character in the story. I wrote the role for Sigourney [Weaver] with her in mind. I had no idea that she would say ‘yes.’

That’s the danger of writing a script with someone so specific in mind.

Absolutely. I knew I would be in trouble if she said ‘no.’ Thank god she wanted to do this film! It was the same thing with Robert [DeNiro]. I thought he would pass on the offer. Why would he say ‘yes’? I cast Lizzie before she broke out with Martha Marcy May Marlene. I had no idea who she was when she auditioned. She was simply the best actress that came in for the part. I could’ve never predicted that she would become such as big deal. That goes for Craig [Roberts] as well. He’s brilliant. Cillian [Murphy] is brilliant as well. What else can I say? I needed an actor who was capable of being both good and evil. He’s like a boyscout at the beginning and then becomes disturbing in so many ways.

He can transform himself with just a look.

Going back to Lizzie for a moment, who we collectively birthed at Sundance last year, what is it about her from a director’s standpoint that’s so attractive?

When someone shines like that, you can’t help but notice it. You just walk towards the light! [laughs] It’s as easy as that. When I saw Lizzie reading my text, it wasn’t my words anymore. She became that character through an inner process that was organic and emotional. That’s what performance is all about for actors. You suddenly see someone being instead of pretending. With Lizzie, you could be the first director or the tenth director to see her talent. It’s just a matter of timing and luck. Lizzie is not only beautiful, but she really—I’m sorry, what’s the past of shine?

Shone. [laughs] That’s what I saw from Lizzie on this film. She was the one and it’s as easy as that. We got really lucky when she broke out because we already had her.

What’s your overall philosophy as a director?

Directors are bullshit detectors. When it comes to working with actors, that’s the only thing I care about. I want to get to the truth and find the right rhythm in their performances. You have to find something that’s real and build a platform where the actors feel at home. A director has to be very aware about what they really want.

It’s like an intricate puzzle. You’re piecing things together for everyone else.

Exactly. The director has the map, for better or for worse. You have the entire movie in your hands. That’s your biggest challenge. It’s your job to guide everyone and let them know where they’re at any given moment.

Now that you’ve introduced Red Lights to the world, what are you working on next?

My next film is something that I’ve been working on for the past two years. I finished it about 15 days ago. For the first time in a long time I feel like there’s room in my head for something new. I don’t know what yet, but I’ll start thinking about it as soon as I leave all this snow behind.