Tomas Alfredson’s "Let the Right One In"

Anthem sits down with Swedish filmmaker Tomas Alfredson to discuss Let the Right One In. 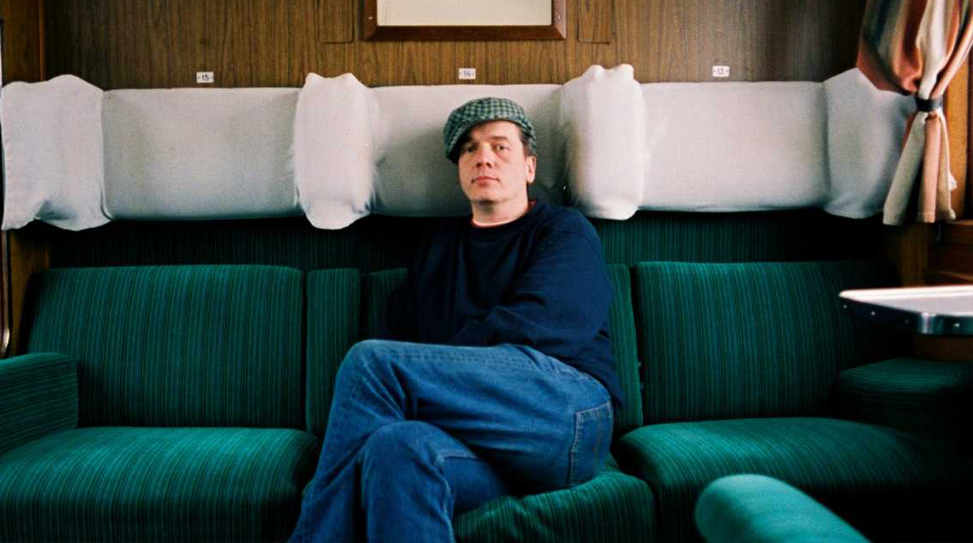 Tomas Alfredson fuses seemingly mismatched elements together to create a whole that is both powerful and seductive in his latest feature, Let the Right One In. Based on John Ajvide Lindqvist’s novel, the film tells an intimate love story between Oskar (Kåre Hedebrant), a mousy twelve-year-old boy, and Eli (Lina Leandersson), an ageless vampire frozen in a child’s body. This remarkable gem of a film succeeds in breathing new life into the vampire subgenre, and it’s all the more compelling considering Alfredson’s self-proclaimed disinterest in vampire mythology. Anthem caught up with the filmmaker last Fall in Los Angeles to discuss his directorial process, the concept of fear, and the inspirations that shape his unique voice as a filmmaker.

The film is available now on DVD―though, as Vulture reports, some of those subtitles may have been lost in translation.

What kind of techniques did you employ on your child actors to pull such beautifully textured performances out of them?

I didn’t let them read the screenplay. I read it aloud to them so they would hear me say the lines in a certain way. Child actors don’t go into character. They go into specific situations. You cannot say to a child, “You are very angry at your father”. You can say, “You are very angry at your father in this specific situation”. You can say to a grownup, “You are a very sad person” or “You are a very intelligent person”. To a child, you have to put them into very present situations like “You are hungry now” or “You are tired”. Then I have to make conclusions and put the things together, which is like a puzzle. In each specific situation, I try to give them as much as possible to work with such as influence or ideas that will make them feel more comfortable. But the whole thing— you really cannot communicate to a twelve-year-old. You probably wouldn’t shoot scenes in sequence either, so they wouldn’t be able to handle that kind of responsibility. It’s a very different technique.

It’s always a bit surreal when children give such stern commitment to their characters and then you watch the behind-the-scenes footage where they are running around maniacally on set being a child again.

Yes, but it’s important to keep them playing on the set.

Could you describe the casting process?

It took a year to find Kåre and Lina. We don’t have professional child actors in Sweden, so we had to hold open castings. We went all over Sweden to find them. It was very hard. It was the hardest casting process I’ve ever been through.

There are unsettling moments of gore and violence in the film, but it is very quiet for the most part. What role does silence play in the film?

Silence is very important. The visual work with framing is very much about not showing things. Framing out certain elements call attention to it, which keeps the viewers involved. It’s the same with silence. If you have a wide shot over a city and you just hear a bird, your eyes will immediately scan over the frame to find the bird. Maybe the bird is coming in the next scene; a close-up of a bird in a cage. You can work with silence to bring certain things across. If you fill the entire soundscape with effects, atmosphere and music, you can hide yourself as a filmmaker. But if you put up just one voice, one bird, or any one thing, you are being brave because you are saying something. You are sort of making an argument.

Also, when the Swedish winter comes and it strikes hard, it becomes very silent. It’s like having a fur hat over your ears. It’s very special when fresh snow is all over the place. That is also something quite scary— the silence. It really frames out the things that you put up and you get very close to the characters. In the film, you can hear the tongue in the mouth moving, and in one scene, you can even hear the eyelids opening and closing. You become very close to the children.

Are you personally a fan of the horror genre?

I cannot say that I’m against it, but it hasn’t interested me a lot or influenced me. So this was a new world for me to explore. John Ajvide Lindqvist taught me a lot and I had to call him up with things like, “What about this garlic thing?” or other questions about the vampire mythos. So this was quite new to me.

This is obviously not your run-of-the-mill horror film, but it does seem to build on existing horror conventions. Maybe you were better equipped to bring a fresh perspective on things since you were not so much into the genre going in.

What do you think is the most effective method in cinema to breed fear into the audience?

I think fear is something that you feel before the actual thing happens. Fear works in your mind when you are imagining things. Behind that curtain— is there something standing there or is it just a pair of empty shoes? If there was an actual person coming out from behind the curtain, that wouldn’t be so scary. So I tried to do that by playing with things that turn on your imagination. I think that a lot of entertainment today is a kind of monologue. I’m much more interested in having a dialogue with the audience and suggesting things to the viewers. You have a much stronger impact on the audience when they are active participants and you suggest things. The audience will make the worst images themselves.

I viewed the domestic trailer that they released over here in the states and it seemed like they were marketing a different movie altogether. What are your thoughts on people who try to box this film so much into the horror genre?

Well I do not wish to be thinking commercially about my work and these are aspects that I really cannot say anything about. I feel the same way when I see the trailer— it’s another film. But I really cannot argue with those people who make these decisions. I’m not a salesman and I don’t know anything about PR. I just try to do my best as a filmmaker. This is another train running on another track— this marketing business.

What attracted you to John Ajvide Lindqvist’s novel?

I think it was the story of the bullied boy. It is so unsentimentally told. It’s very dry. It doesn’t push you into having this thought or that feeling. It’s very down to earth as well, apart from the vampire elements, of course. I loved it.

Are there any moments in the novel that you personally believe to have worked better cinematically?

I wouldn’t want to make comparisons, but there are moments and things in the book that we didn’t want to show in the film. One big thing we left out is Håkan’s identity as a pedophile. That’s a topic that is very hard to do something with in cinema. You have to take a big responsibility if you bring that up. I think filmmakers use that as an effect nowadays. In the book, there is also more gore and Håkan comes back to life as a vampire. We concentrated more on the love story for the film.

Håkan and Eli have a very interesting dynamic in that I could never really figure out their formal relationship. At first I assumed that it was her father or maybe an uncle…

It’s left open, but it’s suggested that maybe he is an old lover that Oskar will become in fifty years. He will become this old blood provider for Eli. So maybe she is in this part of her life where she is changing blood providers. But it is up to you to decide.

It’s definitely an effective tool in creating that dialogue you were talking about earlier by not being so specific.

The color palette is very controlled throughout the film. What kind of a collaborative atmosphere did you nurture in order to create that strong unity between the cinematography, art direction, and costume design?

We were trying to find a color scale that was interesting. It’s set in 1982 and if you look at early 80s fashion… I hate it because I was young back then. I know that early 80s is very hip these days, but… I was trying to find this color scale in a beautiful way because I wanted to make a beautiful film. Hoyte Van Hoytema (the cinematographer) and I were studying a lot of art to find a reference with a good color scale. We found a painting by Rafael in The Sistine Chapel, which represents the color scale of the film. So that really holds it together. All the departments had this picture to look at and to match the props, the clothes, and so on. Hoyte has a painter’s eye. His lighting is very delicate and he used very special techniques to get this very soft light.

Yes, he is a master.