The psychedelic pop outfit from Oslo on their nerdiest equipment fetish, choice vice, and who they would marry/fuck/kill/handhold. 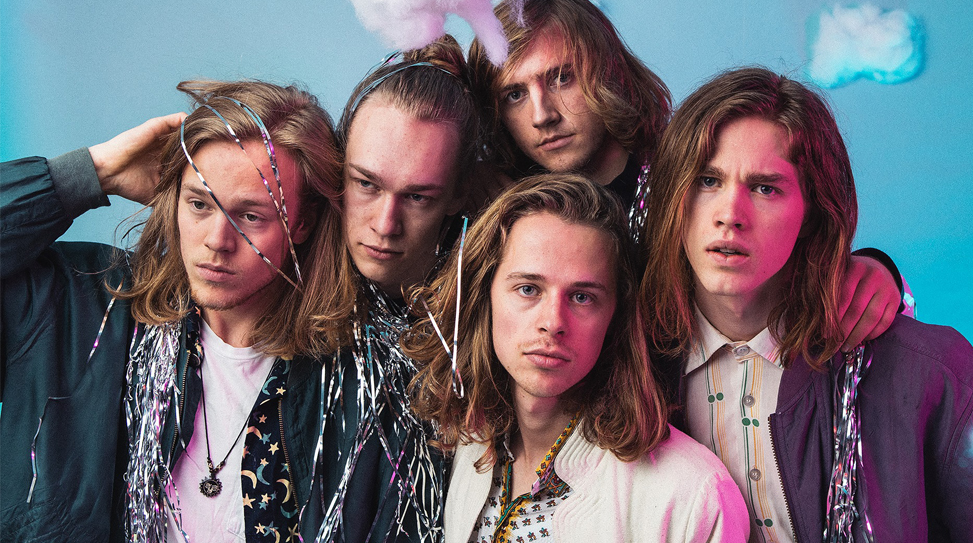 [Slow Hands] reflects on our adolescence, growing up, and slowly moving on into adulthood.

These guys are fresh out of high school and still occupying that awkward space between youth and adulthood. The quintet’s promising debut album, Slow Times, is exactly about that: “Our album reflects on our adolescence, growing up, and slowly moving on into adulthood. It’s a difficult time, learning about your place in the world, what you want to do and how you spend your time, and the sacrifices you have to make to get to where you want. It’s an album by youths, for youths.”

What started out as a fun project among close friends in 2013, Iffy Orbit is getting more notice these days on the Scandinavian scene, playing Norway’s premier music festival Øyafestivalen this summer and filling opening slots for the likes of Twenty One Pilots and The Wombats stateside.

This hair band just released a new single, “Not Good Enough,” appropriately about trying to live up to others’ expectations. Galactic synths, interplanetary sounds, interstellar—the press release gets a little funky, but we can say with a lot of confidence that, not only is Iffy Orbit good enough, they’re pretty darn great. The 10-track album’s closer “No One Else to Blame” is another standout.

DESCRIBE YOUR SOUND IN TWO SENTENCES: Holy shit, man. What the heck?

FAVORITE NIGHTSPOT IN THE CITY YOU CALL HOME: Bærum Bowling

EMPTY THE CONTENTS OF YOUR POCKET: Plectrum, earbuds, snus, phone

BEST LYRICS OTHER THAN YOUR OWN: “Little Bit” by Lykke Li, “Happy” by Mitski