WAVVES offer their choices for karaoke songs and reveal their favorite way of playing Monopoly. 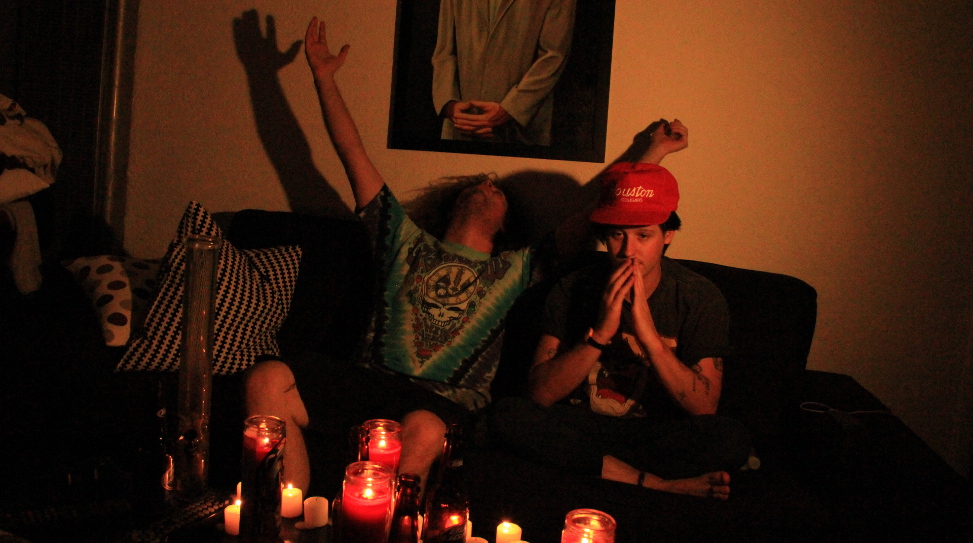 WAVVES arrived on the music scene a few years ago in a burst of noise and snot, mixing distortion with shout-out-loud pop―and with much attitude to spare. Amidst bar fights, a public meltdown and even a little indie rock romance, WAVVES properly claimed the hearts of both critics and punk rock fans with their sophomore album, King of the Beach, a restless effort that simultaneously proved the band could clean up their act but also continue to wreak havoc, all in one breath.

Originally consisting solely of frontman and guitarist Nathan Williams, WAVVES recently inducted bassist Stephen Pope (former member in the band that accompanied the late, great Jay Reatard) as a permanent member. Pope sat down to answer our barrage of questions on life in the band.

FAVORITE NEIGHBORHOOD HAUNT: The Royal Liquor store on the corner of Sunset and Lavetta

PERSON YOU MOST ADMIRE: Stephen Colbert

MOST MEMORABLE SHOW YOU’VE PLAYED: When we played on the Weezer cruise in the middle of the Gulf of Mexico.

FAVORITE FOOD TO EAT ON THE ROAD: Pizza

SOMETHING THAT’S ALWAYS IN YOUR POCKET: A rubber edamame soy bean thing that Ben, the drummer for the Magic Kids, gave me.

FAVORITE BOARD GAME OR APP: Monopoly 100-percent, but you have to be gambling.

LAST GREAT BOOK YOU READ (OR MOVIE YOU SAW): I dont know how to read, but the Muppets movie was awesome.

YOUR HOUSE IS BURNING DOWN AND YOU HAVE 30 SECONDS TO GRAB SOMETHING. WHAT ARE YOU TAKING WITH YOU?: My taxidermied boar’s head and my Pee-Wee Herman dolls.