A sit-down with the bright-eyed Israeli-American actress who wowed us with her powerhouse performance in Julia Loktev’s The Loneliest Planet. 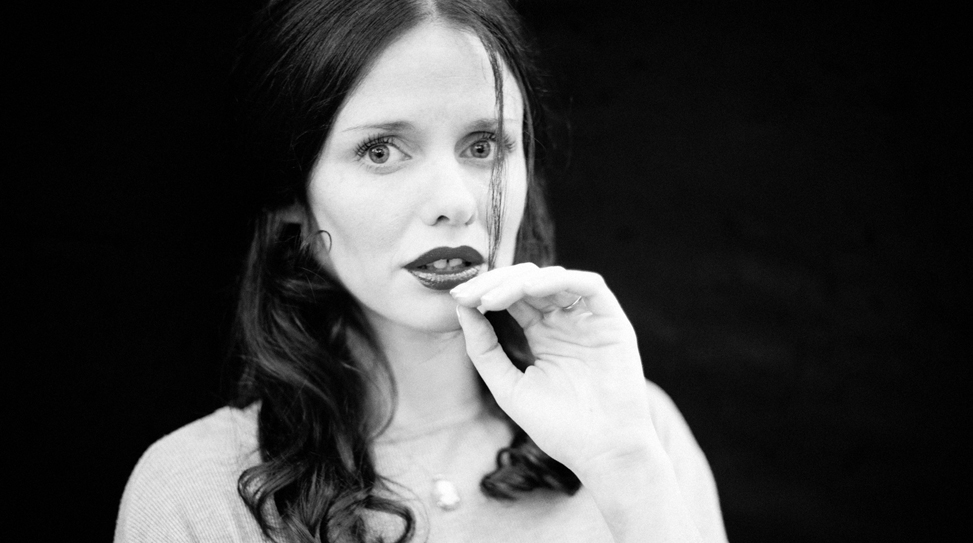 Being in the mountains surrounded by animals, mostly, for two months was an appealing proposition.

One of the great joys of covering a film festival is, without question, the discoveries that are made. We’re at the 2011 New York Film Festival to witness the promising directors and stars of tomorrow—today. Director Julia Loktev certainly knows a thing or two about discovering new talent herself. Anthem featured Luisa Williams, the star of Loktev’s Day Night Day Night in our Fall 2006 issue. We’re as equally impressed by Loktev’s latest find in Hani Furstenberg, who gives an astounding performance in The Loneliest Planet, which makes its world premiere at the festival.

The Loneliest Planet tells the story of Nica (Furstenberg) and Alex (Gael García Bernal), a loving couple on a hiking trip in the Caucasus in Georgia, an incredibly scenic and mountainous region at the border of Europe and Asia. Led by a charismatic tour guide named Dato (Bidzina Gujabidze), it’s on this intimate journey where a split-second decision made by Alex proves horrifying to Nica, conjuring an abrupt series of impenetrable, stony silences.

Anthem recently sat down with Furstenberg to discuss her career in film and music, and The Loneliest Planet.

How did you get involved with The Loneliest Planet?

Initially, Julia [Loktev] was looking for a non-American male actor to play Gael’s [García Bernal] part. She was looking for a strong man that also has a softness to him. Naturally, people were telling her to look at Israeli films with Israeli men. [Laughs] She just so happened to see this one film that I was in and said, ‘Maybe I can change it so the girl is non-American.’ She reached out to me online when I was in Cleveland with a theater production playing Ophelia in Hamlet and asked me to come to New York to meet her. I went to her loft in Brooklyn and she basically spoke to me for about two hours while filming me. That’s basically the story.

Were you born here in the States?

Yes. I spent most of my life in New York, but I spent many years in Israel since I was 16, so it’s sort of an on-and-off kind of thing between Israel and New York.

Why was it important to Julia that Nica and Alex have an ethnic background?

She didn’t want the story to be about Americans going to a foreign place. I don’t think she wanted that to be the crux of the story. She really wanted it to be about a worldly couple that comes from different places that happen to travel a lot.

And what attracted you to this project?

The script was so different from any other script that I had read before. It was thirty-five pages of descriptions of what was going to be happening and that was very interesting to me. I felt like it was going to be a different kind of film. Later on, before we actually started shooting, I got a different version of the script, a more conventional script that we’re all used to seeing. And the prospect of going to Georgia, a place that I’d never been to, excited me. Being in the mountains surrounded by animals, mostly, for two months was an appealing proposition.

You were thrown into this no man’s land. Where did you sleep?

We had different places to stay in this little village in the mountains. We’d wake up at like three o’clock in the morning and hike for two hours in the dark to get to where we were going to be filmed hiking. It was a hiking extravaganza! [Laughs] We slept in tents most nights, got drunk on cha-cha with all these Georgian toasts and then they’d film us hiking again in the morning. It was a very intense experience.

Are you very athletic in your personal life?

I’m definitely not a hiker! [Laughs] I actually turned to Julia at a certain point and said, “People do this for fun? I just don’t get it.” I’ve hiked in forests and waterfalls—I just came back from Ithaca, which was really nice—but hiking up a mountain and needing to get to a certain point, that whole thing I wasn’t quite familiar with.

Julia is very specific in her intentions when it comes to cinematography, sound design and editing—everything, essentially.

She definitely has a very specific vision and we’re essentially there to bring it to life.

Was there any room for improvisation on set?

That’s something that comes up a lot, the question of improv with this film. When you see us for the first time, the camera’s just following us around, you know? It was much more thought out than it looks, I think. There was a lot of ‘Let’s see what you guys want to do and see how this works with the camera rolling’ sort of thing. There were big rehearsal periods before every shot, so it was all very planned out.

It seems deceptively simple, but one of my favorite scenes in the film is where you’re walking across this beautiful landscape—the scene with the rock in your boot.

It looks otherworldly, for sure. Even something like that was scripted?

Oh yeah. We did many takes of that.

I know she was looking for Georgian actors, but then she found this non-professional actor who was perfect for the role. He didn’t want to participate at first, but his kids basically taunted him until he said, ‘Yes.’ [Laughs]

What sort of roles are you personally attracted to, generally speaking?

I’m really attracted to character roles. I’ve played such different characters throughout my career. My career was obviously more Israeli-based until now and I’ve had the immense luck of working with the best directors that I could ever imagine working with. The way that I’d like to see my career unfold is, I would love to be able to—as I feel as a person having two homes, Israel and America—have a profession in both countries so I can live in both places. I just want to continue playing really different characters. I love physical things, using my body in different ways, using my voice in different ways and all that kind of stuff. Now I’m working on my music as well, which I hope will go somewhere. I’m a singer-songwriter.

What kind of music do you make?

I never know how to answer that question! [Laughs] Art is really hard thing to put into categories. My music is written on the piano. I can tell you who influences me—Fiona Apple, Joni Mitchell and Carole King.

How did the acting bug get you?

My mother’s an actress and a singer, and my dad used to be a producer. I always wanted to be a singer and that was my thing. When I was ten, I joined the church choir and my parents would attend mass every Sunday to see me sing. Then I auditioned for LaGuardia Arts High School and got accepted into their vocal and drama program. I signed up for vocal but, at the last minute, my dad convinced me into going into drama. So I went into acting and fell in love with it. That’s where my path led me. It’s the past two years, I guess, where I’ve been going back to music.

You should do a musical.

I love musicals! Since I’ve been checking out Broadway shows since I was little. It was amazing to see actors as this instrument that uses every part of themselves— moving, singing and acting so amazingly. It still amazes me and sends chills down my spine when I see things like that. I’m waiting to see The Book of Mormon and hope the tickets will get cheaper—maybe? [Laughs]

This is something I ask actors quite often. What is it like to see yourself onscreen? What are you normally thinking about during the screenings?

The whole movie hinges on a single incident that changes the dynamic between Nica and Alex. What’s your take on that pivotal scene?

It’s a big problem. [Laughs] I can’t really tell you. I want to reveal things, but I feel like they’re going to ruin the surprise. Let’s just leave it at that.