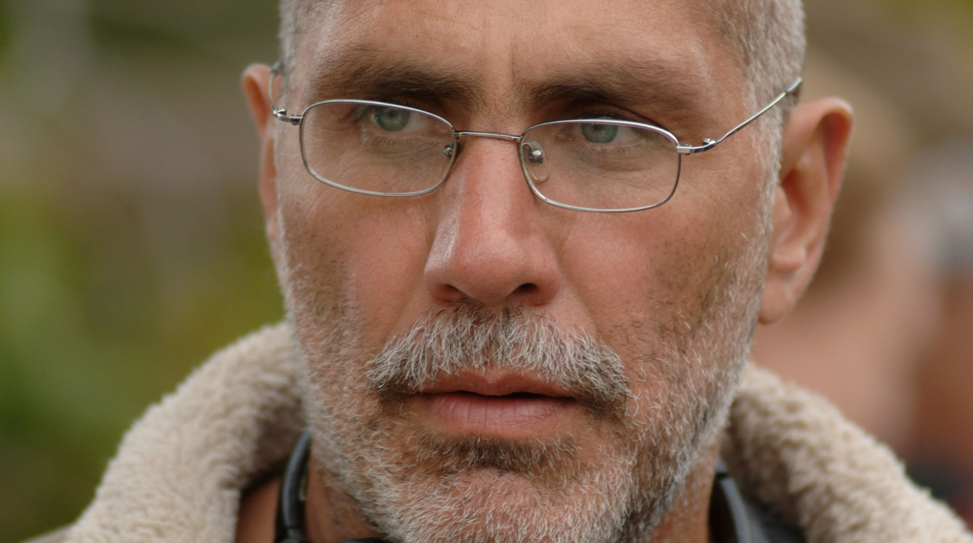 Guillermo Arriaga, the Academy Award nominated scribe who brought us Amores Perros, 21 Grams, and Babel, carved a successful career out of painting broken worlds that are inhabited by volatile characters on the brink of self-destruction. In his directorial debut feature, The Burning Plain, Arriaga employs his signature non-linear narrative structure in which four tangential storylines revolve around a fatal trailer explosion in a desolate wasteland. An oversexed restaurateur is unable to shake her mounting guilt after abandoning a child. In Mexico proper, a young girl witnesses her father’s death in a crop-dusting accident. Meanwhile, the illicit affair of an impassioned couple in New Mexico threatens the well being of their respective families. In true Arriaga fashion, the searing drama is an engrossing meditation on afflicted relationships, crimes of passion, and the beast inside all of us that’s capable of doing terrible things to one another.

It’s my understanding that you don’t like to outline your screenplays.

This is surprising to me because the narrative structures can get quite complex in your films.

I’ve been going against the rules of screenwriting. I never make an outline and I never do any kind of research. I don’t know anything about my characters and I don’t know the ending when I start writing. I have a vague idea of how things are within the concept. My process is to basically write on pure instinct. The way you see the films is literally the way I wrote them. It’s impossible to write a film like this in a linear pattern and cut and paste at the end. When you’re writing one story, you have to know where to stop and jump to another one. That’s basically the way I work.

What inspired you to write The Burning Plain?

It’s many stories rolled into one. When I was a kid, I remember playing out on the street and someone saying that there was a fire. When we got there, we were told that there were people burning inside. This completely shocked us. There was another incident where I was in a pickup truck driving in a field and a low-flying crop duster almost crossed paths with us. I also remember hearing about two hunters, both married men, who were having a love affair in a trailer home in the middle of nowhere. Using the excuse of going hunting, they were engaged in this passionate love affair. All of these stories began coming together slowly.

So everything you write is informed in some way by memories and your own life experiences.

Would you ever adapt a novel for the screen or write something wholly fictional?

I’m not very good at it. I tried it a couple of times and they were bad. [Laughs] My writing is very personal. These are things that have either happened to me or things that I’ve heard that are close to my life.

You work with Alan Page who translates your screenplays into English. What is that collaborative process like?

English is not my native tongue. I’ve written some stuff in English before, but I feel more comfortable writing in Spanish and having Alan translate. We discuss everything together, especially the specific dialects. Sometimes he’ll say to me, “That’s not the way we say it in America” and I tell him, “I don’t mind it, it’s going to be like this.” He’s a very talented man. He’s a poet. He received his Ph.D. in English Literature from NYU. He’s very young. He’s been working with me since he was 20 and he’s now 30.

There are obviously words that exist in one language that doesn’t translate very well into another one and times where a certain word doesn’t exist at all in another language. Can you recall any instances of that happening when Alan is translating your screenplays?

Yes, there’s a lot of that. But I always try to find the right word. I always try to make the dialogues feel natural and make the audience believe that these things could happen in their country. I wrote a Japanese segment in Babel without ever having stepped foot in Japan before. Japanese people have told me that they feel what I wrote is real and authentic… Americans too.

It’s interesting that you confront these kinds of issues during the writing process because Babel was so much about the unintelligibility of language outside set cultural boundaries.

Yes, but what I’ve learned is that human beings have much more in common than you think. We share a lot of the emotions that we once thought were not going to be the same across all cultures. Everything—the fear of death, the importance of love, feelings of guilt, and how you deal with circumstances—is very common between cultures.

Did you have to deal with any industry politics when you were making a transition from screenwriter to director for the first time with this movie?

No. First of all, I need to mention the generosity of the Hollywood community. There was not a single moment where they questioned the fact that I was Mexican or a first-time director. They were always there to support and fight for the film. I personally faced no obstacles, so I have no complaint in that sense. Everyone supported me from the very beginning.

Were you writing the screenplay with the intention of directing it yourself?

I had no idea that I was going to direct it. I wasn’t attached to it as a director. I sold the screenplay to Walter and Laurie [the film’s producers]. But when they started pitching it to certain directors, I said, “No, he’s not going to understand this movie!”

Which directors were they pitching to?

The film features A-listers and a bunch of unknown talent as well. What were you looking for in terms of the dynamic of your cast?

For the protagonist, Sylvia [Charlize Theron], I needed an actress who was capable of saying things without being over-the-top. The more I thought about it, I wanted Charlize and began pursuing her. When she arranged for a meeting, I knew that was my opportunity. We were supposed to meet for an hour lunch, but we spent five hours talking. I told her, “You can’t leave this room until you say ‘Yes’ to this project.” With Charlize, you begin to build the human landscape of the story. You need someone who looks like her mother, someone who looks like her daughter, someone who you think she’ll marry… That’s how I slowly built the rest of the cast. When you cast someone, it’s not only a question of their talent—it’s how the person moves, how they look, how they feel, how they manage their space, and what their “tastes” are. For example, Jennifer Lawrence has great taste. It was all about how she delivered her lines, where she was looking, and what she was doing with her hands during a particular shot.

Of course, Jennifer Lawrence picked up an award at the Venice Film Festival this year for her role in this film. Where did you find her?

I had the privilege of working with Debra Zane, a great casting director, who sent me audition tapes for three guys and three girls who she deemed the “cream of the crop” of rising actors. The very first moment I saw Jennifer, I wanted to cast her.

Well, my work right now is trying to convince people to go see this movie. [Laughs] A film without an audience is a dead movie. Without an audience, the process is incomplete. If you make a masterpiece and no one sees it, is it really a masterpiece? I don’t think so. The worst thing that could happen to any filmmaker is if people feel indifferent about it, they don’t hate it or love it. Those things you can accept, but not indifference.