A pictorial survey of our favorite talent from this year’s Tribeca Film Festival. 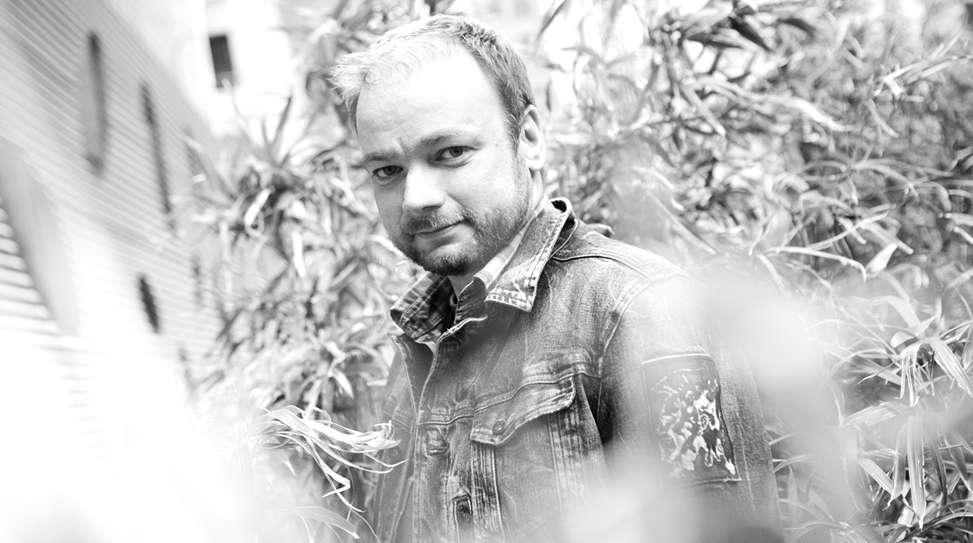 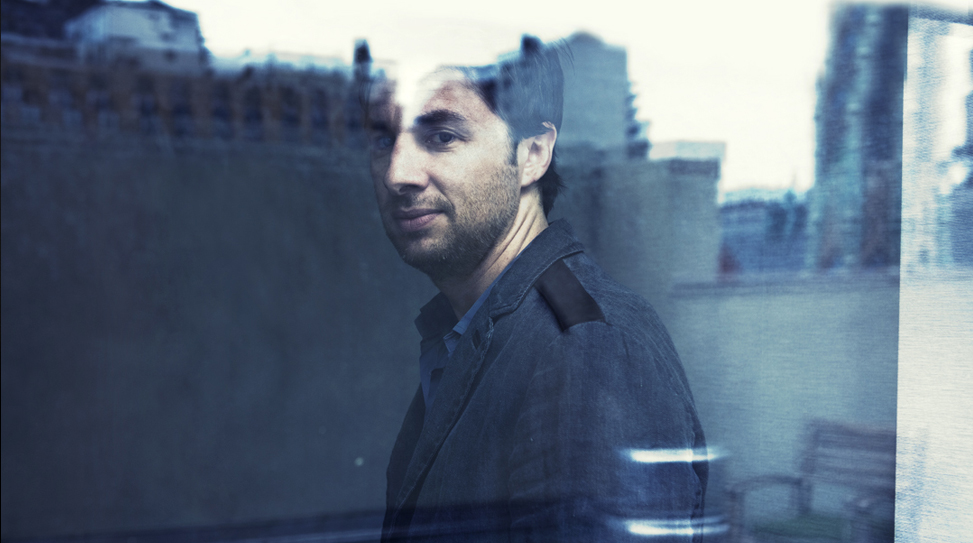 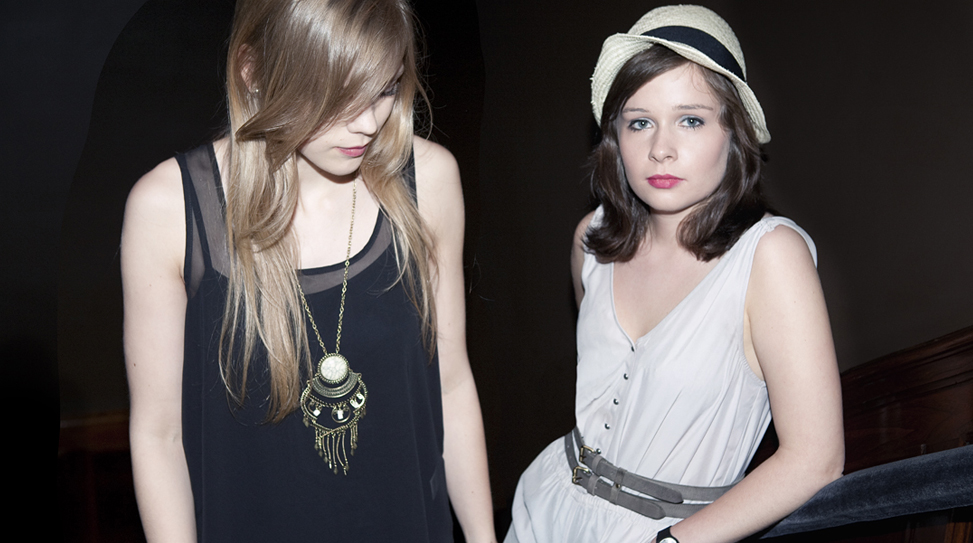 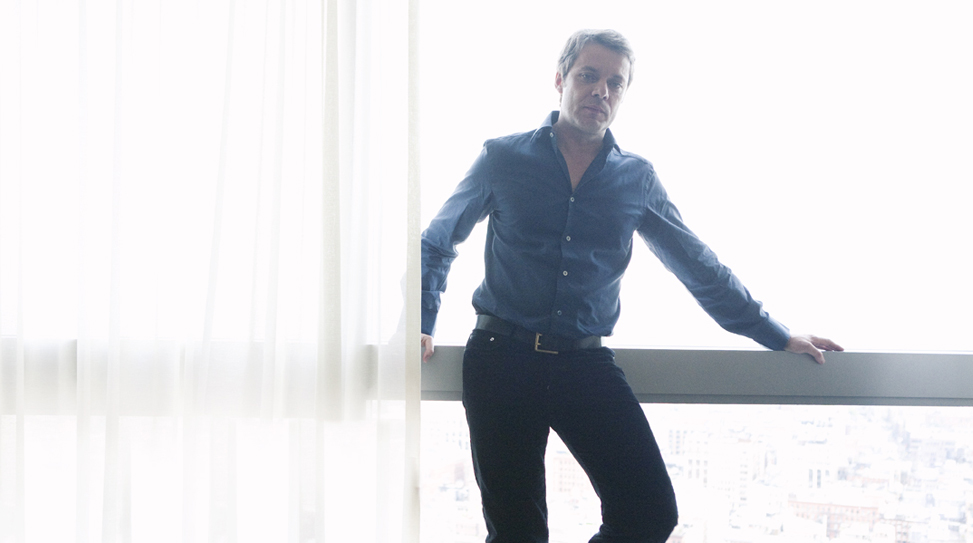 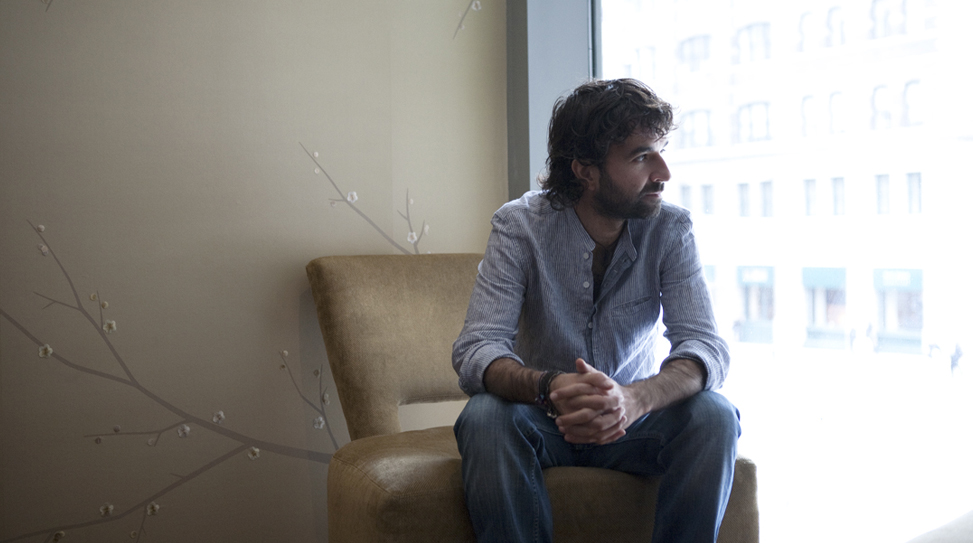 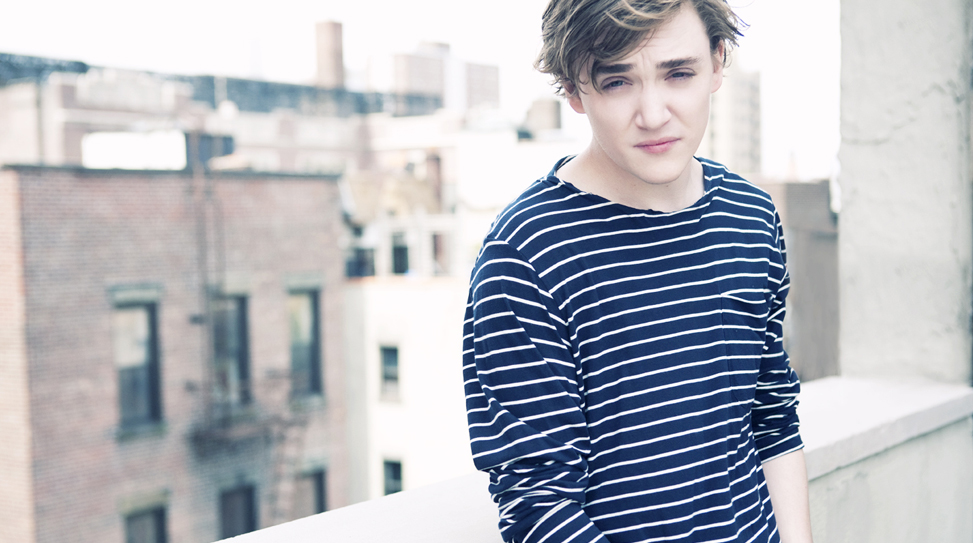 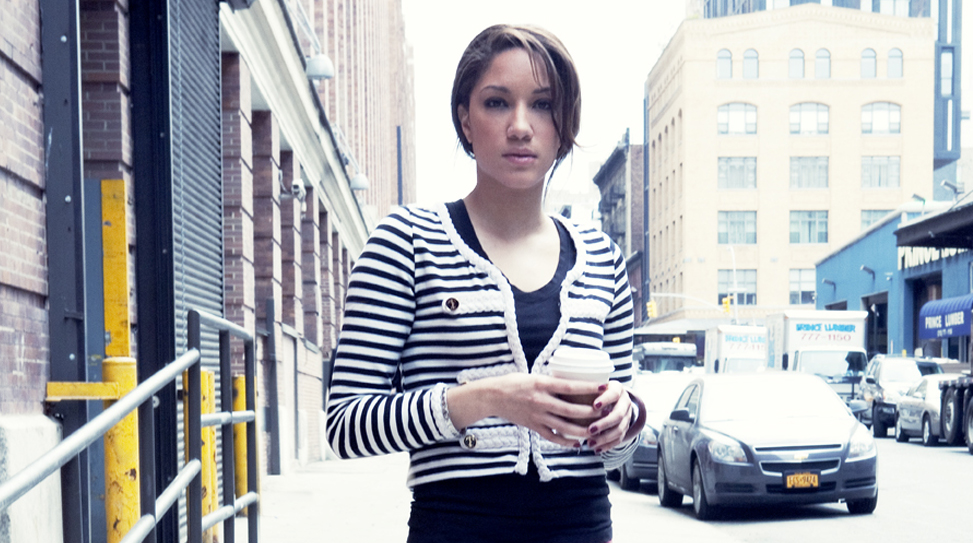 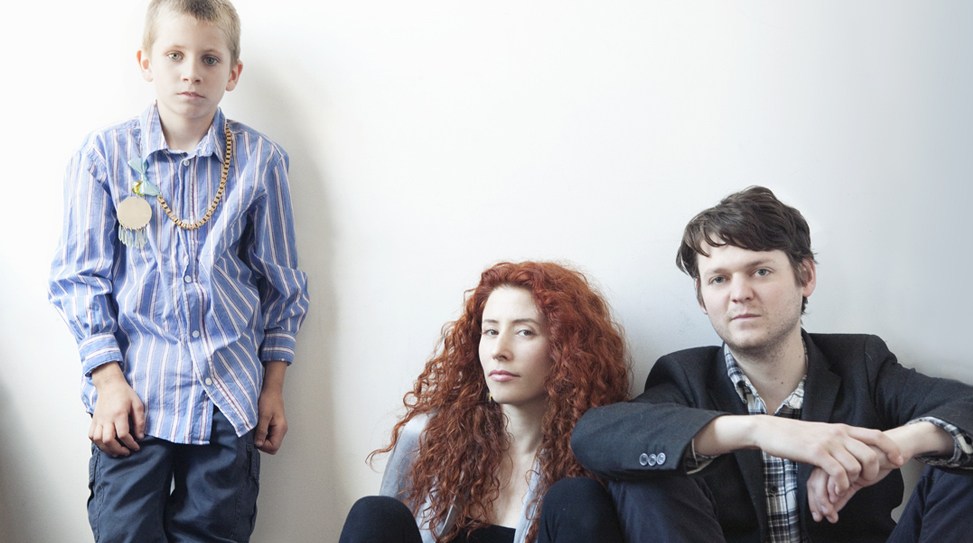 The 10th annual Tribeca Film Festival has now come and gone, and Anthem managed to accomplish what once seemed unfeasible: hit up 60+ press screenings in just 3 weeks. This spells out countless caffeinated drinks, leg-numbing back-to-back features, and the neglect of our bewildered friends (who we later paid back in the form of open bar invitations). For what it’s worth, though, we discovered some amazing talent whose careers we’ll no doubt continue to follow for years to come. We arranged intimate photo shoots with our festival favorites, which took us everywhere from the Trump SoHo to the Chelsea Market, and the Magnolia Pictures’ office to Izhar Patkin’s astounding LES home. So, without further ado, here’s our carefully curated list of talent from Tribeca, which we’re calling the “Tribeca 12.”

Special thanks to Victoria Stevens, Erin Fischer, Marcos Diaz, Alexander Wolf, Dominick Volini, and the Tribeca Film Festival for making this all happen.

Zach Braff, star of The High Cost Of Living

Where were you born? South Orange, New Jersey

What is The High Cost of Living about? It’s about how this horrific car accident changes the lives of two people under the most odd circumstances imaginable. They find comfort in each other after this tragic event, which ends up changing both of their lives forever.

Who do you play? I play Henry Welles, an American living in Montreal. He’s living there illegally so he sells prescription medication to get by.

What can we expect from you next? The Devil and the Deep Blue Sea is a movie I’m starring in next with Chloe Moretz and Jessica Biel, which is due in the fall. It’s about a guy who loses his wife and ends up befriending a young homeless girl.

What do you make of the Tribeca Film Festival? I love New York City and I love movies about New York City. What celebrates that better than Tribeca? I think it’s a great venue.

The High Cost of Living made its U.S. premiere at the Tribeca Film Festival. It will open in select theaters on May 13. Zach was photographed by Victoria Stevens at the GEM Hotel.

Helene Bergsholm and Malin Bjorhovde, stars of Turn me on, goddammit

Where were you born? Førde, Norway (Helene), Nordfjordeid, Norway (Malin)

What is Turn me on, goddammit about? It’s about a girl dealing with teen life and her sexuality. It’s about what it’s like to grow up in a small town when you’re an outsider and expected to be like everyone else.―Helene

Who do you play? Alma is just a normal girl. She’s sweet, but also a bit weird. She becomes an outcast and we sympathize with her.―Helene

My character is a bit aggressive. I wouldn’t say that she’s angry, but she’s very opinionated and radical in her beliefs. She’s quite smart for her age.―Malin

What can we expect from you next? I don’t have any real plans. I haven’t thought about acting before this movie, but if I were to get interesting offers after this, I wouldn’t say no. I would love to continue acting, but I don’t know what will happen.―Helene

I would love to do art direction on commercials.―Malin

What do you make of the Tribeca Film Festival? Our first screening was fun. We got to sign autographs and I had never done that before, so I just scribbled my name.―Helene

We were at lunch today that was put on by the Norwegian consulate, which was quite funny. It was at this crazy apartment on the 32nd floor. After the week I’ve had in New York, I definitely want to live here now—in a penthouse.―Malin

Turn Me On, Goddammit made its world premiere at the Tribeca Film Festival in the World Narrative Competition and went onto win the Best Screenplay prize. Helene and Malin were photographed by Victoria Stevens at the Paramount Hotel.

Where were you born? Noyon, France

What compelled you to make a documentary about Yves Saint Laurent? It was a contest of circumstances that made me want to do it. I was originally set on producing a film about Yves and Pierre Bergé’s art collection, but soon realized that we were going to have a very boring movie. It became clear to me that what was most important wasn’t the objects, but rather, the love story between Yves and Pierre. I then approached Pierre with this idea and waited with a lot of anxiety.

What can we expect from you next? I’ve produced a lot of films prior to directing this documentary, but I’m done with that now. I’m doing it for me now.

What do you make of the Tribeca Film Festival? The public is very relaxed here. They’re agreeable and nice. It was like that in Toronto as well. It’s very different than in France, for instance, where you need to be accredited in order to see the movies at festivals. When people don’t pay for something, they’re much meaner.

L’amour fou made it’s US premiere at the Tribeca Film Festival. It will open at the Paris Theatre in New York City on May 13 with a national rollout to follow. Pierre was photographed by Victoria Stevens at the Trump SoHo.

Where were you born? Las Palmas de Gran Canaria, Spain

Where do we know you from? I wrote the screenplays for Open Your Eyes, Vanilla Sky, The Sea Inside, and Agora.

What is Blackthorn about? It’s a reimagining of the legendary bandit Butch Cassidy who supposedly disappeared in 1908 and treating the story as if he was still alive. The film takes place 20 years after he “died” while he’s hiding out in a village in Bolivia under the assumed name James Blackthorn. It’s here that he runs into a Spanish engineer who has robbed a big mine company and the adventure begins.

What can we expect from you next? I’m not sure. I have a completed script and there are some other ideas that I’m interested in. We’ll just have to wait and see.

Blackthorn made its world premiere at the Tribeca Film Festival in the World Narrative Competition. Mateo was photographed by Victoria Stevens at the Trump SoHo.

Where were you born? West Chester, Pennsylvania

Where do we know you from? Probably from Veronica Mars, Big Love, Jennifer’s Body, and A Nightmare of Elm Street(the remake).

What is Magic Valley about? It observes 24 hours in a small town with an ensemble cast where one event kind of shakes up a couple people’s lives. It’s a day of seeing things happen and how things progress. It’s interesting because the movie is more like a backstory for a movie. Our movie ends where most movies start.

Who do you play? I play TJ Waggs, a kid who comes home after a very specific event takes place. It becomes pretty clear at the beginning of the movie what I did. It’s about my character dealing with this traumatic event and sort of waiting for someone to ask him if he’s okay—but that never comes.

What can we expect from you next? Kevin [Smith] wants me to do Hit Somebody with him so I’m waiting to read that script. Red State will open in October and I’m waiting to see what happens with Little Birds. They were both at Sundance this year.

What do you make of the Tribeca Film Festival? Tribeca is different from other festivals because it forces you to explore the city while you track down the venues. It makes you feel really involved with New York. It’s getting better every year.

Magic Valley made its world premiere at the Tribeca Film Festival. Kyle was photographed by Victoria Stevens and styled by Erin Fischer at the GEM Hotel. He’s wearing Shipley and Halmos.

Where were you born? New York, New York

What is Maria My Love about? It’s a really intimate story about a girl who tries to cope with her mother’s death, and in order to do that, she starts this project where she helps someone else, but it doesn’t really work out the way that she had planned. In the end, they help each other in unexpected ways.

Who do you play? I play Ana, a very simple American girl.

What can we expect from you next? I intend to win the lottery! [Laughs] I just shot a pilot called “Rookies,” which is produced by Robert De Niro and Jane Rosenthal, so I’m excited for that.

What do you make of the Tribeca Film Festival? It’s in New York and it’s awesome! Jane Rosenthal pretty much runs the world and she’s an amazing person that I look up to. As for Robert De Niro, what can I say? He’s amazing.

Maria My Love made its world premiere at the Tribeca Film Festival. Judy was photographed by Victoria Stevens at the Chelsea Market.

What is Bombay Beach about? It’s about a sea in the middle of the desert that used to be a dreamy vacation destination, and now a strange and beautiful pool of dead fish. It’s about the people that live around it, their stories, and how they speak and move. It’s about music and dance, and love and sorrow. It’s about loneliness and community.―Alma

Why did you want to tell this story? It’s made from the things I cherish about life. It made me feel like I understand something about it that not a lot of people see.―Alma

What can we expect from you next? I’m going to visit my friends in Bombay Beach after this win and celebrate. And, you know, more films!―Alma

What do you make of the Tribeca Film Festival? I love the great openness that both the programmers and the jury have. It’s a festival that has no agenda other than highlighting good films in the middle of NYC and in front of the best press in the world. Of course, there’s also the fact that you get to shake Robert De Niro’s hand if you win—you can’t beat that.―Alma

Bombay Beach made its North American premiere at the Tribeca Film Festival in the World Documentary Competition and went onto win the Best Documentary prize. Zach, Alma, Benny, and Pamela were photographed by Victoria Stevens in Brooklyn.

How old are you? 38 Where were you born? Bergen, Norway

What is Trollhunter about? It’s about a group of film students who come upon this weird guy and follow him into the forest in Norway. They find out that he’s a government employed troll hunter who makes sure that the trolls are staying within the reserves of the country and not wrecking havoc on the countryside.

What can we expect from you next? After Trollhunter came out, I got an agent at William Morris/Endeavor, which opened up a lot of doors. I’m currently developing a story in the same vein as Trollhunter, but directed at the American audience with American mythology. I’m also working on a science fiction project that’s being funded by the Norwegian government.

What do you make of the Tribeca Film Festival? I love the fact that it’s in such an amazing place! We had a screening last night and the audience was so lively; they were livelier than most audiences that I’ve seen Trollhunter with so far. We got a fantastic reaction last night. I’m really proud.

Trollhunter made its New York premiere at the Tribeca Film Festival. It will hit select theaters on June 10. André was photographed by Victoria Stevens at the Magnolia Pictures’ office.