We debut a new track and film for the acid house-meets-Italo act as well as interview the musicians behind the project. 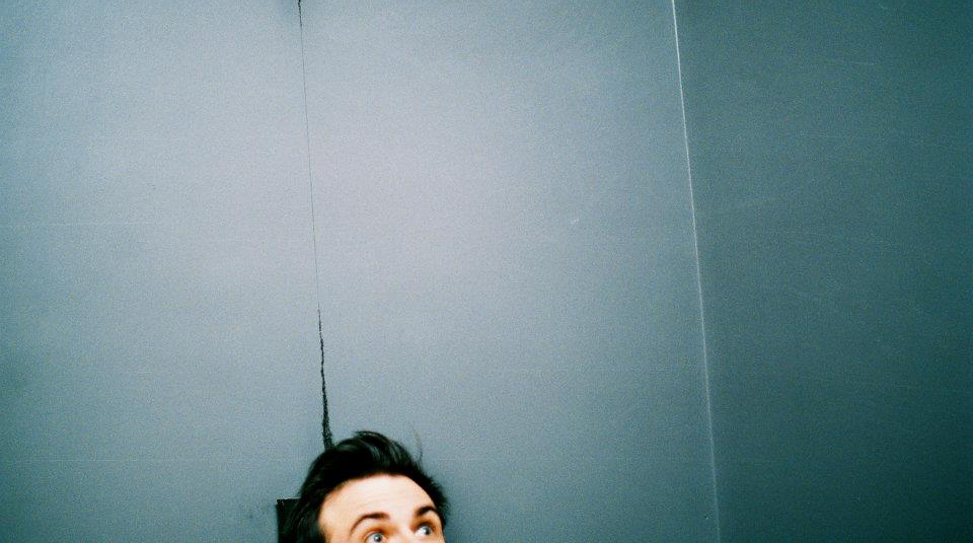 A week or so ago, the Anthem HQ in NYC received an email from John Barclay, a man we’ve come to know over the years, largely because of his involvement in the party scene (he’s worked with numerous promoters, like Let’s Play House). This message wasn’t about some underground rave, however―instead, Barclay wanted to share with us a music video for his new project, DUST. We were blown away, to say the least. “Dark Pleasures” is equal parts throwback Italo and distorted, warbly acid house; the kind of stuff you’d hear in a smoke-filled club, late at night and deep in the creepier corners of Brooklyn.

Here, we present you with the premier of the jam and music video. Check it out and then read on for some info regarding the film and its creator as well as a little Q&A with Barclay himself.

Luke Wyatt is best known for his ‘video mulch’ technique, where hecombines the detritus of dying VHS tapes with carefully-induced computer glitches. Notable works include music videos for Autre NeVeut, Mi Ami, and Steve Summers. His second long-form DVD for the label Peoples Potential Unlimited was released in April, 2012.

“For this video I employed the usual mulch approach, which entails abusive handling of VHS tapes and data dissembling; I lie to the computer.  To collect material, I hit up my usual street sources. There is a homeless guy I pass on my walk to the gym who peddles tapes, and I found a few junky fantasy vids, home-dubbed on dustyMaxells with fun rainbow labels. I cut the stuff to build a world of masks, snakes, and nice, naked backs. Girls get bit in the neck and like it. People in flowing white cloaks walk foggy halls in search of dark pleasures.”―Luke Wyatt

Tell me about yourself. When did you move to NYC? What do you do in the city?

I moved from the swamps of North Carolina to the south side of Williamsburg six years ago.  I was in a noise rock band at the time but that turned into a new wave/disco-pop thing, and now I guess I am attempting to produce Italo disco/house.  Other than that, I put together warehouse raves, occasionally freelance as a writer/photographer, sleep in, make and drink my own juice, and waste a lot of time on the internet.

You started throwing parties―either on your own or with the assistance of other promoters―a few years back. What prompted that? What are you trying to add to the New York City nightlife scene?

I’ve been throwing parties since college.  Basically, I would pay bad drum and bass DJs to spin my new wave and Prince records, and because, at the time, in my town, that was the closest thing to a “hip” dance party, it took off and I felt really cool.  Then I moved up here and had to face the fact that no one thought I was cool or gave a fuck about my parties anymore.  Me and my business partner, Josh Novicki, a fellow North Carolinian, really missed people thinking we were cool so we decided to do something really stupid/awesome and open a giant rave warehouse, 285 Kent. We thought it was really neat, but the NYPD didn’t and they arrested me. So then we opened another mega warehouse venue in Greenpoint, which, of course, got shut down immediately. At that point, it was clear that the whole permanent venue thing was not our destiny so we started throwing one-offs at random warehouses in north Brooklyn under the moniker Midnight Express.

We want everything to be over-the-top.  We’ll do things like put an industrial fog machine in the DJ booth and blast it when the headliner starts spinning or have our performers suspended from aerial rigging, flying around the room while singing.  Basically, the same things a 4th grader would do if he/she were in charge of a party, but with slightly better taste in music.  Our ace of spades is our lighting guy, Jared Spafford, who sets up next to the DJ and triggers everything manually with a drum machine.  He is a puppet master from hell and he will turn any regular party into an inferno.

What’s the thing you love most about New York?

And what do you wish would change?

What’s this DUST project all about? When did it start and where is it going?

DUST is a studio collaboration between me and my old friend Michael Sherburn.  We both dabble in a pretty wide spectrum of genres but everything we are releasing under this project is pretty heavily influenced by the darker side of 80s/90s European disco and house.  It’s an open project where we are all about working with several vocalists and other musicians.  Our first couple tracks are fronted by Angela Chambers but we’ve also been working with Rogelio Ramos of Glazz, who is equally amazing.  Hopefully everyone will like it and we can start making some nightmare raves happen, but, if not, we will be content to continue getting stoned, watching reptile conspiracy videos and writing beats in our bedrooms.

What are some things you’re looking forward to this year, both personally and generally?

I think it’s gonna be a great summer for dance music in Brooklyn.  There’s a lot of producers and promoters doing great things for the right reasons and I think it’s about to pay off.  I am specifically looking forward to a party we are throwing with our friends/idols Let’s Play House with Morgan Geist, Jacques Renault, and Eli Escobar on July 14th.  Gonna be a barn burner for sure.